A WOMAN has been found dead after she was hit by at least five cars on a dual carriageway in Surrey.

The horror unfolded on the A331 in affluent Tongham just after midnight today. 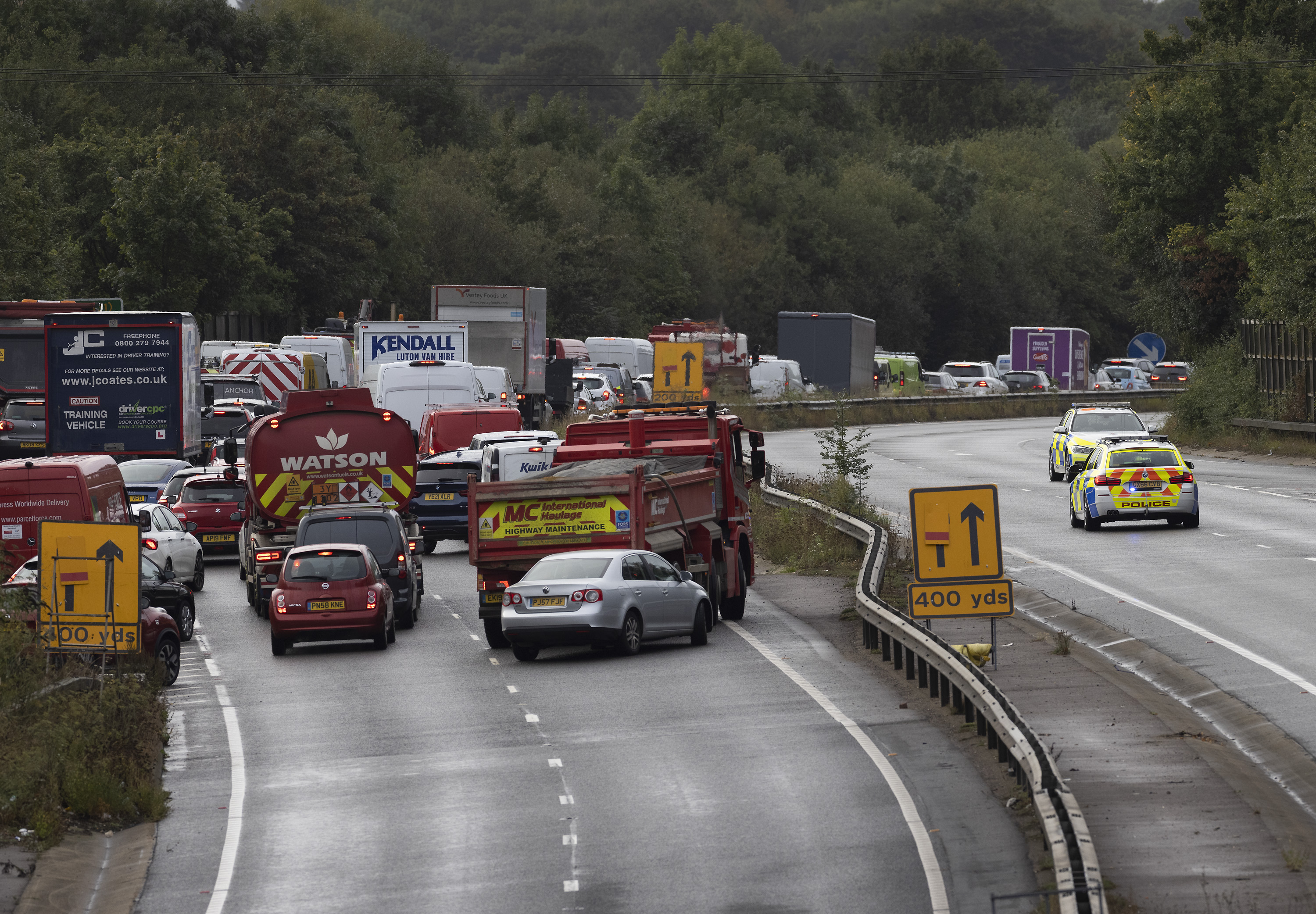 Police have urgently called for witnesses after the casualty's body was found close to the Ash Bridge.

The woman's age and identity have not yet been revealed by traffic officers.

However, they say anyone with information must come forward as they attempt to track down the drivers of the vehicles involved.

The road remains closed in both directions while investigations continue.

A witness reported seeing damaged vehicles near the scene.

In a post on Facebook, they said: "When I went over the roundabout there were definitely cars there that had damage."

In a statement, Surrey Police said: "We were called to the A331 near the Ash bridge shortly after midnight following reports that the body of a woman had been found in the carriageway.

"It is believed she was struck by at least five vehicles and enquiries remain ongoing to identify these vehicles.

"The road is currently closed in both directions while we deal with the incident."

One local said on social media: "My thoughts with her family and friends."

The tragedy comes just two days after a teenage driver was killed in a crash between a VW Polo and a taxi in nearby Oxenden Road.

Eight people – seven of whom were in the Polo – were hurt in the smash at 1am on Sunday.

Frimley Green FC say one of their under 18 players was killed, while several other young footballers were seriously hurt.

Two are fighting for their lives in intensive care.

The taxi driver was taken to hospital with minor injuries.

There were no passengers in his car at the time of the crash.