Woman accidentally killed lover, 73, by giving him sleeping pills ‘because she couldn’t keep up with his high sex drive’

A German woman who gave her lustful 73-year-old partner a lethal dose of sleeping pills to avoid his sex games and then kept his body in the bin has been jailed for seven years.

The former nurse, known as Silvia M., 62, left her lover’s body in the trash for around three weeks after she gave him ‘perhaps four sleeping pills.’

The court in Salzburg, Austria, ruled Silvia had accidentally killed Heinz P. with triazolam after he pestered her for sex. 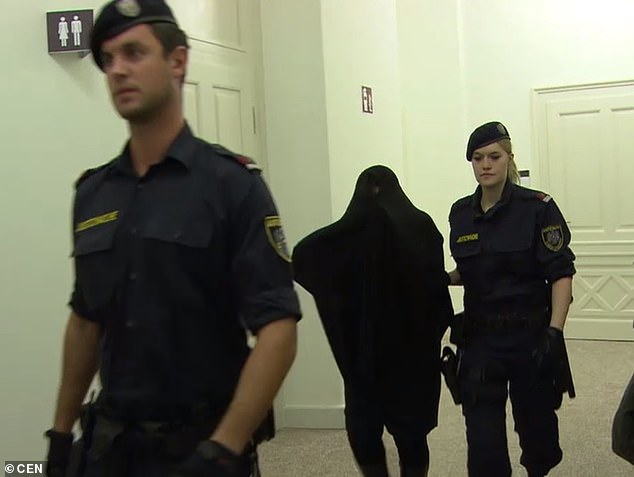 Silvia M., 62, hides her face beneath a black shroud as she is escorted into court by Austrian police 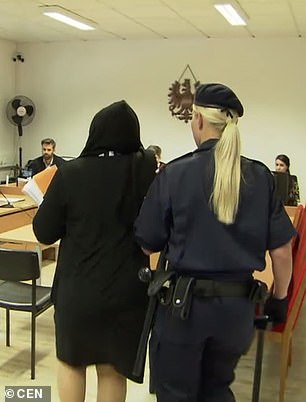 Silvia M. hides her face from cameras as she is led into court by Austrian police at the court in Salzburg

She admitted giving the pensioner the pills in June 2017 so that he would ‘be quiet and go to sleep,’ but denied an intention to kill him.

She told the court the pensioner’s sex games had become too much for her to bear.

According to the indictment, she failed to account for the quantity Viagra and the amount of alcohol consumed by Heinz, which enhanced the effects of the sleeping pills on the elderly man’s body.

The next day, Silvia found Heinz dead in the bed.

Silvia has a lengthy criminal record in Germany and comes from Berlin.

As she was sought by German cops in connection with various fraud cases, she decided not to inform the police out of fear of being arrested and extradited to Germany.

Instead, she dragged Heinz’s body to his garage, wrapped his body in plastic and put the corpse in a rubbish bin. 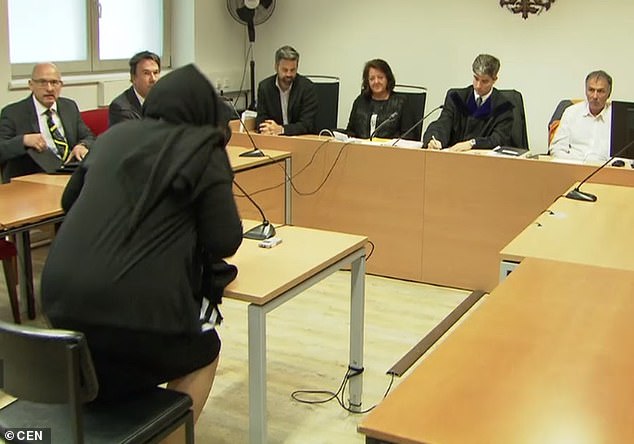 Silvia M. was jailed for seven years on charges of GBH after she provided her lover with a lethal dose of sleeping pills to curb his libido in June 2017 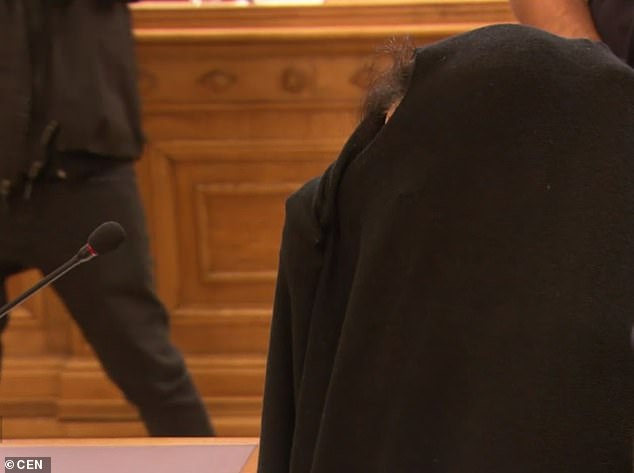 According to the indictment Silvia (pictured) failed to take into account the quantity Viagra and the amount of alcohol consumed by Heinz P.

But the body was discovered later that month and Silvia was arrested on suspicion of murder.

According to a pharmacological expert, the number of tablets Heinz was given was sufficient to be toxic.

However, the exact cause of death could not be established because the corpse was found to be in an advanced state of decomposition.

During the estimated three weeks in which the body was left to rot in the rubbish bin, Silvia sold Heinz’s car and used his credit card.