A WOMAN who spent more than 30 years turning a pair of rundown cottages into her own life-sized doll house says her changes have made the property unsellable.

Mary Rose Young, 61, has been painting her home in Lydney, Gloucestershire in bright colours by hand since 1987. 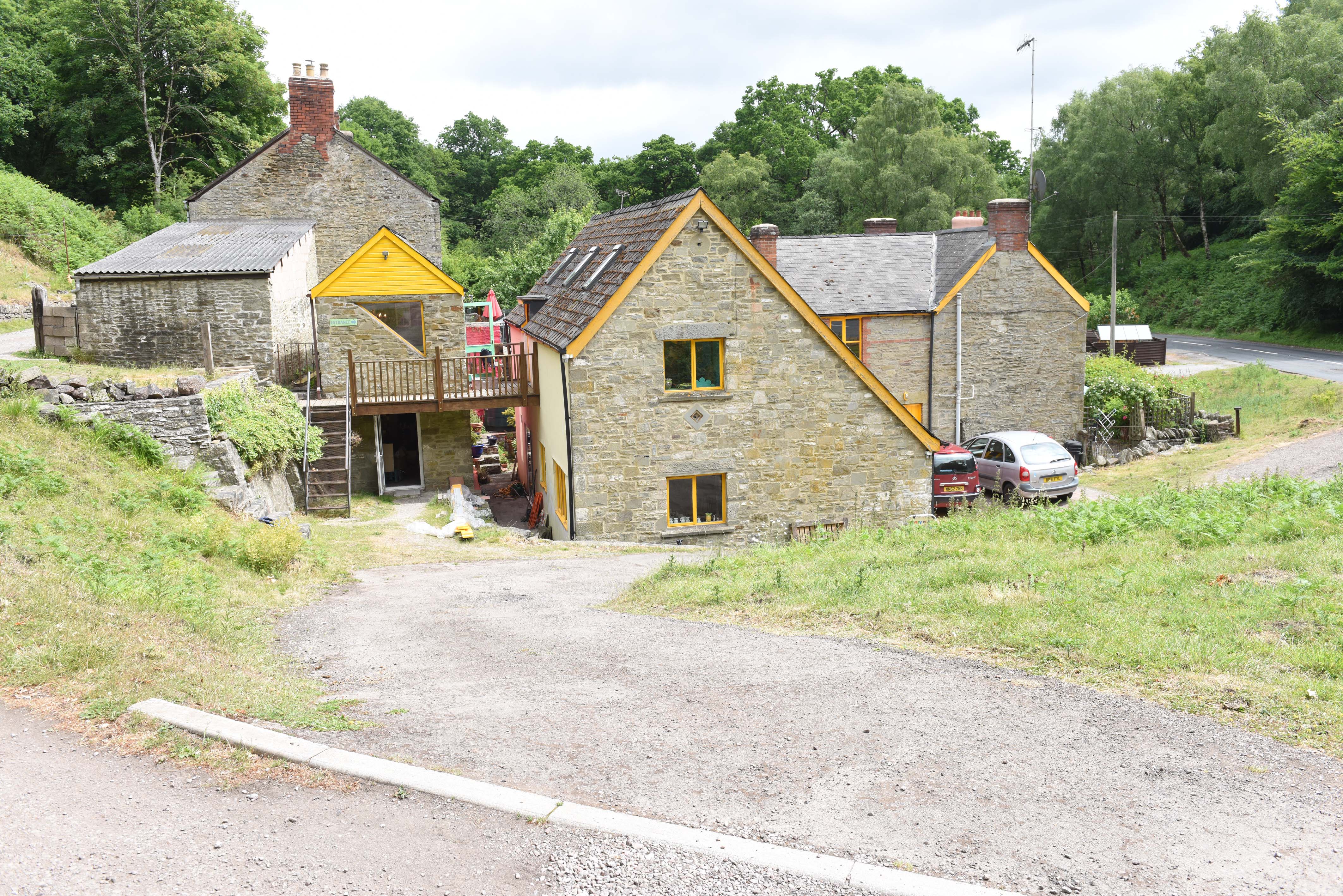 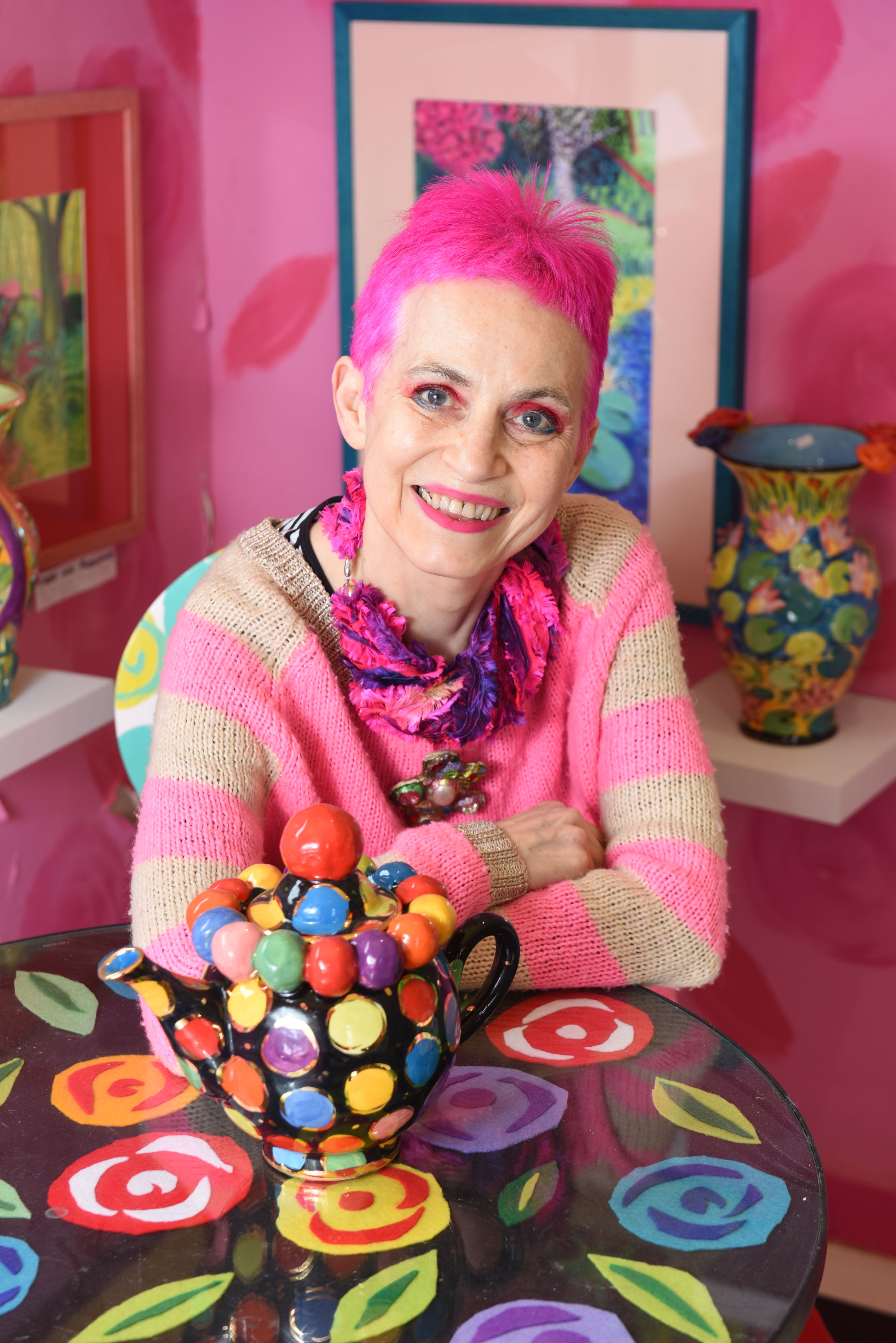 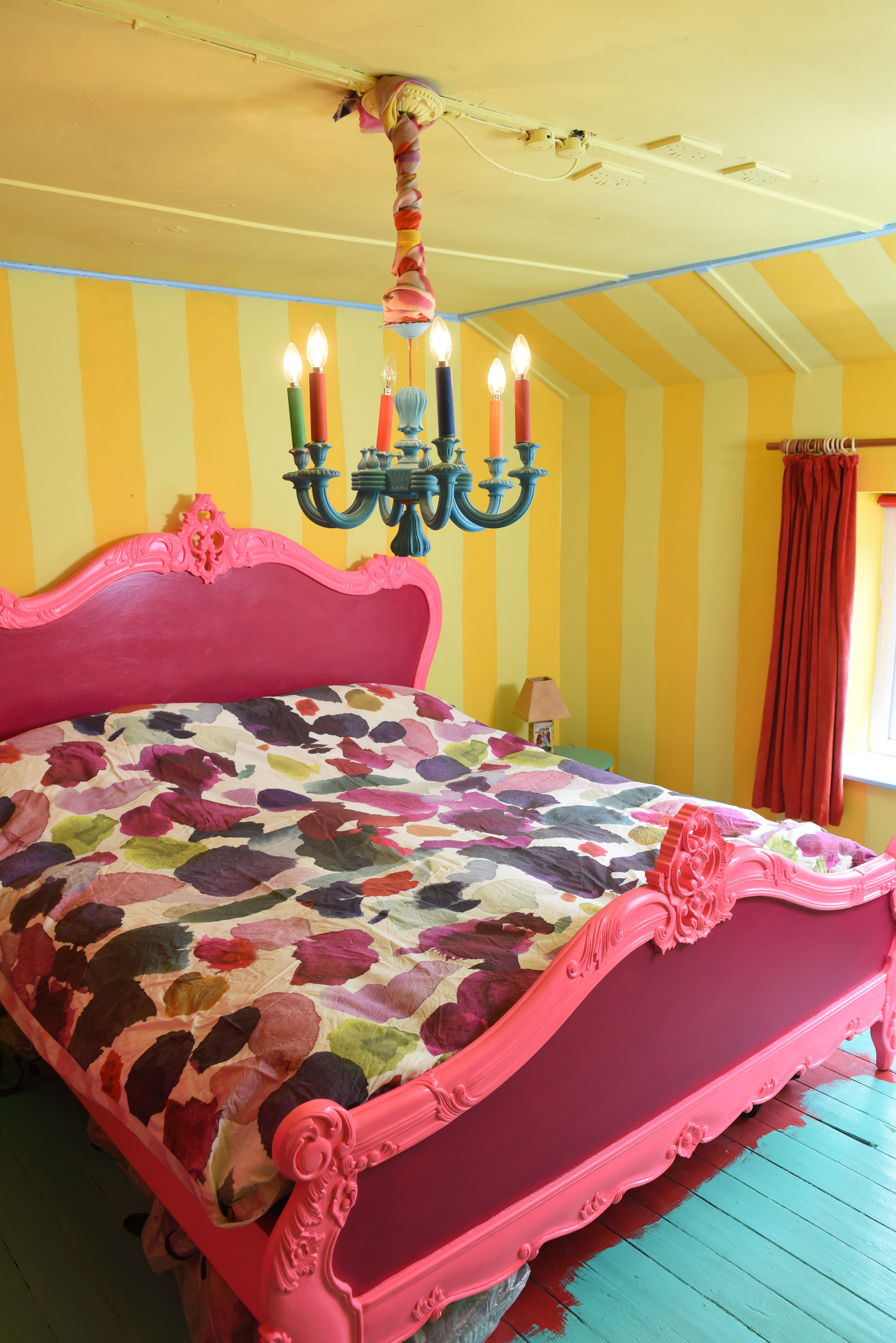 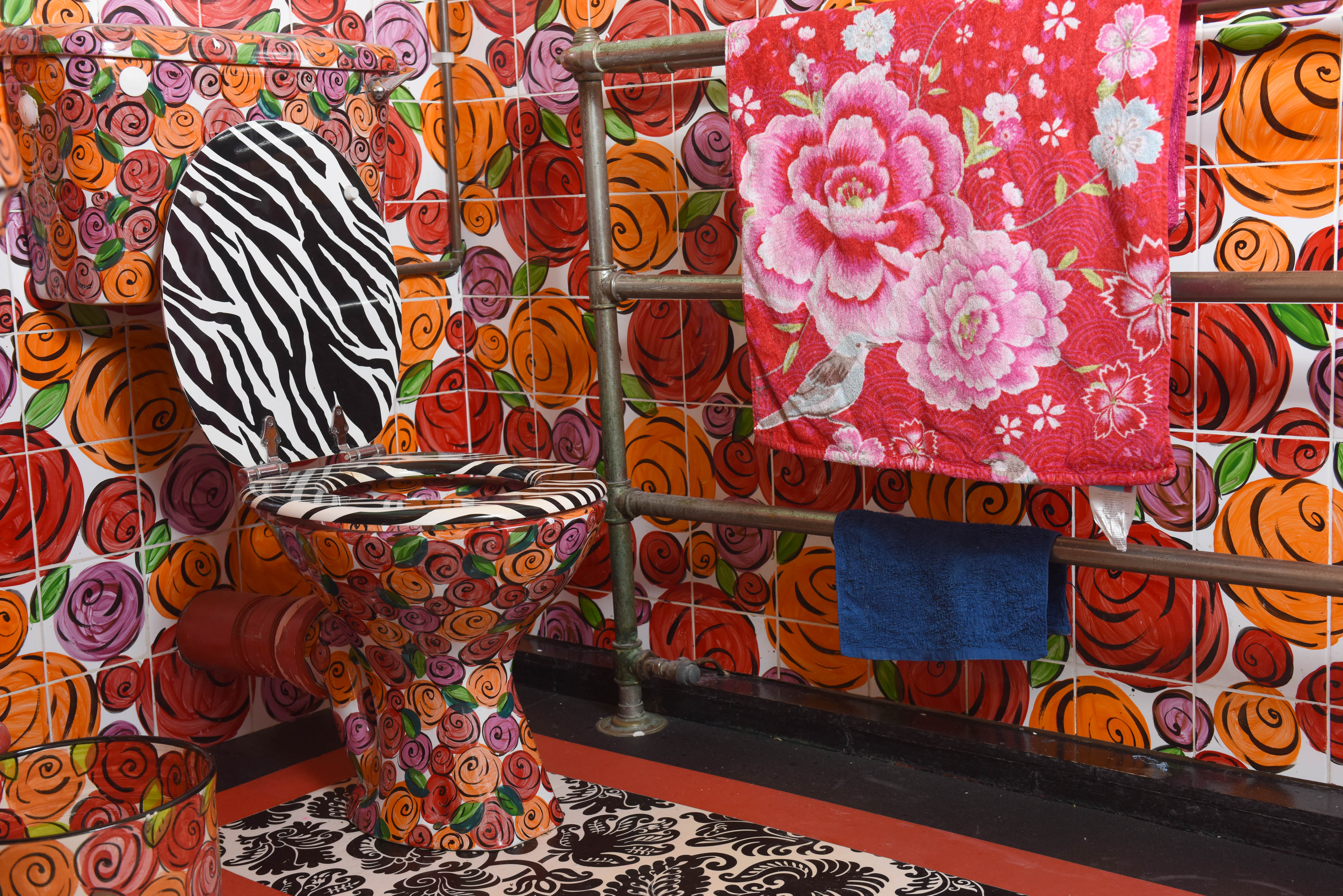 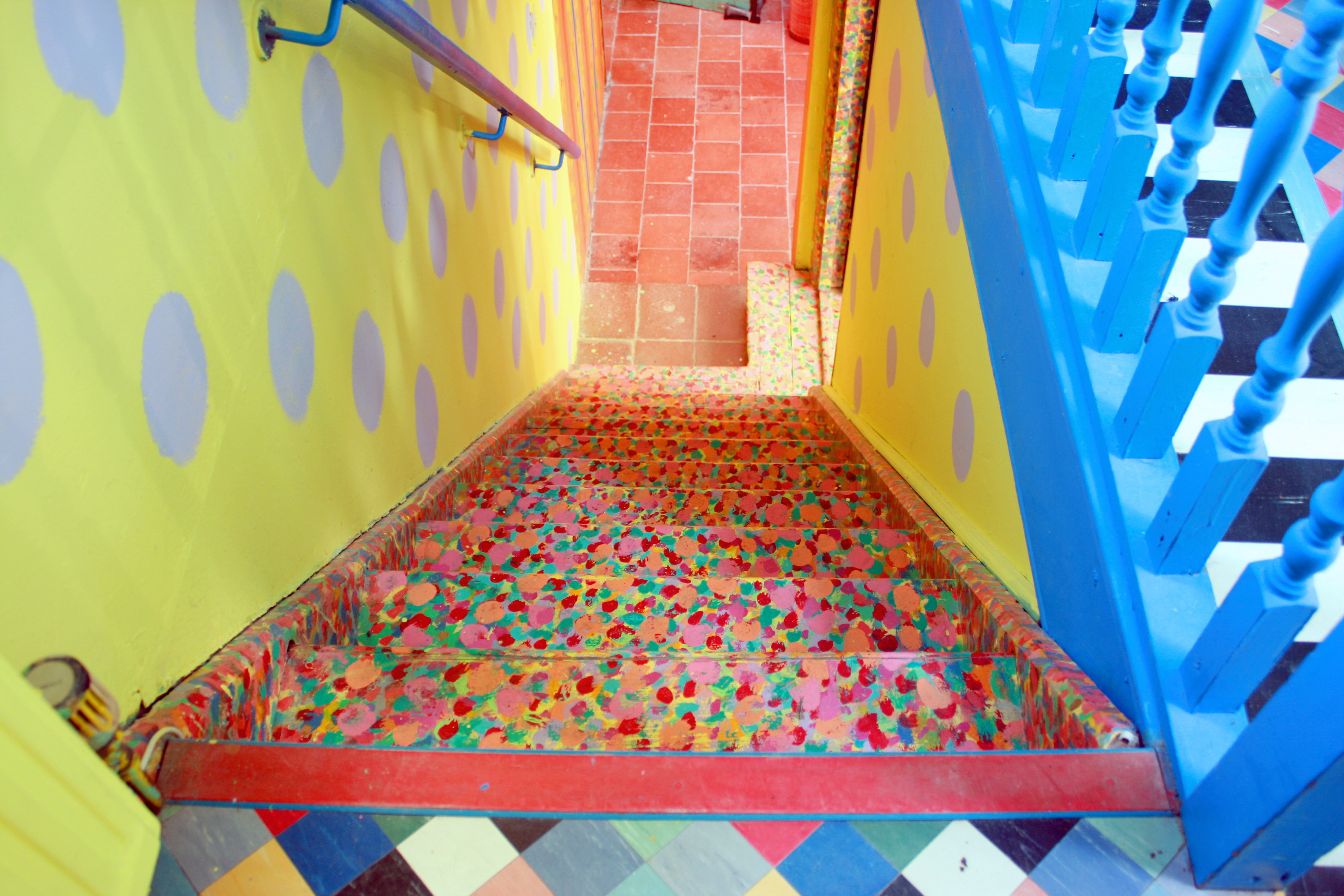 She bought the two cottages – once lived in by squatters – for just £30,000, and after years of pain-staking renovations she decided to sellin 2014.

Real estate agents told her the home should be worth at least £500,000, but its eccentric style meant it has failed to drum up any serious interest.

Only one curious person was persuaded to view the house and they chose not to buy.

Ms Young hoped to sell the home to open up a boutique bed and breakfast nearby.

The cottage is full of vivid colours, including striking yellow and green walls, black and white tiled floors, a zebra-patterned toilet seat and bright pink furnishings – the same colour as Ms Young's hair. 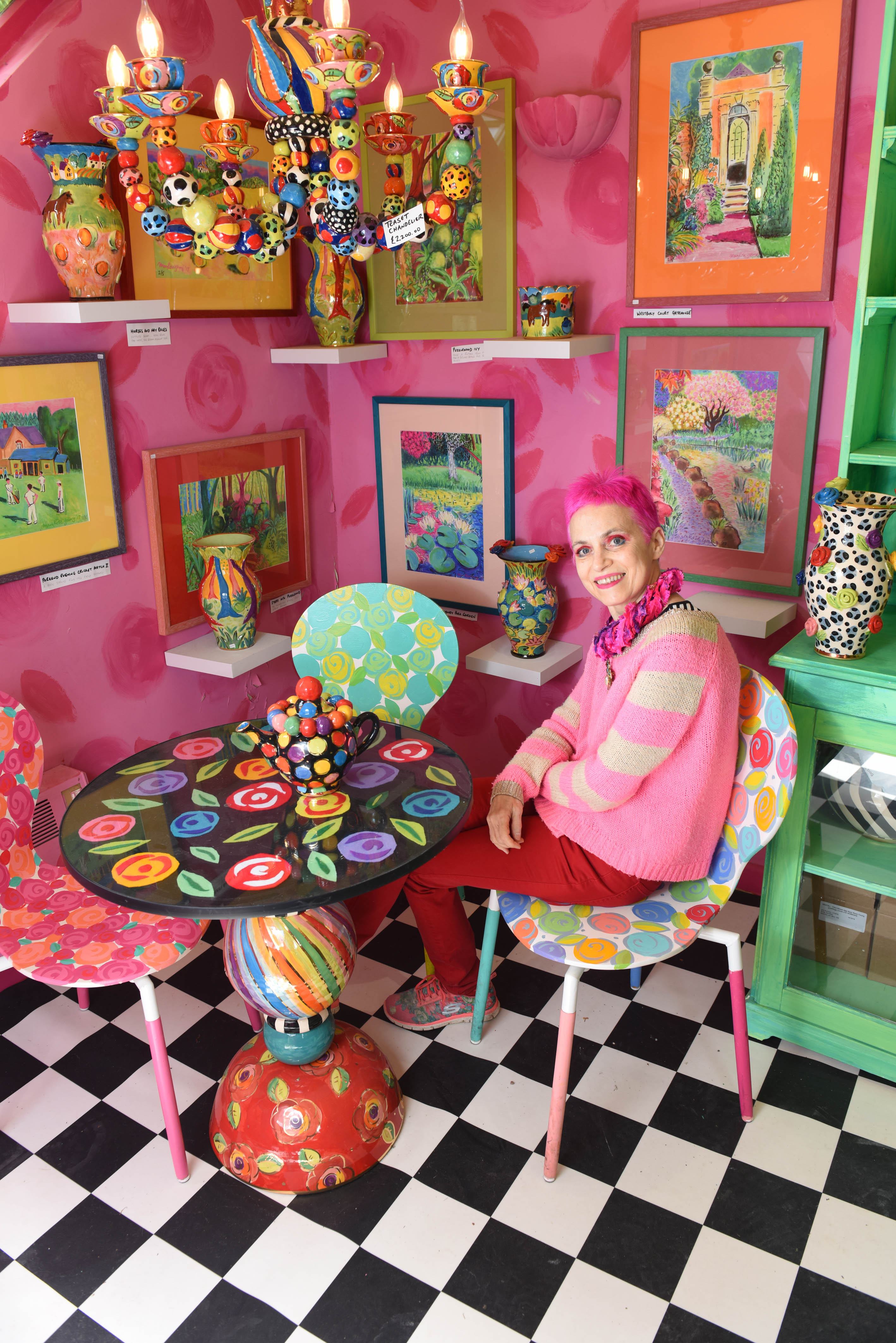 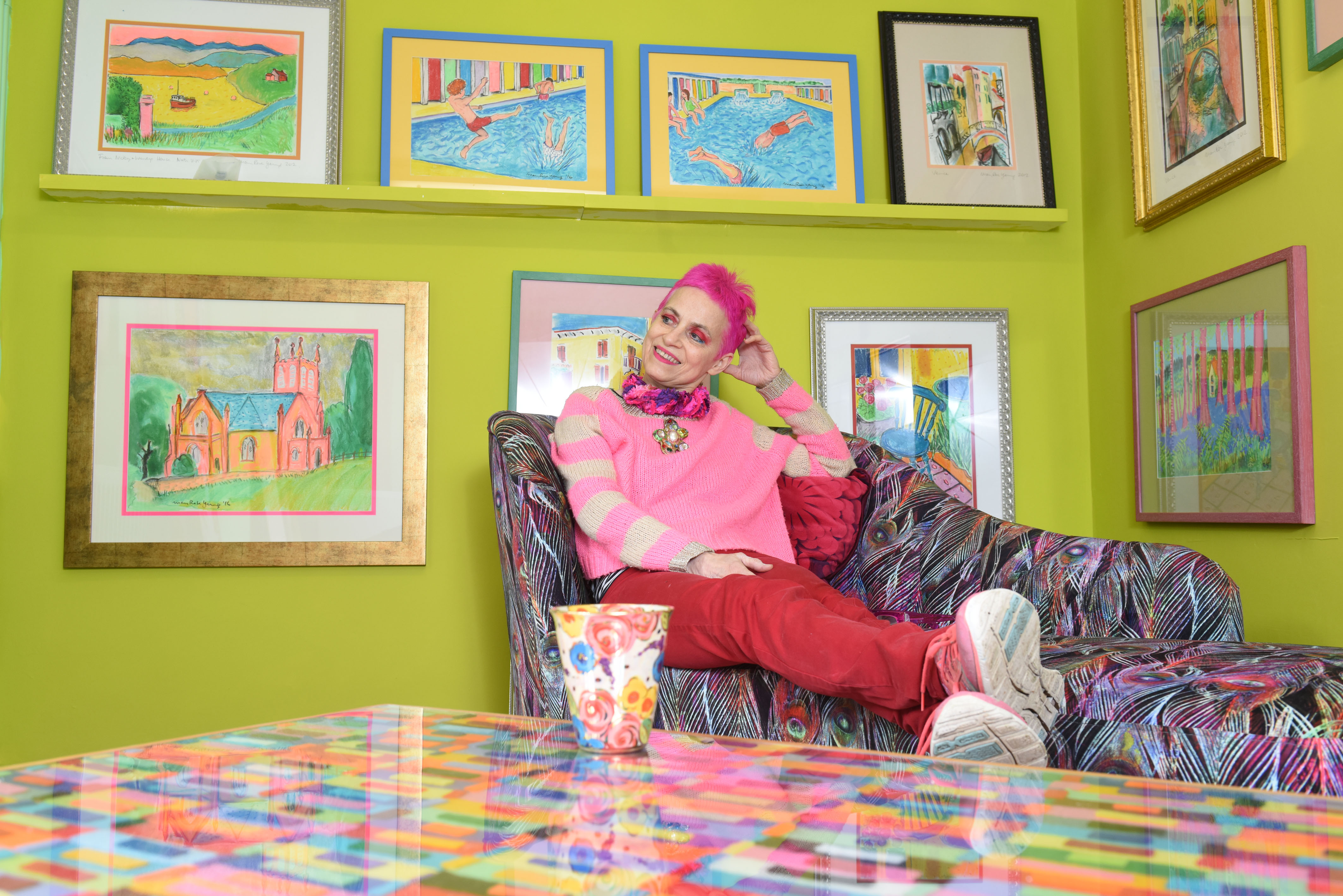 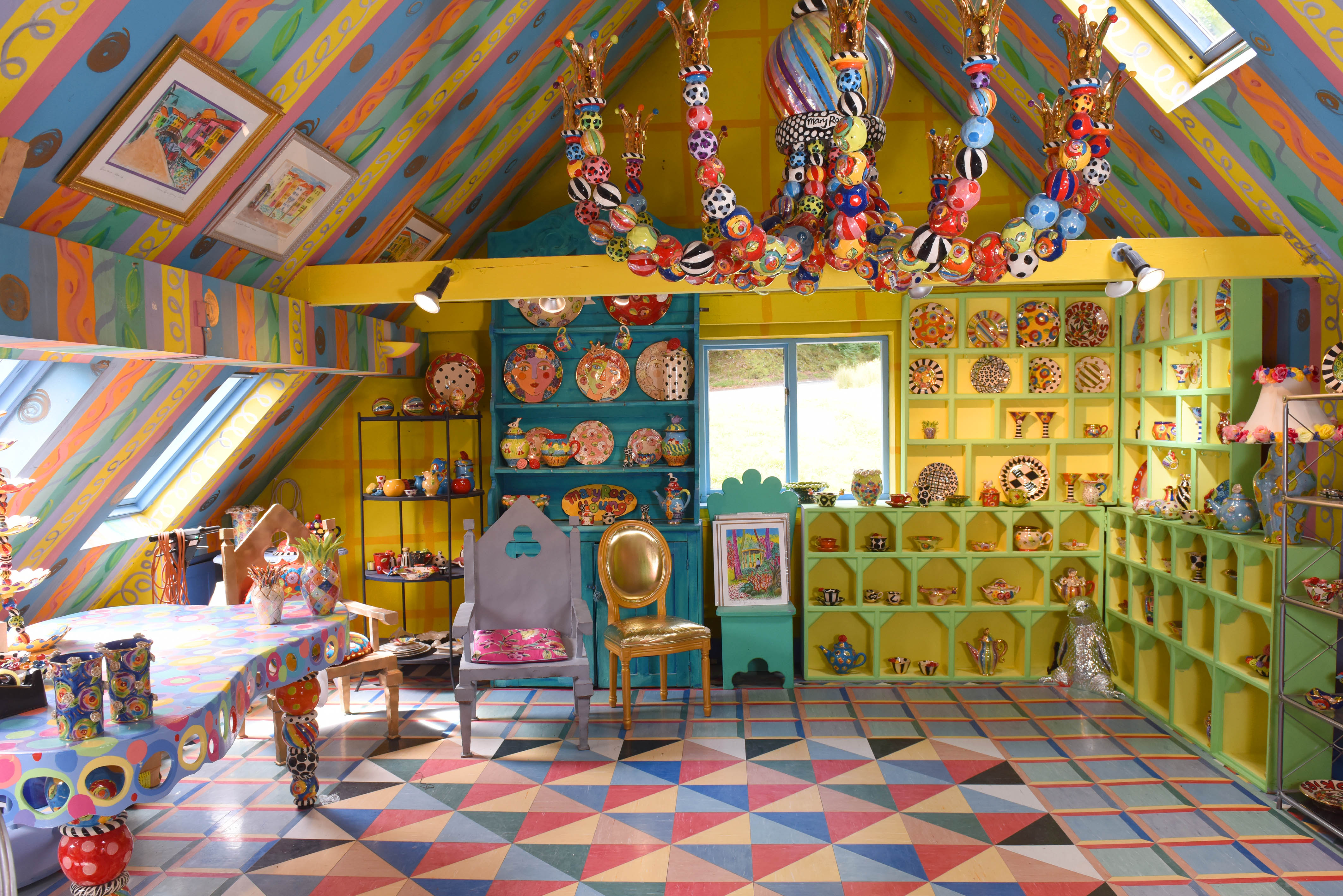 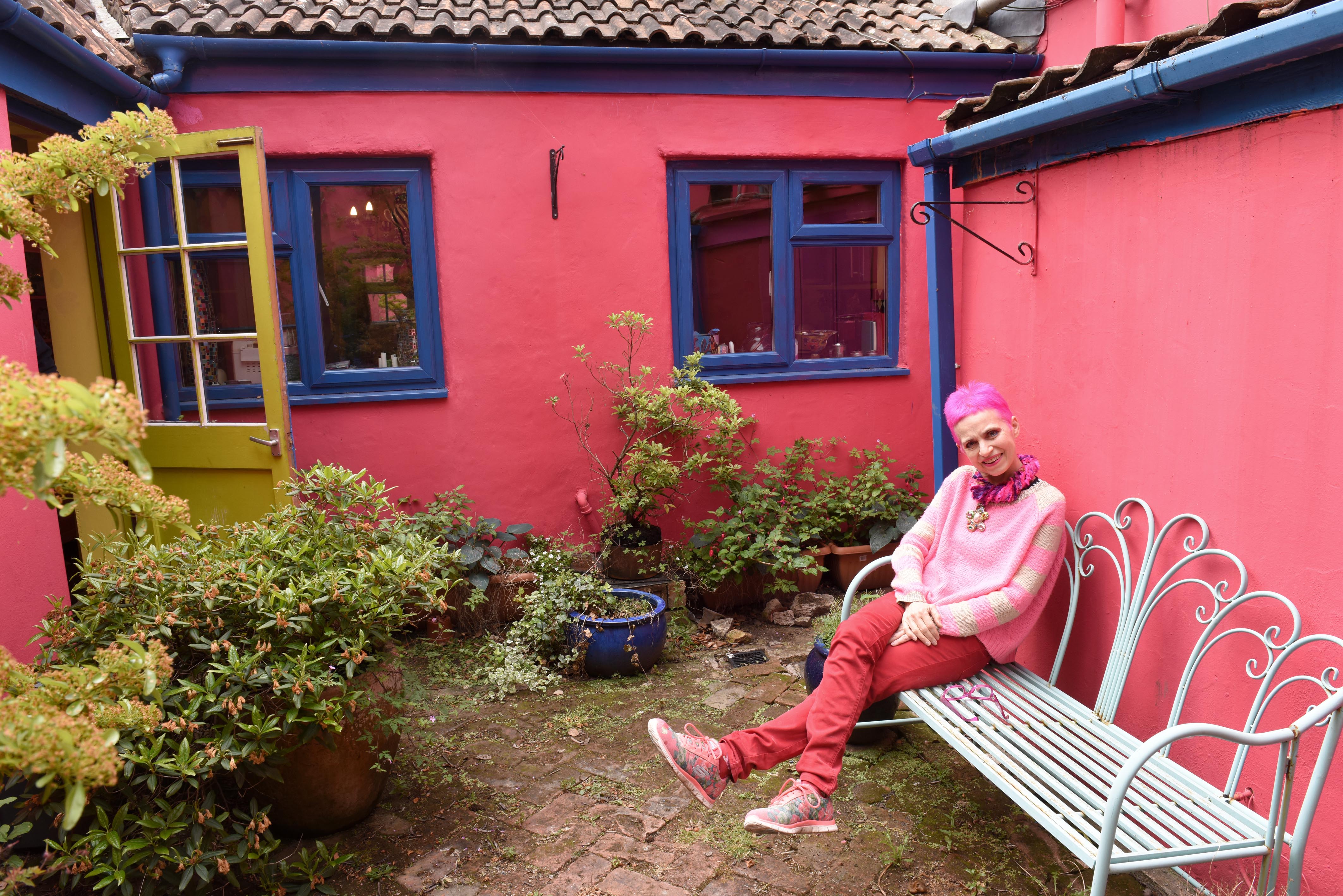 She shares the house with her musician husband, Phil Butcher, 62.

Despite a lack of buying interest Ms Young refuses to change the style of her home.

“I love my house and the house really works for me. I’m a colourful person and I even have pink hair. I like it more and more as I get older," she said.

“I made this house around my own life and I wasn’t thinking about it being sellable.

“We’re living like two children in a doll’s house and in retrospect why would anybody else want to buy it? 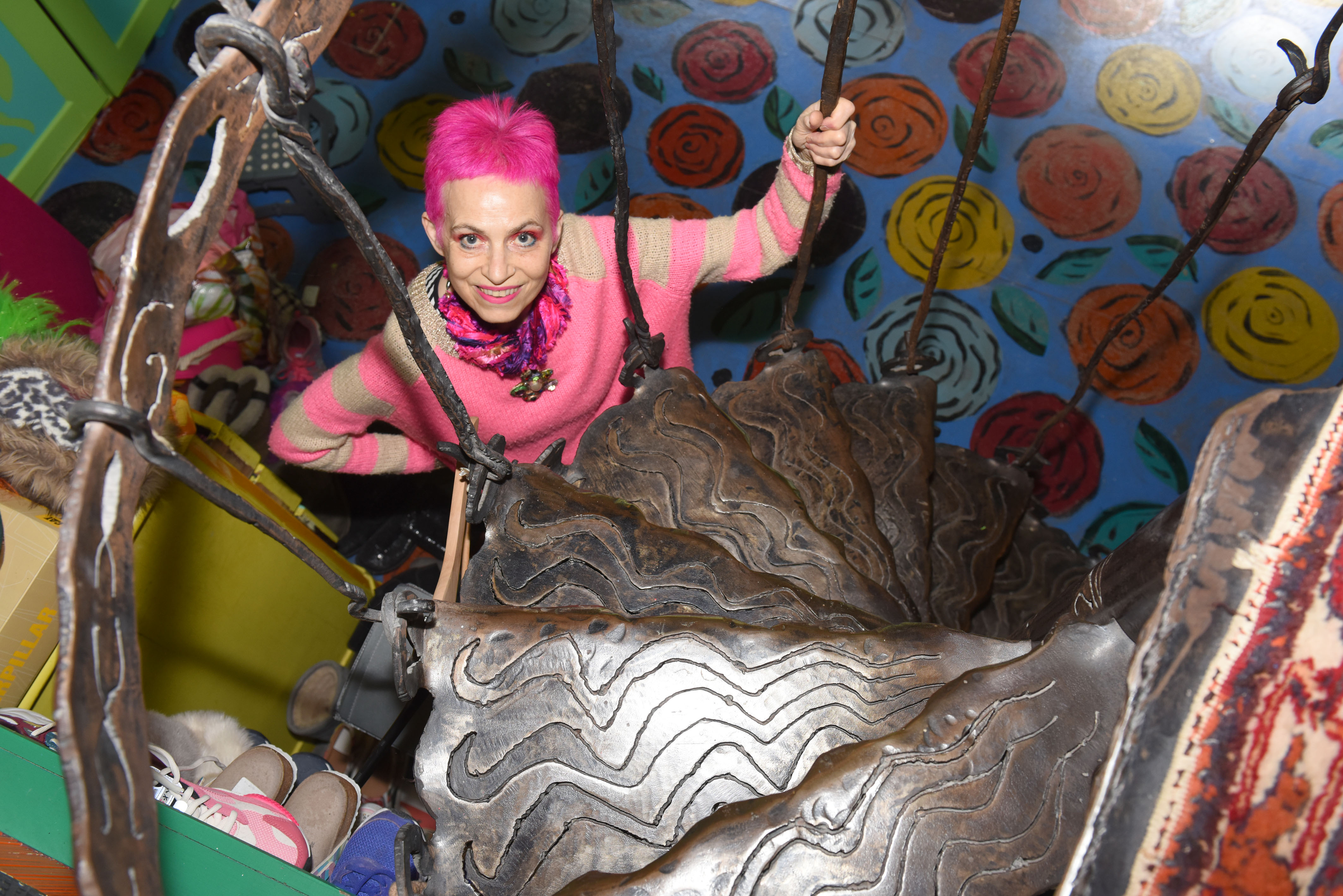 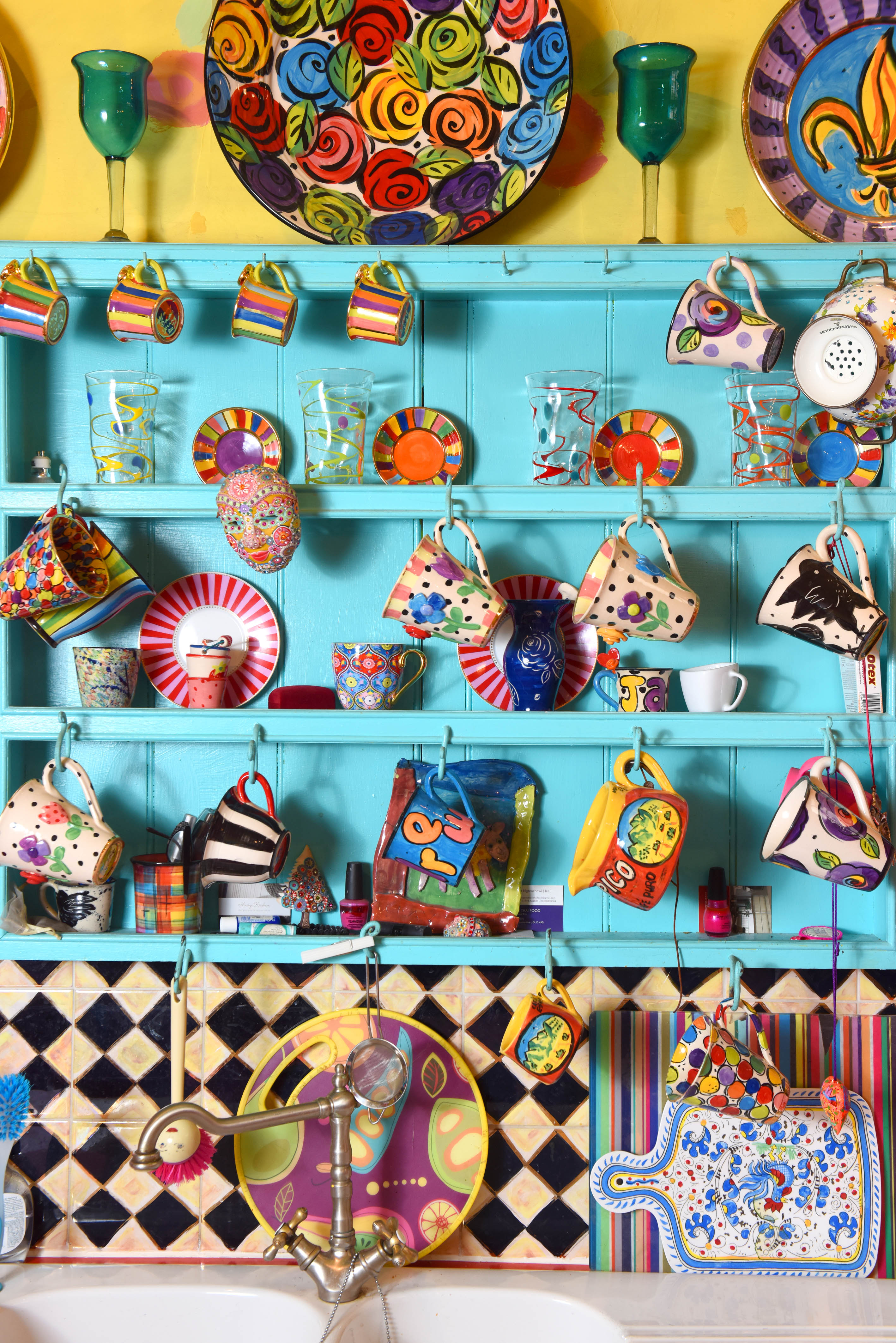 Ms Young said she enjoyed transforming the property from two rundown cottages into a colourful "playhouse for adults".

“It became a really fun project for me on the side of my pottery business and I was so galvanised by it I ended up neglecting my pottery at times.

“I painted it all myself and I would get help for some bits if I was in a hurry and was trying to work on the pottery. When you do it by yourself, you do it with all your heart.

“I’ve stopped noticing how colourful it is because I’ve lived here for so long.

“Lots of people are self-conscious and don’t say much when they see the decoration, but the right reaction is to laugh and go ‘oh wow.’

“It should make you feel like a child walking into a sweet shop. I want people to feel like adults can have lots of fun too.” 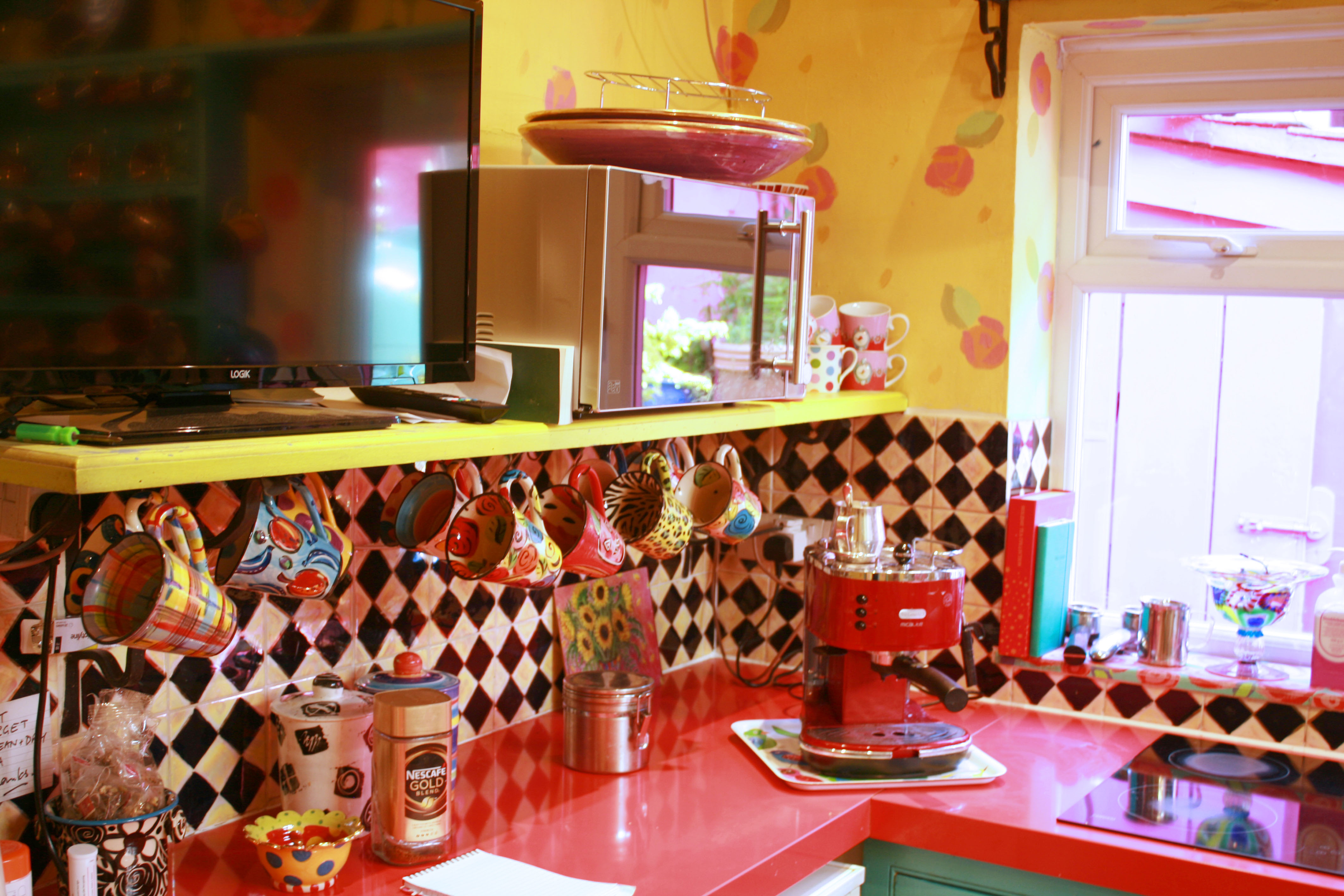 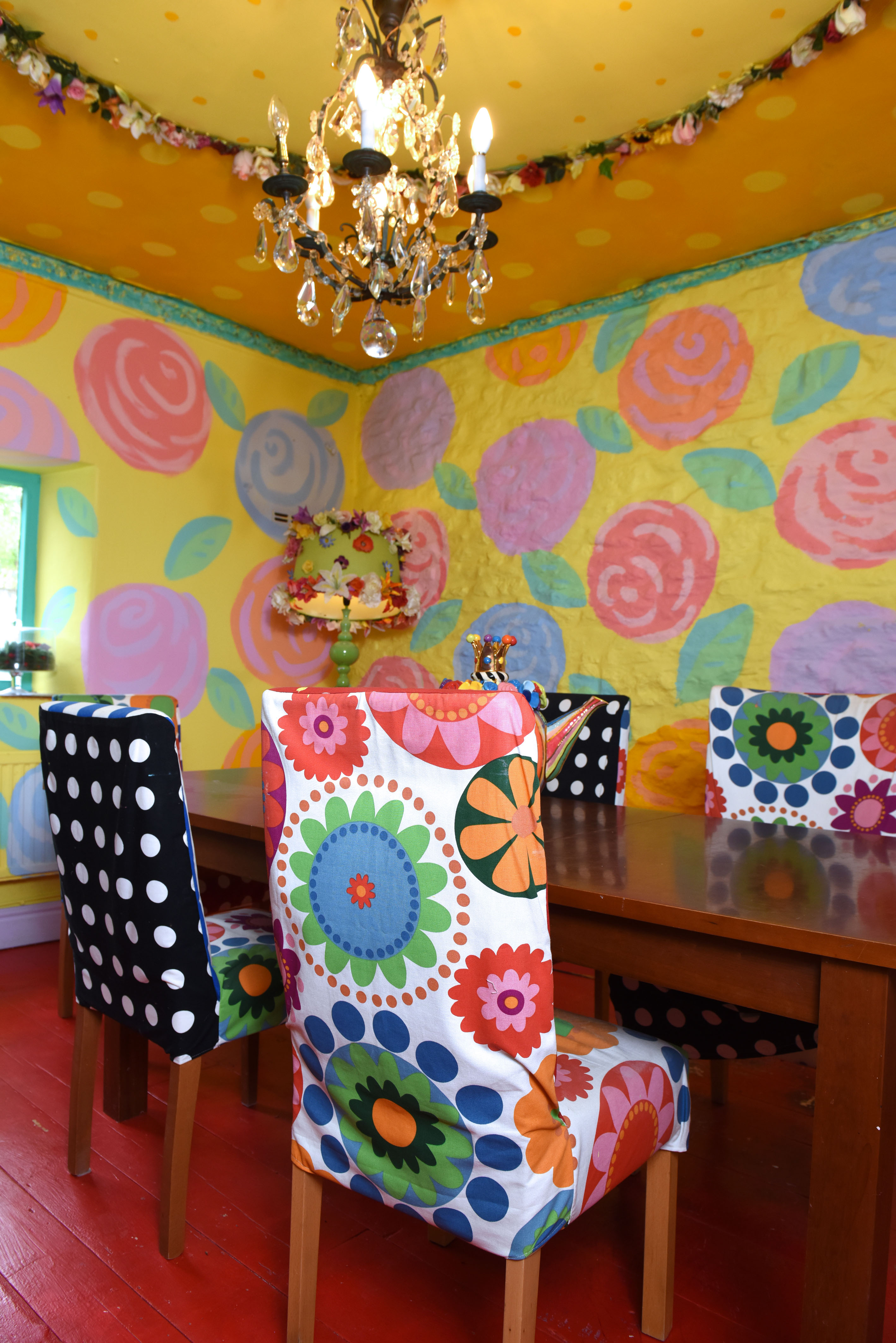 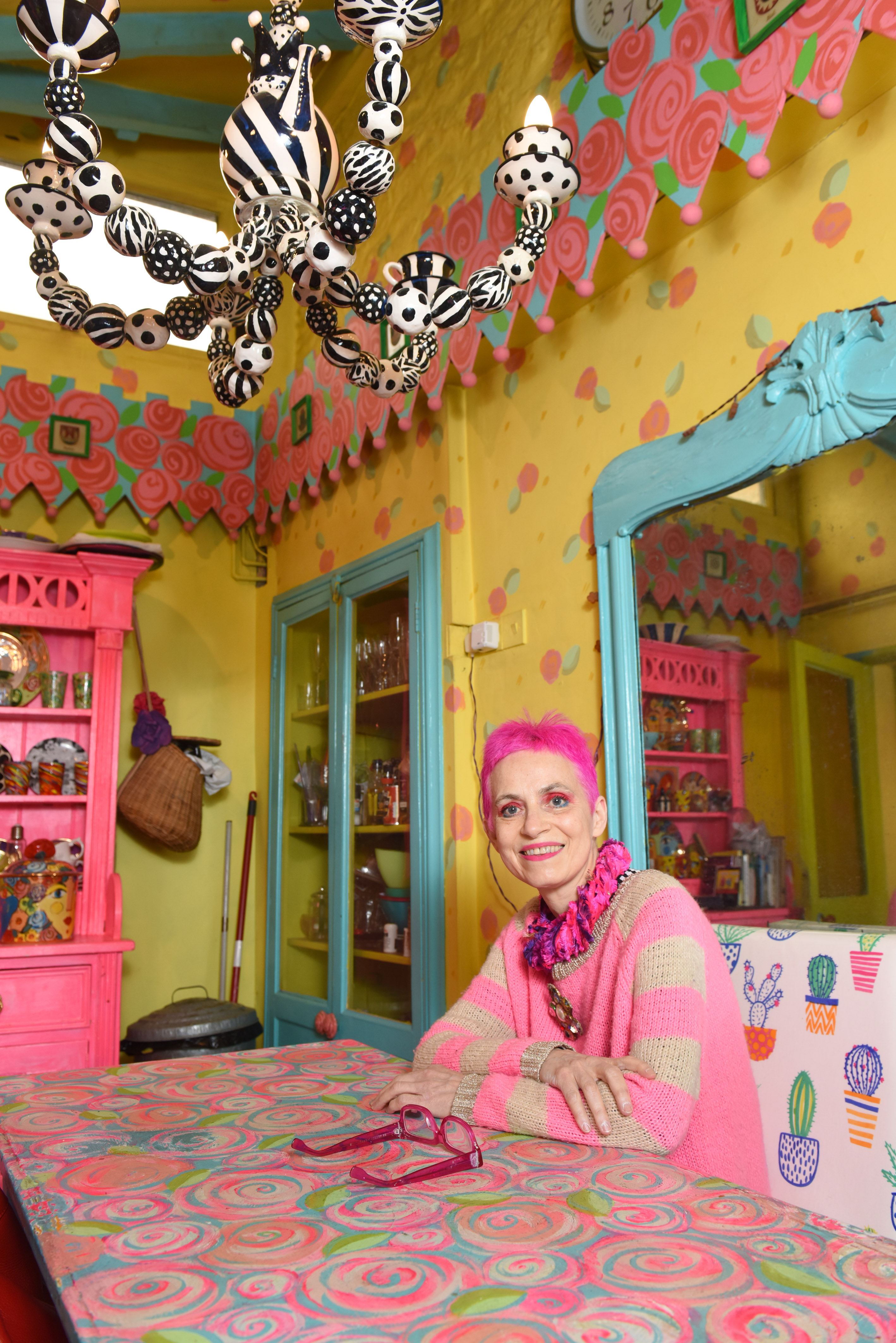