Woman with Down’s Syndrome, 26, and mother who was advised to have her son terminated because he had the condition begin High Court fight to change abortion law

A woman with Down’s syndrome and a mother who was advised to have her son terminated because he had the condition have launched their High Court fight to change the law on abortion.

Heidi Crowter, 26, and Máire Lea-Wilson are challenging the government over the legislation which allows terminations after 24 weeks if ‘severe foetal abnormality’ is detected.

The only other circumstances in which abortions are legal after the 24-week point is if there is a mortal risk to the mother.

Ms Crowter, from Coventry, and Ms Lea-Wilson, from Brentford, launched their campaign last year, raising more than £81,000 in support of the legal case.

Claimant Ms Lea-Wilson, whose two-year-old son has Down’s syndrome, said: ‘I was 34 weeks pregnant when I discovered Aiden had Down’s syndrome and I was asked if I wanted to terminate the pregnancy in the context of a lot of medically biased information, and my own grief, three times. 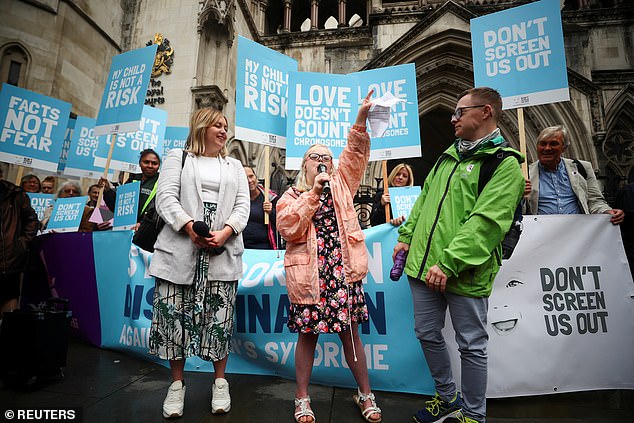 Heidi Crowter, 26, and Máire Lea-Wilson, whose two-year-old son has Down’s syndrome, stand outside the High Court in London today ahead of the case to challenge abortion laws

‘The last time I was asked to terminate the pregnancy was two days before he was born.

‘It was really traumatic actually. The pressure wasn’t explicit – we were never told that is what we should do – but it was very much implied and it almost felt like we were going against medical advice by continuing the pregnancy.

‘We were told how terrible Down’s syndrome was, that our lives would be very challenging. And, the thing is, my experience isn’t unique. I know one woman who was asked to terminate her pregnancy 15 times.

‘I have two sons who I love and I value equally and I can’t understand why the law doesn’t.

‘I want Aiden to grow up knowing he’s not someone people have to cope with, he’s not a burden to society, he is a wonderful human being in his own right, and so I want the law to change so that the rules for a typical baby apply for those with Down’s syndrome.

‘That would signal that, as a society, we are truly accepting of difference and disability.’

Down’s Syndrome is a genetic condition resulting from abnormal cell division of the parent’s sperm or egg, which causes the child to have too many copies of chromosome 21. 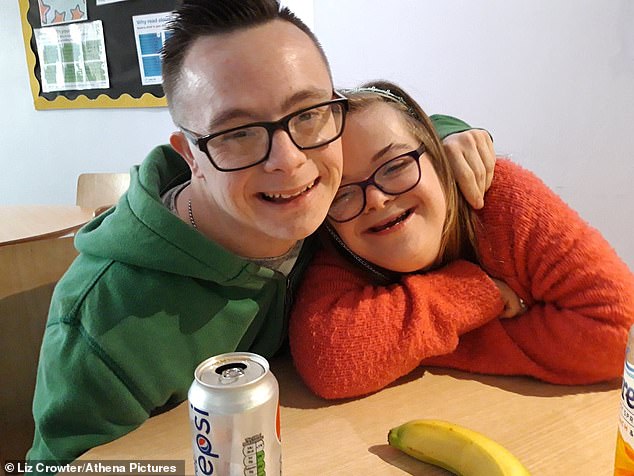 Ms Crowter (pictured with her husband) said: ‘I am someone who has Down’s syndrome and I find it extremely offensive that a law doesn’t respect my life, and I won’t stand for it’ 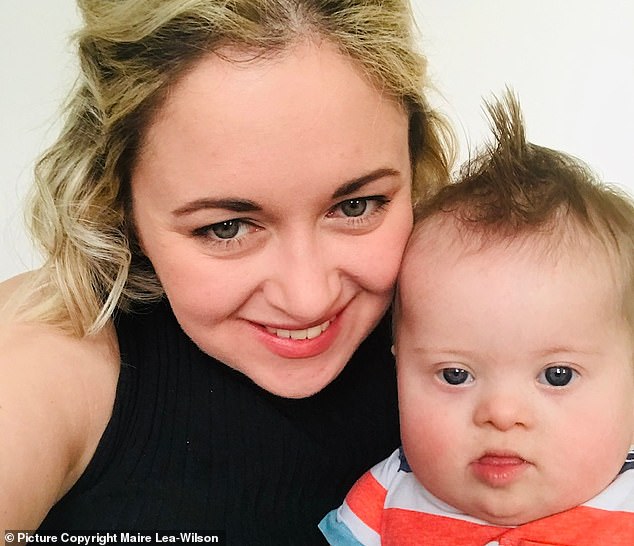 Claimant Ms Lea-Wilson (above with her son) said: ‘I was 34 weeks pregnant when I discovered Aiden had Down’s syndrome and I was asked if I wanted to terminate the pregnancy’

It has more severe effects in some than others, both physically and mentally. In 2018, there were 618 abortions carried out in England and Wales because the foetus had Down’s.

Ms Crowter said: ‘I am someone who has Down’s syndrome and I find it extremely offensive that a law doesn’t respect my life, and I won’t stand for it.

‘I want to change the law and I want to challenge people’s perception of Down’s syndrome. I want them to look at me and say ‘this is just a normal person’.’

Asked whether women should still have the choice, Ms Crowter added: ‘That’s not what the case is about, but I do respect their choice.

‘I just want them to get the right information, and just meet someone who has Down’s syndrome.

‘That’s what this is about. It’s about telling people that we’re just humans, with feelings.’ 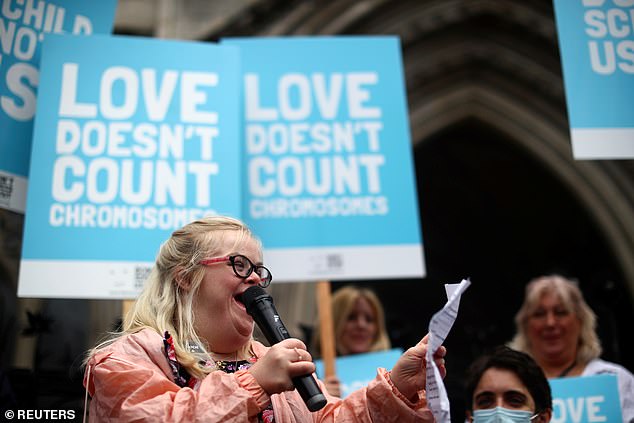 Ms Crowter, who has Down’s syndrome, is pictured speaking outside the High Court in London ahead of a case to challenge the abortion laws 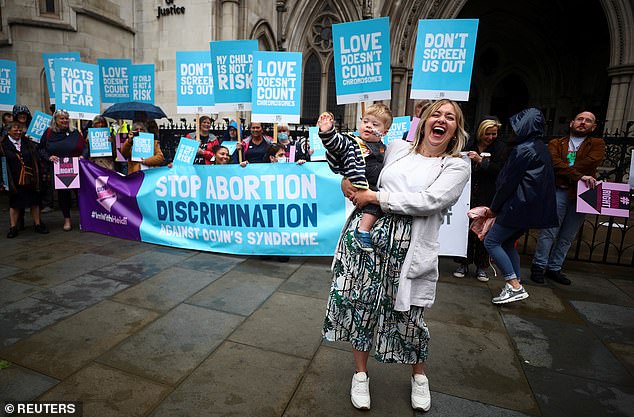 Ms Lea-Wilson and her son Aiden, who has the condition, pictured standing outside London’s High Court ahead of the case today 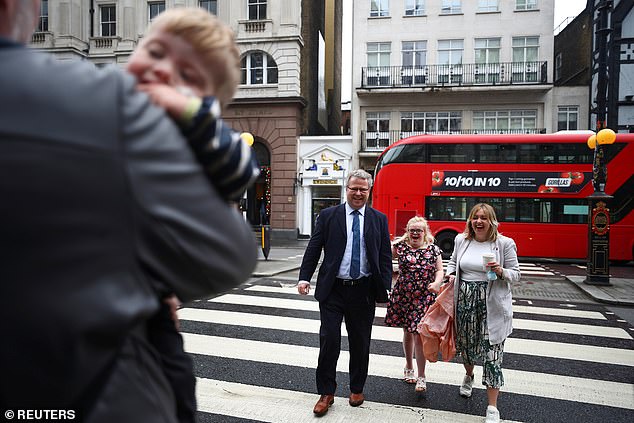 Simone Aspis from Our Futures Alliance, which connects organisations representing disabled people in the UK, said: ‘We’ve been working to get members of our community down here to help support Heidi who is doing this on behalf of all disabled people.

‘At the moment we have an eugenics legislation which allows disabled babies to be aborted up to birth. And that means over 90 per cent of babies with Down’s syndrome are aborted before birth.

‘How you treat people before birth can have a negative impact on how we treat them in society. Non-disabled foetuses have some rights underneath the legislation but disabled babies don’t. It’s horrific.

He said that having an abortion after 24 weeks was ‘a criminal offence liable to life imprisonment, however you can abort a baby with a disability post-24 weeks without any consequence’.

The hearing is expected to run for two days, concluding on Wednesday afternoon.