THE WORLD’S fattest boy has been showing off his new trim physique after shedding 17 stone as well as his excess skin. 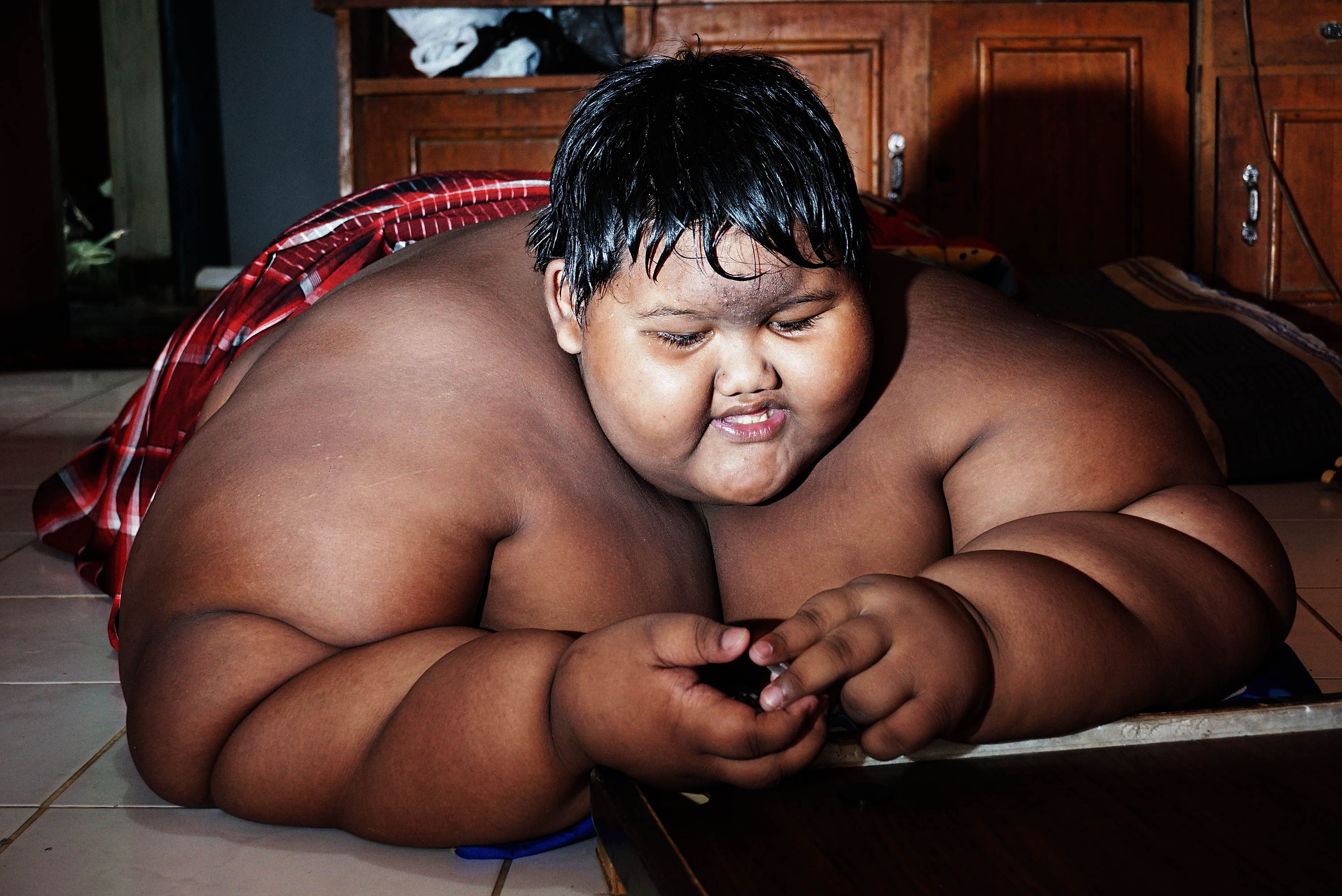 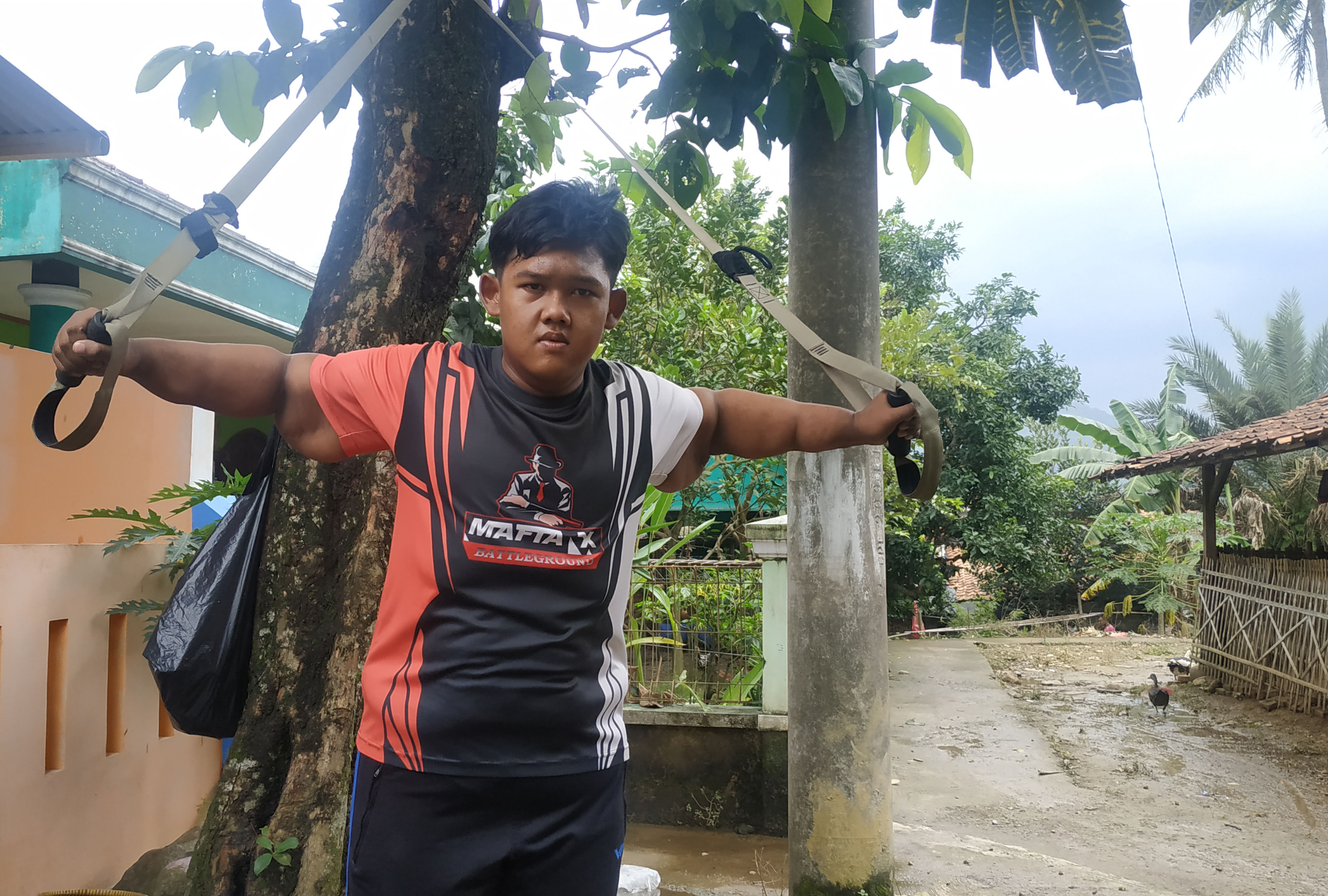 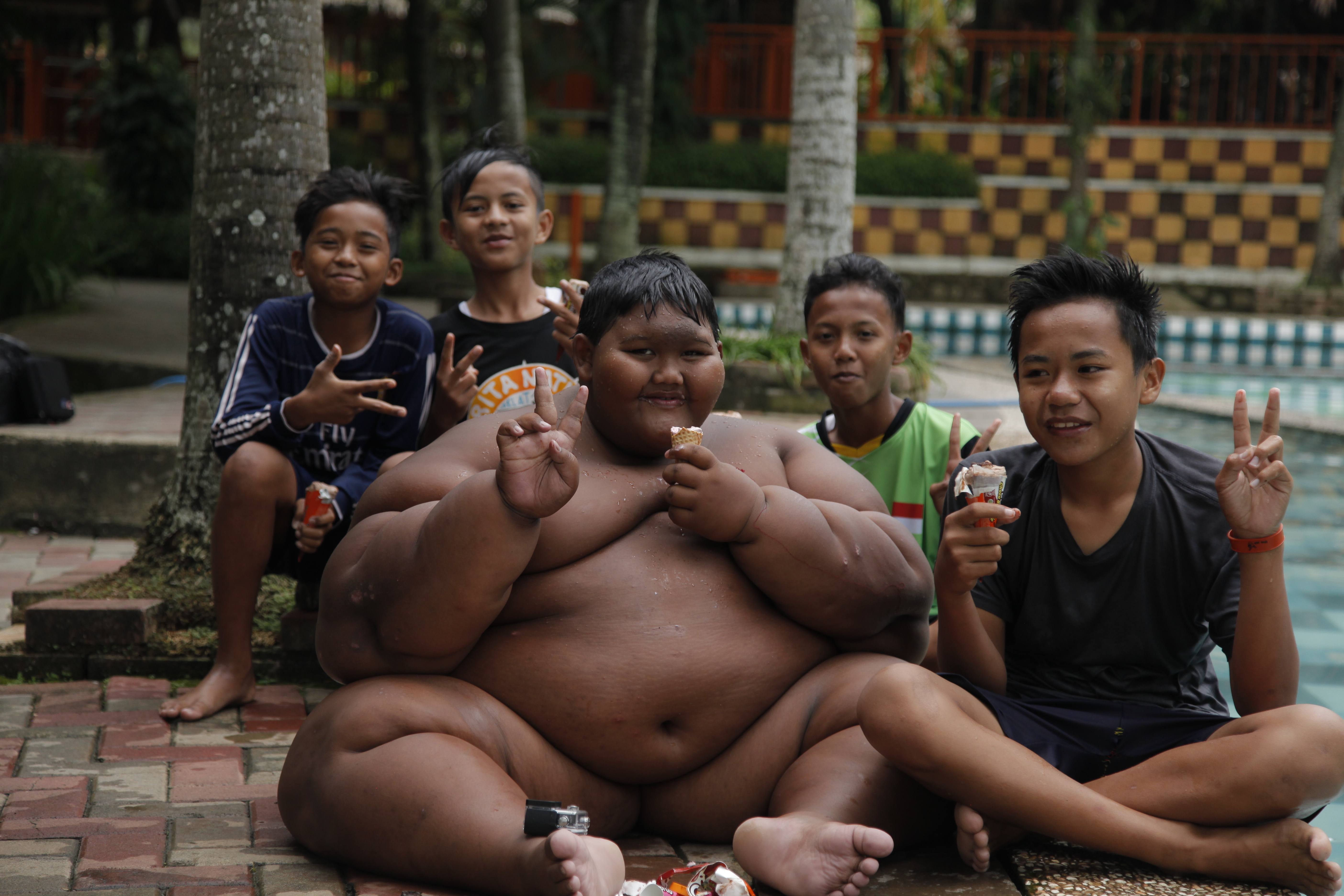 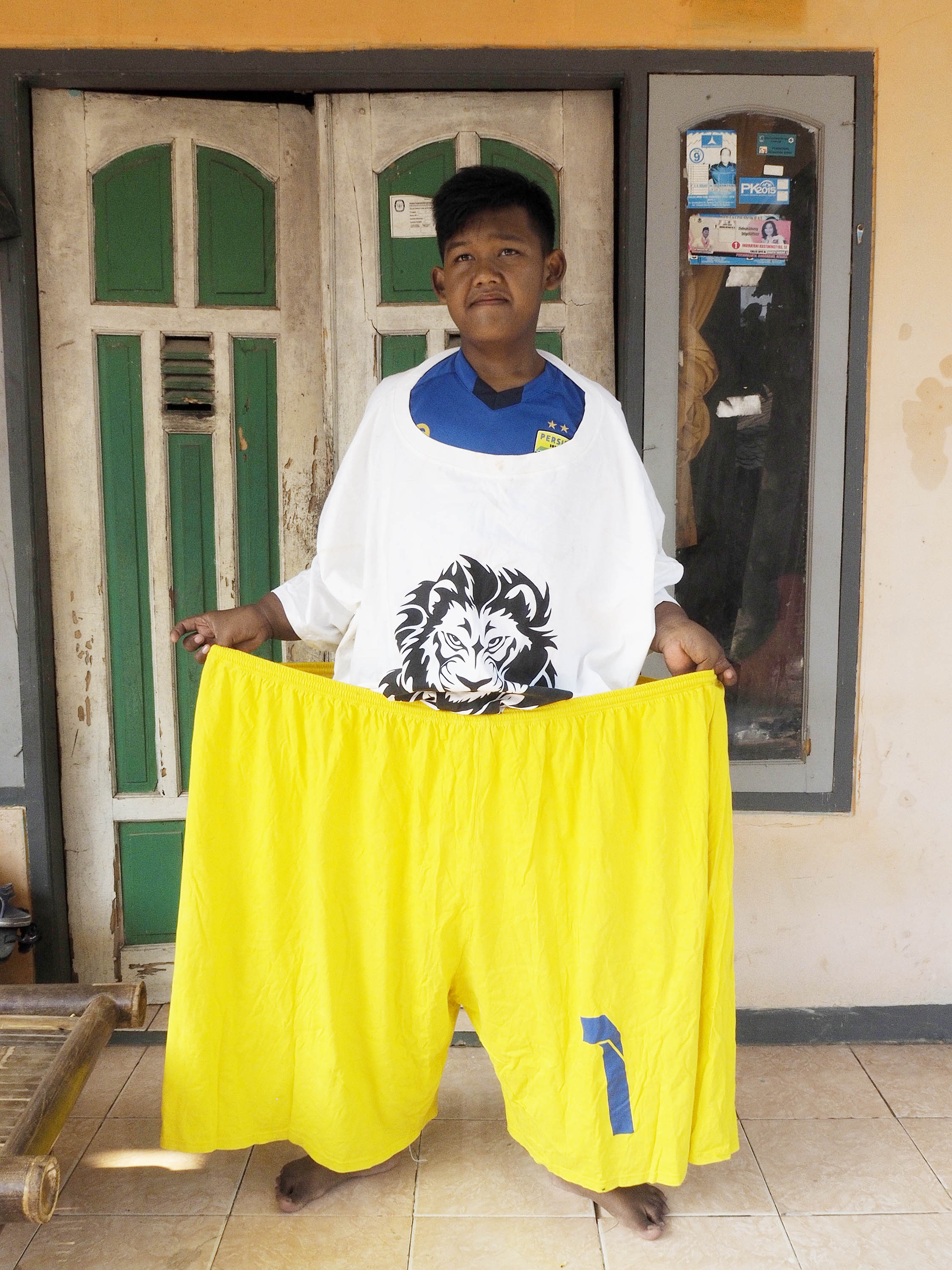 The 14-year-old school student had baffled doctors five years ago when pictures of him as a morbidly obese child playing in a water tank to cool his body, had emerged from a small village of Cipurwasari in West Java province in Indonesia.

He was so big that no clothes fit him. He only wore a wrapped a sarong and spent his day constantly munching on junk food and bathing in a small pool.

His massive frame also meant that he could not attend school as walking to the school was an uphill task for him.

But with a closely watched diet and regular exercise for five years, Arya has not only remarkably shed 231pounds, he can also climb trees and ride a motorcycle.

He walks 3km a day and plays for basketball or other sports for a day.

He also walked to school before it was shut due to coronavirus. 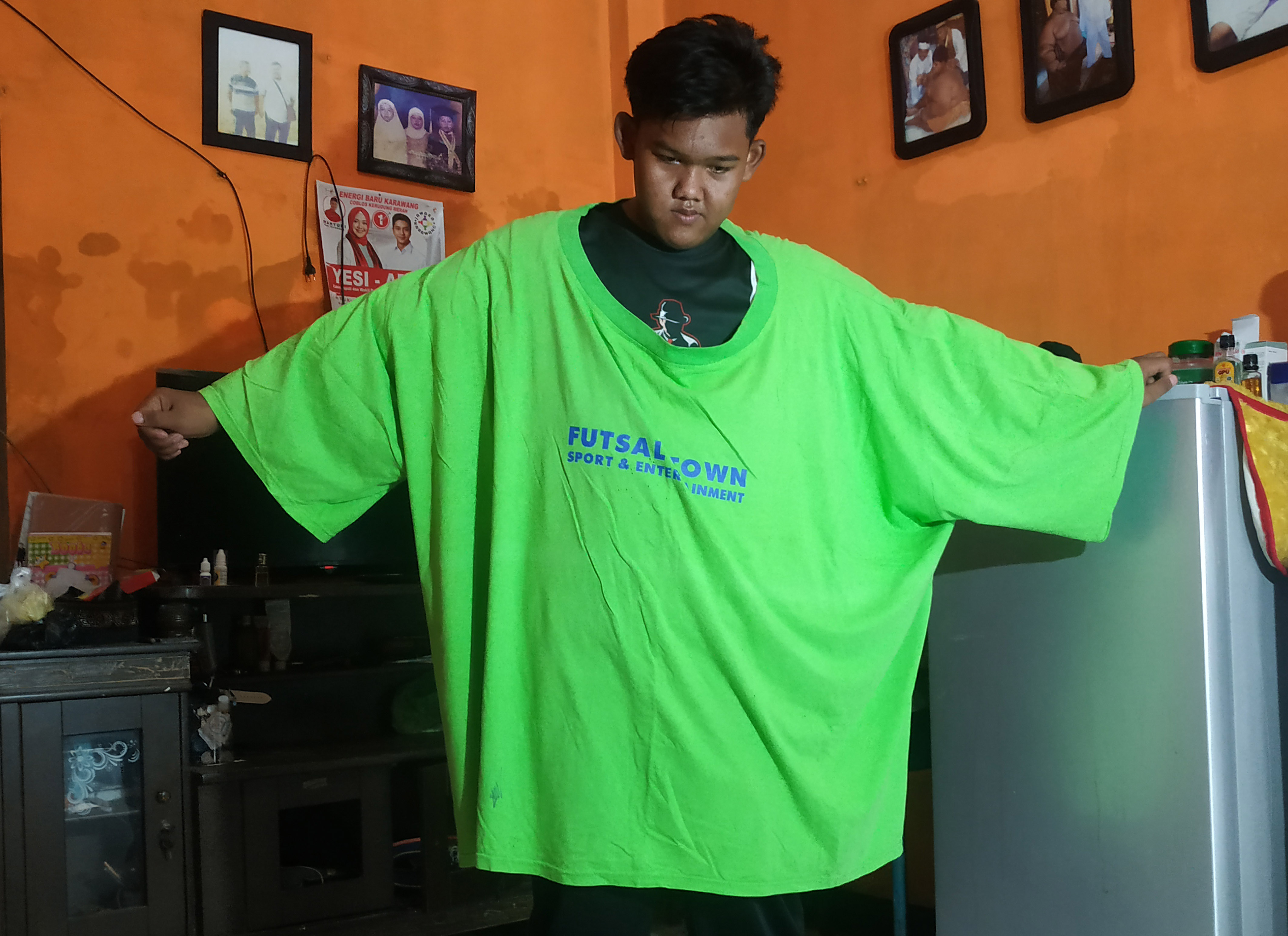 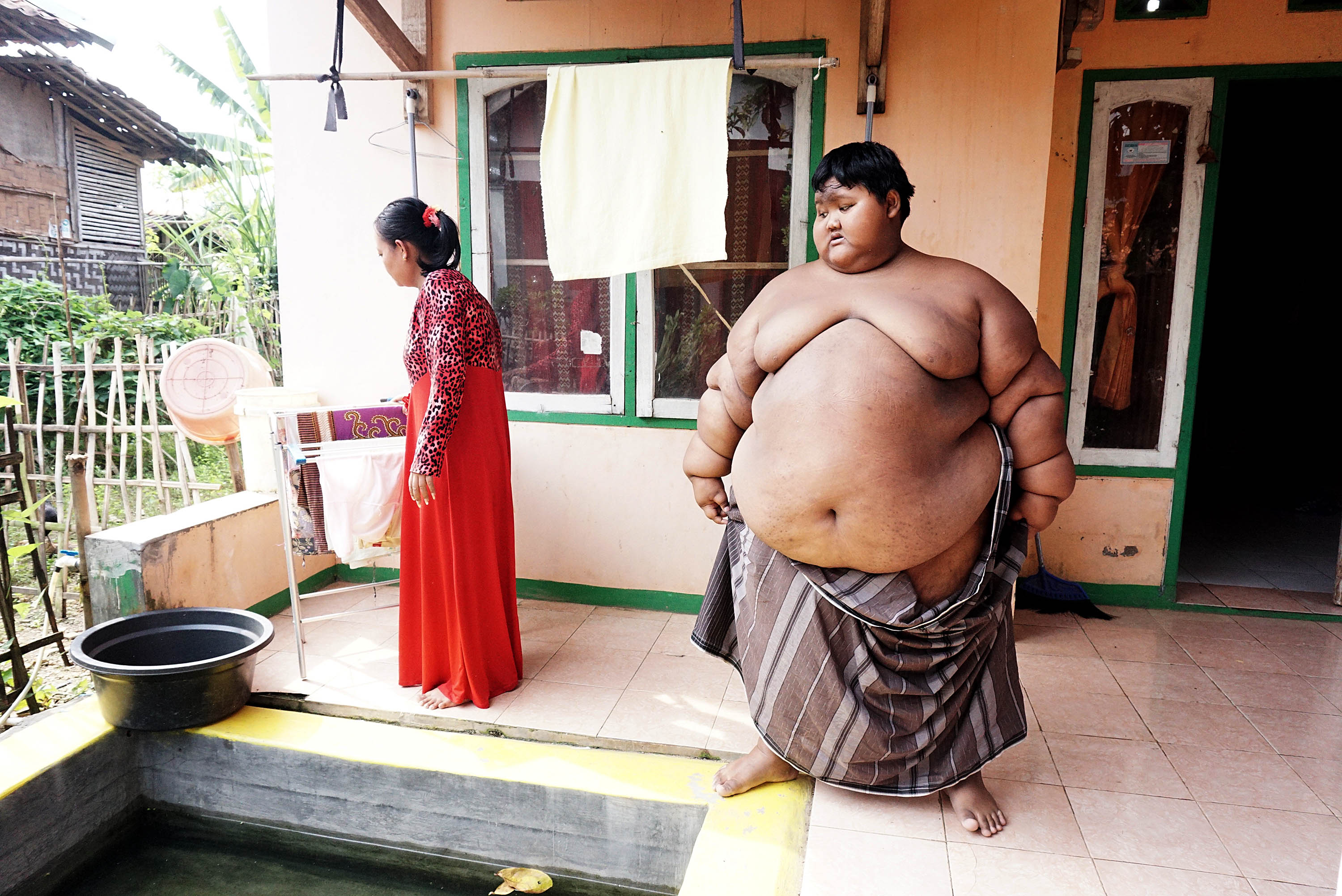 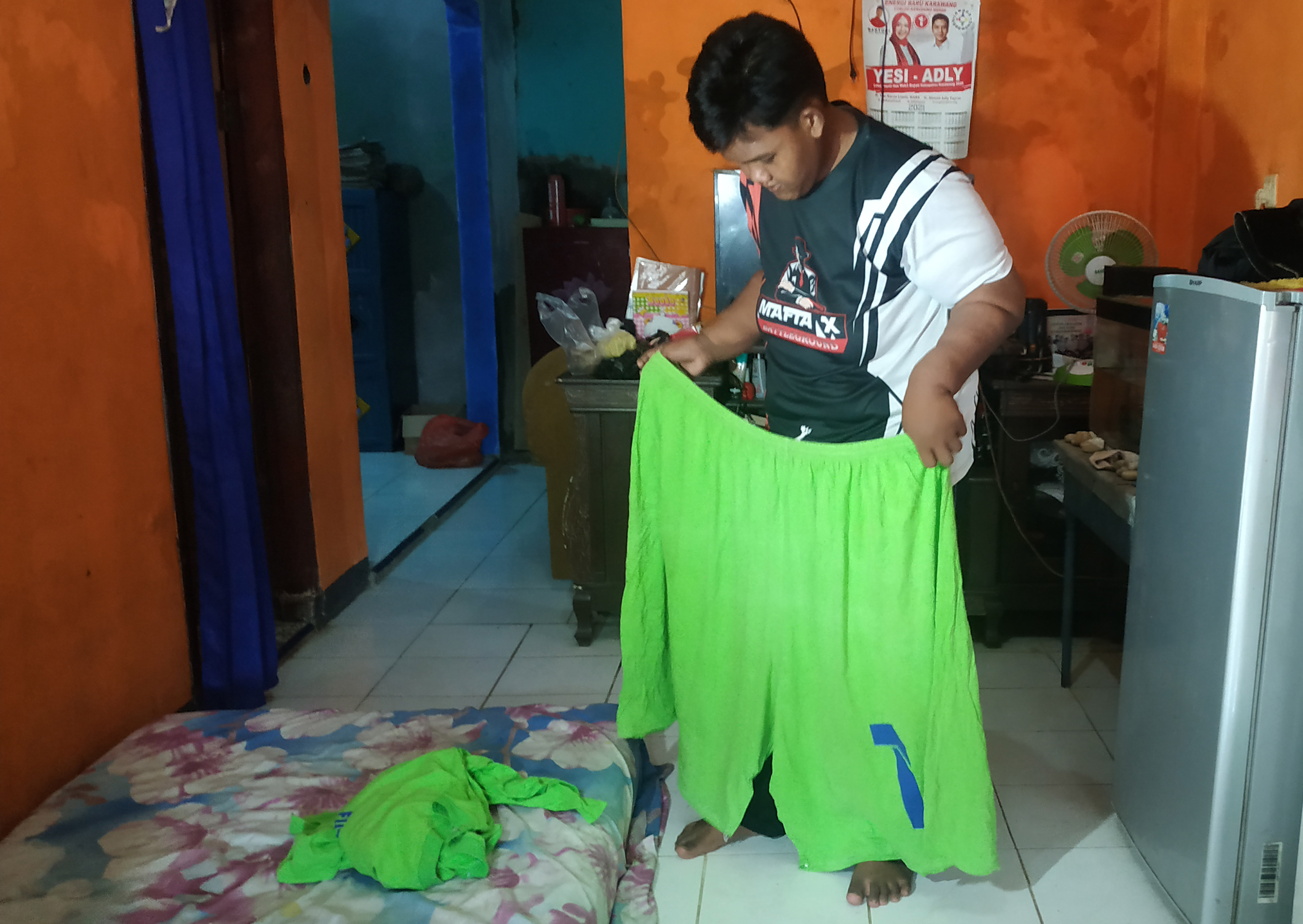 He said: “I can play sports…I play basketball with friends. I can also ride a motorcycle.

“In 2015, I didn't expect all this was possible or I could lose weight. Now it's feels better, so different.

At ten years of age, Arya was addicted to colas and instant noodles.

He could chomp down rice, fish curry, beef, vegetable soup and Tempeh- a traditional soy patty-enough to feed two adults for a whole day.

His helpless parents – Rokayah, 39 and her husband Ade Somatri, 50, a farmer – were in so much anxiety that they had put him on a strict diet to control him from further bloating.

While he managed to lose 9 kilos in four months after dietitians put him on a diet consisting of fruits and vegetables and daily walk, exercise and swimming, Arya was still far from reducing the required weight.

After the harrowing videos of him emerged, doctors had performed a bariatric surgery which helped him reduce his weight from 186.4 kilograms to 169 kilograms in just three weeks.

Dr Handy Wing, the laparoscopy surgeon who performed the Bariatric surgery on Arya, said that they cut the size of his stomach to reduce his eating capacity.

“We made a shape like a banana and his stomach was 30% of the original size of the normal stomach which reduced his intake and eat smaller portion of food that helped reduce his weight,” Dr Wing said. 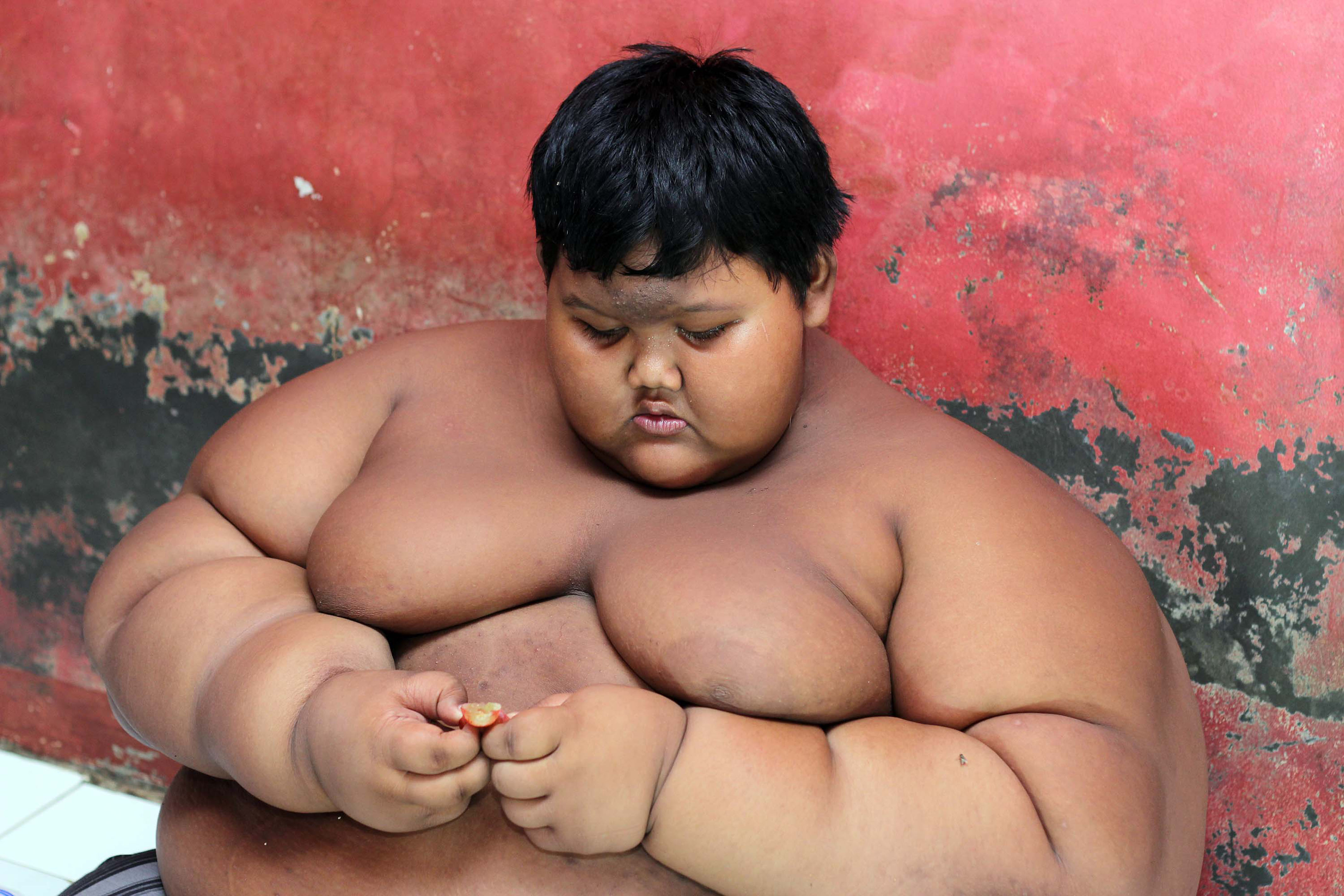 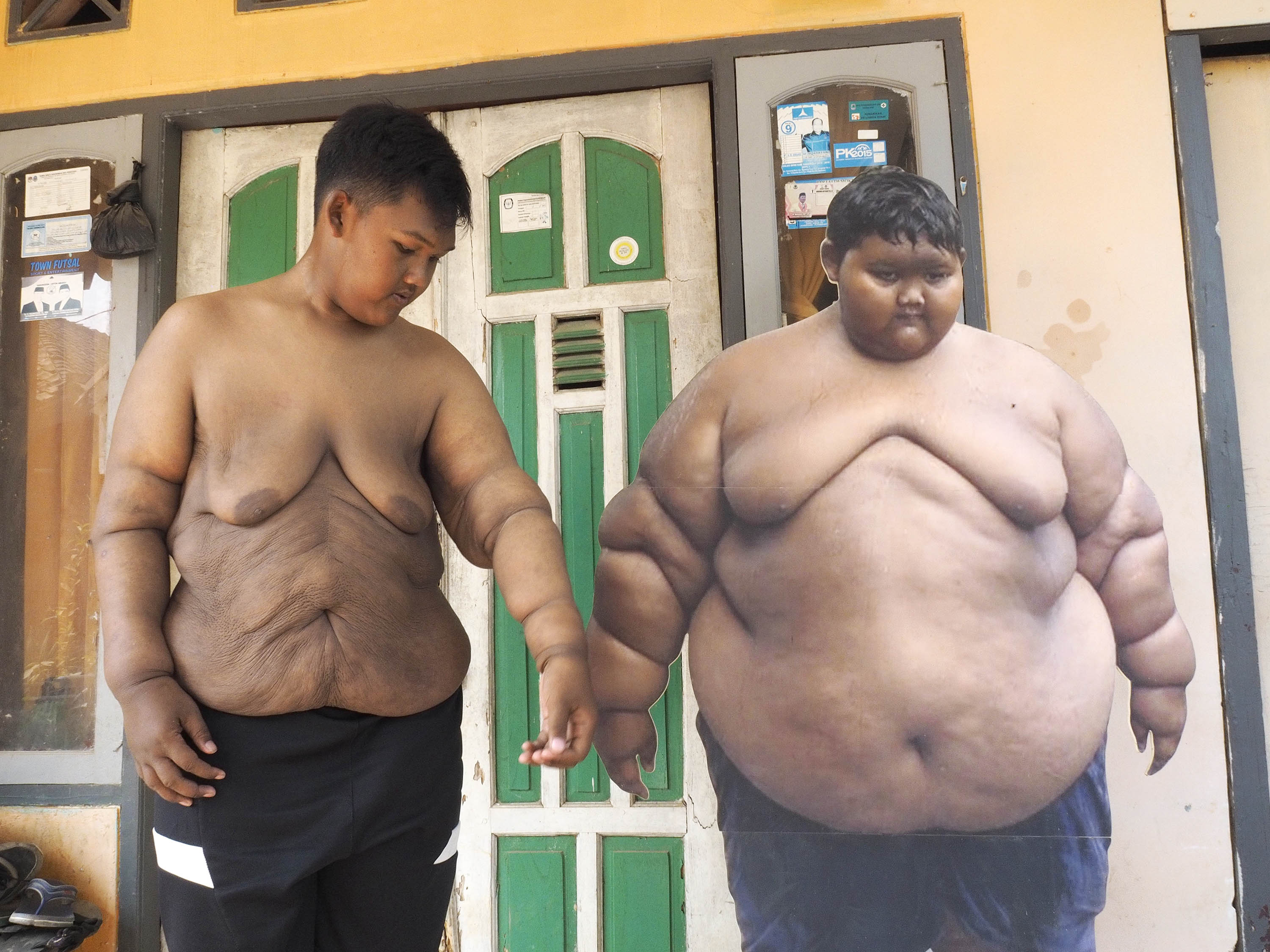 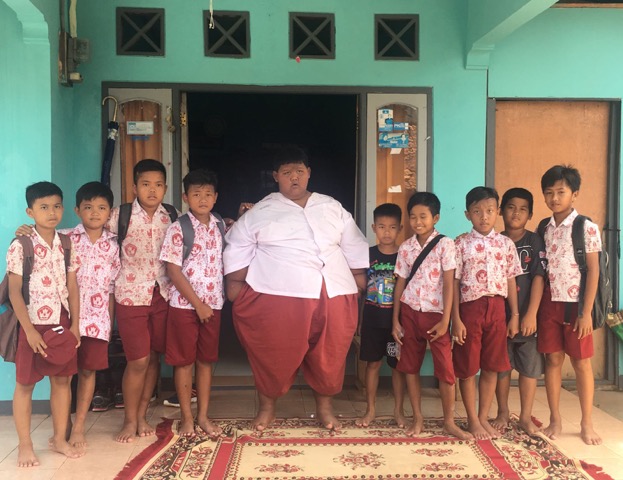 “It feels wonderful that he can live like other children and do normal activities,”

Arya says he has changed eating and sleeping habits and that has helped him lose weight.

He now eats three meals a day that include rice, tempeh, tofu and fried chicken.

“I only ate instant noodles and packaged drinks. I very rarely eat white rice. Now the intention is to lose weight by dieting and exercise,”

“Most people go on a forced diet within a week and on the eighth day they are happy but eat a lot and again gain weight.

“The portion of the meal should be reduced gradually. Reduce it a little every week and not immediately, for example, eat a plate of rice and then reduce it only to 5 tablespoons.

“Don't make it difficult for a diet, that's what I did.” 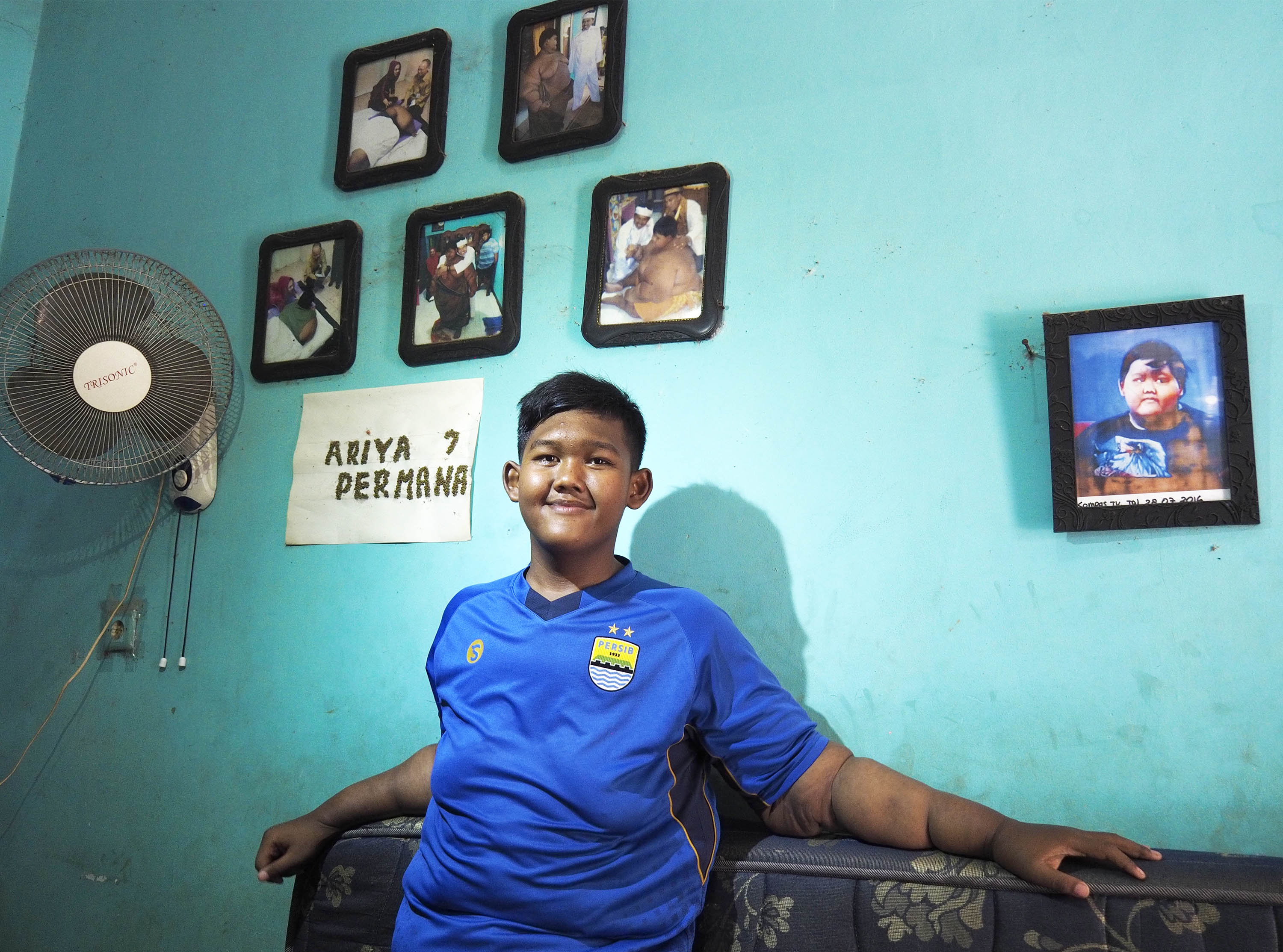 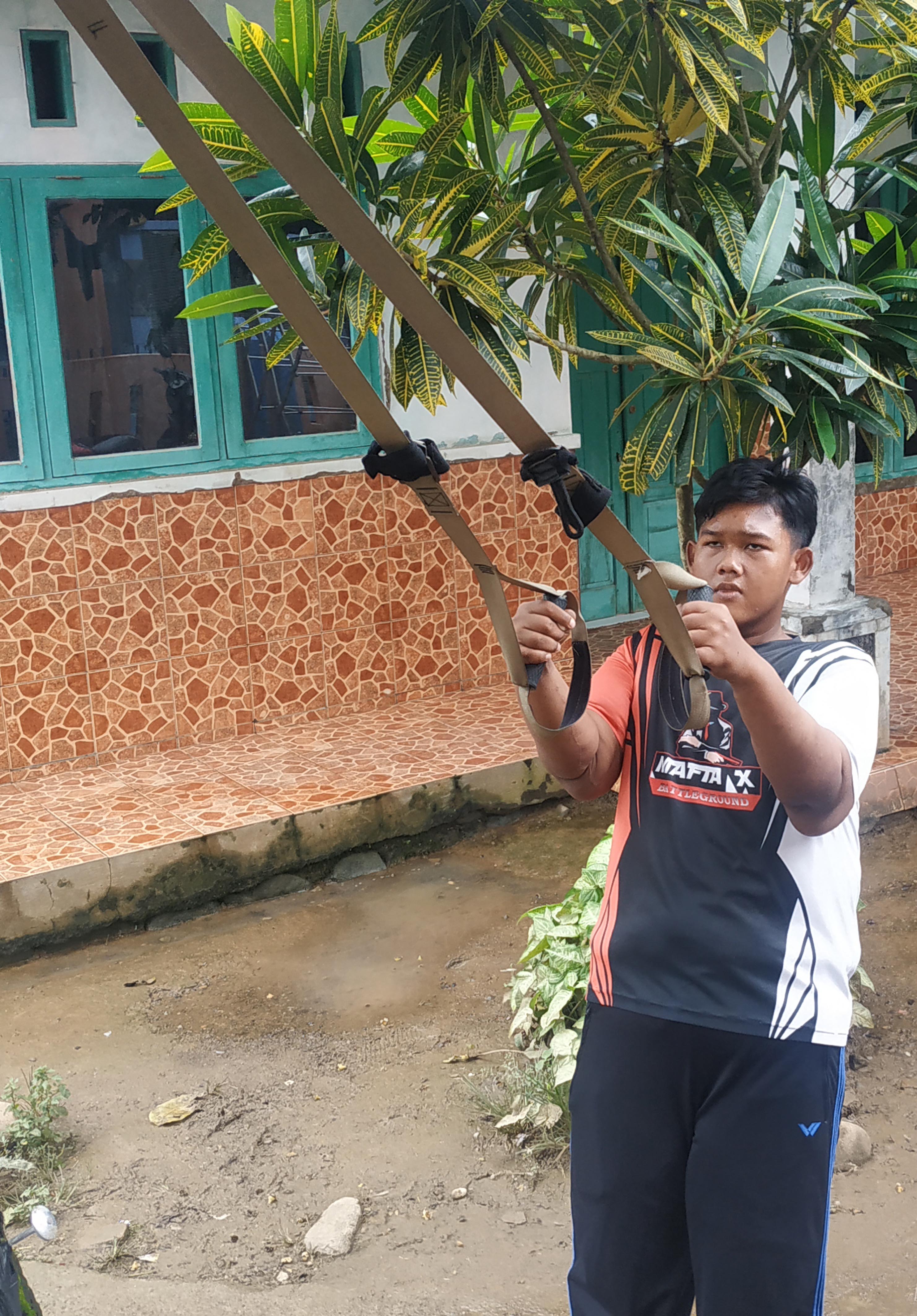