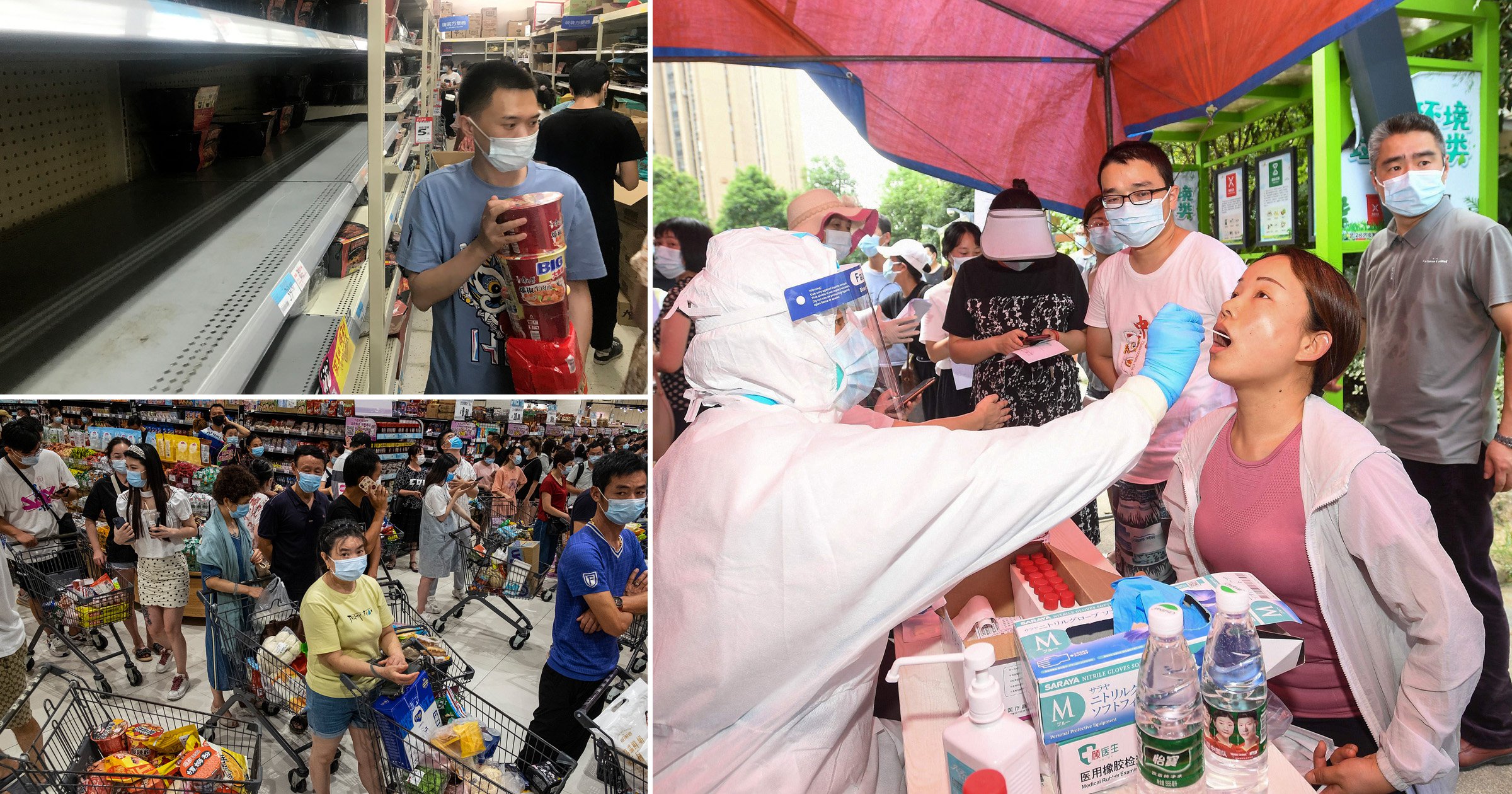 Every single person in Wuhan will be tested for coronavirus after the first domestic cases in a year were detected in the city where the virus was first discovered.

Millions across China are already living under lockdown as the country sees the biggest outbreak in months.

The nation largely curbed Covid last year as the UK and other countries reported devastating death tolls and case numbers.

But 300 infections have been detected in just 10 days and 15 provinces affected.

Many of the new infections have been identified as the highly contagious Delta variant, which thwarted border quarantine restrictions in Yunnan and Nanjing.

More than 1.6 billion doses vaccine doses have been delivered, but Chinese jabs have proved less effective against the new variant.

Residential compounds have been cordoned off and close contacts placed under quarantine in Beijing, which has reported five cases.

People have been ordered not to leave the city ‘unless necessary’ as many transport links are closed.

The National Health Commission said 90 new cases were confirmed in China on Monday – 61 locally spread ones and 29 from people who came from abroad.

Most of the local cases are still in the Jiangsu province, where an outbreak started at the airport in Nanjing – although they have now spread to the city of Yangzhou, 65 miles away.

The Zhuzhou Government has named the situation ‘still grim and complicated’.

Authorities today reported 45 new cases, five in Nanjing and 40 Yangzhou, which is conducting a second round of mass testing,

Meanwhile, five other provinces and the city of Shanghai have announced new local cases in the single digits.

The world first became aware of Covid when the World Health Organisation was informed cases of pneumonia of an unknown cause had been found in Wuhan in late December 2019.

A novel coronavirus was identified by Chinese authorities on 7 January 2020.

The Government has denied a genetically modified virus was leaked from a research facility in Wuhan.

US Republicans claimed to have ‘proven’ this theory this week, naming it the ‘greatest cover-up of all time’ in a new report.

However, this hypothesis remains unconfirmed by the WHO, which is conducting an inquiry into the origins of the virus.