Extinction Rebellion protesters – including two British Olympians – today broke into an oil terminal, demanding an end to the use of fossil fuels and a stop to expansion plans for the site.

A total of 15 people have gained access to ExxonMobil’s Fawley oil terminal at the edge of the New Forest in Hampshire, with seven protesters scaling two 50ft high oil silos where they have unfurled banners reading ‘Climate Emergency’ and ‘No Future in Fossil Fuels’.

The protest has been staged ahead of the Cop26 climate change summit in Glasgow.

A number of supporters, including British Olympians Laura Baldwin and Etienne Stott, have also chained themselves to a pink boat, The Beverley Geronimo, blockading the main entrance to the site, according to a spokeswoman for Extinction Rebellion.

Ms Baldwin, an Olympic sailor and coach, said: ‘I am a deeply protective mother, moved to take direct action in a desperate bid to force this suicidal system to change in time to limit the climate crisis worsening and slipping past the point of no return.

‘Watching the news this summer was horrifying and heartbreaking, witnessing catastrophic climate impacts killing people on every continent of the globe.

‘That we as taxpayers are actually funding, through subsidies, the toxic and deadly oil industry is beyond absurd and it must stop now.’ 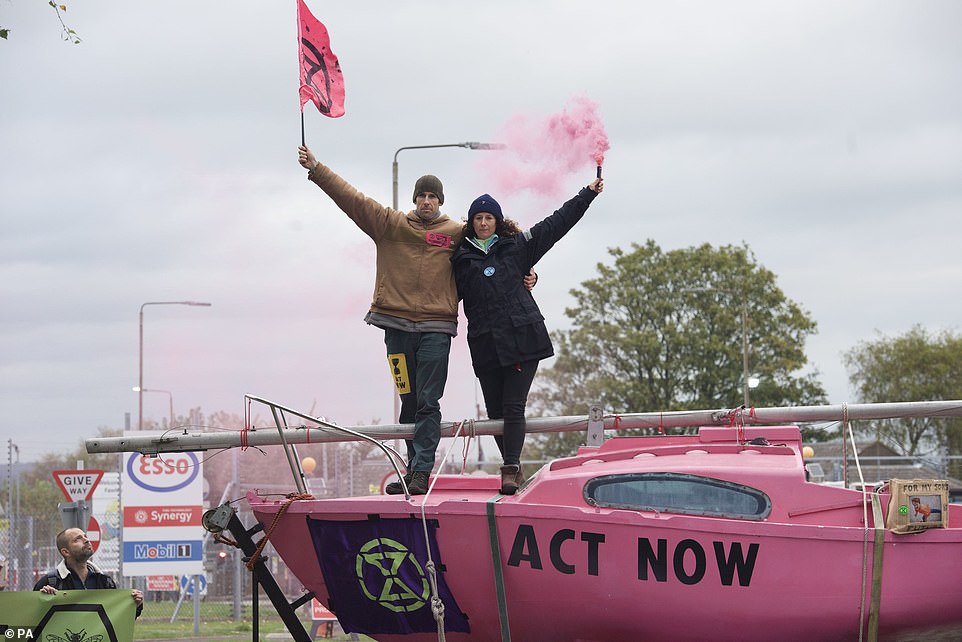 British Olympians Laura Baldwin and Etienne Stott outside ExxonMobil’s Fawley Oil terminal, in Hampshire calling for an end to use of fossil fuels and a stop to expansion plans for the site 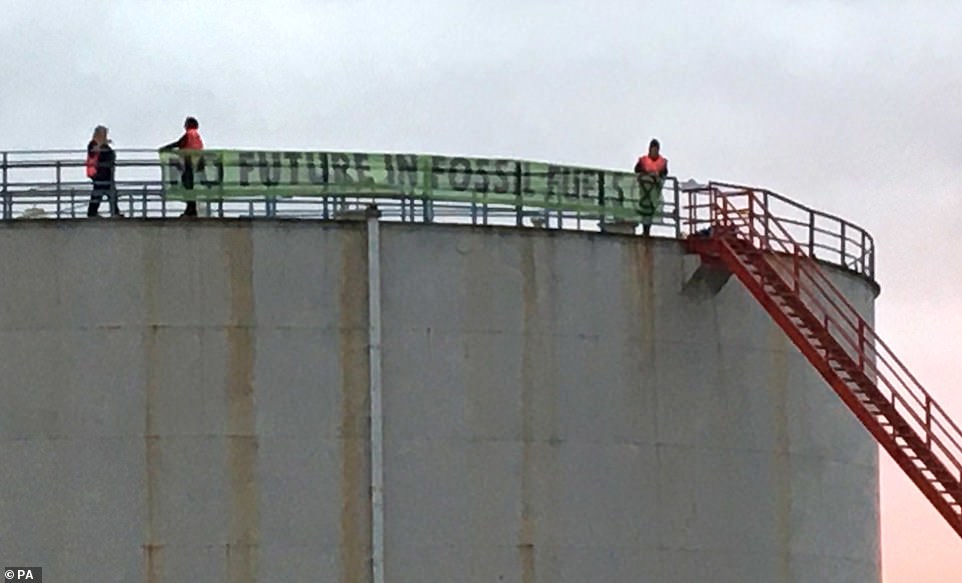 XR protesters broke into ExxonMobil’s Fawley Oil terminal, in Hampshire calling for an end to use of fossil fuels and a stop to expansion plans for the site 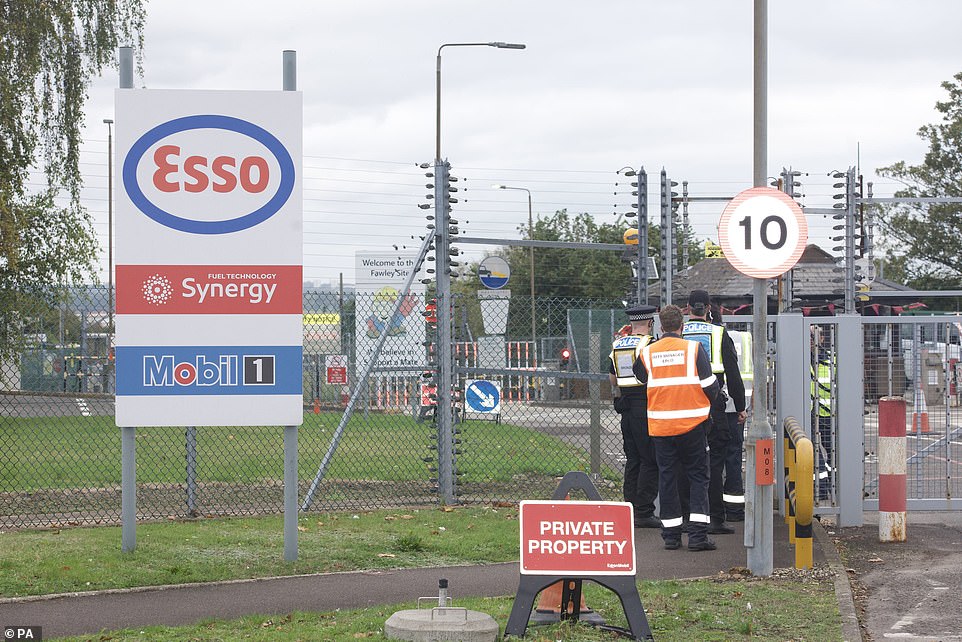 Mr Stott, 42, Olympic gold medallist in canoeing at London 2012, who lives in Nottingham, said: ‘I think it’s totally wrong that oil companies continue to put their profits ahead of everyone’s right to a future on a living planet.

‘We need our government to rein in these rogue companies as a matter of urgency and show to the world ahead of Cop26 that the UK is prepared to take a genuine leadership position.’

An Extinction Rebellion spokeswoman said: ‘The Fawley activists are demanding the Government listen to the nation and raise the bar as the host of the Cop26 climate summit next week by announcing an immediate end to all fossil fuel investment, a move which would strengthen its hand in demanding radical action from world leaders.’

An ExxonMobil spokesman said: ‘ExxonMobil believes that climate change risks warrant action and it’s going to take all of us – business, governments and consumers – to make meaningful progress.

‘At Fawley, we are also directly helping motorists and farmers to reduce their emissions through the manufacturing of lower carbon fuels, and we are also producing the lubricants and chemicals that support lower emissions by use across a range of applications such as wind turbines and electric vehicles.

‘Furthermore, our chemicals play a vital role in our daily lives, from medical equipment to clothing, cleaning materials and healthcare products.

‘We respect the right to peaceful protest, but our priority is the safety of our people, our neighbours and our operations and we are working with Hampshire Police to ensure this is maintained.

‘ExxonMobil Fawley continues to operate safely and is not experiencing any impact on production.

‘We apologise to anyone from the local community or beyond experiencing any inconvenience resulting from the actions at Fawley today of this group.’

Billionaire Wealth Has Soared As Millions Fell Into Poverty During Pandemic: Oxfam