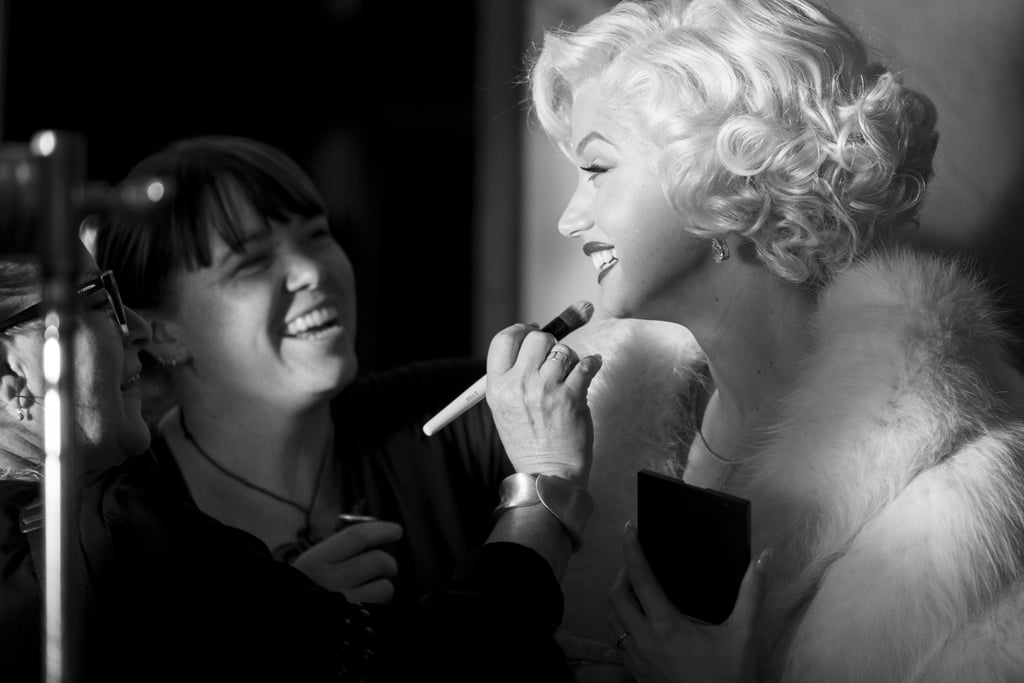 Few Hollywood stars — old or new — are as well known as Marilyn Monroe. Netflix’s “Blonde”, which releases on Sept. 28, is a fictionalized historical drama about her life, and it challenges that she was “watched by all” but “seen by none.” Written and directed by Andrew Dominik, the movie stars Ana de Armas as Monroe and takes us through her rise to stardom, from Norma Jeane Baker to the “blond bombshell” the world has come to know.

As with any series or film based on real people (like “Pam & Tommy” and “Elvis”, for the most recent examples), the hair and makeup teams that worked on “Blonde” were under a lot of pressure to get Monroe’s look just right. “When you’re turning somebody into a real person, your goal is to try and just get as close as possible,” the film’s makeup department head Tina Roesler Kerwin tells POPSUGAR. Monroe was a highly photographed and recorded public figure whose signature look is truly iconic, so the beauty teams had a lot of material to work with. “We spent a lot of the film in more of her classic looks, and pretty much everyone knows what that looks like,” Kerwin says.

The curled-under blond bob, the red lipstick, the beauty mark on her chin — all of these details are absolute musts when re-creating Monroe’s likeness. And judging by the first look at de Armas in character, it’s clear they nailed it.

Ahead, the hair and makeup department heads are sharing a behind-the-scenes look at exactly how they transformed de Armas into Monroe for “Blonde,” including some of the products they used on set.

The 20 Best Mattress Sales to Shop for Memorial Day 2021