Jenna Bush Hager went on a trip down memory lane at the beginning of the week as she looked back at her childhood.

The Today star was reminiscing after her daughter Mila returned home following her stay at summer camp, and was reminded about her own summertime adventures at the same age.

During Tuesday’s show, the mother-of-three got candid as she spoke to Hoda Kotb on the Fourth Hour about a photograph of her leaving summer camp with her friend while dressed in a bikini.

She told Hoda: “A friend from camp texted me a photo of myself at camp at the same age as Mila…

“It’s like this thing about being a girl, maybe it’s just me… “And do you know what’ so funny, I remember thinking I never wore a bikini thinking that I was the chubby one and then I look at this little person and I think you weren’t chubby, you were in a bikini and you were owning it and you loved it. So why do we spend our days worried about things like that?”

Hoda was quick to respond: “I know!” After the clip was shared online, fans agreed with Jenna’s wise words. 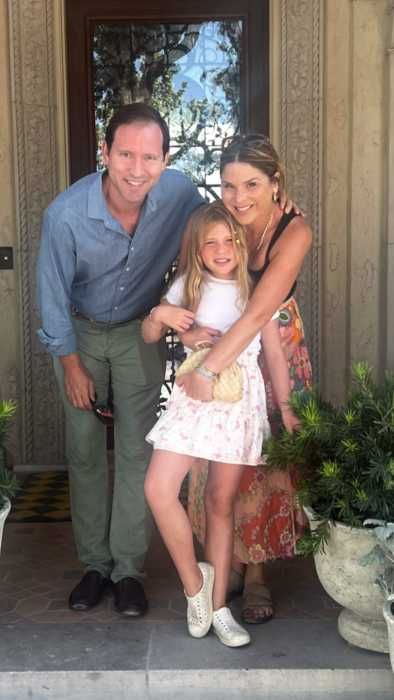 One wrote: “We learn to be self critical by others judging us as we grow up! Unfortunately we believe the critical & take it in as truth!” Another added: “This is 100 per cent true.”

A third remarked: “Thank you for sharing Jenna. We all worry about it way too much. You look adorable in the camp pic and I love seeing Mila’s hugs to siblings super sweet.”

Jenna is a doting mom to daughters Mila and Poppy, and son Hal, who she shares with husband Henry Hager.

Jenna and husband Henry Hager with their three children

The family have had a lot to celebrate of late – not only did they reunite with Mila over the weekend, but they marked Hal’s third birthday.

Jenna shared a series of family photos on Instagram in a heartfelt tribute message to her youngest child on Tuesday.

Alongside the pictures, she wrote: “Three years with the most gentle (mostly!), loving, and hilarious. We love you Hal! Let’s play trucks, read books and play baby kitty all day!”

The Extra-Tough #TurkishCupUpChallenge Puts Your Whole Body to the Test