The Good Morning America host posted a photo sent to him by the 17-year-old after she was locked out of the family home.

In the image, Sophia was sitting on the floor with all her bags around her. She wore an all-white outfit and matching headphones as she attempted to pass the time while sitting outside the front door of their pad.

“When your daughter @sophiastrahan is locked out. This is what she sends me. Lolol. Bring your keys next time,” Michael wrote.

It appeared the teen was outside their New York apartment where she lives with Michael and her twin sister Isabella.

MORE: Michael Strahan’s then-and-now photos of his adorable dog are too cute to miss

However, the family are believed to have had the luxury of spending some time in the Hamptons recently.

Michael’s daughter sent him a photo of her predicament

Isabella shared snapshots on social media in which she was posing within the grounds of a palatial home.

Michael’s daughter wore a pretty bikini in the photos which showed off the impressive and expansive lawn, basketball court and the mansion itself. Fans compared the home to Buckingham Palace and there were shocked face emojis.

It wasn’t clear if Michael had purchased the property or if they were simply renting it, but it’s not the first time Isabella has shared photos from the home as they were there for July Fourth celebrations with friends too. 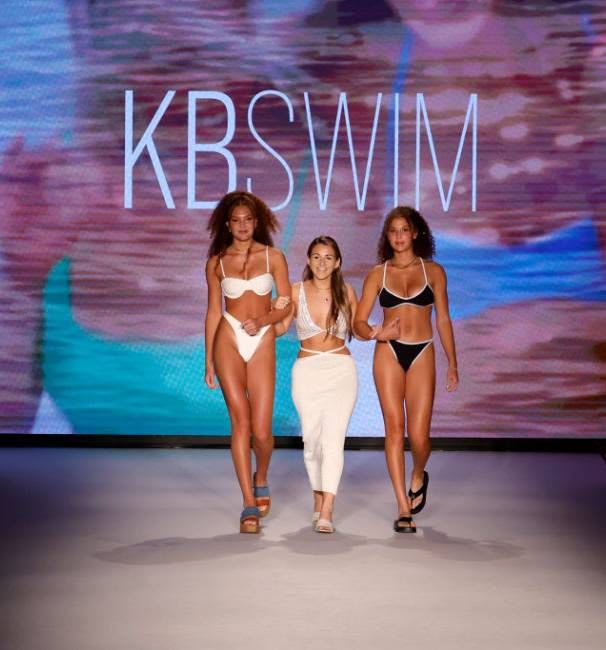 The teenagers have both launched modeling careers

Michael is incredibly close to his children and it’ll be a shock for him when his two youngest turn 18 later this year and likely head off to college.

He has already expressed how hard it is to see them getting older and recently posted a snapshot when Sophia headed off to prom with her date.

He captioned the image: “I was not ready for this moment to see one of my babies go to prom! @sophialstrahan looked beautiful with her date Sebastian at #Prom! @michaelstrahanbrand.”