Just because they’re royal doesn’t mean they can’t have fun with fancy dress! While people around the world often opt for regal-inspired costumes, these real-life royals show us how they play dress up.

From the Princess of Wales rocking an 80s look for a roller disco party during her pre-royal days, to Princess Beatrice sporting a lilac wig and unicorn horns for a Halloween party at her go-to Mayfair venue Annabel’s, take a look at the best photos of the royals and their European counterparts wearing fun costumes. 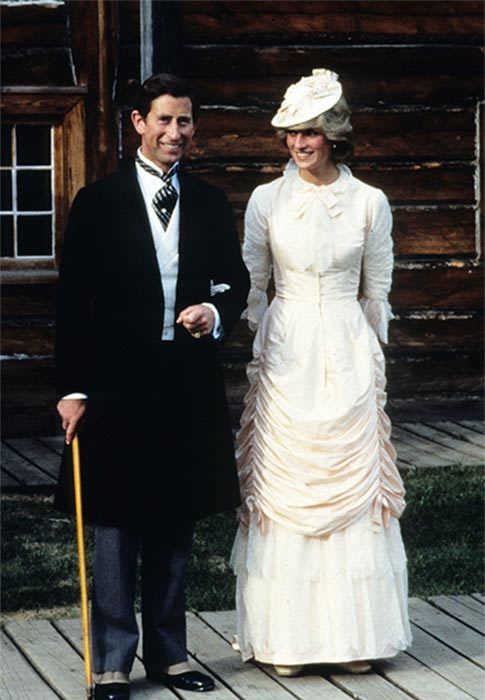 Prince Charles and Princess Diana got dolled up in Klondike fashion during their 1983 royal tour of Canada. The late royal looked elegant in an elaborate white number and matching fascinator, while Charles suited up and accessorised his look with a cane. 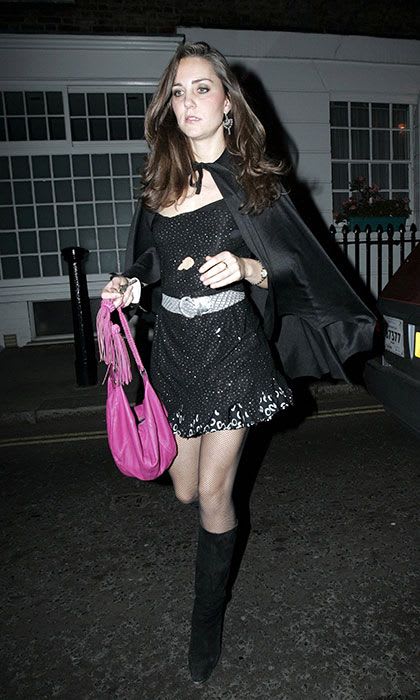 Taken in her pre-royal days, Kate rocked what appeared to be a glamorous witch outfit for a Halloween night out at Mahiki in 2007. The future royal donned a sparkly dress, fishnet tights and knee-high boots, along with a black cape.

MORE: 17 fabulous photos of Kate Middleton you may have forgotten about

SEE: A look back at all the iconic royal wedding kisses through the years

The Princess looked groovy as she stepped out wearing a disco-inspired ensemble for a 2008 Day-Glo Midnight Roller Disco event in London. Kate made a statement sporting mini yellow shorts and a flashy emerald top, which she paired with boots and of course, glow sticks. 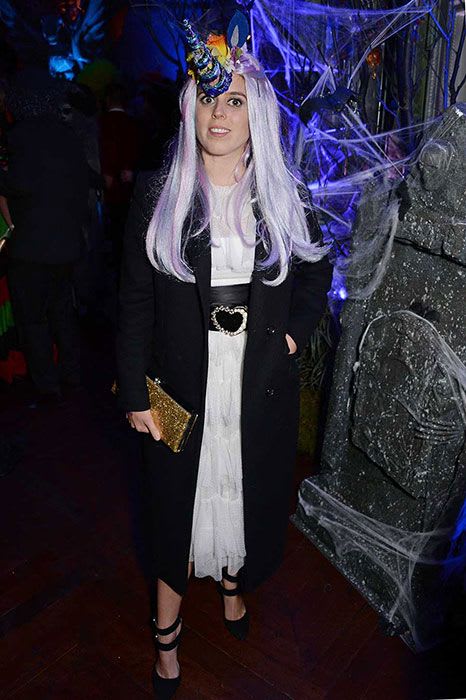 Princess Beatrice was spotted at Annabel’s Halloween party in October 2018, wearing a monochrome look with a bright lilac wig and a unicorn headpiece – very on trend! The royal finished off her costume with a touch of a sparkle on her accessories. 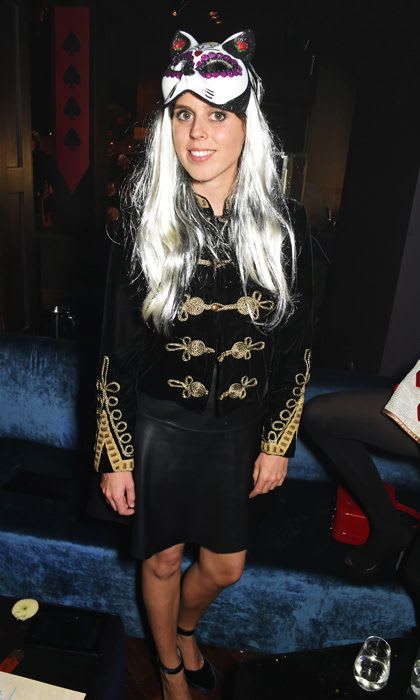 Princess Beatrice looked purrfect for a good cause. Queen Elizabeth’s granddaughter was the cat’s meow donning a feline ensemble for the 2016 Unicef Halloween Ball in London, which raised vital funds to support Unicef’s life-saving work for Syrian children in danger. 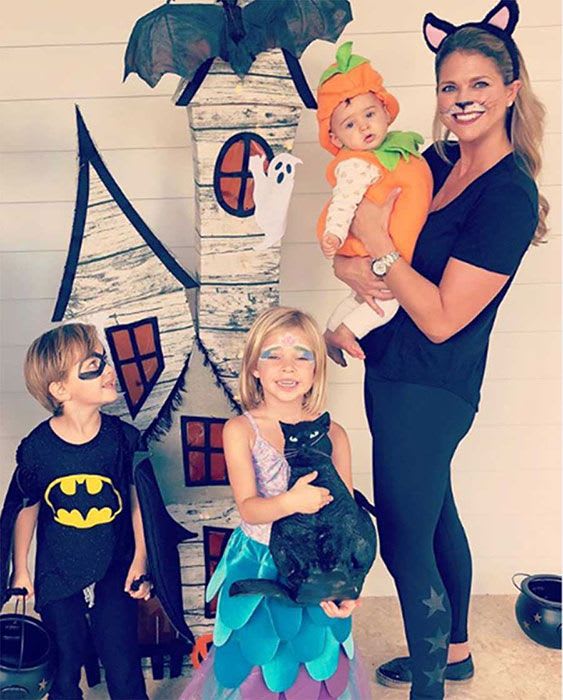 Princess Madeleine of Sweden shared this adorable family snap of her three children during Halloween 2018. The royal mum was dressed as a cat, complete with ears and painted-on whiskers, while daughter Princess Leonore looked cute in a pastel mermaid outfit and son Prince Nicolas donned a Batman costume. Princess Adrienne made the perfect Halloween pumpkin, as her mum held her in her arms for the Instagram photo. 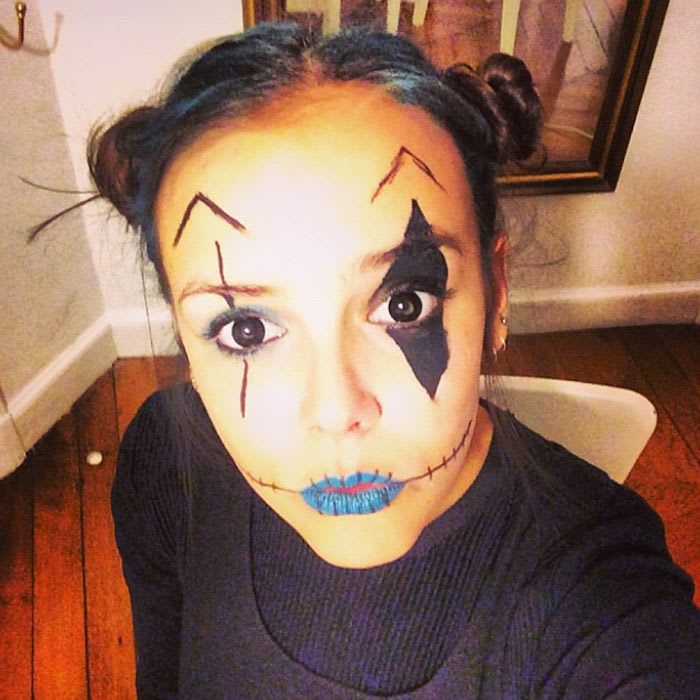 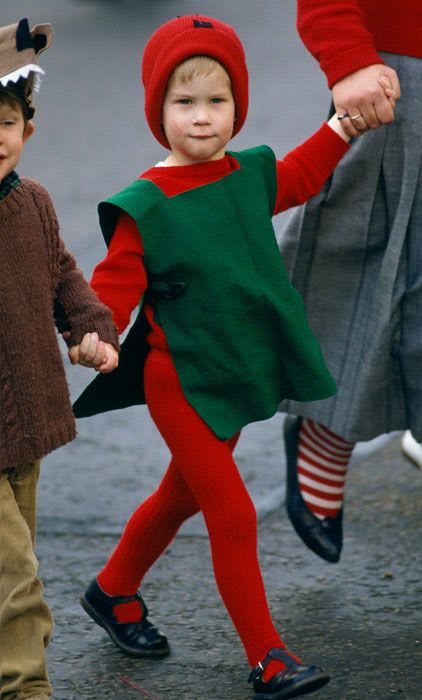 William Shakespeare would be proud! Prince Harry hid behind a mask as he played Conrade in his school, Eton College’s, production of Much Ado about Nothing back in 2003.

MORE: A look back at all the iconic royal wedding kisses through the years 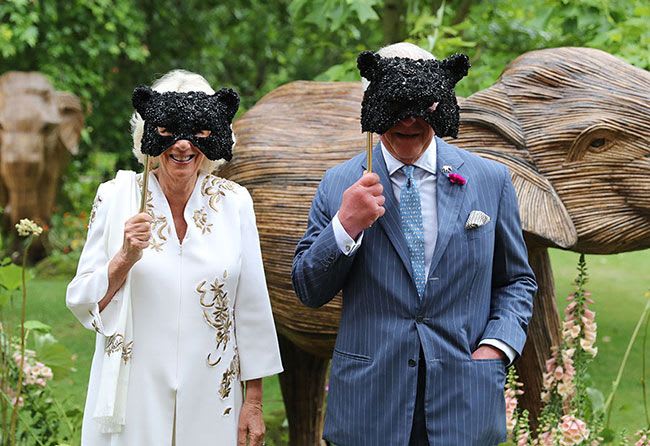 While they might not be wearing full fancy dress costumes, King Charles and Queen Consort Camilla proved they’re up for a giggle as they donned animal masks at a reception for The Elephant Family animal ball in 2019.

GALLERY: The most beautiful royal weddings of all time 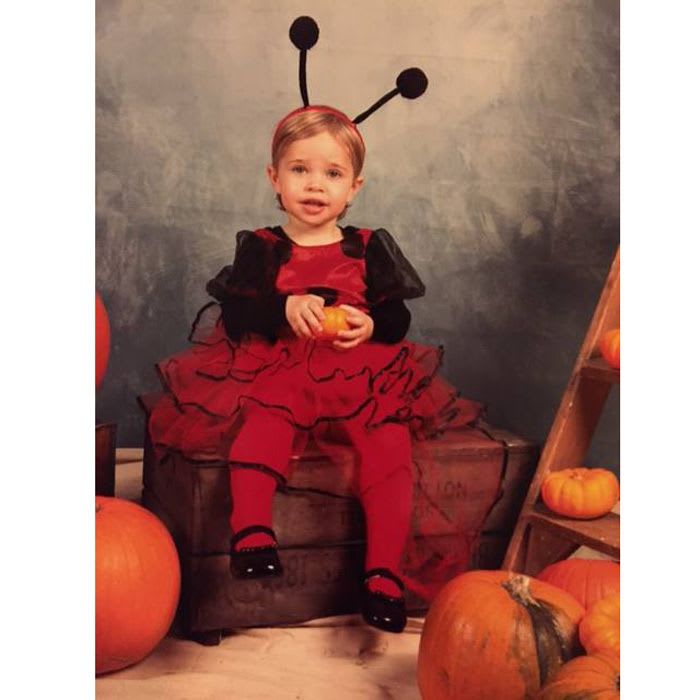 Princess Leonore of Sweden looked cute as a bug for Halloween 2015. The royal tot’s mum, Princess Madeleine, shared the too-cute photo of her little girl on Facebook with a message that read: “A Happy and Safe Halloween from Leonore…..” Photo: Boggio Studios via Facebook.com/PrincessMadeleineOfSweden

Prince Andrew and Sarah Ferguson dressed up in period costumes at a replica Klondike village during their first official tour together in Canada back in 1987.

Make sure you never miss a ROYAL story! Sign up to The Royal Explainer newsletter to receive your weekly dose of royal features and other exclusive content straight to your inbox.

Jake Paul Knocks Out Ben Askren In 1st Round Obliteration