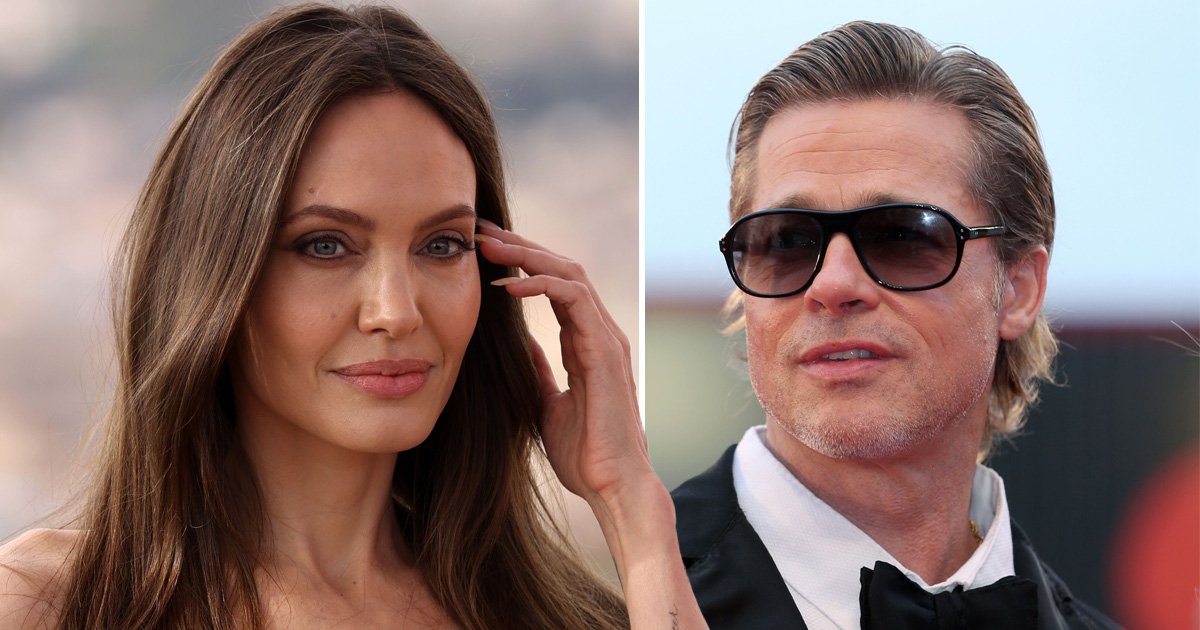 Angelina Jolie has accused Brad Pitt of drunkenly attacking her and their children on a private plane in 2016.

The actors are in the midst of a bitter legal battle after it was revealed they had filed for divorce.

In a lawsuit over a French winery that the pair bought, a new filing sees Jolie claim that Pitt grabbed her by the head and injured her back and elbow, choked one of their children, and struck another.

Reps for Pitt have denied the claims.

A source close to the actor told the BBC: ‘She continues to rehash, revise and reimagine her description of an event that happened six years ago by adding completely untrue information each time she fails to get what she wants. Her story is constantly evolving.’

The new filing reportedly alleges that, on September 14, 2016, during a trip on a private plane, ‘Pitt grabbed Jolie by the head and shook her, and then grabbed her shoulders and shook her again before pushing her into the bathroom wall.’

It goes on: ‘Pitt then punched the ceiling of the plane numerous times, prompting Jolie to leave the bathroom’.

After one of the pair’s children came to Jolie’s defence, Pitt allegedly ‘lunged at his own child’ before Jolie ‘grabbed him from behind to stop him.’

The legal filing continues: ‘To get Jolie off his back, Pitt threw himself backwards into the airplane’s seats injuring Jolie’s back and elbow.

‘The children rushed in and all bravely tried to protect each other. Before it was over, Pitt choked one of the children and struck another in the face.’

The filing also claims that Pitt yelled and swore at Jolie and the children, and poured beer on her and red wine on them.

It’s not the first time the alleged incident has been brought to light.

In 2016, the Bullet Train star was investigated by the FBI after an anonymous witness claimed he had ‘verbally and physically assaulted’ Jolie and their children.

However the investigation was dropped and the case closed as he was cleared of any wrongdoing, with Pitt denying all accusations at the time.

A statement from the FBI read at the time: ‘In response to allegations made following a flight within the special aircraft jurisdiction of the United States which landed in Los Angeles carrying Mr Brad Pitt and his children, the FBI has conducted a review of the circumstances and will not pursue further investigation.

‘No charges have been filed in this matter.’

Jolie filed for divorce from Pitt four days after the alleged incident. A temporary agreement saw Jolie retain full custody of the children while Pitt was granted ‘therapeutic visits.’

However in 2021, following a lengthy court battle, Pitt was granted joint custody of the kids alongside his ex-wife.

The new filing is part of an ongoing lawsuit over Chateau Miraval SA, a winery which the pair bought together.

Situated in the village of Correns in south-eastern France, it features a home and a vineyard and was purchased by the former couple for around €25million (£20,875,500).

Pitt is suing Jolie for selling her share in the winery they bought as a couple to Russian oligarch Yuri Shefler.

The Fight Club actor has asked the court to reverse a business transaction conducted by his ex-wife involving Chateau Miraval in Correns, France, which they bought together in 2008.

He said the couple first bought the estate for $28.4 million, and she laid down about 40% of the funding.

In the court documents, Pitt insisted he put more work and funding into the winery to ensure it made a profit, and he claimed by 2013 she hadn’t matched his efforts.

He added that they agreed not to sell off their interest in the business without the other party consenting to the sale.

Jolie – who filed for divorce in 2016 – went to court last summer and told the judge she had an agreement to sell her interest.

By the September, Pitt had agreed to let her pursue the sale, but noted he wasn’t consenting to the actual transaction, rather letting her find a buyer who he could then approve or reject.

He said that the following month he discovery Tenute del Mondo – controlled by Shefler – had bought Jolie’s interest in the winery, alleging she didn’t seek his consent and kept the terms of the deal from him.

Metro.co.uk has contacted reps for Brad Pitt for comment.

Celebrities pay tribute to Betty White on her 99th birthday