Bill Maher begs to differ with the maxim, “There’s no time like the present,” because he says the past is being unfairly dragged.

Maher made a case against the concept of “presentism” — making moral/ethical judgments about the conduct of people in the past based on current norms.

His argument is laced with some pretty hysterical jokes, like people who think they’re better than George Washington because they have a gay friend and GW didn’t. As he said, if GW were alive today, he’d probably have gay friends and if the people today were alive back then they wouldn’t. 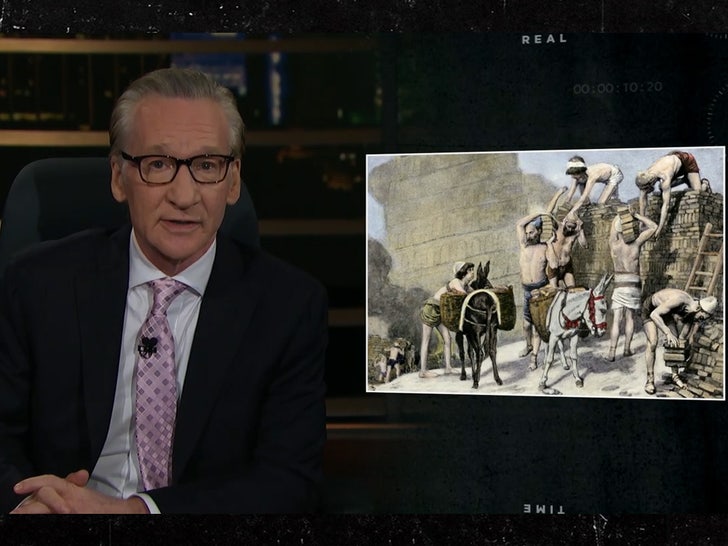 Now speaking of Washington — whose legacy is tarnished by the fact he was a slave owner — Maher tries to make the case that — despite the fact slavery is horrendously wrong — it has been the norm throughout history, pointing to the Egyptians, the Romans, the Greeks, the British … and then he lands an hysterical joke, which you gotta watch.

As he put it half jokingly, human beings are generally terrible people.

Short story — he thinks judging people from the past using current standards is stupid, and we shouldn’t start altering, dismissing or ignoring history to conform to present values.

It’s interesting … it sure seems that in 50 years — maybe less — people will look back with horror that humans used to eat animals and fish. So, what does that make most of us now?

Have You Heard Olivia Rodrigo’s SMASH Hit Driver’s License This Week? Well, Here’s A Rundown Of All The Drama Surrounding It!