New Line/DC’s Black Adam ends its first week with $83.4M, which is slightly ahead of what Dwayne Johnson’s Fast & Furious spinoff Hobbs & Shaw did in its first week at $83.1M. That’s impressive considering that this is a deeper universe DC character, and the other was connected to a long-established franchise, not to mention it debuted in the summer. Hobbs & Shaw ended its domestic run at $173.9M. The pic’s second weekend was $36.5M, and currently Black Adam is expected to come in lighter at $27M-$30M in weekend two. The anti-hero’s Thursday gross was $3.1M, -8% from Wednesday.

Meanwhile, Lionsgate has the sole, new wide release this weekend in the PG-13 horror film, Prey for the Devil, which isn’t expected to do much in the high single digits at 2,980 locations. Lionsgate typically launches a genre title around Halloween, i.e. their Boo! A Madea Halloween debuted to $28.5M in the penultimate weekend of October 2016 then went on to have a -40% hold, in weekend 2 with $17.2M. Last night, Prey for the Devil, did $660K at 2,450 theaters.

Prey for the Devil stars Roadies’ Jacqueline Byers and 13 Reasons Why’s Christian Navarro, and is directed by The Last Exorcism’s Daniel Stamm.

Byers plays Sister Ann in the film, and she believes she’s answering a calling to be the first female exorcist… but who, or what, called her? She seeks out a place at an exorcism school reopened by the Catholic Church. Until now these schools have only trained priests in the Rite of Exorcism – but a professor (Colin Salmon) recognizes Sister Ann’s gifts and agrees to train her. Thrust onto the spiritual frontline with fellow student Father Dante (Christian Navarro), Sister Ann finds herself in a battle for the soul of a young girl, who Sister Ann believes is possessed by the same demon that tormented her own mother years ago.

Elsewhere Thursday, Universal’s George Clooney and Julia Roberts romantic comedy Ticket to Paradise ended week one with $23.7M. Yesterday was $1.5M, -8% from Wednesday at 3,543. It’s going to be fun to watch how much this older skewing female comedy can leg out. Sixty million stateside is a solid projection — but can it do more? Pic came in ahead of forecasts last weekend with $16.5M.

Third belonged to Paramount’s horror title Smile with $640K yesterday, -7% from Wednesday for a fourth week of $11.3M and running total of $87.3M.

Halloween Ends from Universal/Blumhouse/Miramax ends week 2 with $10.3M, a 14-day total of $56.5M, and a second Thursday of $497K, -8% from Wednesday. The pic is also available to watch on Peacock. 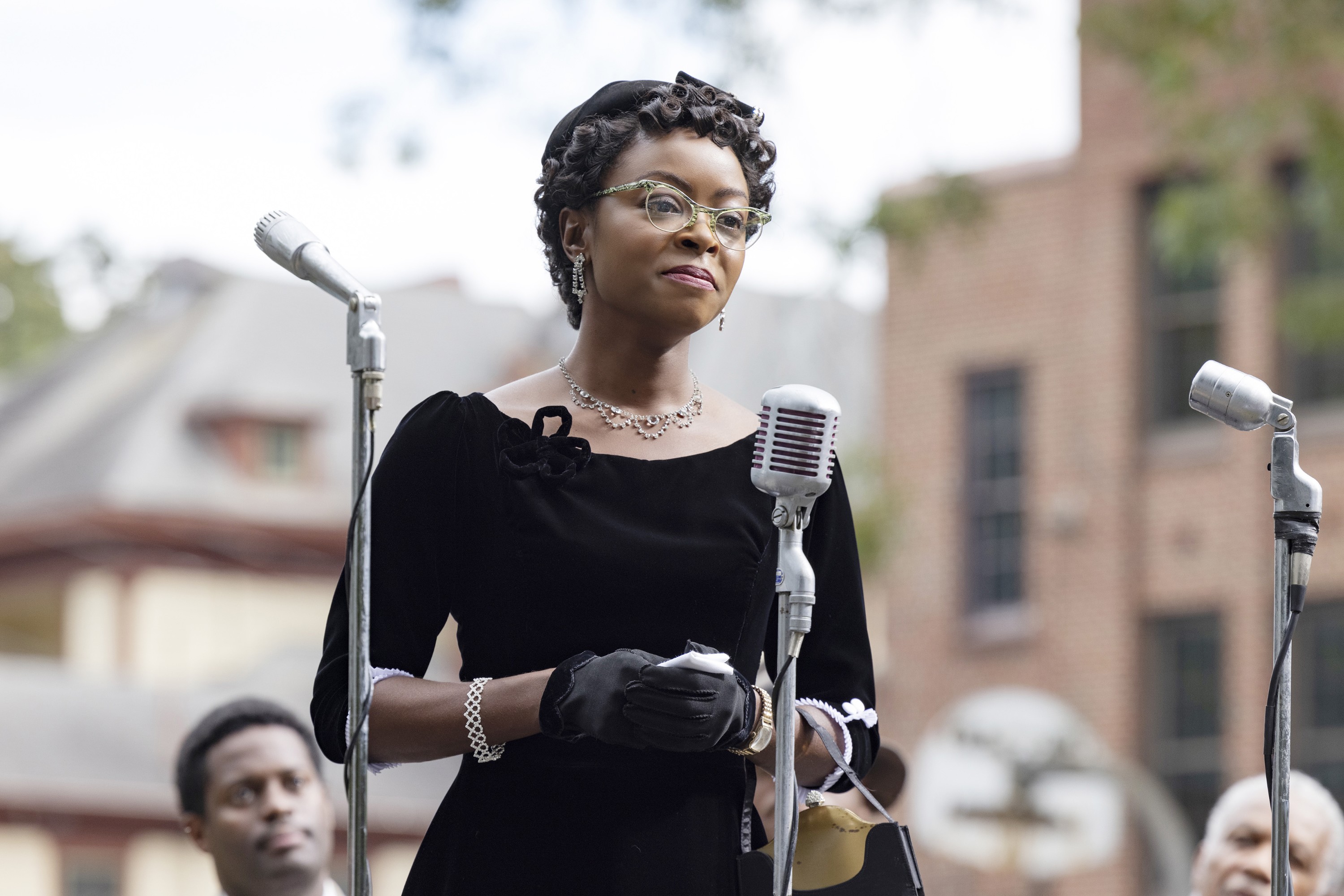 A few films, particularly those that were on the arthouse sector, are going wide today. United Artists Releasing’s Till from Chinonye Chukwu will expand into 2,000 theaters. Standing at 98% certified fresh on Rotten Tomatoes, the pic is expected to bring in around $4M.

Searchlight’s Martin McDonagh’s The Banshees of Inisherin is expanding into 59 theaters across 11 additional markets after its beefy theater average last weekend of $45,2K (the highest so far this fall). The Colin Farrell-Brendan Gleeson movie’s first week clocked $251K.

Focus Features has James Gray autobiopic Armageddon Time booked at six locations in NYC and LA. The movie, which stars Anne Hathaway, Jeremy Strong and Anthony Hopkins, follows Gray’s life growing up in Queens against the Reagan era. Since its launch at the Cannes Film Festival, the pic has garnered 80% fresh on Rotten Tomatoes.