Dancing On Ice star Patsy Palmer’s business suffered financial collapse with tax debt of £171,000 before she moved to start new life as a DJ in US

Patsy Palmer’s business racked up an eye-watering £171,693 in tax debt before she moved away to start a new life in the US.

The actress, 50, who is set star in the new series of Dancing On Ice for a reported £100,000 fee, faced financial struggles back in 2016 when her company had to be dissolved.

A final liquidator’s report filed on Companies House shows her business Frec Productions, which managed her fitness DVDs and Patsy’s fake tan venture, had debts of £212,808. 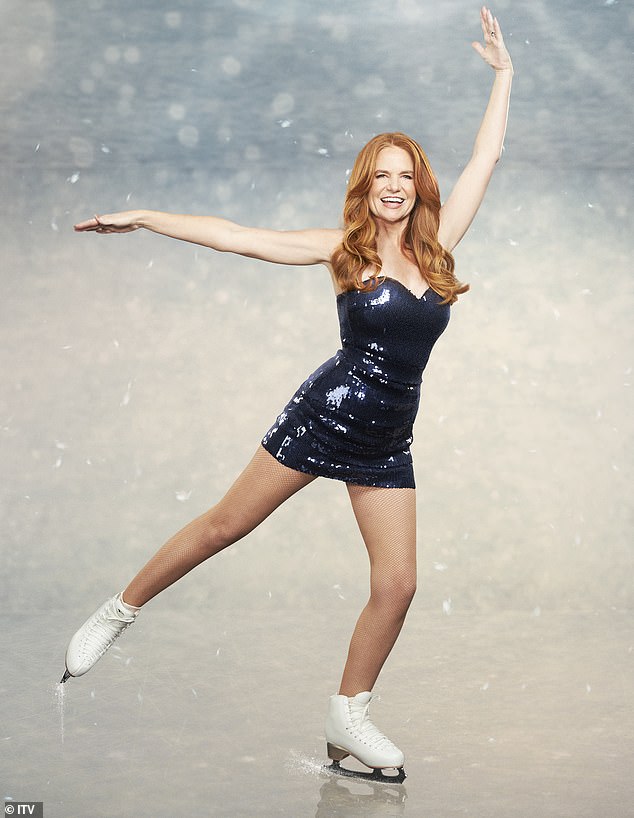 She’s back: Patsy Palmer’s return to television on Dancing On Ice  is a lucrative career opportunity after stepping out of the spotlight when she moved to Malibu in 2014

The actress best known for her role as Bianca in EastEnders, meanwhile owed the company £400,653 due to her director’s loan account being overdrawn. 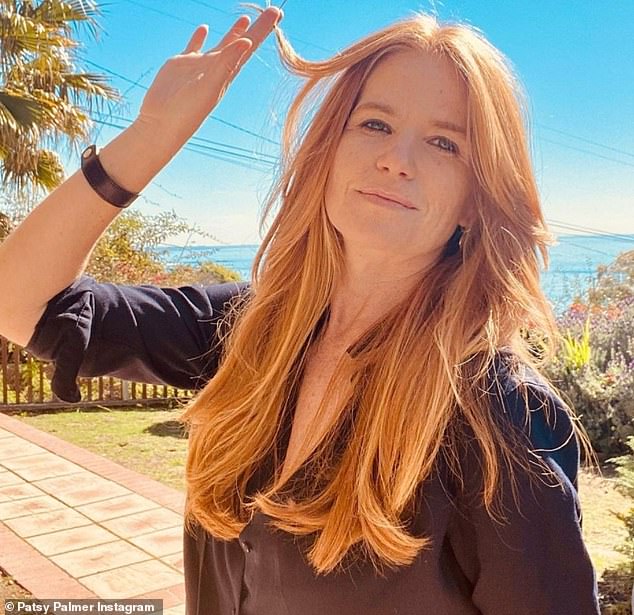 Money woes: Now, ahead of her stint in the ITV competition, it has been revealed the actress’ business suffered financial collapse with the company racking up £171,693 in tax debt 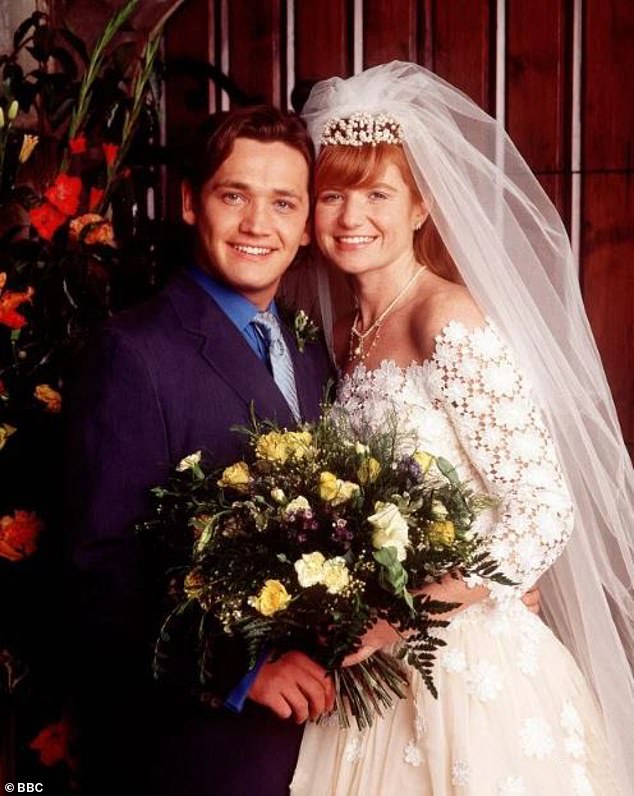 Ricky! The actress, best known for her role as Bianca in EastEnders, owed the company £400, 653

It is not known if any of the debt has been recovered since the company was dissolved in 27 December 2016.

The actress usually lives in Malibu with husband Richard and their three children, Fenton, 22, Emilia, 20, and Bertie, 10, after relocating to the US in 2014. 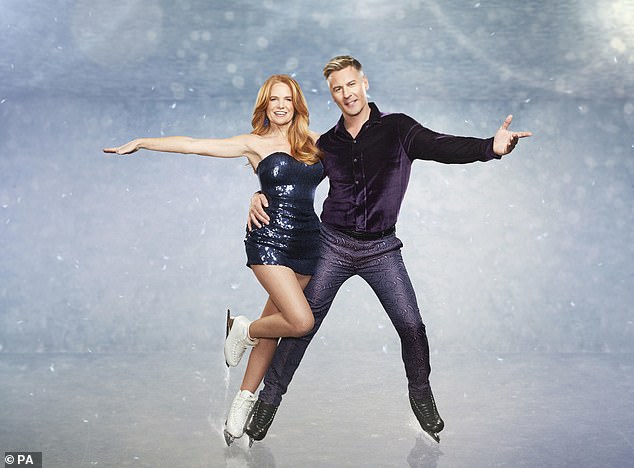 Working hard: The soap star has been training on ice rinks in Los Angeles with her skating partner Matt Evers ahead of the show’s return on January 15

She is also a parent to actor Charley Palmer Rothwell, 30 – her UK based son with former partner Alfie Rothwell.

Patsy now describes herself as a DJ and founder of a hair oil brand which has just over 9,000 followers on Instagram.

Patsy has relocated from her home in Malibu to Berkshire while competing in the new series of Dancing On Ice.

The soap star has been training on ice rinks in Los Angeles with her skating partner Matt Evers ahead of the show’s return on January 15.

But now, Patsy has revealed she will be staying in the UK for the duration of the series so she can throw herself into the competition, telling The Mirror it’s already brought out her competitive streak.

She said: ‘I’m not competitive but this time I’m going to say let’s try and win it.

‘I’m going to focus on the training and use meditation, and this will really put it to the test for me.’

Patsy said she has made a pact to ‘get out of her comfort zone,’ adding: ‘This is for all the 50-year-olds. I’m quite scared now.’ 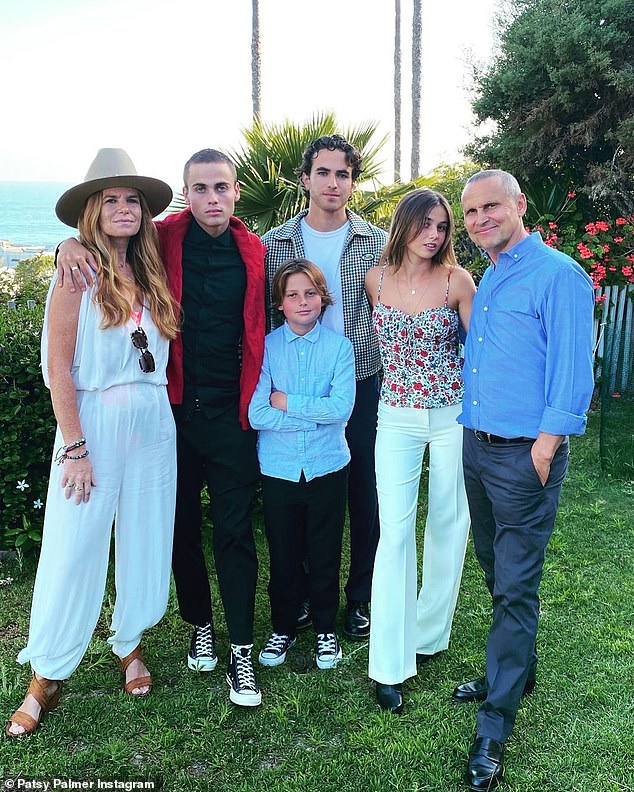 Life in Malibu: Patsy now describes herself as a DJ and founder of a hair oil brand which has just over 9,000 followers on Instagram

DANCING ON ICE 2023: MEET THE CONTESTANTS

WHAT DID THEY SAY?:  ‘I’ve turned it down before because I was terrified, but when I turned 50 I made a pact to get out of my confront zone. ‘

WHAT DID THEY SAY?:  ‘I’ve got some amazing news to tell you. I’m so excited, I can’t wait to get myself on the ice and skate. Stay tuned and see you on the ice.’

WHAT DID THEY SAY?: ‘I’ve not got the best coordination so when people find out they will laugh, but I don’t want to spend my life saying “I can’t do this, I can’t do that.”

WHAT DID THEY SAY?: ‘I’m so excited. I wanted something in my life with structure and it’s more serious than what I usually do.’

WHAT DID THEY SAY?: ‘I’m so excited that I get to learn how to dance…on ice! I’m terrified but can’t wait – I just want to make the most of this whole experience.’

WHAT DID THEY SAY?: ‘I want to learn how to skate and make my family proud of me and put on a show for everyone to see.’

WHAT DID THEY SAY?:  ‘I am definitely in it to win it.And this may be one of the scariest things I’ve ever signed up for but I couldn’t be more ready for the challenge!’

WHAT DID THEY SAY?: ‘I’ve not done much ice-skating but I am so excited for the opportunity. I’m so excited to get into that routine and to feel like an athlete again.’

JAMES LEE WILLIAM AKA THE VIVIENNE

WHAT DID THEY SAY?: ‘To be the first drag artist to take part in one of the big UK reality competition shows is an honour and a big step forward for queer representation on TV.’

WHAT DID THEY SAY?: ‘I’ve got giant feet, I don’t skate and I can’t dance. My family has already made bets – they’re making bets that I’ll fall on the first episode!’

WHAT DID THEY SAY?: ‘I’ve always wanted to do it but I know I would never have been able to complete anything because of the way I was 18 months ago, so I’m really truly grateful that I’ve got it this year when I’m a lot stronger.’