Despite suspecting acting might be in the DNA, the Silent Witness star’s daughter Rose, 11, has other ideas. And she has her mum’s backing in following a very different career path. 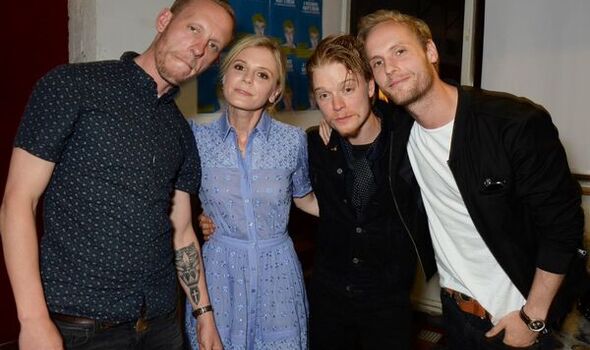 Emilia, whose mother is actress Joanna David and father is Bafta-winner Edward Fox, made her on-screen debut in Roman Polanski’s The Pianist in 2001. And she has worked in TV and film ever since.

Her uncle is James Fox, and her cousins Jack, Laurence and Lydia are all actors. Her brother Freddie is in the industry, and her greatgrandmother was the actress Hilda Hanbury, sister of fellow stage star Lily Hanbury.

Speaking about her thespian heritage, Emilia said: “I’ve been asked all my life, “Do you think it’s in your blood”, and I was always like ‘no no no, it’s like having a family of doctors, you get used to the language and you feel comfortable around that world and sort of know it so you gravitate towards it’.

“Then I did the show Who Do You Think You Are? and saw there’s a lot of actor family members in the business going back generations, so I thought maybe there is something to it being in the blood.”

Now Rose, 11, whose father is filmmaker and peace campaigner Jeremy Gilley, might be about to change that.

“So far she has said she wants nothing to do with acting because of having to get up too early,” Emilia, 48, laughs.

“And I think that’s very good and maybe she will follow her dad into his profession or maybe she’ll choose something completely different. But I think the most important thing is to give her the opportunity and keep the horizons as wide open as possible.”

However, Rose is already showing some acting promise and her proud mum admits: “I did see her in her school play and she was very good in it.”

Emilia, who is dating TV producer Jonathan Stadlen, is now taking on a new challenge.

After almost two decades playing a forensic scientist in Silent Witness, she is presenting streaming series Murdertown, about true crimes on the Crime+ Investigation channel. In each episode, Emilia visits towns and communities rocked by murder.

“For 18 years I’ve been working on fictional crime solving but along the way I have met some extraordinary people who work on the real solving of crime.

“I’ve always been fascinated by their work and often their very unsung work.

“I think it’s the human desire to understand the darker side of life. There is a sort of interest in trying to understand who commits awful crimes, why they do it and the natural human instinct to see justice is done.”