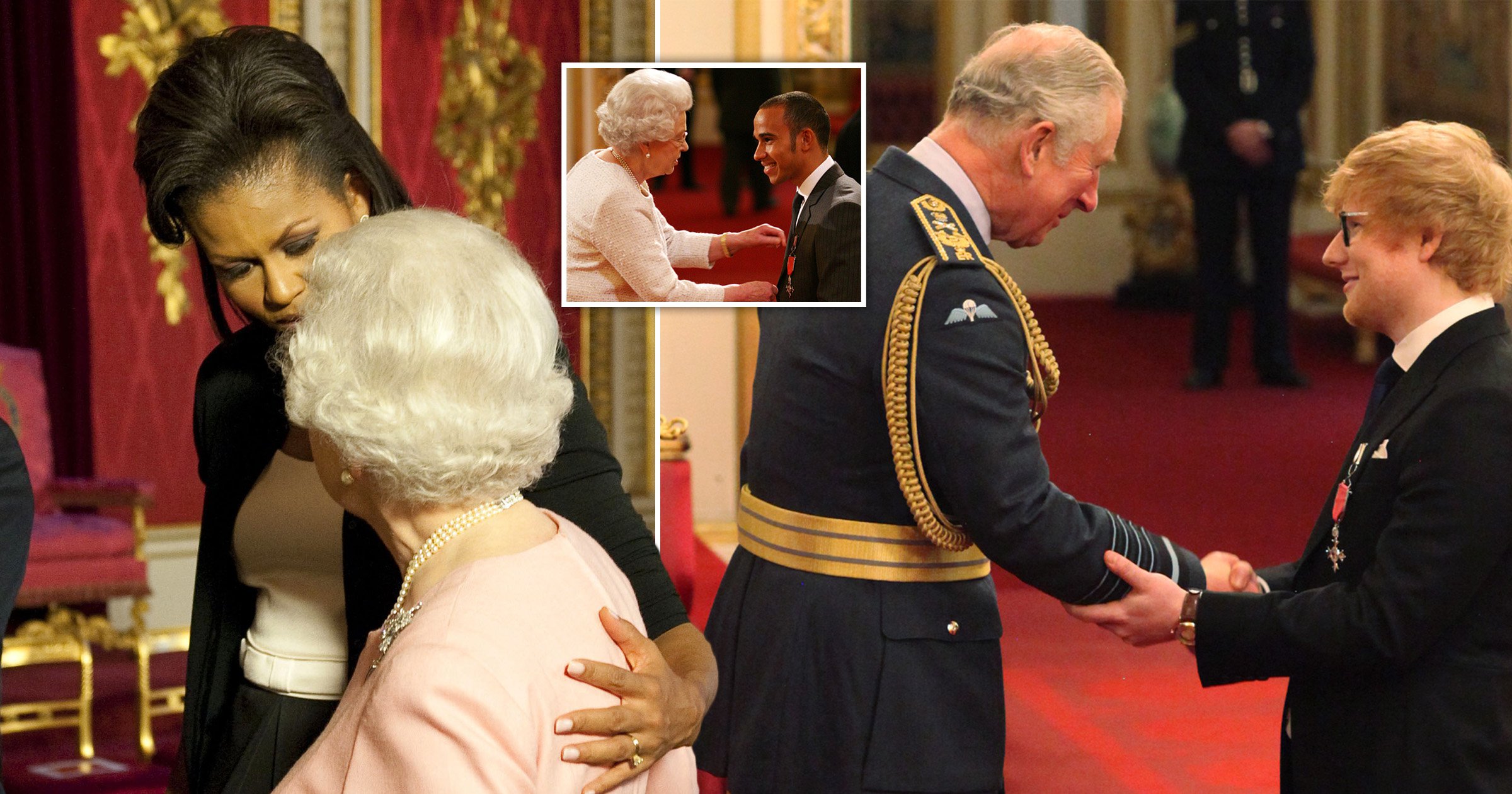 When meeting a member of the Royal Family, it’s long been believed one must adhere to a strict set of rules around touching, talking and general decorum.

While there is a lot to be mindful of, should you find yourself face to face with a royal, according to the BBC, the biggest supposed ‘rule’ is: don’t touch His or Her Majesty.

You’re allowed to only shake their hand if they offer it.

When it came to Queen Elizabeth II, who died on September 8 aged 96, you were also not to expect the monarch to start the conversation with you if you were sitting on her left during a meal, should you be so lucky. According to etiquette experts, it’s customary for the guest of honour to sit to the right of the King or Queen, who they’ll speak to during the first course of the dinner, before switching attention to the person on their left for the following course.

It’s also believed you’re not allowed to leave an event before the monarch, unless permission has been granted through a private secretary, to turn your back on The Majesty, to take pictures of them in royal palaces, ask personal questions, or get ‘too over excited’.

You’d think the rich and famous would be well versed in the kind of guidelines, seeing as they’re often on the other side of the interaction with fans, but that doesn’t mean the likes of Ed Sheeran, Sir Lewis Hamilton and even former First Lady Michelle Obama haven’t apparently ‘slipped up’ when in the company of royalty.

In fact, many a celebrity has done what we’re dubbing a Royal Faux Pas in front of the late Queen and other members of the firm.

Still, as per guidance on the official website for the British Monarchy, ‘there are no obligatory codes of behaviour when meeting the Queen or a member of the Royal Family’, However, it goes on to tellingly add: ‘Many people wish to observe the traditional forms.’

In regards to the rules above, a year after he was presented with his MBE in 2009 Formula 1 star Sir Lewis, explained he committed an almighty faux pas.

Speaking on The Graham Norton Show, Sir Lewis explained: ‘I got invited to a lunch and was sitting next to The Queen.

‘I was excited and started to talk to her but she said, pointing to my left, “No, you speak that way first and I’ll speak this way and then I’ll come back to you”.’

Luckily, after five minutes of speaking to the person on her right, the Queen returned to the sportsman: ‘She is a sweet woman and we talked about how she spends her weekends, houses and music. She is really cool.’

While it’s frowned upon to touch the Queen, some thought Loki star Tom had broken protocol after images emerged of him with an arm around Camilla.

The suggestion he broke the rules was quashed by Clarence House, whose spokesperson told People in a statement: ‘I think she quite enjoyed it!’ and confirmed there was no breach of protocol, merely a ‘warm moment’ between two who ‘got on very well and had a very nice chat together’.

A friendly actress, Allison Janney revealed she perhaps got a little too familiar with Kate Middleton after meeting at the Baftas.

Recalling her interaction, the I, Tonya star said: ‘I just told her that I was in bare feet and I felt — I told her she should take her shoes off ’cause she’s pregnant.

‘It was an awkward moment. As I did, I called her “honey” and that might not have been royal etiquette.’

While this may also be filed under the Tom Hiddleston school of ‘close calls’, a famous photo of LeBron meeting Kate and William shows the sports star placing an arm around the Duchess of Cambridge.

Similarly, Buckingham Palace insisted there was no foul on this court.

Laura King, senior communications officer for Buckingham Palace, told the Northeast Ohio Media Group: ‘The Duke and Duchess of Cambridge very much enjoyed their time in the US, including attending the NBA game and meeting LeBron.’

While being awarded an MBE at Buckingham Palace in 2017, Ed touched the now-King Charles III’s arm as the pair shook hands, which is a no-no in terms of royal touchy-feely.

You could call that one bad habit…

‘Apparently, I did a big faux pas, though,’ the singer told NBC afterwards. ‘I shook his hand and then grabbed it and you’re not meant to do that.’

Sitting front row at fashion week alongside Queen Elizabeth II, Anna Wintour kept her sunglasses on as the pair appeared in conversation.

Etiquette expert Grant Harrold later told the Press Association: ‘Ms Wintour should know that to wear sunglasses when talking to another person, with no medical reason, is unacceptable.

‘She should have removed them before being in the presence of the Queen, let alone in discussion.’

Mickey Rooney planted a kiss on the Queen’s hand

During the Queen’s visit to the US in 2007, Mickey Rooney went one further against the ‘no touching the Queen’ rules.

As he greeted the Monarch at a garden party in Washington, he swept up her hand and planted a smacker on the back of it.

Luckily she was wearing gloves, so we can only assume it didn’t cause too much of a concern for her security muscle. Besides, the Queen didn’t seem to mind.

In a moment that will go down in pop culture and Royal Family infamy, Geri, then as Ginger Spice, revealed she patted Charles on the behind.

But she insists she didn’t pinch his bum, as was reported at the time.

She later told The Times: ‘I didn’t pinch Prince Charles’s bum, as was reported. I patted it.

‘Patting him on the bottom was against royal protocol but we’re all human.

‘It was the premiere of our film, Spice World, in the late 90s There was a lot of nervous energy – young women, happy antics.’

Michelle Obama put her arm around the Queen

During a meeting with the Queen in 2009, alongside husband Barack Obama, Michelle had all sorts of royal experts and pundits clutching their pearls when she placed a friendly arm around the Monarch.

Funnily enough, despite all this chat of ‘protocol’ Queen Elizabeth reciprocated by placing her arm around First Lady Michelle.

Michelle wrote in memoir Becoming: ‘Forget that she sometimes wore a diamond crown and that I’d flown to London on a presidential jet; we were two tired ladies oppressed by our shoes.

‘I then did what’s instinctive to me anytime I feel connected to a new person, which is to express my feelings outwardly. I laid a hand affectionately across her shoulder.’

Surprisingly not briefed on the no touching rule, it wasn’t until after their meeting Michelle realised she’d done ‘what would be deemed as an epic faux pas’.

She added: ‘If I hadn’t done the proper thing at Buckingham Palace, I had at least done the human thing.

‘I daresay the Queen was okay with it, too, because when I touched her, she only pulled closer, resting a gloved hand lightly on the small of my back.’