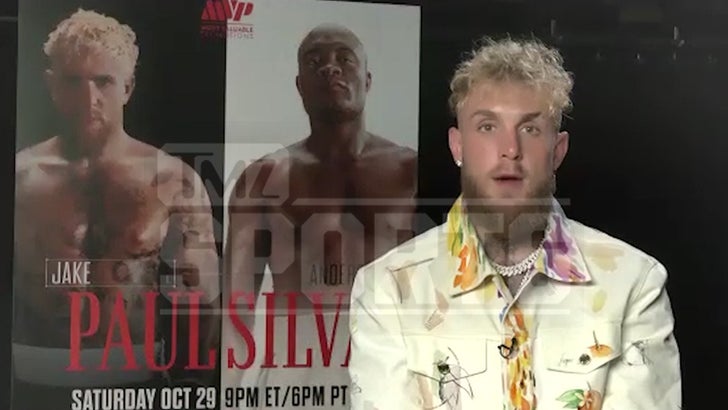 Jake Paul says he’d actually consider going to war with his own blood in the boxing ring after he beats up on Anderson Silva on Saturday … telling TMZ Sports he’s ready to set up some MASSIVE fights.

Of course, the Problem Child and Spider will be squaring off in the ring in Phoenix just hours from now … but we couldn’t help but ask who he’s eyeing after this weekend’s big event.

Paul says there will be people lining up to fight him after he comes away with the W … and if his brother, Logan, ends up being one of them, Jake says he’d entertain the idea!!

Now, Jake and Logan’s mom has previously been adamantly against it … but as both guys continue their own respective careers, fans have been dying to see it.

TALE OF THE TAPE

Jake is 5-0 — potentially 6-0 after Saturday night — but Logan has yet to win in a pro fight. He did go up against Floyd Mayweather in an exhibition bout, though … and folks were impressed with how he was able to hold his own.

Can we set this up already!?!?

Kendall Jenner Leaves a Fitting While Out in Milan

'Fox & Friends' Rails Against Impeachment: 'The Last Thing You Want'