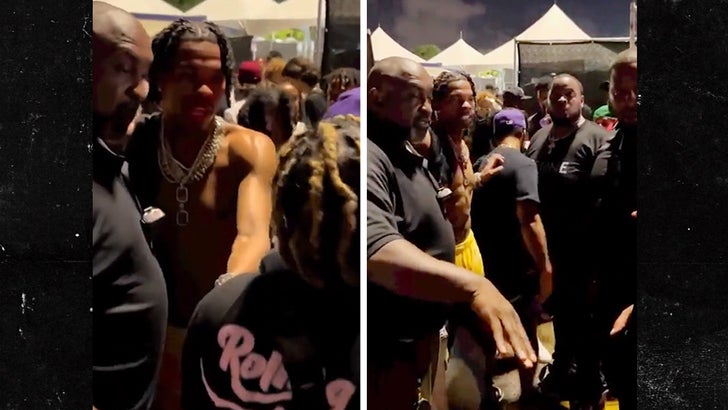 Lil Baby‘s loyalty was on full display at Rolling Loud when he successfully swatted off a few fans trying to pose as fam slipping backstage!

The 4PF Records boss was spotted conducting his own ID check of entourage members … which is typically security’s job, but nonetheless, he was able to diffuse any mishaps from going down.

You can almost hear what sounds like Baby scolding the actual Rolling Loud security for getting the head count wrong as he takes matters into his own hands. 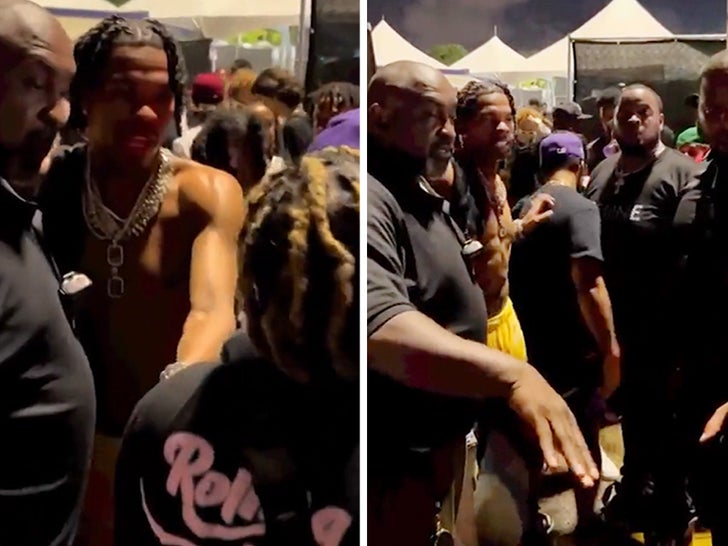 He points out familiar faces and even possibly lets a few well-behaved fans slide through before security steps in and creates a human wall around the gate.

Baby was among the many rap stars present for Rolling Loud Miami, dedicating his “Drip Too Hard” performance to its incarcerated costar Gunna among other his other hits.

He’ll be rolling with the same team all summer — his Miami pit stop coincided with his current tour with Chris Brown, which is also powered by RL.

Ekin-Su being ganged up on was hard to watch and I can’t stand the boys! says her brother