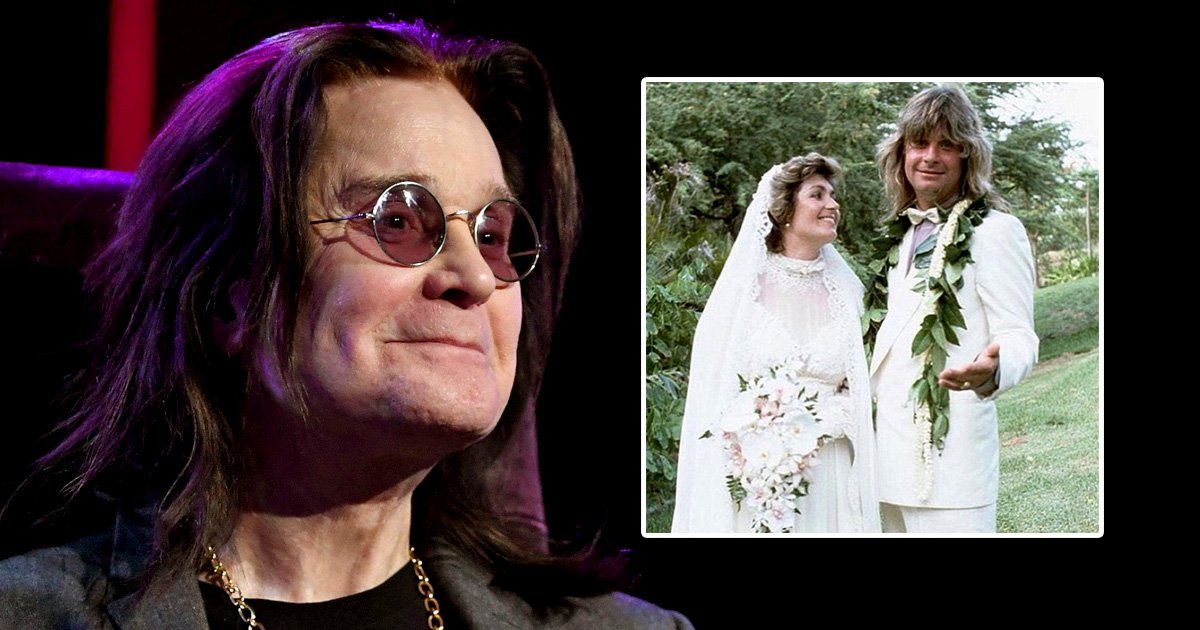 Rumour has it, Ozzy Osbourne wants to renew his wedding vows to wife Sharon Osbourne after recently undergoing surgery.

The 73-year-old music star has been married to the former X Factor judge since
1982, and he’s now supposedly keen to exchange vows again after going under the knife

Reports come after a string of health struggles for Ozzy, who has Parkinson’s disease and continues to battle other medical issues after injuries from a 2003 quad bike accident were aggravated when he fell at home in America in 2019.

He had surgery on his neck last month and is ‘on the road to recovery.’

A friend of the famous couple said: ‘Ozzy may have been waiting on getting his neck and back sorted after extended leg pain, which has left him unable to walk for long periods.

‘But while that has been his hope, he always wants to treat Sharon to something special for their 40th.’

Ozzy is supposedly determined to prove that ‘their love burns bright’ and he’s even considering organising a trip to Hawaii, where they first exchanged their vows in the 80s.

The insider told the Sunday Mirror newspaper: ‘They renewed their vows in Vegas, but he hoped to fly them to Maui for a break to recall their big day.

‘He hopes that his recovery will be short and nerve damage will be
removed so that he can treat his wife.’

The source added that, while Ozzy ‘may have gone through the mill in recent years’, his spirit and desire to show his wife that he loves her remains.

Meanwhile, the Black Sabbath rocker recently revealed he’s ‘recuperating comfortably’ at home after undergoing an operation, for which the reason is unknown.

The musician thanked fans for their well-wishes and confirmed he was back home recovering.

In an update shared on social media, Ozzy – who has also battled drug and alcohol abuse during his career – said: ‘I am now home from the hospital recuperating comfortably.

‘I am definitely feeling the love and support from all my fans and send
everyone a big thank you for their thoughts, prayers, and well wishes
during my recovery.’

Wife Sharon also spoke out about her husband’s health earlier this month, telling Instagram that the love of fans ‘means the world to him.’

The couple are fast approaching their anniversary on July 4, following their wedding day in Maui.

They share three children – Aimee, Kelly, and Jack – and Sharon has two stepchildren, Louis and Jessica, from her husband’s previous marriage to retired schoolteacher Thelma Riley.

Tom Petty and His Band Made Fun of Stevie Nicks' Clothes: 'We Gave Her a Hard F***ing Time'

‘This Is Us’ Finale Delayed: When You’ll Be Able To See The Anticipated Episode