PnB Rock was shot to death Monday during a robbery at a Roscoe’s Chicken & Waffles in South Los Angeles, police said.

Los Angles police Capt. Kelly Muniz told the Los Angeles Times that there was a shooting at the eatery – which is located at Main Street and Manchester Avenue – at around 1 p.m. Monday. Muniz did not confirm the name of the victim.

The 30-year-old rapper, whose real name is Rakim Allen, was geo-tagged in a social media post by his girlfriend, which was subsequently deleted from Instagram. 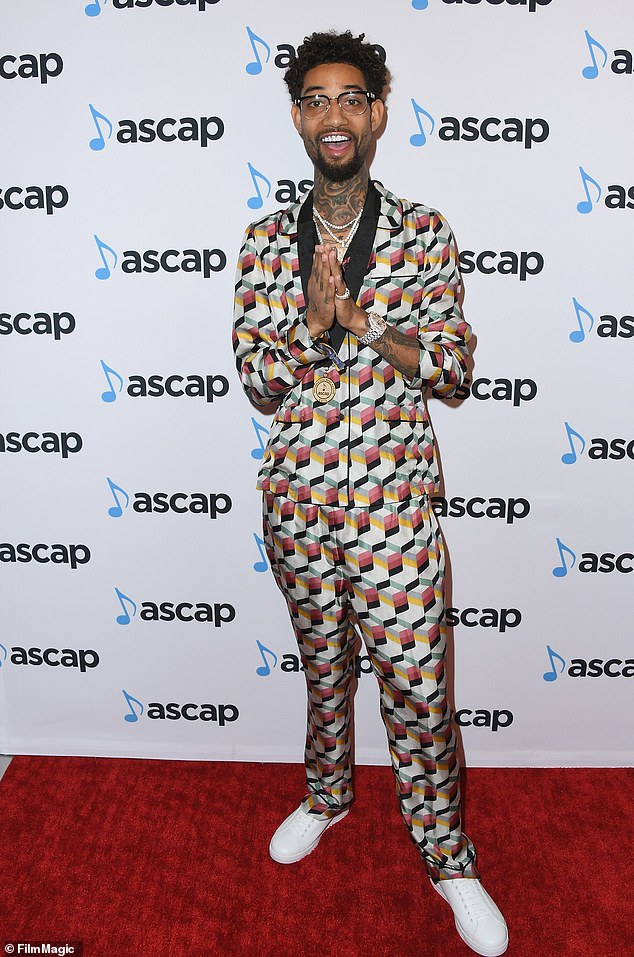 The latest: PnB Rock, 30, was shot to death Monday during a robbery at a Roscoe’s Chicken & Waffles in South Los Angeles, police said

A suspect in the incident pulled out a firearm and ordered PnB Rock to hand over items, Muniz said, adding, the suspect ‘shot the victim and ran out the side door to a getaway car and then fled the parking lot.’

Insiders told the paper that the musical artist was specifically targeted because he was wearing jewelry at the time.

The shooting victim was taken to a nearby hospital and pronounced dead at 1:59 p.m., Muniz told the outlet.

Police sources with the LAPD said investigators were probing security footage from the establishment in addition to nearby businesses in an effort to identify the suspect in the fatal shooting, and if they departed the crime scene on foot or in a vehicle. 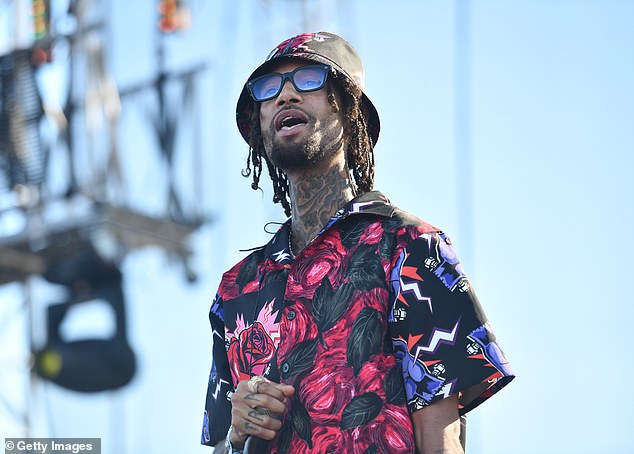 The musical artist was seen onstage in Anaheim, California in August of 2019 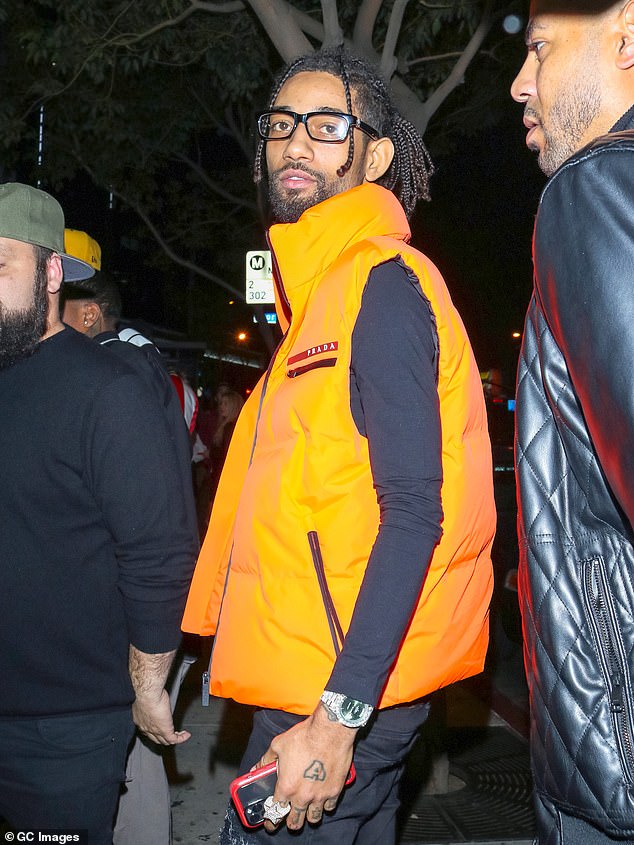 The performer was seen in November of 2019 in LA

Rock first burst on the scene with the 2015 song Fleek, and went on to work with performers including Ed Sheeran, Meek Mill, YFN Lucci and Chance the Rapper.

He had commercial success with the single Selfish, which hit the 51st spot on the Billboard Hot 100 in November of 2016.

He had released his most recent single Luv Me Again this past September 2.

A number of notable names took to Twitter to mourn the tragic death Monday.

Offset wrote, ‘Pray for pnb rock….the man got family and kids smh God be with the man,’ while Juice Wayne said, ‘PnB Rock really died because of the greed of bummy a** n*****. Disgusting. Rest In Peace to the fallen.

Another user wrote, ‘PNB Rock life is worth a lot more then sum money & ice. we will never learn.’ 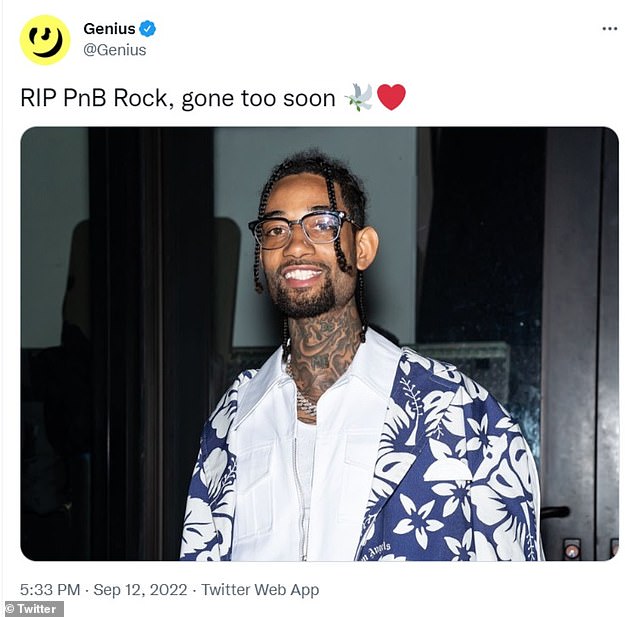