Princess Diana‘s astrologer, Debbie Frank, has predicted Windsor Castle could be the new home of the Prince and Princess of Wales.

Recently the pair moved to Adelaide Cottage in Windsor with their three children Prince George, Princess Charlotte and Prince Louis.

However it has since been predicted their move could be “temporary, as the reshuffle continues” for the royal family after he death of the Queen aged 96.

The royal astrologer said Prince William is “itching to make a difference” while Princess Kate is “absolutely ready for change,” but how will their lives unfold?

Recently risen up the ladder to Prince of Wales, Cancerian William is taking it all in his stride.

PHOTO: Prince Harry looks after his grandmother the Queen

Having just turned 40 he’s going through the astrological mid-life crisis and his new destiny offers great vistas of potential and possibility.

William is itching to make a difference in the world and it starts as early as October when the eclipsed New Moon carves out a vast platform for his vision. 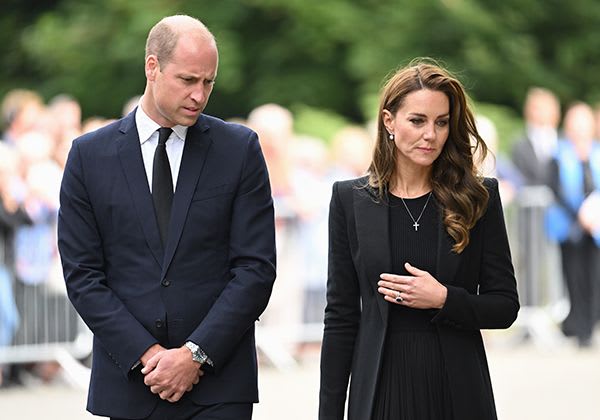 Prince William and Kate are in mourning for the late Queen

Temporarily plans (especially involving travel) are in disarray but will resurrect in a powerful way very quickly.

His maturity will come to the fore next year, inspiring him to build something that truly looks after the planet and its people.

The freshly minted Princess of Wales is absolutely ready for change as her recent drive to relocate to Adelaide Cottage shows.

It’s possible that this will prove to be a temporary home as the re-shuffle continues – might Windsor Castle beckon?

As Saturn sits on the partnership angle of her chart at the time of the Queen’s death she is moving more fully into the power couple scenario of being Prince and Princess of Wales.

They are going to be a tight unit with a lot of joint initiatives. Kate’s chart shows she is opening up to a whole new world of people and possibilities that light her up.

2023 is a year of mass appreciation of what she has to offer.

Halle Berry Can See Herself ‘Settling Down’ With Boyfriend Van Hunt