She and Prince William joined other members of the royal family in the procession of the queen’s coffin, which was moved from Buckingham Palace to Westminster Hall, in London. There, it will lie in state for four days, and mourners will be able to visit it to pay their respects. After the coffin was moved, the royals attended a solemn reception for the late queen at the Palace of Westminster.

At the service, the Princess of Wales looked elegant in an all-black mourning ensemble: an ebony coat dress, a matching hat with a netted veil, stockings, pointed-toe heels, and a clutch. 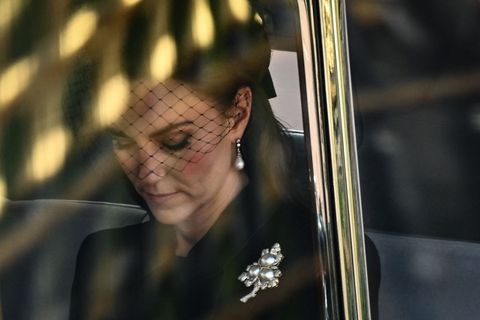 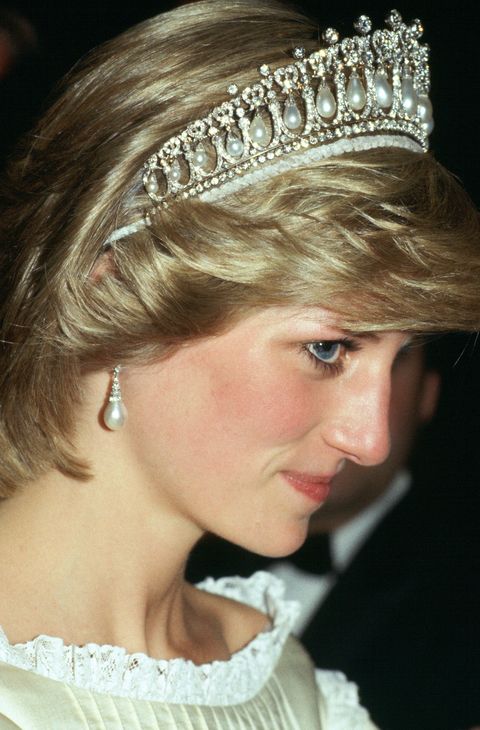 The brooch is made up of three pearls sitting inside three silver leaves. Kate had worn the brooch only once before, during a visit to Belgium in 2017. Before gifting it to her, Queen Elizabeth wore it on her 73rd birthday in 1999 during a visit to Seoul, South Korea. At the time, the monarch pinned the brooch to a yellow dress with white polka dots. Other accessories included her white gloves and layered pearl necklace. 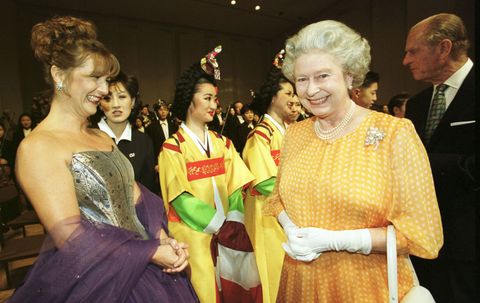 As for Diana’s earrings—which the late royal wore various times in public, including to an official visit to Canada in 1983—this is not the first time Kate has honored her husband’s mother. Just this June, she wore the late princess’s sapphire-and-diamond earrings at the Trooping the Colour parade honoring Queen Elizabeth.

Following the queen’s death last Thursday, Kate inherited Princess Diana’s former title, Princess of Wales, while Prince William is now the Prince of Wales. A royal source told BAZAAR.com at the time that the couple intend “on deepening the trust and respect of the people of Wales over time” and “will approach their roles in the modest and humble way they’ve approached their work previously.”

And while Princess Kate “appreciates the history associated with this role,” she also wants “to look to the future as she creates her own path.“

Princess Mette-Marit Marks 47th Birthday with New Photos — with a Guest Appearance from Her Dogs!

Are you ready to wake up to ZOE BALL on Radio 2?