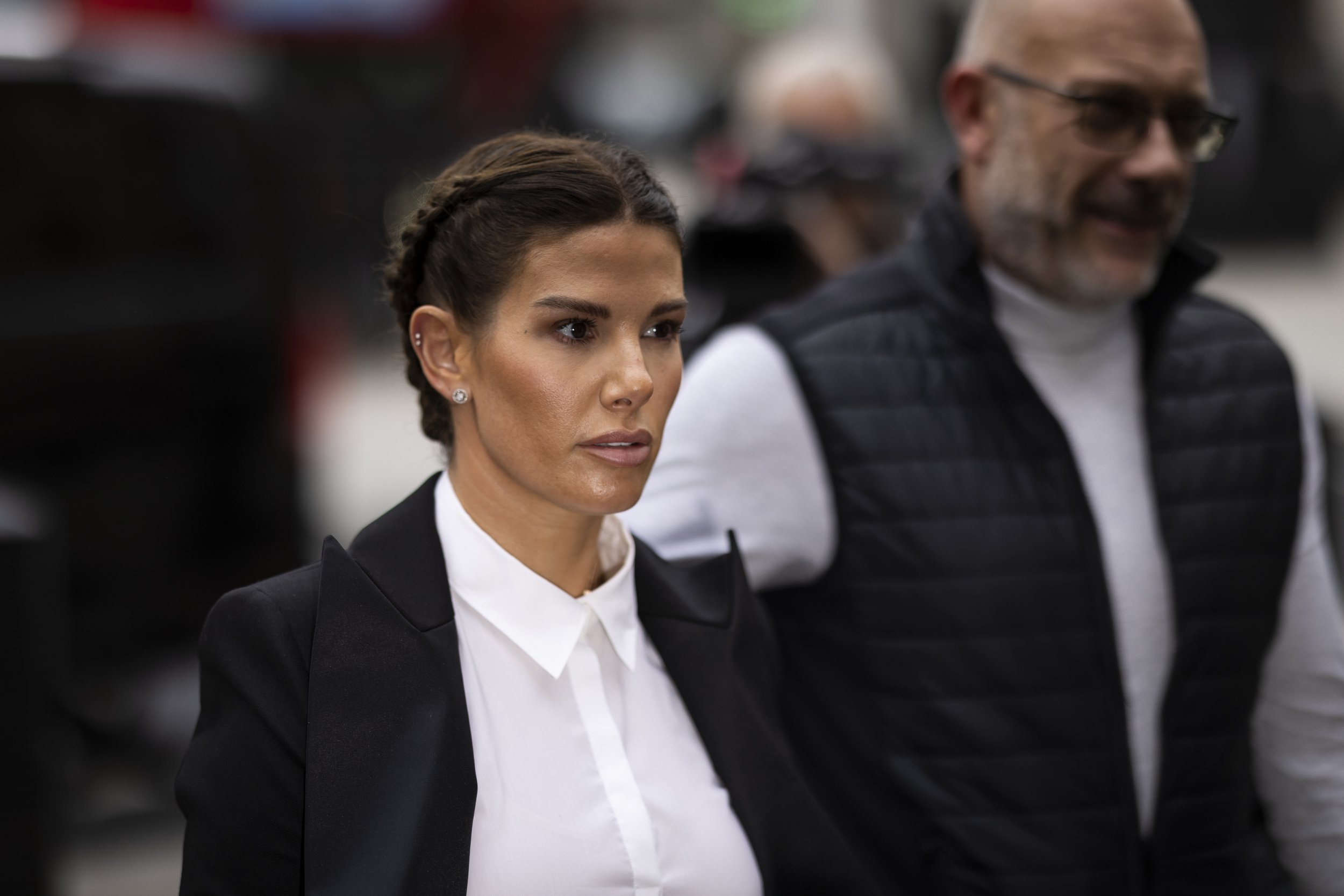 Rebekah Vardy has recalled some of the horrible messages she received from trolls after Coleen Rooney’s infamous social media message accused her of leaking stories to the press.

Last week Vardy lost her High Court legal battle against her fellow WAG, after she sued her for libel after Rooney’s public post, following a ‘sting operation’ in which Rooney, 36, posted fake stories on her private Instagram in an attempt to whittle down who was selling stories on her. Vardy, 40, has always denied the claims.

In her first interview and tell-all following Mrs Justice Steyn’s verdict, Vardy opened up on her belief she has post-traumatic stress disorder while revealing she was hospitalised amid the legal battle, while also breaking down in tears thanking her husband, Jamie Vardy, for his support.

Vardy also recalled the threatening messages she’s received, claiming she’s been on the receiving end of 100 a day which has forced her to increase security.

Sharing her recent experience, Vardy said when out in public people call her names ‘behind her back’ and some have even suggested she was a member of the Islamic State, or linked to the disappearance of Madeleine McCann.

Vardy told The Sun: ‘The whole thing has been awful. At its worst, I was worried to be on my own, to leave the house. I was scared to be out in public places. Even the smallest things, like going shopping, were horrendous.

‘People look at me when I’m out, and I’ve had the odd person saying stuff.

‘Everyone always says: “These people wouldn’t say things to your face,” but actually you do get the odd few that go that extra mile.

‘People walk past and call me names behind my back. I thought that eventually it would die down, it would go away, but it didn’t. It just got worse and worse.’

Vardy added: ‘The abuse I was getting was insane. At the beginning it would be 100 messages a day. I even got letters sent to my home, and some crazy s*** sent over including letters from psychics.

‘I was linked to the disappearance of Madeleine McCann, people suggesting I was a member of IS, stuff like that.

Despite the high-profile legal battle, Vardy says she bears Rooney no ill-will and ‘would ask her to go for a Caffe Nero’ if she saw her in the street.

Rooney first claimed that Vardy had leaked stories about her to the press after conducting a ‘sting operation’ for several months, before making her accusation in a lengthy statement published on social media.

When Justice Steyn delivered her ruling, she said that it was ‘likely’ that Vardy’s agent at the time, Caroline Watt, ‘undertook the direct act’ of passing the information to The Sun.

The judge continued: ‘Nonetheless, the evidence … clearly shows, in my view, that Mrs Vardy knew of and condoned this behaviour, actively engaging in it by directing Ms Watt to the private Instagram account, sending her screenshots of Mrs Rooney’s posts, drawing attention to items of potential interest to the press, and answering additional queries raised by the press via Ms Watt.’

She added: ‘In my judgment, the conclusions that I have reached as to the extent to which the claimant engaged in disclosing to The Sun information to which she only had access as a permitted follower of an Instagram account which she knew, and Mrs Rooney repeatedly asserted, was private, suffice to show the single meaning is substantially true.’

Reacting to the verdict, Rooney said: ‘Naturally, I am pleased that the judge has found in my favour with her judgment today.

‘It was not a case I ever sought or wanted. I never believed it should have gone to court at such expense in times of hardship for so many people when the money could have been far better spent helping others.’

Vardy said: ‘I am extremely sad and disappointed at the decision that the judge has reached.

‘It is not the result that I had expected, nor believe was just. I brought this action to vindicate my reputation and am devastated by the judge’s finding.’

Continuing, she stated: ‘The judge accepted that publication of Coleen’s post was not in the “public interest” and she also rejected her claim that I was the “Secret Wag”. But as for the rest of her judgement, she got it wrong and this is something I cannot accept.’

She also pleaded with people to stop sending abusive messages in her direction, stating: ‘As I explained in my evidence I, my family, and even my unborn baby, were subjected to disgusting messages and vile abuse following Coleen’s Post and these have continued even during the course of the trial.

‘Please can the people who have been abusing me and my family now stop. The case is over.’