T.J. Holmes has been making headlines over the past few days after his alleged romance with GMA3 co-star Amy Robach was made public.

The TV star is thought to have ended his marriage with his wife, Marilee Fiebig, in August, at the same time that Amy and her husband Andrew Shue reportedly split.

However, back in April, T.J. appeared to give a hint regarding his relationship with a cryptic message posted on his now-deactivated Instagram account.

The TV star, as reported by HELLO! back in the spring, posted a quote from his dressing room, which read: “End the relationship and cry once. It’s better than being with them and crying daily.”

Alongside the photo, he wrote: “Quote of the week,” alongside a crying face emoji. At the time, fans commented on the post, with one writing: “Amen,” while another wrote: “That quote hit for real!” A third added: “I needed to hear that today.”

Since the affair rumours broke last week, Amy has moved out of her home in New York, and was quizzed by Daily Mail while doing so. 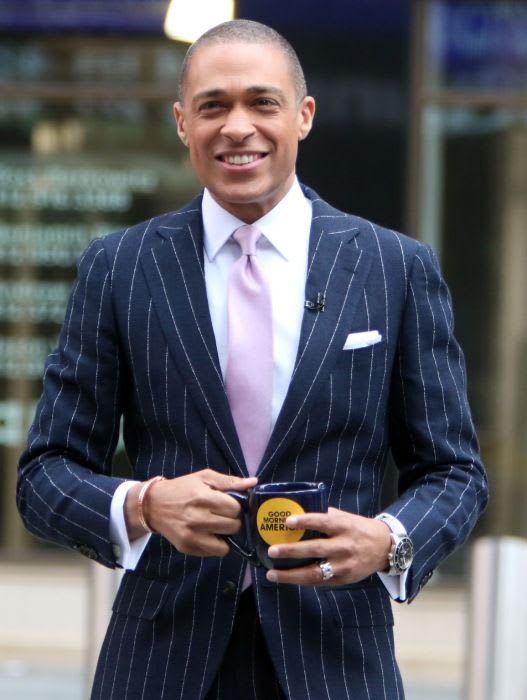 GMA3’s T.J. Holmes appeared to hint at an unhappy relationship back in April

Chatting to a reporter, the mother-of-two said: “It’s been great. I’ve gotten a lot of support. And, you know, I appreciate everything, and I’m happy to be going to work”.

Neither Amy nor T.J. have addressed the relationship outright, but they did tease news of their alleged affair while presenting on GMA3 on Friday together.

“You know, it’s too bad it’s Friday. It’s been a great week,” said 45-year-old T.J live on air. “I just want this one to keep going and going and going. Just enjoy it! Take it all in.” 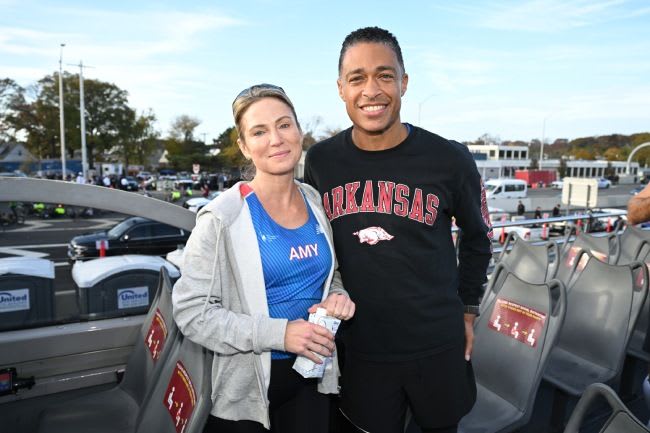 Amy and T.J. are reportedly seeing each other

Amy then began laughing and added: “Speak for yourself. I am very excited about the weekend — and I’m sure everyone else is too. We all love our Fridays around here. Some of us do, at least.”

The pair have always had a close friendship, and previously opened up about their close bond in a now resurfaced interview from back in April 2021, where they opened up about working together during the pandemic.

Chatting to Resident Magazine NY along with their co-star Dr. Jennifer Ashton, they discussed their show, GMA3, and how it came about during the pandemic.

They also opened up about each other, and T.J. had some lovely words to say about Amy, as he branded her “strong” and “energetic”. He was making reference to Amy’s breast cancer battle and branded her a “little miracle”. 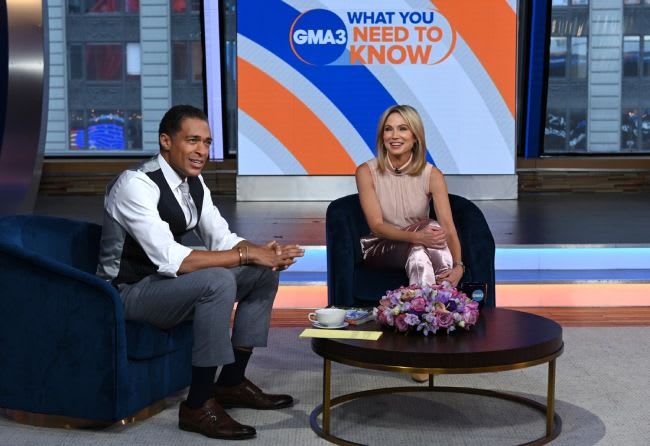 Amy and T.J. have been good friends for many years

T.J. said: “Amy is so strong and energetic. Things could have really gone the other way. We are sitting next to a little miracle every day. She lives her life in such a way that makes her an example for me and all of us to live by.”

He added: “If you need a hug, however, don’t call Robach! But if you need a kick in the ass or to be picked up, she’ll give you a speech and get you back up again. She’ll say, ‘Why are you in a corner T.J., get up! It’s just her personality, I get to witness it every day.”