When I get it wrong, I get it really wrong. I saw the headlines about Tom Hardy ‘secretly’ entering a Brazilian Jiu-Jitsu tournament and winning it and – shame on me – without reading any of the stories, jumped to all kinds of conclusions. I just assumed, given his bearded appearance and the bylines suggesting that this was done covertly, that he was researching a role. I even got a little upset at Tom taking a spot from a real competitor. Then I had a giggle over what the people he competed against must’ve thought when they found out who that hairy guy who beat them really was. <---None of that is right. Tom entered legitimately, fought well, earning a blue belt in the sport and was commended by his opponent who declared it a fair fight. And, he did *waves hands* all this to raise awareness for an amazing charity that supports the mental health and well-being of veterans of service, military and first responders.

Superstar actor Tom Hardy is a man of many talents, and it turns out combat sports is one of them. On Sept. 17, Hardy competed in the UMAC Milton Keynes Brazilian Jiu-Jitsu Open in England, per a report from Deadline.

Hardy went on to win his division as a high-level Blue Belt in Brazilian Jiu-Jitsu, which is the second-highest rank out of five. One of Hardy’s opponents, Andy Leatherland, spoke to The Daily Mail about his match with Hardy.

“Lining up, he was very focused,” Leatherland said. “The intensity that he brought to his movie roles, he brought that. He didn’t say a word, he didn’t say anything. When it came to the match, you couldn’t help notice that it’s him, but then it just became a competition. I made a mistake and he capitalized on that. He absolutely nailed it, and he subbed me, and it was over relatively quickly.”

After the tournament, a spokesperson from the Ultimate Martial Arts Championships released a statement on Hardy’s participation.

“Everyone recognized him but he was very humble and was happy to take time out for people to take photographs with him… It was a real pleasure to have him compete at our event,” the spokesperson said in a statement, via Deadline.

In Tom’s IG, he wrote about REORG, the charity he’s supporting, and how they, “encourages and [enable] veterans, active military, and first responders to use Brazilian Jiu Jitsu and Physical Fitness Training as a form of therapy to overcome physical and mental challenges, strengthen social connection, and improve overall health and well-being.” This is amazing. I’d never heard of the organization but martial arts is a fantastic form of therapy. Especially for addiction, as Tom framed in his opening lines of his caption (reposted below). There are definitive rules and respect is woven into the philosophy, plus control is necessary for a powerful performance. Of course, looking at Tom’s IG page now, I see he posted about it quite a bit, so I simply wasn’t paying attention before. I did know Tom struggled with addiction and sobriety. So I’m thrilled he’s found such a constructive way to work on that. And that he’s broadening that to help so many others who could benefit.

And on top of all the truly Good Egg work he’s doing, just a hearty congratulations. Competing at any level is an accomplishment and winning first place in his division (MALE GI / BLUE / MASTER 3 (41+)) is certainly something to applaud. Well, done Mr. Hardy. 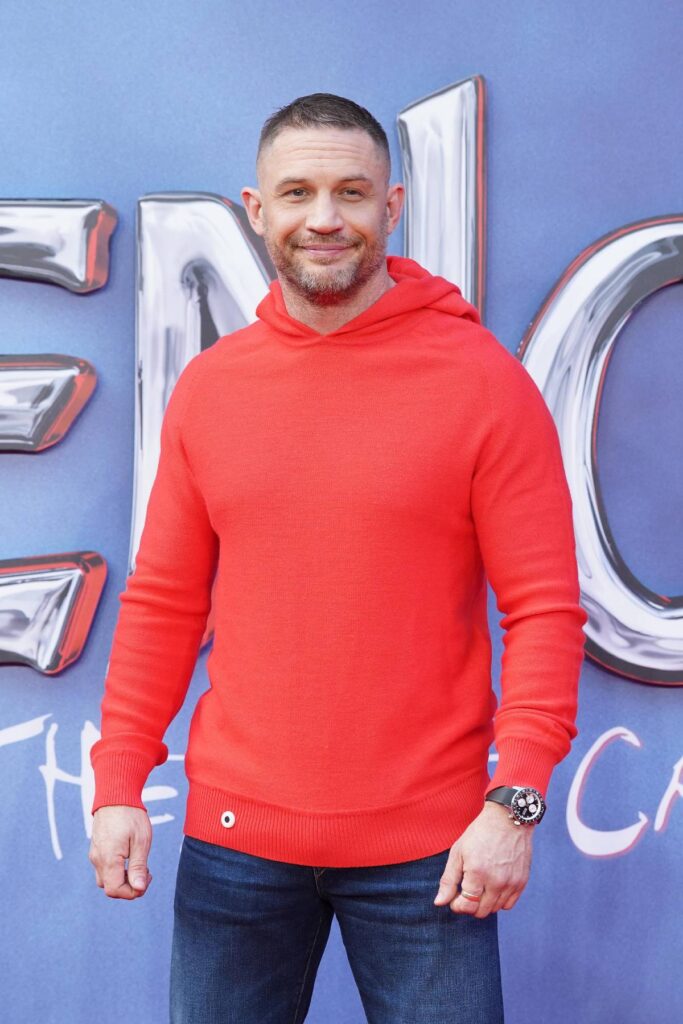 'The Young and the Restless' Star Jerry Douglas Dead at 89

Anna Duggar: Basically Living with Josh Until His Trial!