Crown Princess Mary, 50, stepped out for the occasion of Queen Margrethe II of Denmark’s 50th Anniversary of the Government on Saturday. The event was a gala performance at the Royal Theatre.

Princess Mary, whose looks have often been compared to that of Kate Middleton’s, wore a dazzling baby pink floor-length gown.

This gown was a repeat wear for the Princess, who last wore it in 2018 at her husband Crown Prince Frederik’s 50th birthday.

The baby pink dress was very sparkly, short-sleeved and featured layers of material from the waist down.

Mary paired the dress with her Diamond Necklace Tiara. 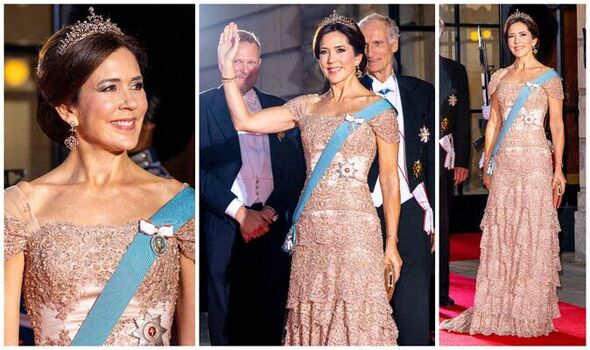 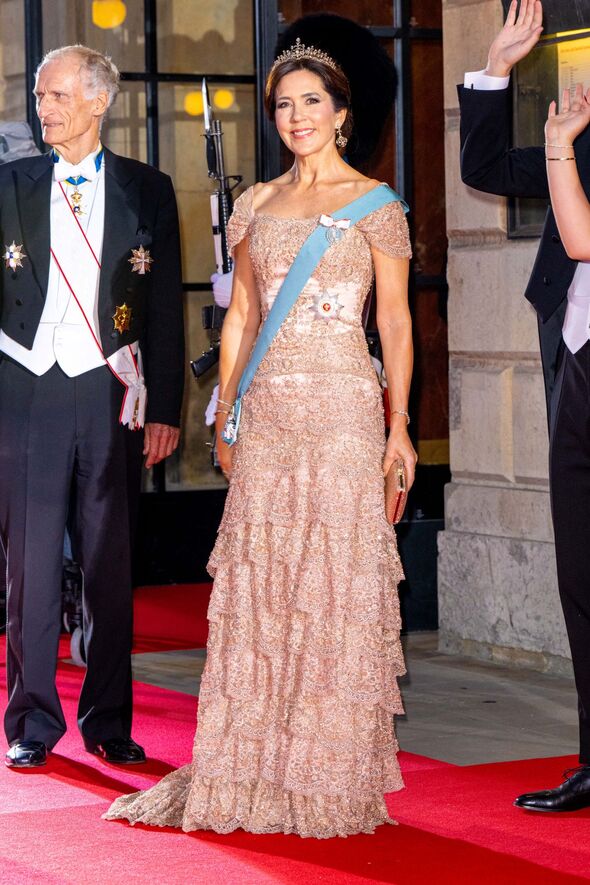 The Australian who is set to be the future Danish Queen has a variety of heirloom jewels at her disposal.

The Tiara was created sometime between 1900 and 1910, and was sold as a necklace made of diamonds, rubies, and spinels, set in gold and silver, along with a pair of coordinating earrings.

The jewels were sold at Bruun Rasmussen in Copenhagen in May 2012, when both pieces were reportedly acquired by Crown Princess Mary herself, for €8,050, or roughly £7,044.

The lot notes stated that the necklace had previously been used as a Tiara, but a new frame needed to be made alongside some repairs, which included adding a few missing gemstones.

Crown Princess Mary debuted her antique Diamond Necklace at a Concert for Queen Margrethe’s 75th Birthday in Aarhus in 2015, at the same time as she also debuted the diamond earrings.

Surprising many royal watchers at the time, it was suspected that the necklace could be worn as a tiara. 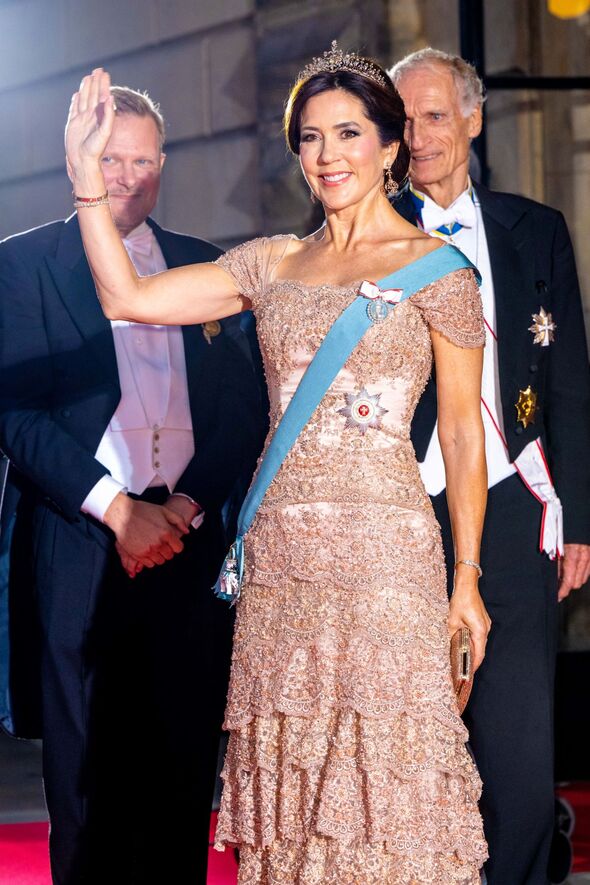 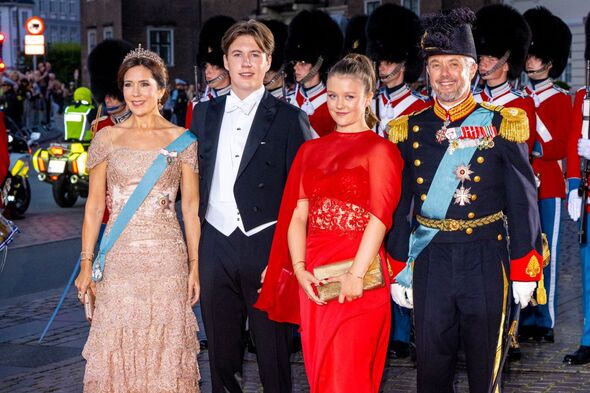 The debut of the piece as a tiara came just under a year later, when Queen Margrethe hosted a Gala Dinner at Christiansborg Palace.

By 2017, the Diamond Necklace Tiara had replaced Crown Princess Mary’s Wedding Tiara as a firm favourite.

It was worn for a banquet during the Icelandic State Visit to Denmark, as well as for King Harald and Queen Sonja’s 80th Birthday Banquet at the Royal Palace of Oslo.

Mary accessorised with a new clutch bag on Saturday evening.

The 50-year-old carried a crystal clutch bag by Serpui.

I'm a relationship expert and this is the age to get married, buy a house, have a baby to be financially secure at 45