WHEN it comes to coffee, every person has their own way of taking it, whether it’s black or white and with or without sugar.

But a Costa worker has revealed the one order that annoys them the most – and you may not be aware you are doing it. 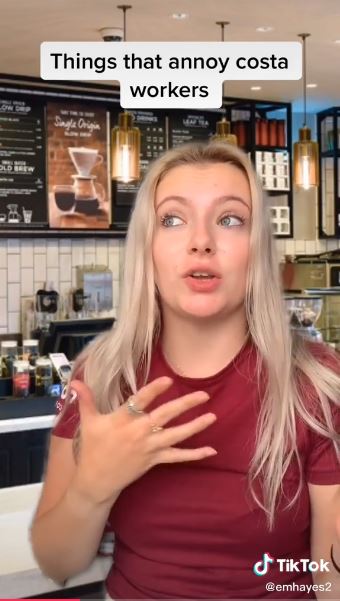 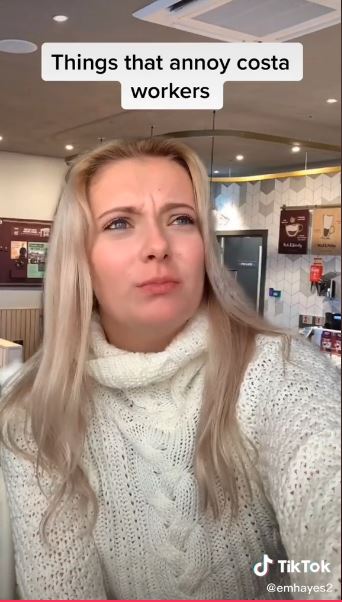 She acted out a scene of her serving a customer and asking what drink they would like.

Pretending to be the person ordering, Em said: “Yes, I’d like a regular Americano.”

She then replied pretending to be herself at work saying: “Is that a small, medium or large?”

The customer hit back saying: “A regular one.”

Em then said she has to explain again how they only do small, medium or large, and asked if they mean “medium” when they ask for a “regular”.

When the customer still insists they want whatever “regular” means, she said she always orders a medium for them, but they then get angry and say they want a small.

Em said the frustrating encounter happens “around 50 times a day”.

Her video has racked up over 10,000 likes, and people were quick to take to the comments.

One said: “I always thought regular and medium were the same thing” to which she replied “I just put regular through as medium and hope for the best hahah.”

Another Costa worker added: “customers will come in and try ordering a frappuccino too, this ain't Starbucks.”

Em replied to this saying she has the same problem with people asking for Starbucks’ “grande” size.

A third person wrote: “Could absolutely not put up with that.”