In on the joke? While Amy Robach and T.J. Holmes have yet to directly address their reported relationship, the GMA3 co-anchors seemingly poked fun at the controversy when they returned for the third hour of Good Morning America on Friday, December 2.

Amy Robach and T.J. Holmes’ Relationship Scandal: Everything to Know

“Hey there, everybody. Good afternoon. Welcome to GMA3: What You Need to Know on this Friday. You know, it’s too bad it’s Friday,” Holmes, 45, began. 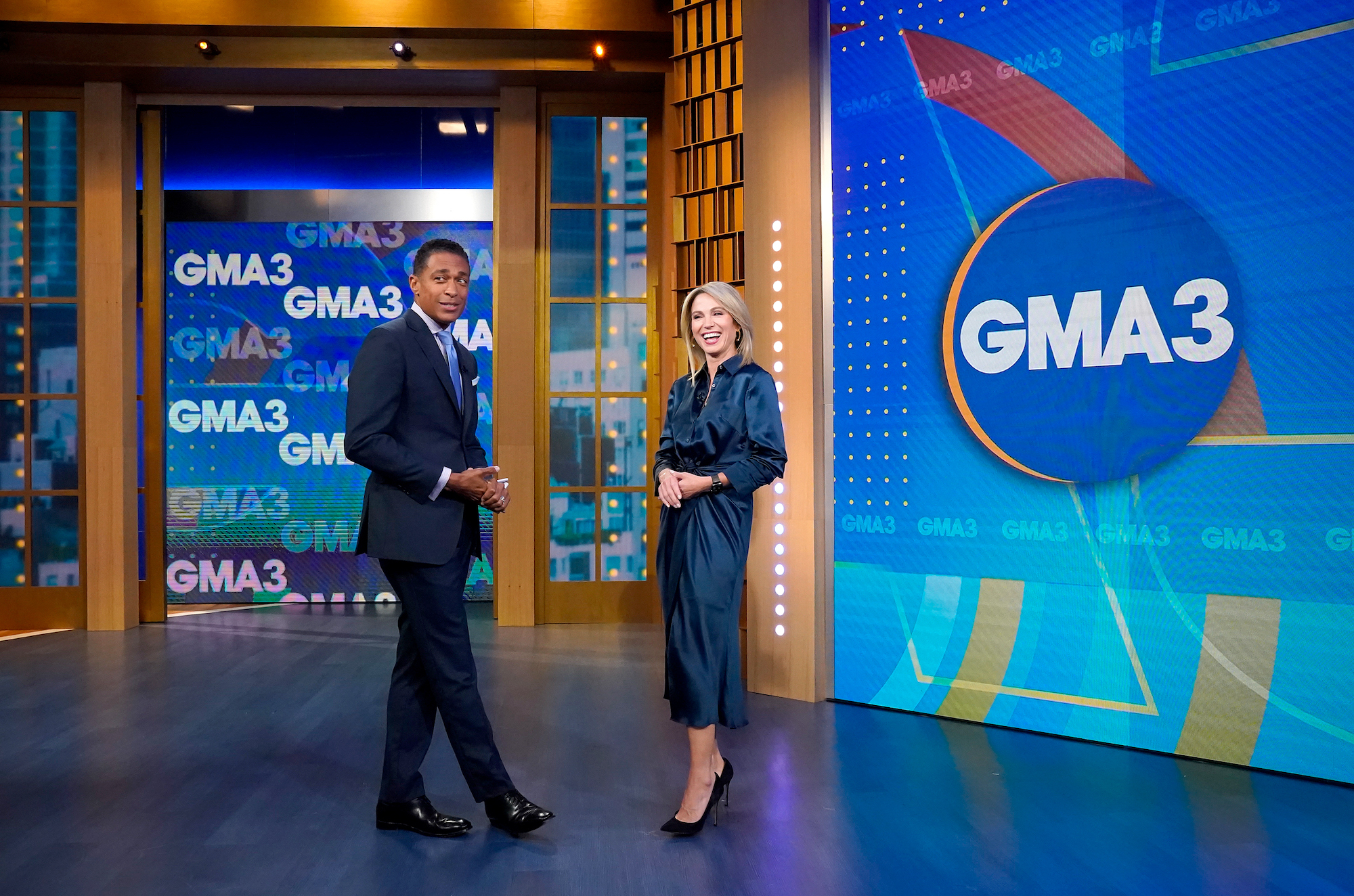 His co-anchor laughed, but added: “Speak for yourself.”

The coworkers have been making waves since Wednesday, November 30, when the Daily Mail published photos of their recent outings outside of the office. The cozy snaps, taken throughout November, featured the pair holding hands and engaging in playful PDA.

Both Robach and Holmes have been married to other people for more than a decade. While she wed Andrew Shue in February 2010, he tied the knot with Marilee Fiebig that March. The Melrose Place alum has yet to react to the reports about Robach and Holmes, but he did wipe his spouse from his Instagram profile. Us Weekly also confirmed that Robach and Shue sold their NYC apartment weeks ago, putting it on the market in September. While the twosome don’t have any kids together, they previously gushed about their blended family. (He shares three sons with ex-wife Jennifer Hageney and she is mom to two daughters with ex-husband Tim McIntosh.)

“We’re very aware that we’re like the cool aunt or uncle. We never want to take the place of their parents,” Shue told Us in 2017 about being a stepdad.

“We’re mentors who guide them and love them,” Robach added at the time. “My daughters have a stepmother with their father, and I look at it like, there are more people who love my kids.”

Holmes, for his part, shares daughter Sabine with Fiebig and daughter Brianna and son Jaiden with ex-wife Amy Ferson.

Robach and Holmes first returned to the air on Thursday, December 1.

“Who’s looking forward to the weekend?” Holmes responded as she raised her hand. “Of course we are. Welcome, everybody, to GMA3: What You Need to Know. Always good to see you.”

Robach and Holmes have been cohosting GMA3 since 2020, typically joined by Dr. Jennifer Ashton in studio. On Friday, she Zoomed in from Florida.

After the aforementioned photos surfaced, an insider told Us that the colleagues’ reported relationship “blossomed from a close friendship.”

“They always had a spark and their work trips away together brought them even closer,” the source added.