Back on? The Real Housewives of Orange County star Shannon Beador’s ex-husband, David Beador, and his wife, Lesley Beador, have seemingly pressed pause on their divorce.

Celebrity Splits of 2022: Stars Who Broke Up This Year

“My husband filed a request for dismissal a few days ago,” Lesley claimed via her Instagram Story on Wednesday, September 21.

She shared a cozy photo of her and David, 57, on social media, adding, “Now back to your regular programming.” 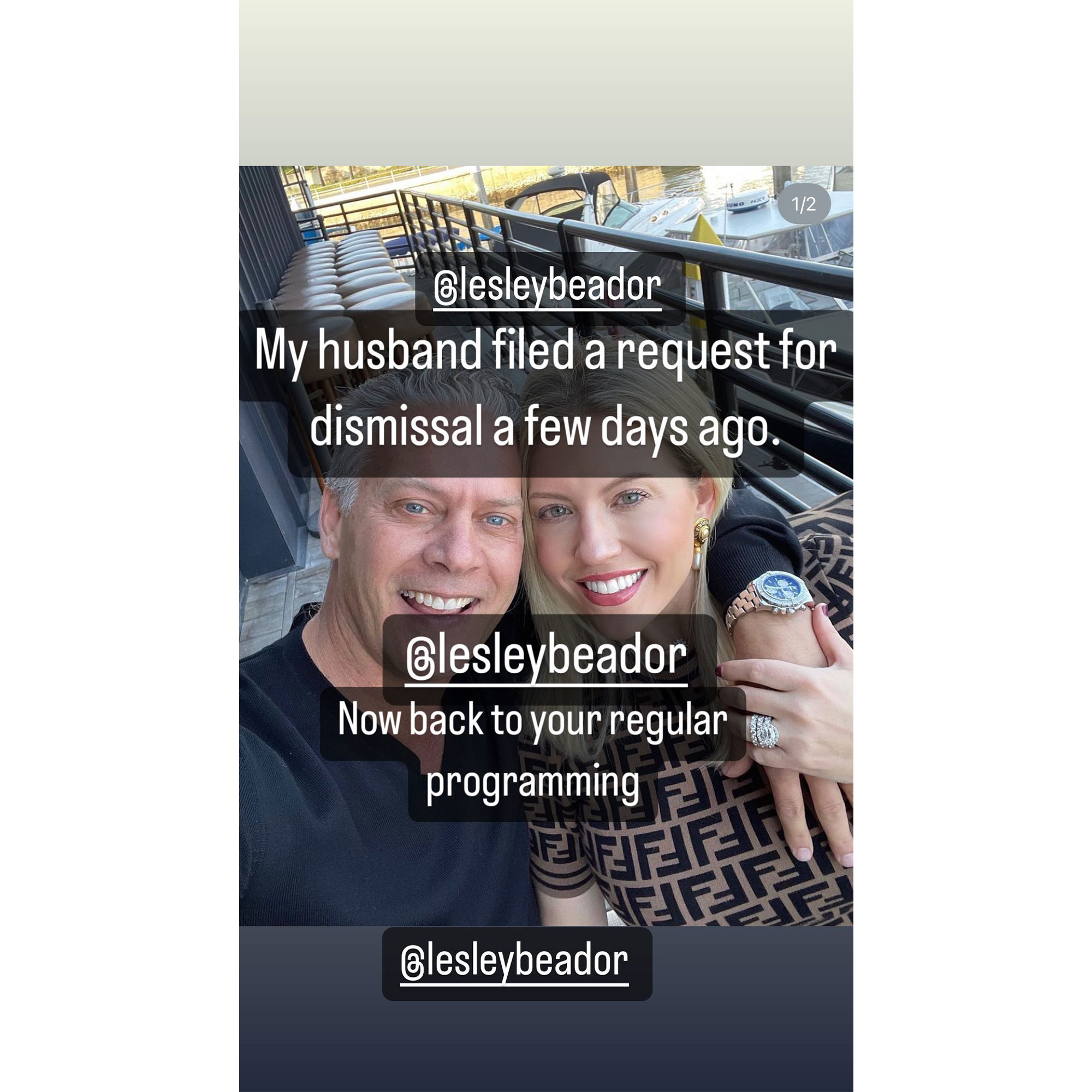 Lesley’s relationship update came less than one week after Us Weekly confirmed that David filed for divorce on Thursday, September 15. At the time, the businessman cited “irreconcilable differences” as the reason for the split and listed the date of separation as September 15.

He requested that the Orange County, California, court terminate the ability to award spousal support to Lesley. David also pointed out that the couple, who tied in the knot in October 2020, have a prenup, which should help separate their property.

“The full nature and extent of Petitioner’s separate property is to be determined at time of trial or settlement. Given the very short-term marriage, there are nominal community property assets and debts,” the court filing stated. “There is a Prenuptial Agreement effective October 9, 2020 that controls.”

Contrary to Lesley’s claims, no dismissal had been filed with the Orange County court when this article was published.

Ahead of his union with Lesley, David was married to Shannon, 58, for 17 years. The exes, who share daughters Sophie, 21, and twins Stella and Adeline, 18, called it quits in October 2017.

The Bravo personality’s divorce was finalized in April 2019, with Us confirming at the time that Shannon would receive $10,000 per month in child and spousal support.

Celebrity Couples Who Changed Their Minds After Filing for Divorce

Nine months later, David and Lesley announced their engagement. “Looking forward to eternity with my love,” Lesley wrote via Instagram in January 2020 while showing off her diamond ring. “I LOVE YOU LOVE!!!!”

The couple revealed in July of that year that they were expecting their first child together. The twosome proceeded to tie the knot in October 2020 before welcoming daughter Anna Love in February 2021.

Lesley, for her part, is also the mother two children from a previous relationship, a son and a daughter. The blended family was last seen together during the summer as they enjoyed trips to Montana and Paris. David’s three daughters from his and Shannon’s union did not make the group vacations.