BEL MOONEY: In her shoes, wouldn’t any parent fight like Archie Battersbee’s mother?

The situation is unimaginable. You do not have to be a parent to feel utter anguish at the thought of what Archie Battersbee’s parents must be going through – now forced to contemplate a future without the hope that has kept them going. Without their boy.

Because when your child is desperately ill, or even at the point of death, a parent will cling to hope. You believe that a miracle might happen. You scrutinise your child’s poor face and tell yourself the situation is changing – look, a movement…

Archie’s parents, Hollie Dance and Paul Battersbee were sure they glimpsed positive changes in their beloved son, who has been in a coma since April.

The people who know the child best of all – the ones who brought him into this world, fed him, heard his first words, taught him to walk, played with him, watched him grow, chose his Christmas presents, probably told him to work harder at school, loved him to bits – those ordinary people have had all their extraordinary devotion and hope crushed by doctors and judges. By the system, if you like. If that sounds brutal, it is because it is. 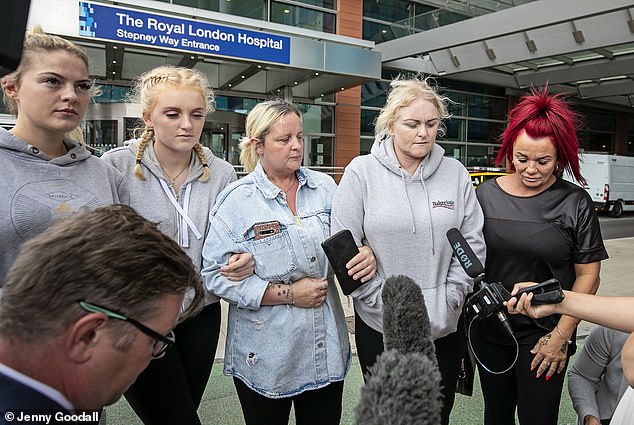 Archie has been kept alive by NHS medics for four months – and I have no doubt they did all they could and agonised over the lack of progress as the child remained lost to the world within his coma. How terrible that Archie’s future then had to be decided by a series of judges – who (again I have no doubt) are as decent and compassionate as they are knowledgeable.

Yet those doctors and judges, all representing ‘the system’, have combined to put Archie’s parents through the most terrible torture. Paul and Hollie must have felt the whole world was against them as they said what most of us would say in that tragic situation: You have no right to ‘switch off’ our child. 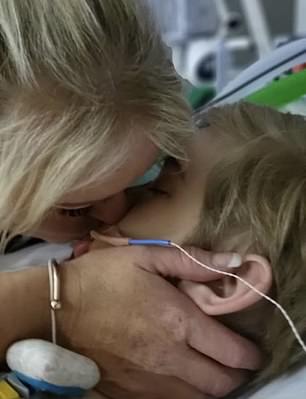 Hollie kisses Archie, who has not regained consciousness since a freak accident at his home in Southend on April 7

All cases of medical ethics like this one are immensely complex. Even expert opinions can differ and the rest of us can only read the details and tremble, wondering how we could possibly cope if it was our child there on that hospital bed. Would you give in to expert opinion? Or would you take the fight to the highest court, shouting from the rooftops that you know your child better than any hospital trust?

One thing is sure: This individual case –while quite small when compared with all the sorrow and suffering in the world – is yet another testimony to the enormous, self-sacrificing power of parental love. It also makes me reflect that most of us will always try to protect those we love, and that perhaps we can do so because – deep down – we never really give up hope.

When my daughter was born in 1980 with a rare congenital bowel disease, I had no idea just how many years of hospitalisation and crippling anxiety lay ahead. I was moved and encouraged by so many brave, loving parents whose children were desperately ill, deeply damaged, and sometimes at the point of death. Again and again – in Great Ormond Street, Bristol Royal Hospital for Children and Lewisham Hospital – I met selfless mothers and fathers who faced up to the very worst thing a parent can contemplate with extraordinary strength and courage.

Like them, I know what it is like to endure a dark night of the soul –when you have been told that the long operation your child must endure on the morrow may kill her. You keep vigil in the intensive care unit, you weep to see her pierced by tubes like a pin cushion, you pray.

At those times you feel all existence concentrated into the small flicker of life on that bed – knowing you would give your own life for your child. That you would take up arms against anything which threatened the small head that you love. 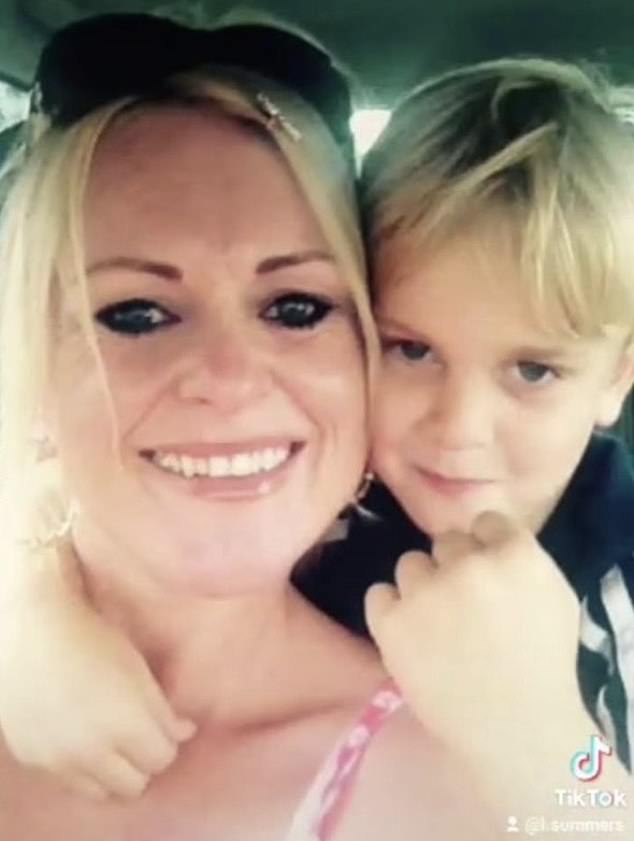 Hollie and Archie pose in a wholesome TikTok. Specialists treating the 12-year-old believe it’s ‘highly likely’ that Archie is brain dead – but campaigners have fought to keep life support on

I weep to know that Archie’s parents Paul and Hollie gave their all – but it was not enough against the power of the system. And the trouble is, I am left with a deep feeling of disquiet that, after all, that system (rational or not, depending on your point of view) represents you and I.

Could they not have left it for longer? If Archie’s organs had failed (as would most likely have been the case) then no one would have been ultimately responsible for this decision which has caused the family such anguish. Didn’t those parents have the right to continue hoping for God’s mercy and a miracle? No wonder Hollie has spoken out with all the rage of a loving mother, describing the final verdict that Archie’s life support must be withdrawn as an ‘orchestrated execution.’ Bitter words indeed, but are they true?

All that is left is to wish Archie’s grieving parents strength and support in the weeks and months ahead, and to hope that his young soul can rest in peace.

True Detective season 3 review: The HBO drama you remember, for better and worse