A busy mum has been left baffled  after finding three bean-like objects on her bathroom floor.

The woman said she was cleaning when she found the ‘weird’, tiny objects and couldn’t work out what they were so took to a Facebook cleaning group for answers.

People were quick to come to their own conclusions, suggesting everything from maggots to raisins and moth eggs. 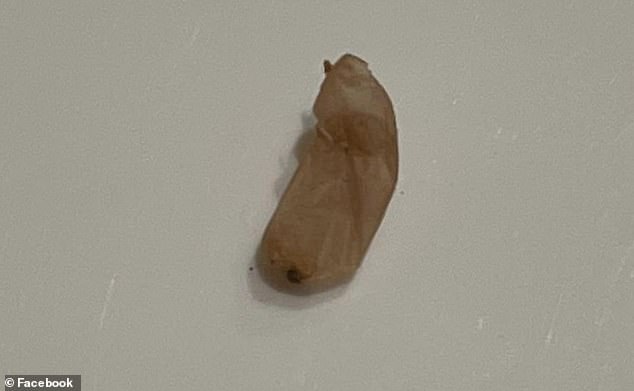 ‘Looks like what appears in a nappy when they’ve eaten too many sultanas,’ one mum said.

While another said they ‘look like someone’s skin tags had fallen off’.

Others said they could be toe nail clippings, slugs or skinned sausages.

‘They are much, much smaller than that,’ the mum wrote in the comments.

The woman added that there are no kids at her place at present.

‘Google image search didn’t help. I am thinking the wind blew them in,’ she said.

Other people told her they were larvae of some kind, and posted similar pictures from a Google search. 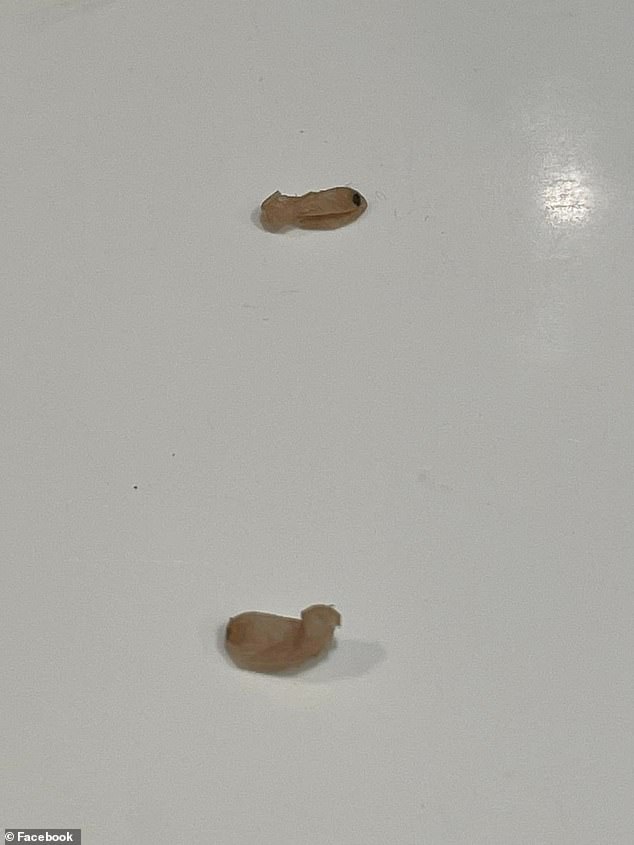 ‘I’ve since discovered (and killed) three large black ants wandering around the window area of my en-suite at different times,’ she wrote

The mum was thrilled to see the comment and did some research, updating the post to confirm the bug theory.

‘I’ve since discovered (and killed) three large black ants wandering around the window area of my en-suite at different times,’ she wrote.

‘So I conclude, with members’ help) that they were ant pupae.’

Most ant species spin a silk cocoon around themselves, this is called the pupa. Inside the pupa a young ant will eclose.

The first batch of ants will be smaller and weaker than an established colonies ants as they have not been fed much.

'As my husband's life slipped away, I felt a presence in the room'