A big chop! Maisie Williams has unveiled a new look.

The Game of Thrones alum, 25, debuted a buzz cut via Instagram on Saturday, July 30, and fans are obsessed. The actress shared a selfie of her freshly shaved head, revealing in the caption that she uses face wash as shampoo. “Washing head w facewash>,” Williams wrote, adding “#3in1girlie.” 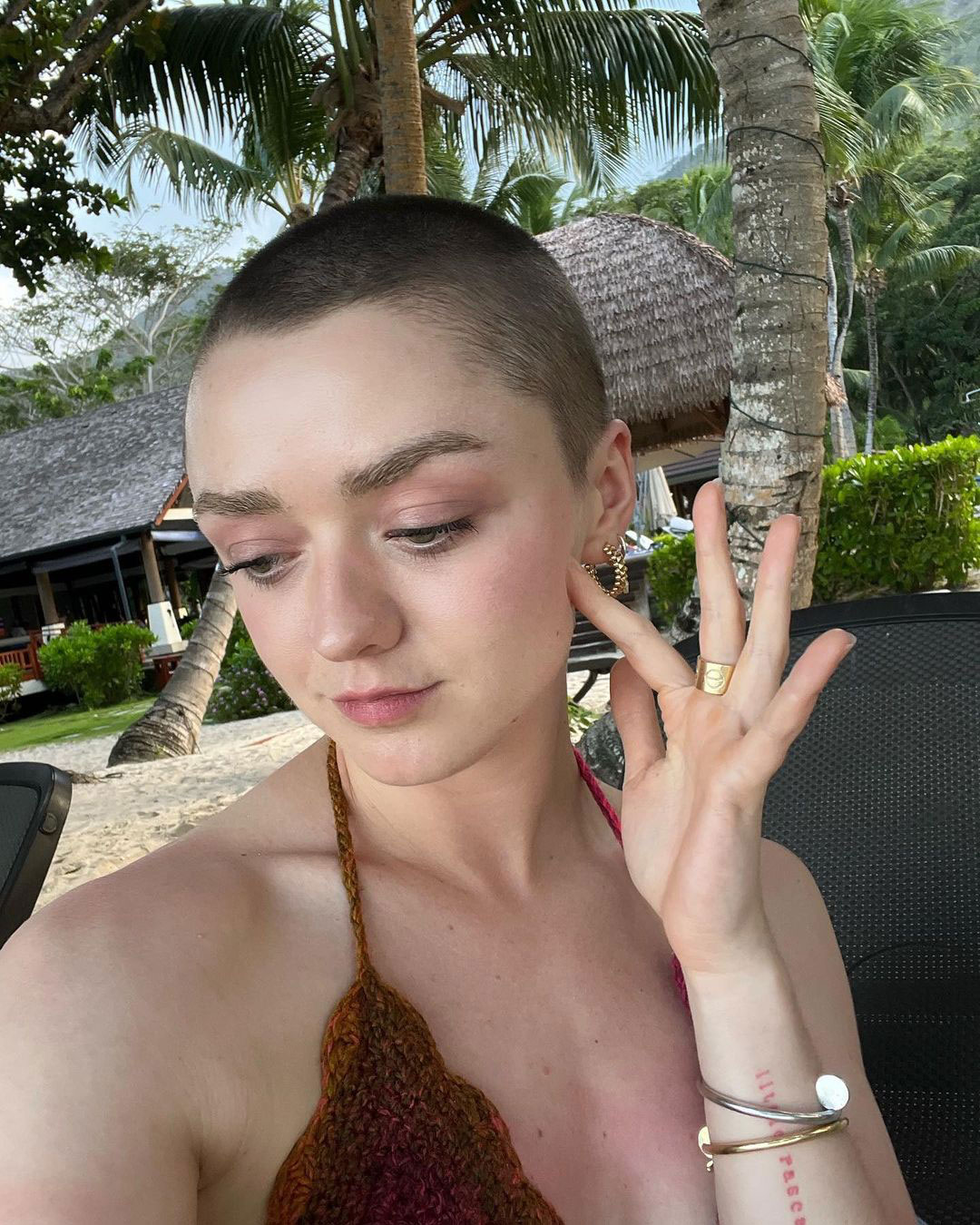 Praising her new ‘do, one fan wrote: “Wow, the buzz cut looks amazing on you.” A different social media user commented: “Queeeeen! I wasn’t ready.” A third fan wrote: “SHE IS THE MOMENT.”

Fans of Williams know she frequently switches up her look. The Pistol star has dyed her hair blonde, platinum, purple, blue and gray. Additionally, she’s played around with lengths, going from pixie cuts to trendy lobs. Williams also famously rocked bleach eyebrows at the 2021 Brit Awards.

Her most standout hair change, however, is perhaps her decision to color her tresses pink after the Game of Thrones series finale.

“I dyed it because I didn’t want to work,” Williams told Rolling Stone in 2019. “It’s a pretty good way of stopping that. And it just feels so good, so me. I’ve battled my whole adolescence with trying to put a stamp on my appearance, but also be a blank canvas as an actor.”

Winter Is Coming Again: Everything We Know About the ‘Game of Thrones’ Prequel ‘House of the Dragon’

Williams further spoke about her appearance, specifically her body image, in an interview with Vogue published that same year. The New Mutants actress revealed that playing Arya Stark in the HBO drama hurt her confidence.

“Around season 2 or 3, my body started to mature, and I started to become a woman,” she told the publication. “But Arya was still very much, like, trying to be disguised as a boy.”

The actress revealed that the wardrobe and makeup department had to make her look less feminine for her portrayal of Arya as Williams’ body developed. The experience, she recalled to Vogue, was detrimental to her self-confidence.

About Last Night: See the Best Dressed Stars on the Red Carpet and Beyond

“I had really short hair and they’d constantly cover me in dirt and shade my nose, so it looked really broad, and I looked really manly” she said. “They’d also put this strap across my chest to flatten any growth that had started. I don’t know, that just felt horrible for six months of the year, and I felt kind of ashamed for a while.”

With the show being over, Williams said at the time that she planned on experimenting with styles that are more suited to her personal taste.

“So, you know we’ve this new phase of my style. Like it’s nice to look more feminine and like have a real waistline and just you know embrace the body that I have,” she said.