Our best actors are at least as impressive as our elite athletes, and this year has witnessed several Olympic feats of solo performance. Nikki Shiels has achieved two of them in quick succession – first while alternating with Eryn-Jean Norvill in Kip Williams’ acclaimed production of The Picture of Dorian Gray, and now a tour de force in Dennis Kelly’s full-length monodrama Girls & Boys. 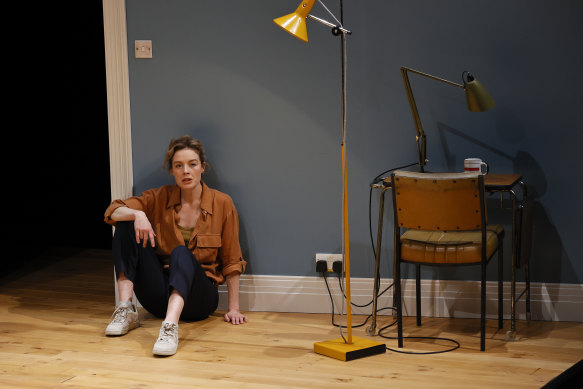 Shiels plays an unnamed documentary producer from a working-class background, and she grips us right away, animating the wry confessional humour of the play’s opening phase with sparkling vitality and a vulgarian streak.

We’re regaled by tales of wayward youth that span travel, drugs, booze and unvarnished sexcapades from the woman’s “slag phase”, building to a priceless anecdote about how she met her future husband – a vivid confrontation with two models trying to cut a queue at a Naples airport.

An abrupt shift from narrative reflection to action sees the woman immersed in the harried delights of motherhood.

With two young children, Leanne and Danny, to look after, she struggles to direct their energies and supervise their fantasy games, which in Leanne’s case tend towards messy acts of construction, and in Danny’s, destructive play that often leads to fights with his sister. 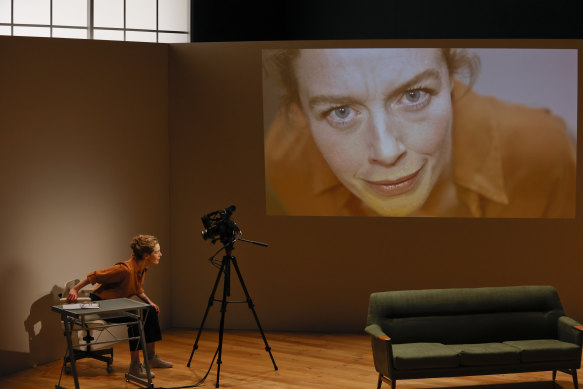 Such scenes resurface throughout. They’re an immense histrionic challenge to portray alone on stage, and the production nails them with heart-warming hilarity. Perhaps only an actor as skilled as Shiels, under a director-choreographer of Kate Champion’s experience, could have pulled off both the physical theatre and the verbal comedy with such conviction.

Yet the child’s play foreshadows a harrowing revelation as the mood darkens and violence intrudes. And it is here that you start to realise you’re watching a five-star performance of a three-star play.

Nothing can detract from the emotive force of Shiels’ star turn – it remains brilliant until the moving final moment – but some of the richness and nuance in the monologue does fall away in the face of brutal catastrophe.

There’s a glibness to the examination of this specific form of violence (and the role gender plays in it), which leans unhelpfully on evolutionary psychology, if not outright biological essentialism, and can sound a bit like a regurgitation of a Wikipedia page on the subject.

Drama can and should do more, and if the tragic arc in Kelly’s play were as insightful and complex as its comedic first half, it would be as transcendent as, for instance, Helen Garner’s true-crime books or her essay on Rosemary Batty.

Girls & Boys remains entertaining, emotionally punishing, and features a superb performance from Shiels, but it might make you want to rush off and read something that distils wisdom from trauma of a similar scale.

JFK’s intimate letters to Swedish mistress up for auction

Sevyn Streeter On Her Style: 'I Like To Record And Write According To How I Feel & What I Wear That Day'