The director of the failed 1999 republic campaign says more detail around the model of the Indigenous Voice to parliament is needed before a national vote, warning the discord that sank that referendum was already emerging.

Barrister Greg Barns, who steered the Yes campaign for the republic, said putting “flesh on the bones” of the Voice model would help counter a fear-driven narrative about the opaqueness of its role and function. 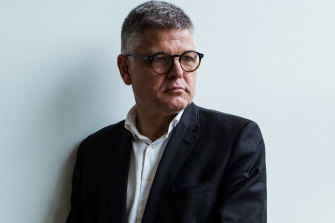 Barrister Greg Barns, the campaign director for the Yes vote in the 1999 republic referendum, says there are parallels emerging between the last referendum and the Voice campaign.Credit:James Brickwood

But how much detail to put into the public domain was a fraught judgment call, he said, and one that risked division over the preferred model, as is what happened in the republic campaign.

“I think you need to put flesh on the bones because Australians are very loath to give politicians a perceived blank cheque. I’m not saying you should put the model on the table tomorrow, but at some point you have to,” Barns said.

“I don’t envy them because it’s a difficult position. If you don’t provide detail, you get accused of a sleight of hand and being dangerous. If you provide a lot of detail, it gets picked apart.

“If you don’t provide information and cover off every base, your opponents just fill it with scare. You can already see that starting to foment in this debate.”

In 1999, Barns teamed up with Malcolm Turnbull, then the leader of the Australian Republican Movement and the driving force of the Yes campaign. At that referendum, Australians were asked whether they supported changing the Constitution to make Australia a republic with the Queen and governor-general replaced by a president appointed by a two-thirds majority of the members of the parliament.

On the Voice, they are in opposing camps – Barns supports a constitutionally enshrined body, while Turnbull rejected the Voice proposal as prime minister in 2017, saying it “would inevitably become seen as a third chamber of parliament”.

In parallels with the past, former prime minister Tony Abbott, who ran the successful No campaign against a republic, is emerging as a key conservative voice in the No camp for the Voice, suggesting it will have “something approaching a veto” over decisions of the parliament.

“I’m all in favour of recognising Indigenous people in our Constitution, but not if it means making a race-based body part of our parliament and not if it means changing our system of government,” Abbott wrote in The Australian this week.

A key difference with this referendum push, Barns said, is the prime minister is backing the Yes case, which has the unanimous support of government MPs. John Howard’s government delivered the 1999 referendum, but he publicly opposed becoming a republic.

The intention of the Voice to parliament is to provide advice on laws and policies that affect Aboriginal and Torres Strait Islanders.

Prime Minister Anthony Albanese initially said the structure of the Voice would not be known until after the referendum, citing lessons from the 1999 referendum campaign, which he said came unstuck in the detail. But he signalled a change of course this week, saying the federal parliament would debate what form the Voice would take and when a national vote is held.

Albanese indicated the 24-member model proposed by Professors Marcia Langton and Tom Calma would be central to the debate. Under that model, there would be two members from each state, territory and the Torres Strait and a further five members from remote areas of the NT, WA, Queensland, WA and SA and a Torres Strait Islander living on the mainland.

Reflecting on the lessons of the 1999 campaign, Barns recalled support for the republic case dropped off a cliff soon as the campaign started, as monarchists and constitutional conservatives seized on divisions in the Yes camp. He said they were also dogged by arguments the republic was an issue for “elites”.

“The No campaign was saying this is an elites issue, you’re not doing anything practical. We would get questions saying: how does this help small business, how it is going to help people get a job’,” Barns said.

Liberal leader Peter Dutton has kept the door open to bipartisan support for the referendum, but within the Coalition ranks there is already considerable disquiet about how it will operate. Country Liberal senator Jacinta Nampijinpa Price has said she will campaign against the Voice in the partyroom, believing it to be a “symbolic gesture” that would not deliver practical improvements to the lives of indigenous Australians.

Outside of the parliament, there are strains of opposition to the Voice among Indigenous activists. Long-time Aboriginal activist, Michael Mansell, who has called the Voice “assimilationist”, and Wiradjuri elder Aunty Jenny Munro have both said they will campaign against it.

Julianne Moore at 60: ‘It’s a privilege to continue to age’