Keeping his head in the game. Iman Shumpert is opening up about how Tristan Thompson‘s rocky relationship with Khloé Kardashian affected his NBA season when the athletes were both on the Cleveland Cavaliers.

Tristan Thompson’s Drama Through the Years: A Timeline

“It wasn’t a big disruption for us,” the 31-year-old Dancing With the Stars champion, who played for the Ohio-based team from 2015 to 2018, said on the Sunday, June 19, episode of Watch What Happens Live With Andy Cohen. “Honestly, when the outside world and stuff bubbles up, the best thing for us is that we’ve got games so we can focus on that. We get tunnel vision.”

The Georgia Tech alum added, “We just all felt for Khloé. She’s cool, man. And I don’t know what they got going on … I’m sure they speak, they’re grown. … [But] man, it was sad.” 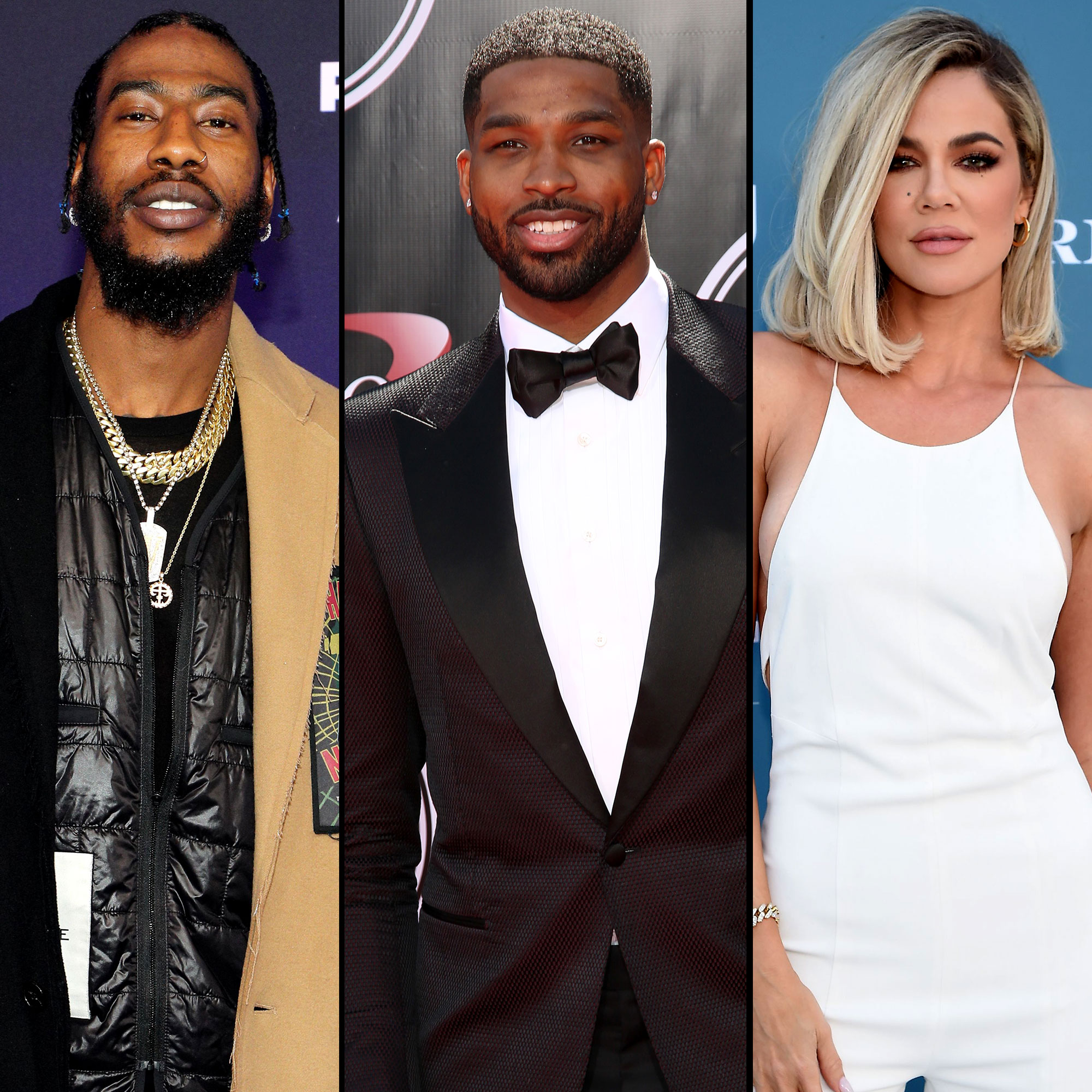 Thompson, 31, was drafted by the Cavaliers in 2011 and remained on the team until 2020 when he left for the Boston Celtics. During their time as teammates, Thompson and Shumpert won the 2016 NBA championship together. However, the Canadian athlete’s personal life began to make headlines two years later when he was caught cheating on Kardashian, now 37, days before she gave birth to their daughter, True.

“This is really shocking and obviously heartbreaking. The whole thing makes me disgusted,” Kourtney Kardashian said in a confessional interview during a 2018 episode of Keeping Up With the Kardashians as Khloé’s family learned of Thompson’s transgressions.

The Good American cofounder attempted to stay calm amid the chaos, telling Kim Kardashian over the phone, “Everyone wants me to make a decision right this second and I just want to go and give birth and try to enjoy this. … As crazy as that sounds I want to enjoy this with him.”

After True arrived in April 2018, the off-on couple hit another roadblock the following February when Thompson kissed family friend Jordyn Woods. The twosome called it quits, but Us Weekly broke the news in August 2020 that Khloé reconciled with the Chicago Bulls star amid the COVID-19 pandemic.

“Khloé is hopeful that Tristan has changed for good and will continue to grow and be the great and loyal partner that he has been throughout their time together during the [coronavirus] quarantine,” a source exclusively told Us at the time, adding that the pair were hoping to give True a sibling.

By June 2021, the duo broke up once more, briefly getting back together before Thompson’s paternity lawsuit with Maralee Nichols raised eyebrows in December 2021. Us exclusively confirmed Nichols, 31, gave birth to a son that month. Thompson revealed his is the father in January, issuing a public apology to Khloé via social media.

The pair’s ups and downs were explored on season 1 of Hulu’s The Kardashians, which debuted in April. During the Thursday, June 16, finale, Khloé broke down in tears over the “humiliating” scandal.

“I am replaying every event, every grand gesture, every trip [and] every date. All of that was a lie,” she told the cameras. “How were you able to not saying something? I feel just not really in my own body. These things are just happening and I am going through the motions. But when things happen to you a couple of times, you become immune to them. Which is really sad.”

The California native later told her Twitter followers that it was “tough” to watch the drama play out on TV. However, Khloé still hopes to coparent cordially with her ex.

“She does her best to shield [True] from all the negative stories about him,” a source told Us. “At the end of the day, he’s still True’s father and she wants True to have a loving relationship with him.”

Possessed again: why has Universal spent $544 million on an Exorcist reboot?