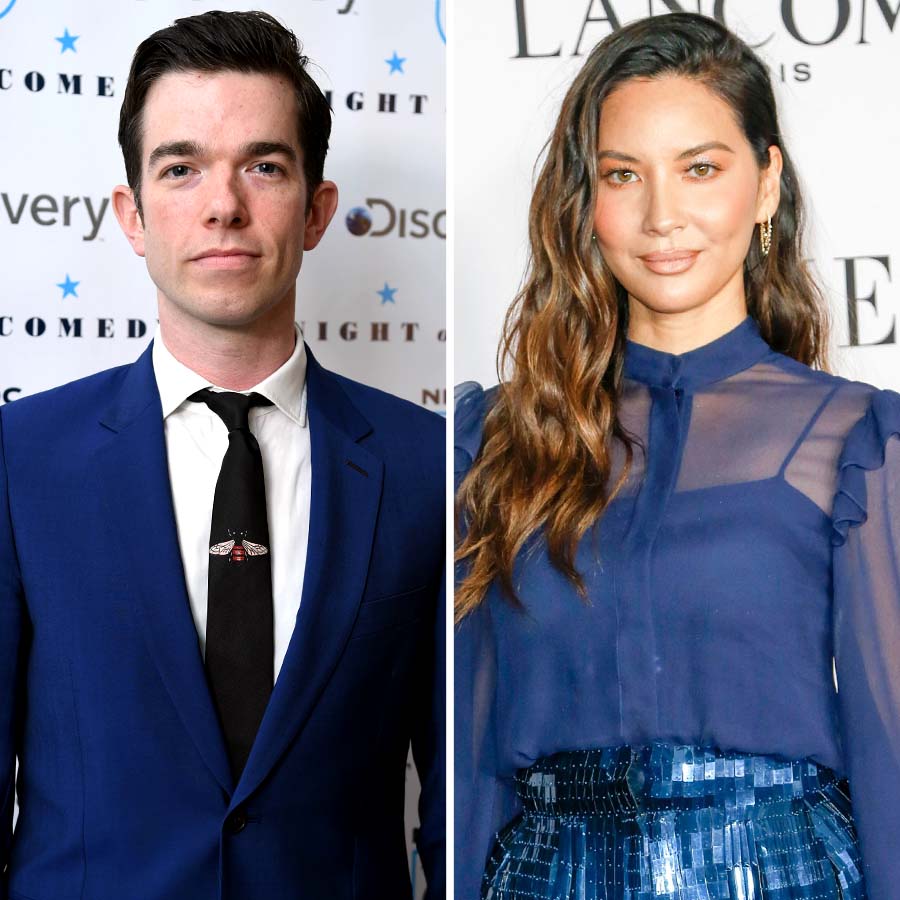 A sweet afternoon spent together. John Mulaney and Olivia Munn made a rare appearance as they stepped out for an afternoon stroll on Thursday, June 23.

The couple looked casual as they walked hand in hand through the Big Apple after leaving their hotel together. Munn, 41, donned a slightly oversized tan blazer with sleek black slacks and matching sunnies. Mulaney, 39, sported khakis and a denim jacket with a yellow backpack.

While the lovebirds have been notoriously low-key about their relationship, Us Weekly confirmed the pair were officially an item in May 2021, following the comedian’s split from his then-wife of six years Anna Marie Tendler that same month. (The former couple have since finalized their divorce.) 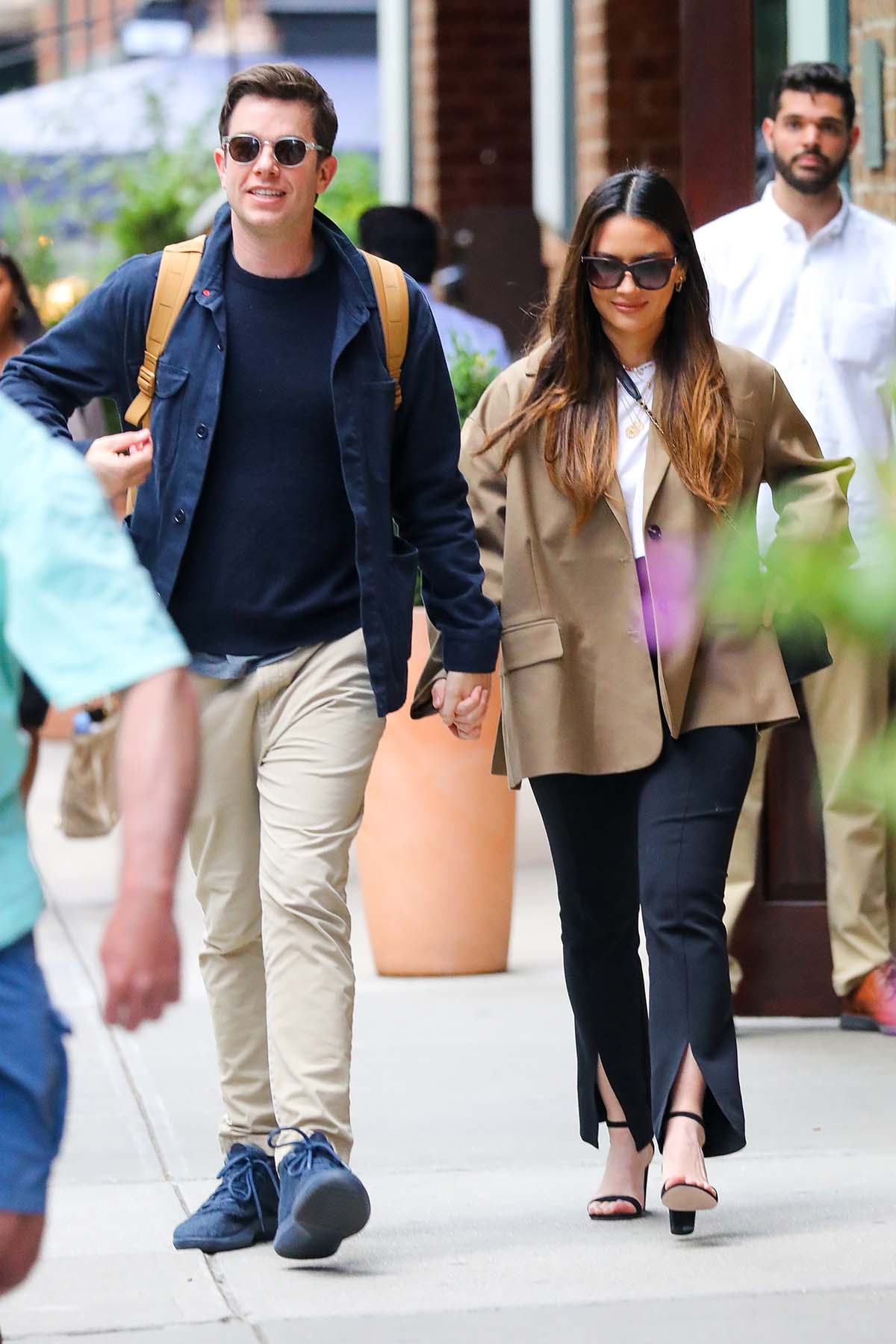 In September 2021, the Saturday Night Live alum, who checked himself into rehab less than a year prior, announced that the Oklahoma native was pregnant. “We’re having a baby together,” Mulaney told Seth Meyers at the time. “I was nervous when I was about to say the news! Olivia and this baby have helped save me from myself in this early journey out of recovery [from my drug addiction].”

The Late Night With Seth Meyers appearance marked the first time that the Illinois native spoke about his relationship with Munn.

“I went to rehab in September, I got out in October, I moved out of my home from my ex-wife. Then in the spring I went to Los Angeles and met and started to date a wonderful woman named Olivia,” Mulaney said of the Newsroom alum. “I got into this relationship that’s been really beautiful with someone incredible. She’s kind of held my hand [through my recovery].” 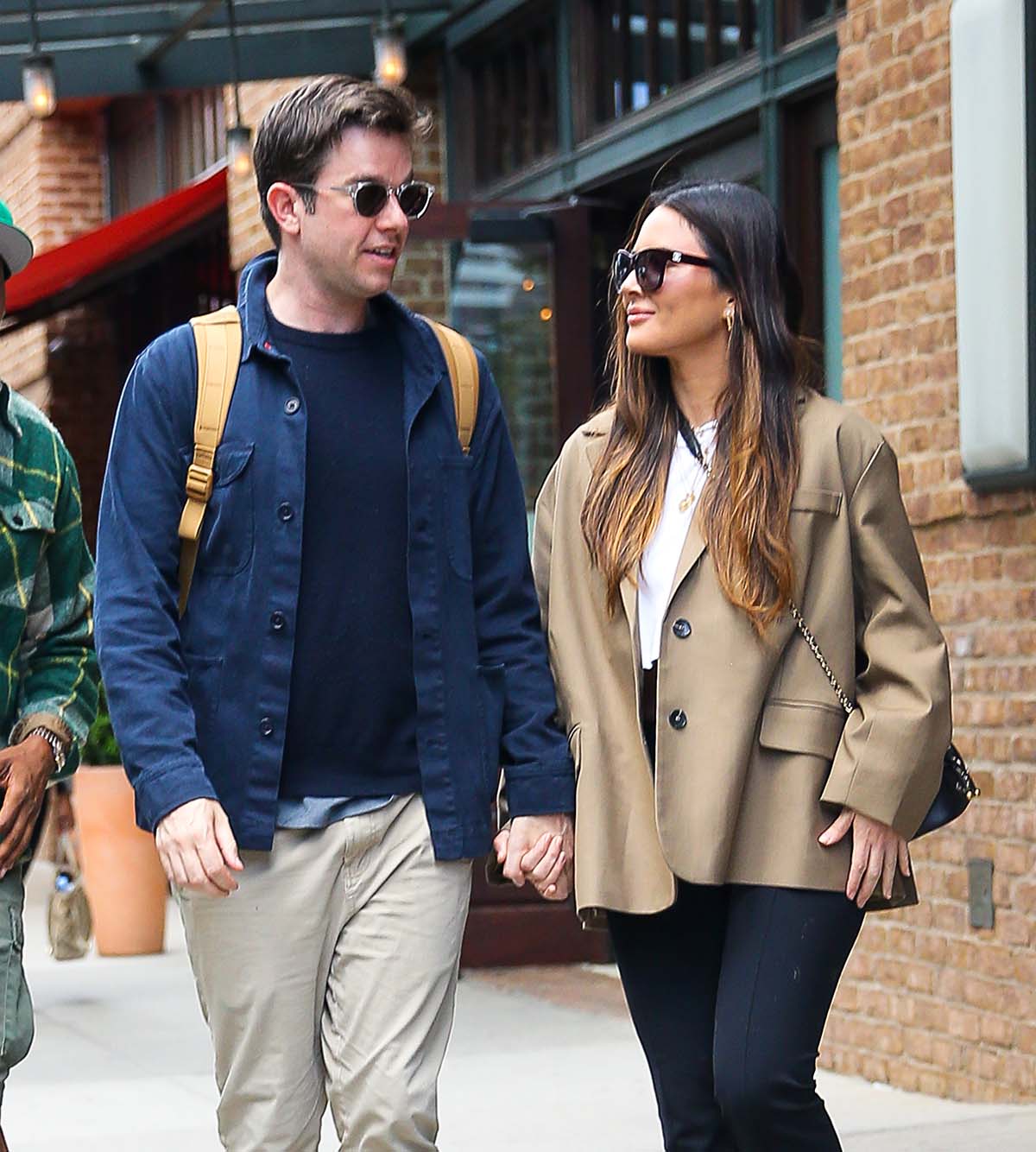 Munn, for her part, spoke out in defense of their love one month later, telling the Los Angeles Times that the rumors around their relationship lead to her receiving the bulk of public scrutiny.

“They think they know our relationship so well. When in reality, they don’t,” she explained. “There’s no way anyone could know what any of his relationships were or what our relationship is. … If I try to say anything, I run the risk of being called messy or not telling the truth. The only way to win, for me, is to pull back and to not play the game at all. … For whatever reason, it’s easier to blame me.”

In December 2021, the couple welcomed their first child, son Malcolm Hiệp Mulaney. At the time of his birth, a source exclusively told Us that the major milestone brought the couple closer together.

“She and John are both very in love with their baby boy,” the insider shared. “All seems to be going great with John. She’s usually more private about her relationship but now she’s sharing more pics. It’s an exciting time.”