A new era. King Charles III got emotional as Queen Elizabeth II‘s funeral came to an end and he received a tribute of his own.

Every Actress Who Has Portrayed Queen Elizabeth II: Helen Mirren and More

The monarch, who died at age 96 on September 8, was laid to rest on Monday, September 19, in London. Following a two-minute moment of silence, which was recognized nationwide, Charles, 73, grew teary when “God Save the King” played before attendees exited Westminster Abbey. He sat beside wife Queen Consort Camilla, with Prince Harry and Meghan Markle behind them in the second row.

Elizabeth’s four days of lying in state at Westminster Hall concluded in the early hours of Monday morning. Before the service, the king and other senior royals followed on foot as the queen’s coffin was transferred to Westminster Abbey during a brief procession. 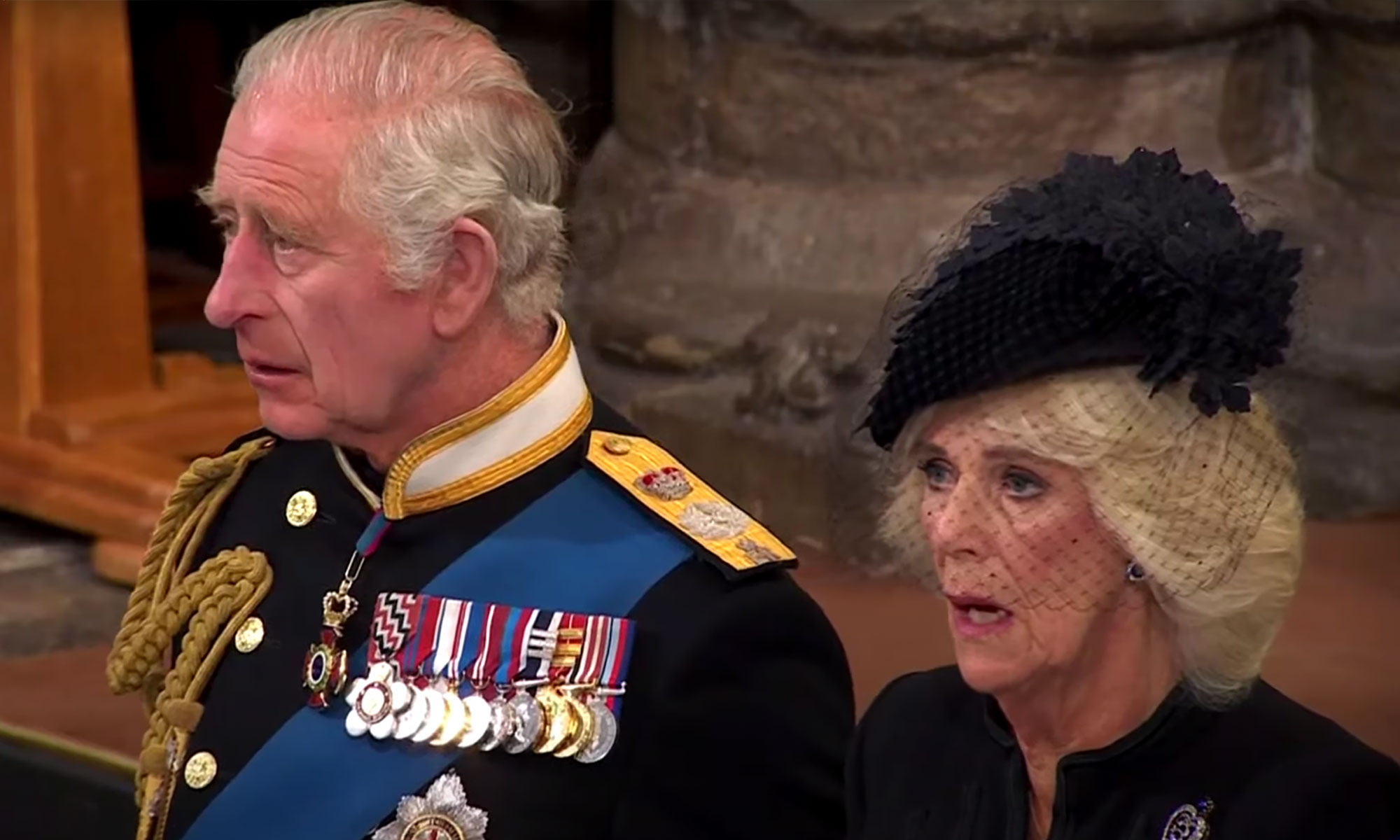 Charles and Camilla, 75, hosted a reception on Sunday, September 18, for several world leaders and diplomats who flew in for the funeral. In a statement shared via the royal family’s Instagram account ahead of the funeral, the new monarch shared his gratitude for the world’s well-wishes.

“Over the last ten days, my wife and I have been so deeply touched by the many messages of condolence and support we have received from this country and across the world,” he wrote on Sunday. “In London, Edinburgh, Hillsborough and Cardiff we were moved beyond measure by everyone who took the trouble to come and pay their respects to the lifelong service of my dear mother, The late Queen. As we all prepare to say our last farewell, I wanted simply to take this opportunity to say thank you to all those countless people who have been such a support and comfort to my Family and myself in this time of grief.”

Following her Westminster Abbey service, Elizabeth’s coffin was placed back onto the same gun carriage that brought her to the church. A procession of the Royal Canadian Mounted Police, along with NHS workers, officers from the Police Service of Northern Ireland and the British Armed Forces led her to Wellington Arch.

The queen will later arrive at Windsor Castle, where mourners are likely to be lining the street along the Long Walk. Her committal ceremony will then begin in St George’s Chapel, where the coffin is set to be lowered into the royal vault. Elizabeth will be buried in King George VI Memorial Chapel, reuniting her with late husband Prince Philip, who died in April 2021. 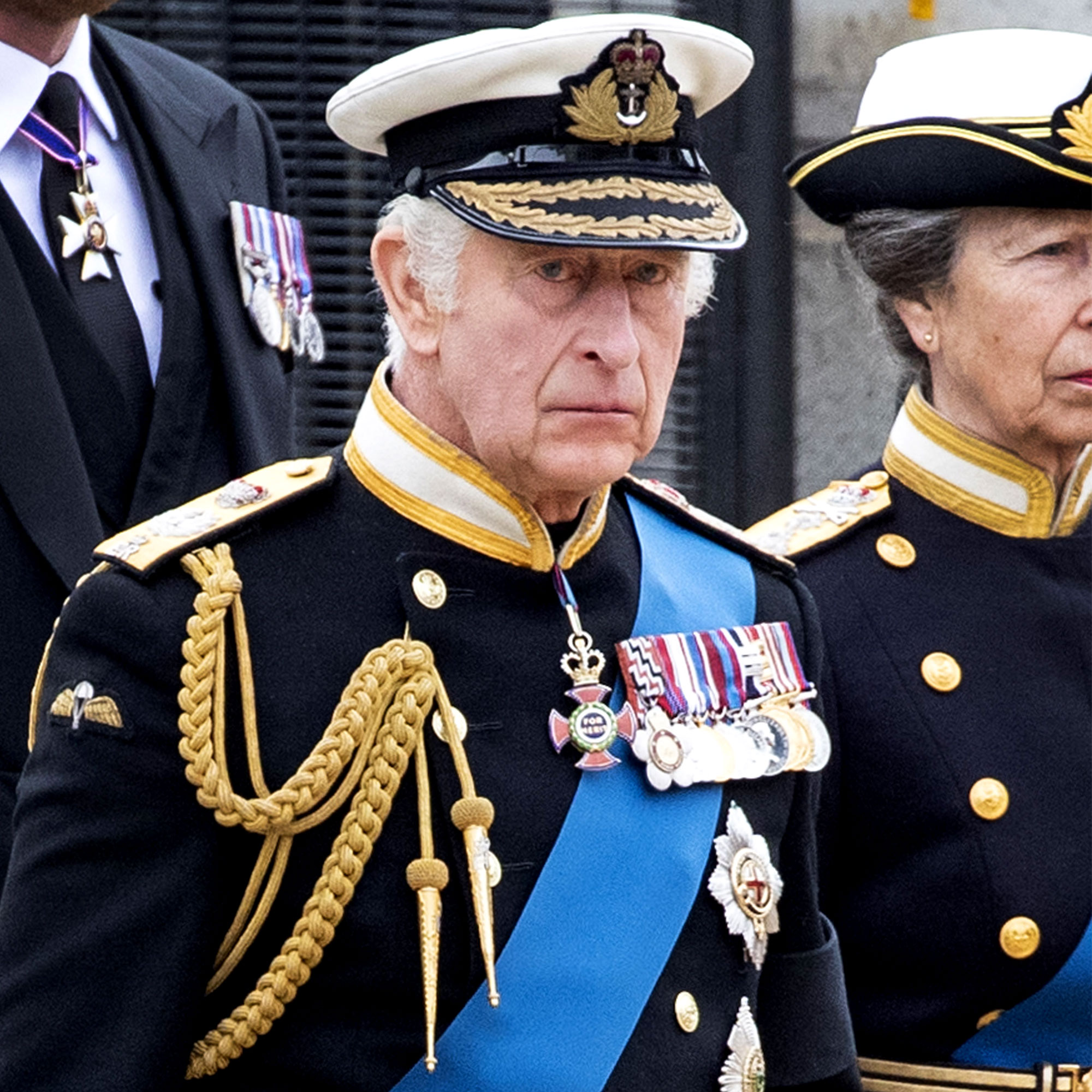 Since her death at Balmoral Castle in Scotland, the late monarch has been honored with several tributes throughout the U.K. as her eldest son assumed his place on the throne. Charles was officially proclaimed king by the Ascension Council on September 10, though a coronation date has not yet been confirmed.

“My mother’s reign was unequaled in its duration, its dedication and its devotion,” the former Prince of Wales said in his address. “Even as we grieve, we give thanks for this most faithful life. I am deeply aware of this great inheritance and of the duties and heavy responsibilities of sovereignty which have now passed to me.”

At the time, Charles vowed to carry on his mother’s legacy as best he can. “In taking up these responsibilities I shall strive to follow the inspiring example I have been set in upholding constitutional government and to seek the peace, harmony and prosperity of the peoples of these Islands, and of the Commonwealth Realms and Territories across the world,” he said. “In this purpose, I know that I shall be upheld by the affection and loyalty of the peoples whose sovereign I have been called upon to be, and in the discharge of these duties, I will be guided by the council of their elected parliaments. … In carrying out the heavy task that has been laid upon me, to which I dedicate what remains to me of my life. I pray for the guidance and help of almighty God.”

As he transitions into his new role as monarch, Charles is leaning on Camilla for support. “King Charles calls Camilla his ‘tower of strength,’” a source told Us Weekly exclusively ahead of the funeral. “[He] says she makes him a better man. This is obviously a challenging time for him as he transitions into a new era without his beloved mother and he’s incredibly emotional. … [Charles] knows he’ll never outshine the queen and doesn’t expect to, but he does plan to make a difference in his own, unique way.”

The gross reason Prego spaghetti sauce is trending on Twitter