The canceled vacation blues. Meghan King‘s plans to take her kids to Disneyland took an unexpected turn that instead left the whole family in quarantine.

Celebrity Health Scares Through the Years

“Long story short, my kids got hand, foot and mouth disease and we had to cancel our Disneyland trip,” the Real Housewives of Orange County alum, 37, captioned an Instagram photo with daughter Aspen, 5, and twin sons Hart and Hayes, 4, on Tuesday, August 2.

King, who shares her kids with ex-husband Jim Edmonds, elaborated on the health issues in a lengthy blog post. “Aspen asked me what those dots on her hands were,” she recalled, noting she didn’t worry about the mark on her child until a trip to the zoo later that day. “I’m miraculously managing to google this weird ‘dot rash’ that I can’t stop thinking about and I come across a page when it hits me: These kids have Hand Foot and Mouth Disease.” 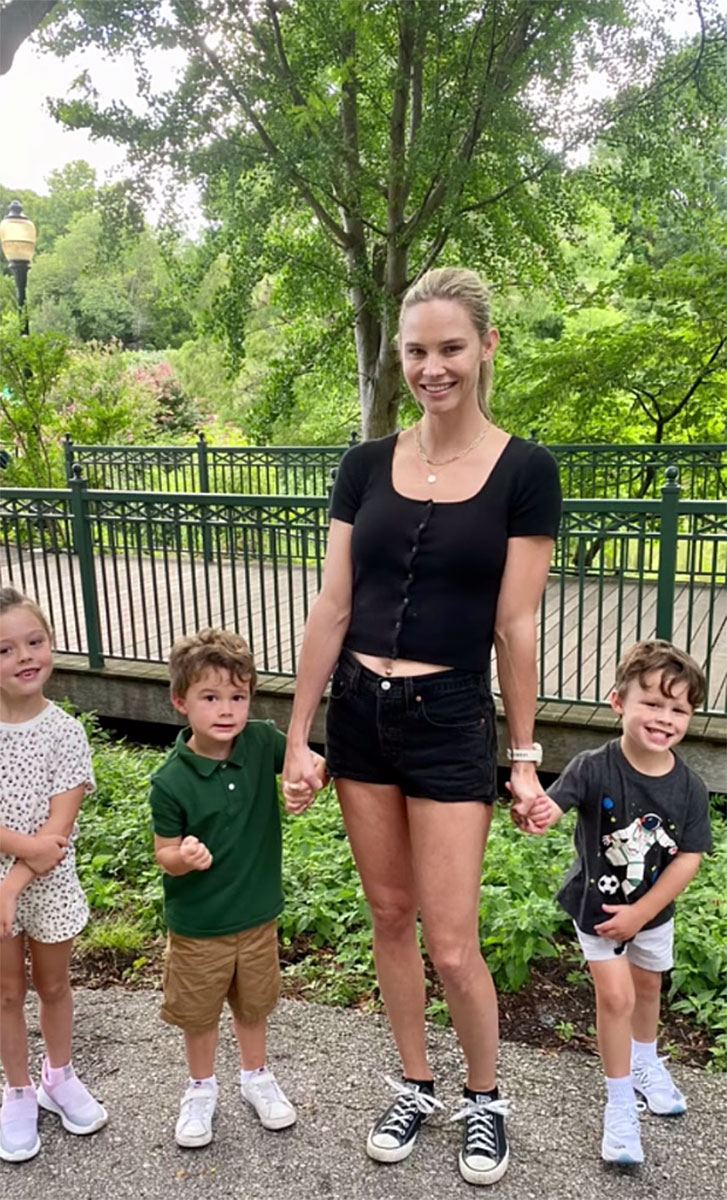 She continued: “Disneyland is cancelled. And I’m trapped with these poor babies. Quarantine PTSD is coming back in full force.”

According to the former reality star, her little ones weren’t “severely affected” by the contagious sores. “They didn’t have fevers, and other than being a little whiney they felt fine, ate fine, and acted normal,” she shared. “Their contagious stage lasted maybe 3 days (I think?) and we cancelled Disney and I got to write this blog (yay).”

King has previously used social media to document moments from her life as a single mother. Last month, the Missouri native made headlines after she opened up about her son Hart’s potty training struggles.

“Hart is afraid of the toilet (I think) and I’ve tried every motivator on the planet,” King wrote via Instagram on July 19 while asking for help from other parents of neurodivergent children. “The clock is ticking ⏰ as school requires him to be potty trained and it starts in a month! Any words of wisdom from others who have children with sensory issues, etc is much much appreciated (and NECESSARY at this point!).”

The former Bravo personality said her son’s cerebral palsy was the reason behind him having trouble with the task. “I will do anything I can,” she continued. “I know he can do it, he just has to do it. Help!”

Edmonds, 52, for his part, wasn’t as thrilled with his ex-wife seeking advice on the online platform. “Jim wishes Meghan would respect their children’s privacy and stop putting their son and his challenges in the spotlight,” the manager for the former professional baseball player, 52, told TMZ on July 21.

The California native’s comments come shortly after King weighed in on how the former couple struggles with coparenting. “We have [a worse] relationship than we did when we split up,” King, who was married to Edmonds from 2014 to 2021, said during an appearance on Caroline Stanbury‘s “Divorced Not Dead” that same month. “It’s horrible. It’s so detrimental for the kids [and] for us as individuals.”

True meaning of Christmas and the joy of faith: How to reach out to others