The 2021 Met Gala came and went in a star-spangled blur. Best-dressed regular Sarah Jessica Parker wasn’t there; neither was Beyoncé.

But stars aplenty still climbed those famous Metropolitan Museum steps for the “In America: A Lexicon of Fashion”-themed fête, dressed in their finest patriotic fashions. Below, the most memorable looks from Monday night’s red carpet. 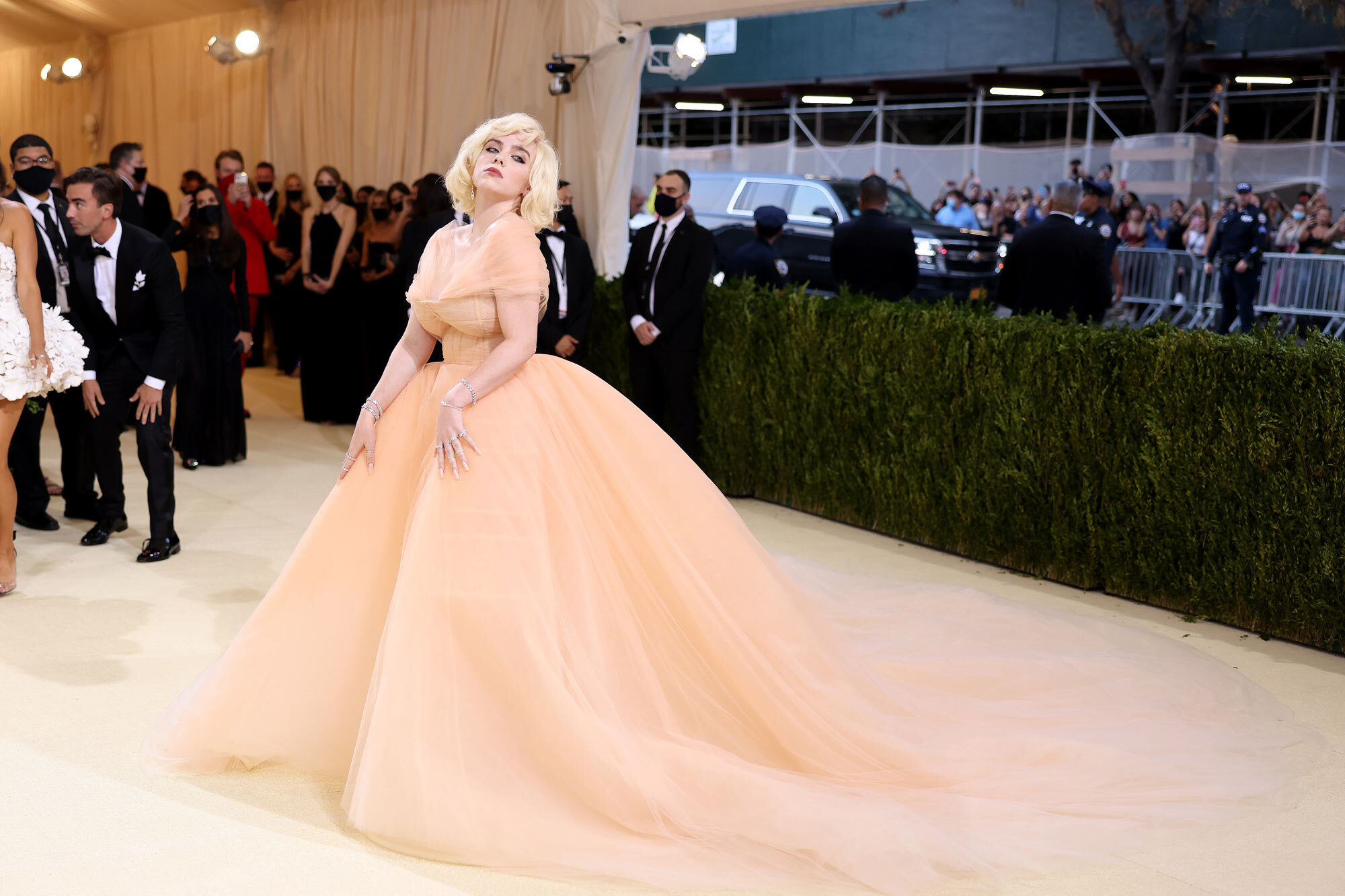 Biggest (and best) makeover of the night goes to the 19-year-old “Bad Guy” singer and gala co-chair, who swapped her signature baggy style for an off-shoulder peach tulle gown by Oscar de la Renta, complete with a massive train.

The singer finished off her look with a Marilyn Monroe-inspired ‘do, and cited Holiday Barbie (who was on her Christmas wish list every year growing up) as her inspiration. 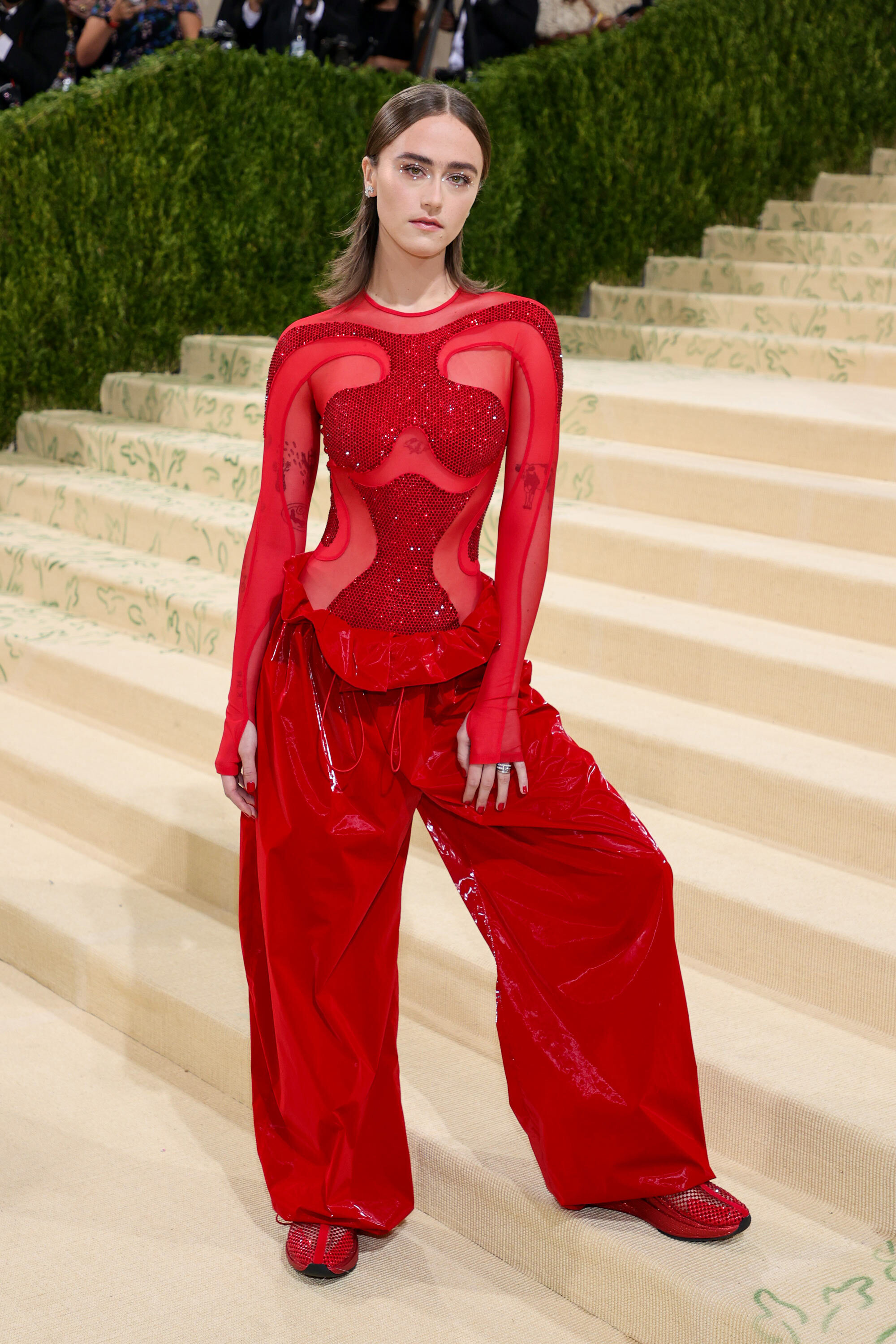 What passes as high fashion on the year’s biggest red carpet in 2021? Ella Emhoff — who became an instant style star after President Biden’s inauguration in January — proved that a shimmery red bodysuit, shiny baggy trousers and trainers (all matching, and all from Adidas by Stella McCartney) won’t just do, they’ll downright dazzle. 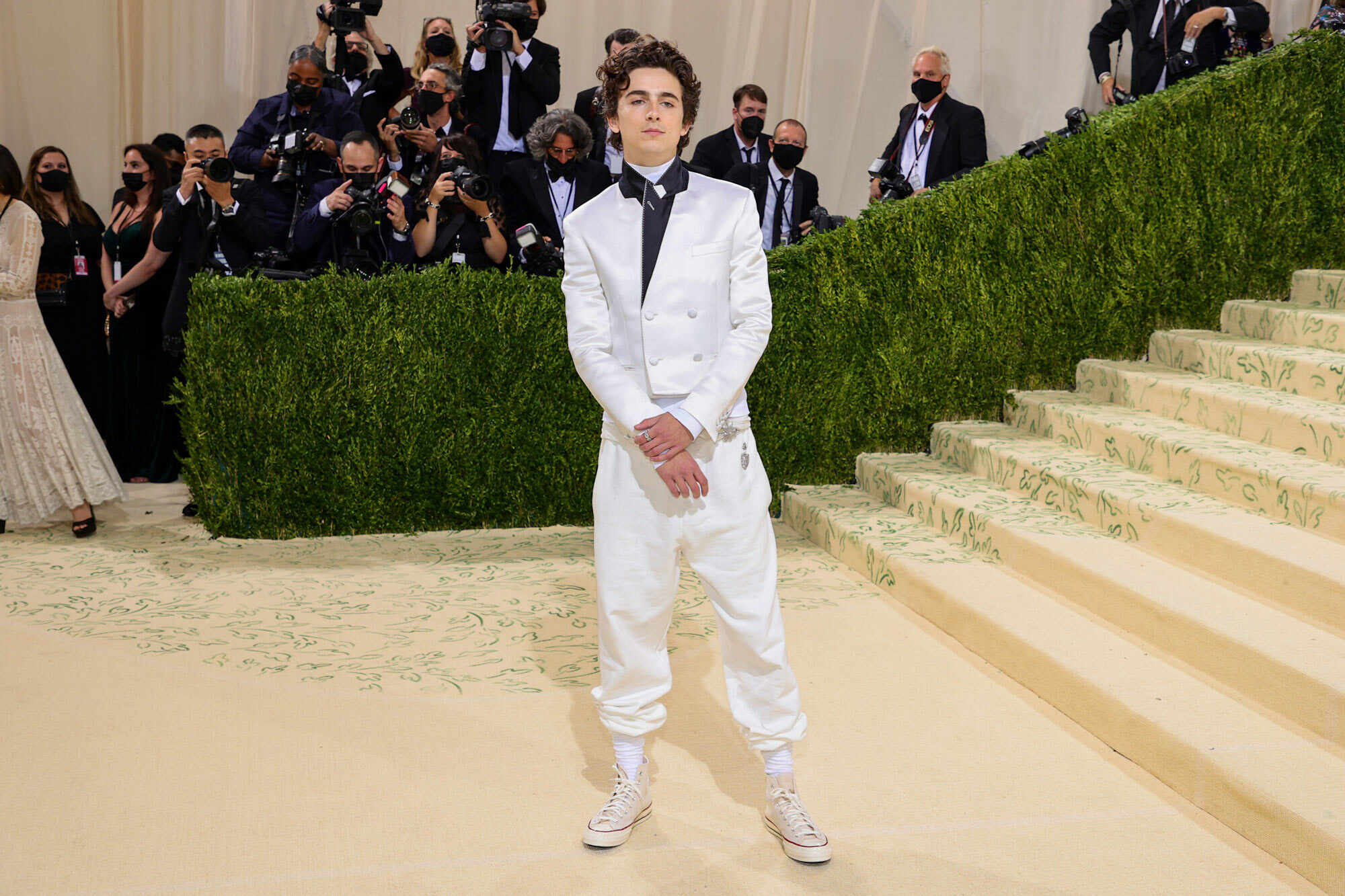 The Met Gala co-chair, heartthrob and all-around fashion MVP offered a lesson in monochromatic layering with his high-low mix: a white Haider Ackermann jacket and Cartier jewels teamed with sweatpants and Converse sneakers. 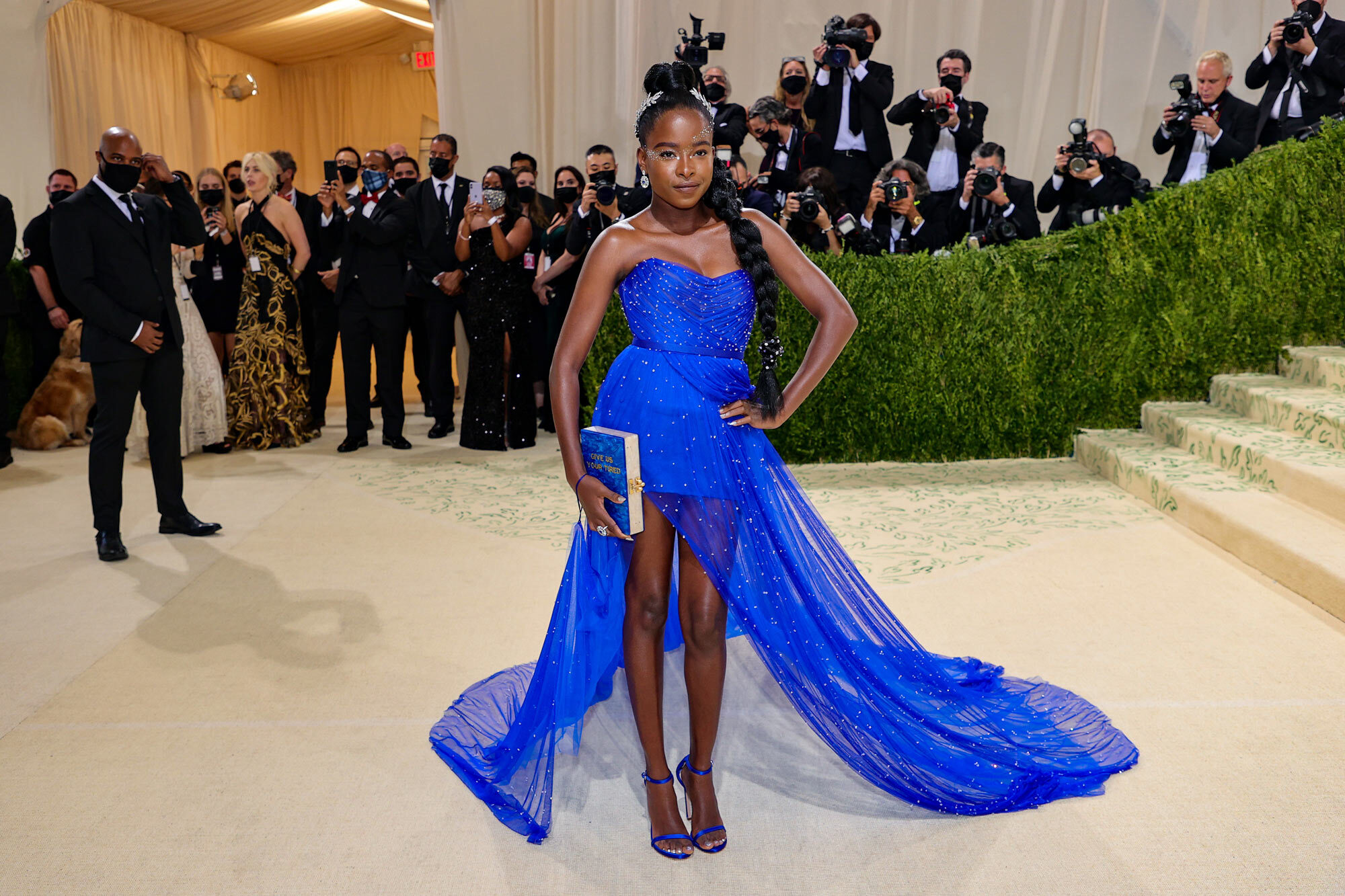 Our country’s first-ever National Youth Poet Laureate said she “leaned into the spirit of the Statue of Liberty” with her look. Dressed in a bright blue Vera Wang gown topped with a Jennifer Behr leaf crown and a book-shaped clutch bearing a line of poetry from the bottom of Lady Liberty (“Give me your tired”), she was an artful personification of the night’s theme. 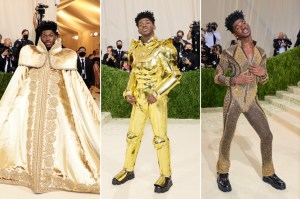 Thrice as nice! The “Montero (Call Me By Your Name)” crooner showed off not one, not two, but three golden Versace numbers on the carpet. After shedding his dramatic cape to reveal mirrored armor, Lil Nas stripped down further to a beaded bodysuit anchored by chunky black boots. 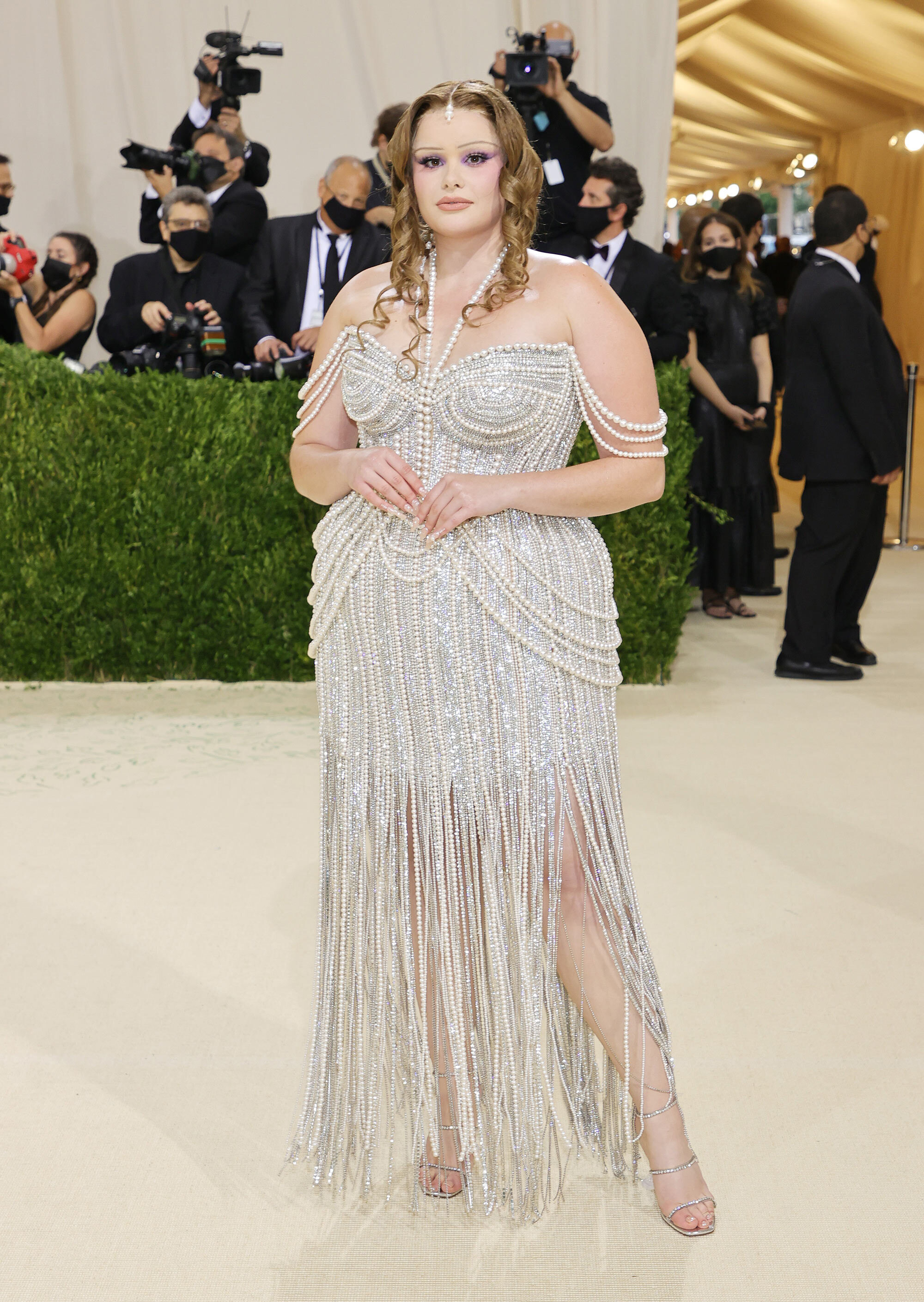 The “Euphoria” actress’ burlesque-inspired bustier gown by Jonathan Simkhai, which took over 100 hours to create, was “roaring ’20s” glamour at its most decadent and divine. 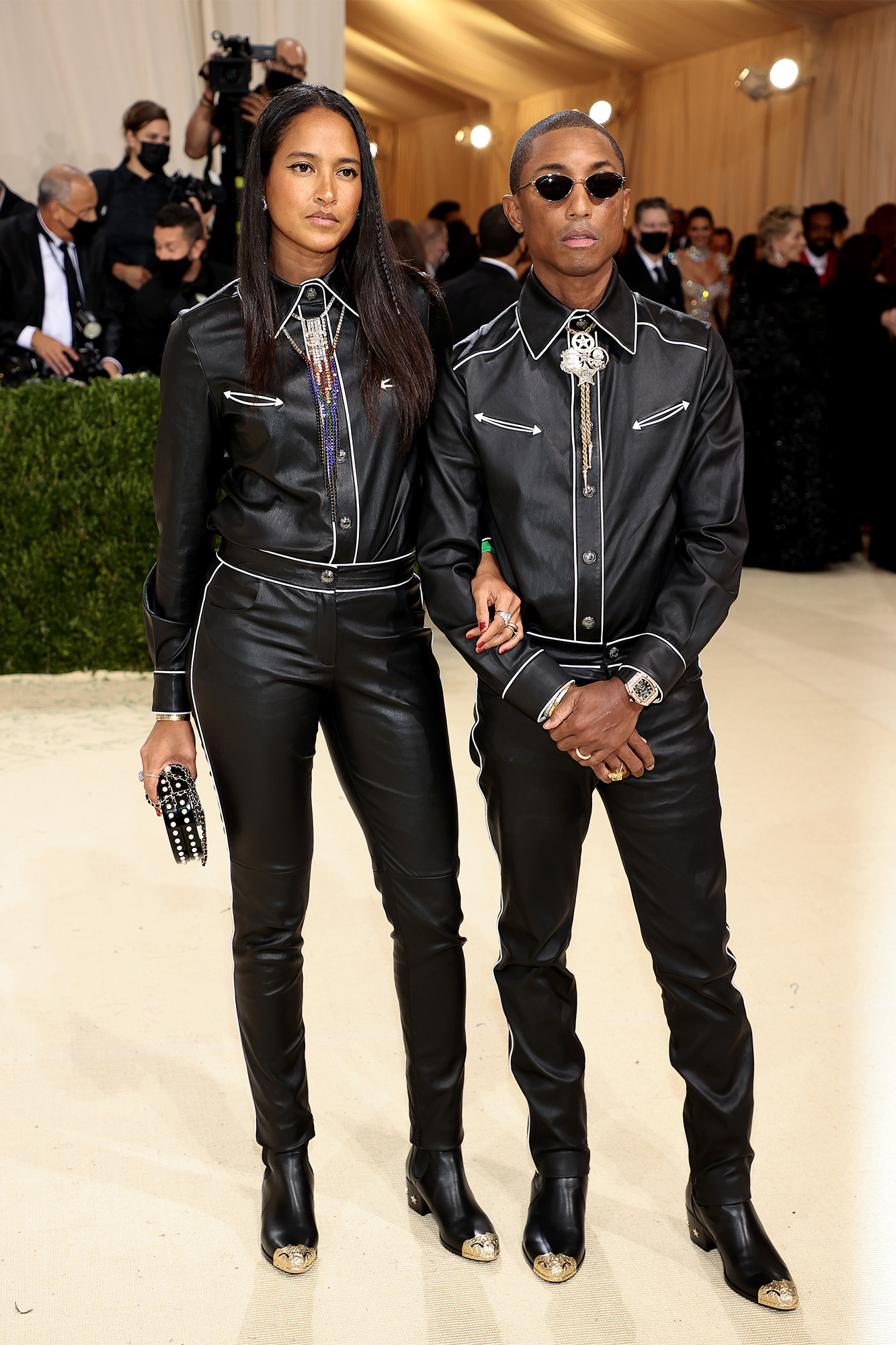 Plenty of Wild West-inspired looks popped up on the carpet, but Pharrell did it best in Chanel’s cowboy getup — designed by Karl Lagerfeld, the fashion-phile emphasized during an interview — complete with a bolo tie, gold-tipped boots and his very haute, very twinning wife, Helen Lasichanh. 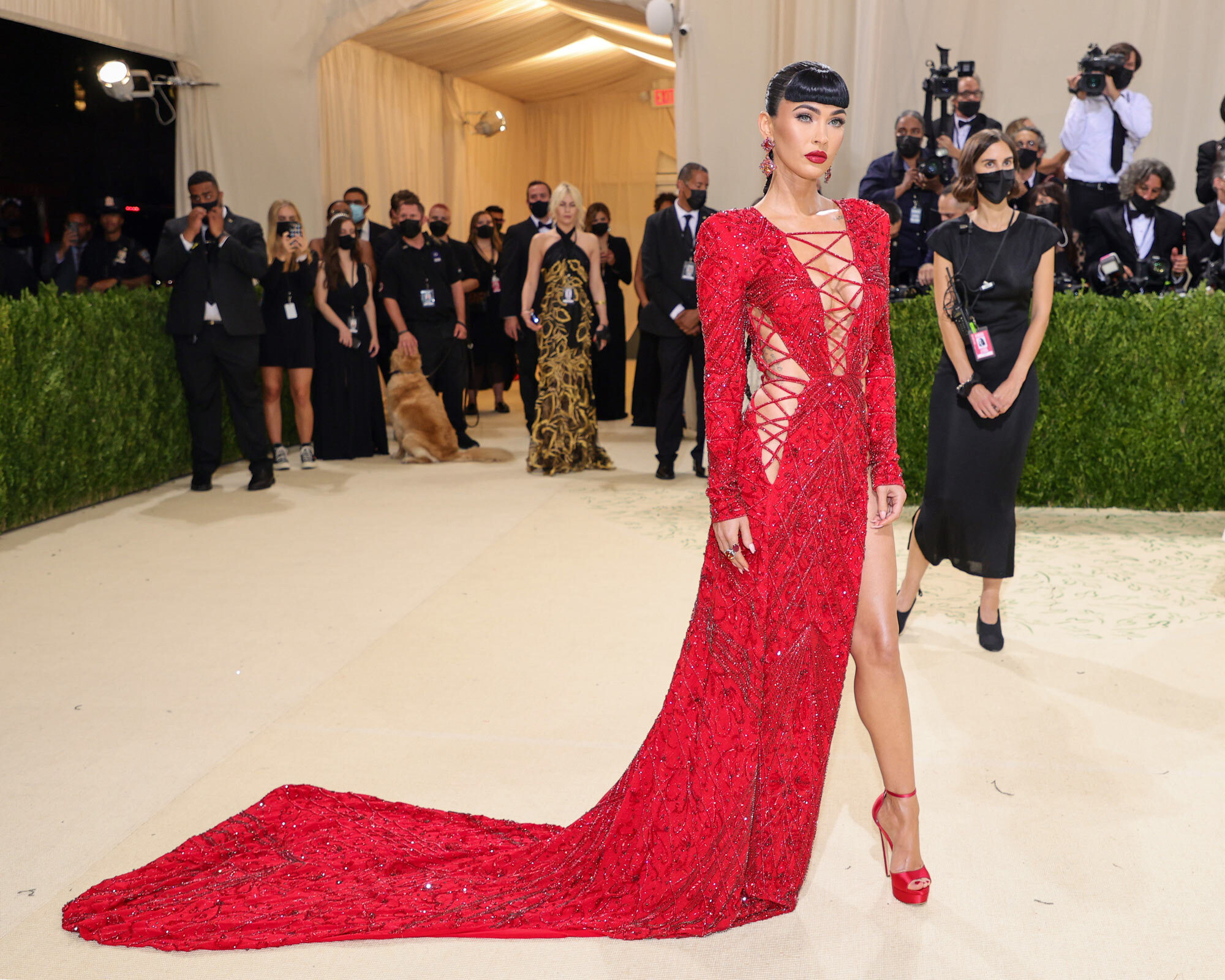 Debuting a fresh pair of bangs (real or faux, we don’t know), America’s Hottest Girlfriend was the ultimate smokeshow in Dundas’ spliced, laced, slit-to-there red beaded gown. When asked what made her look “American fashion,” she simply replied, “because it’s on an American girl.” Sold. 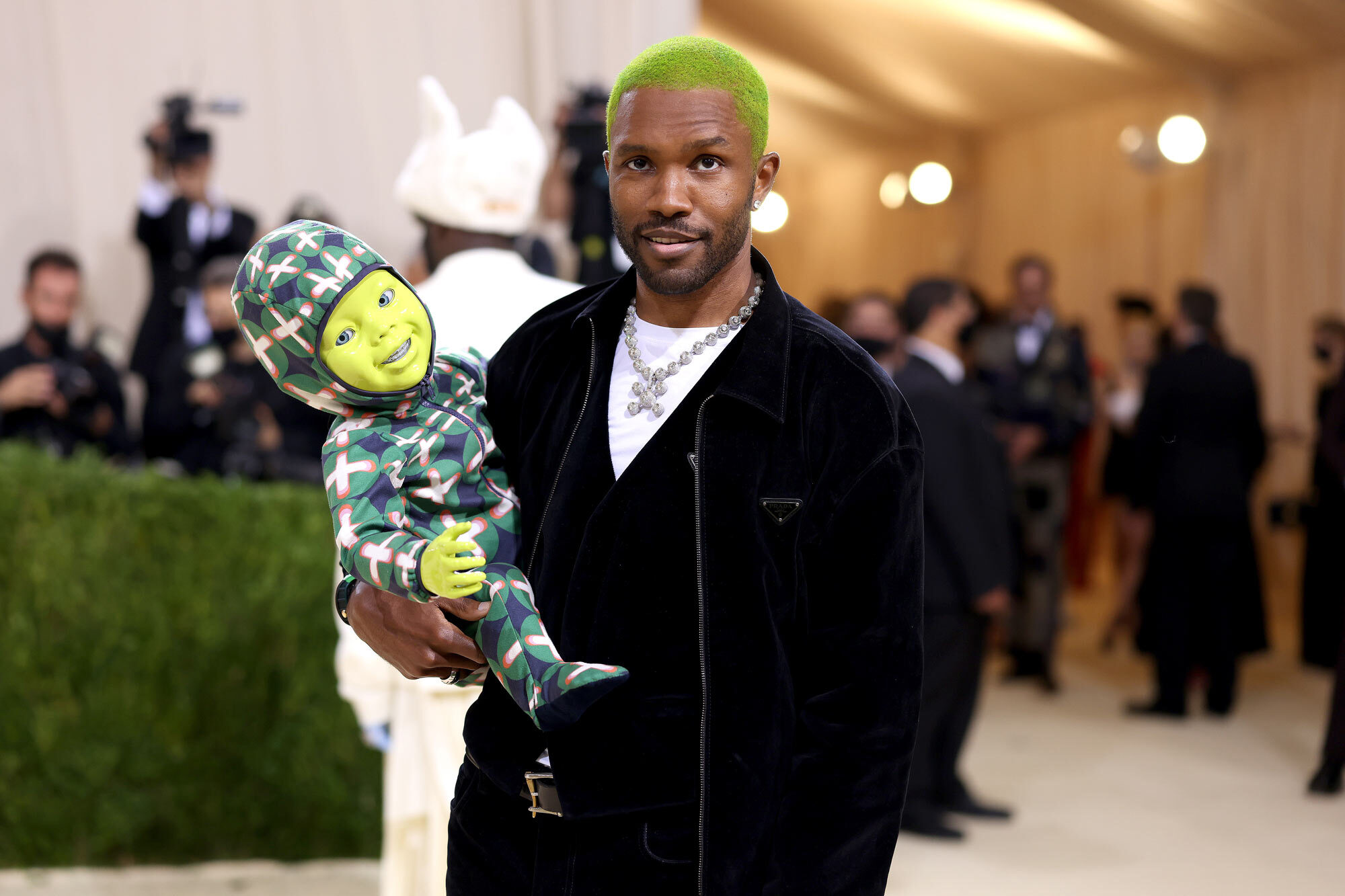 Nothing’s more stylish than authenticity, and few prove this quite like the “Thinkin Bout You” singer. Given his inimitable influence in the fashion space, consider toting around a green robot baby the Next Big Thing. 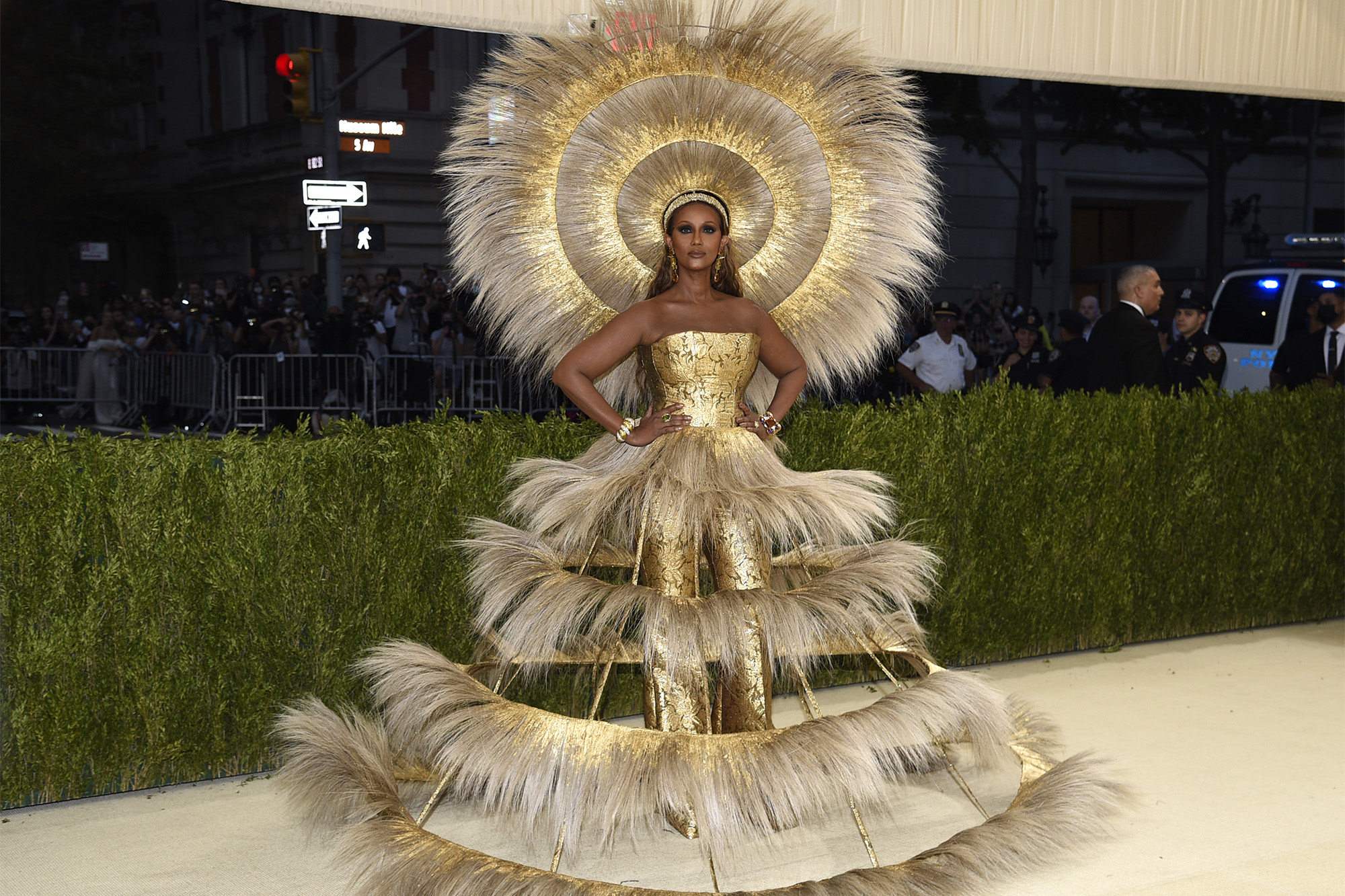 All hail the seemingly ageless supermodel and her feathered headpiece by Harris Reed. 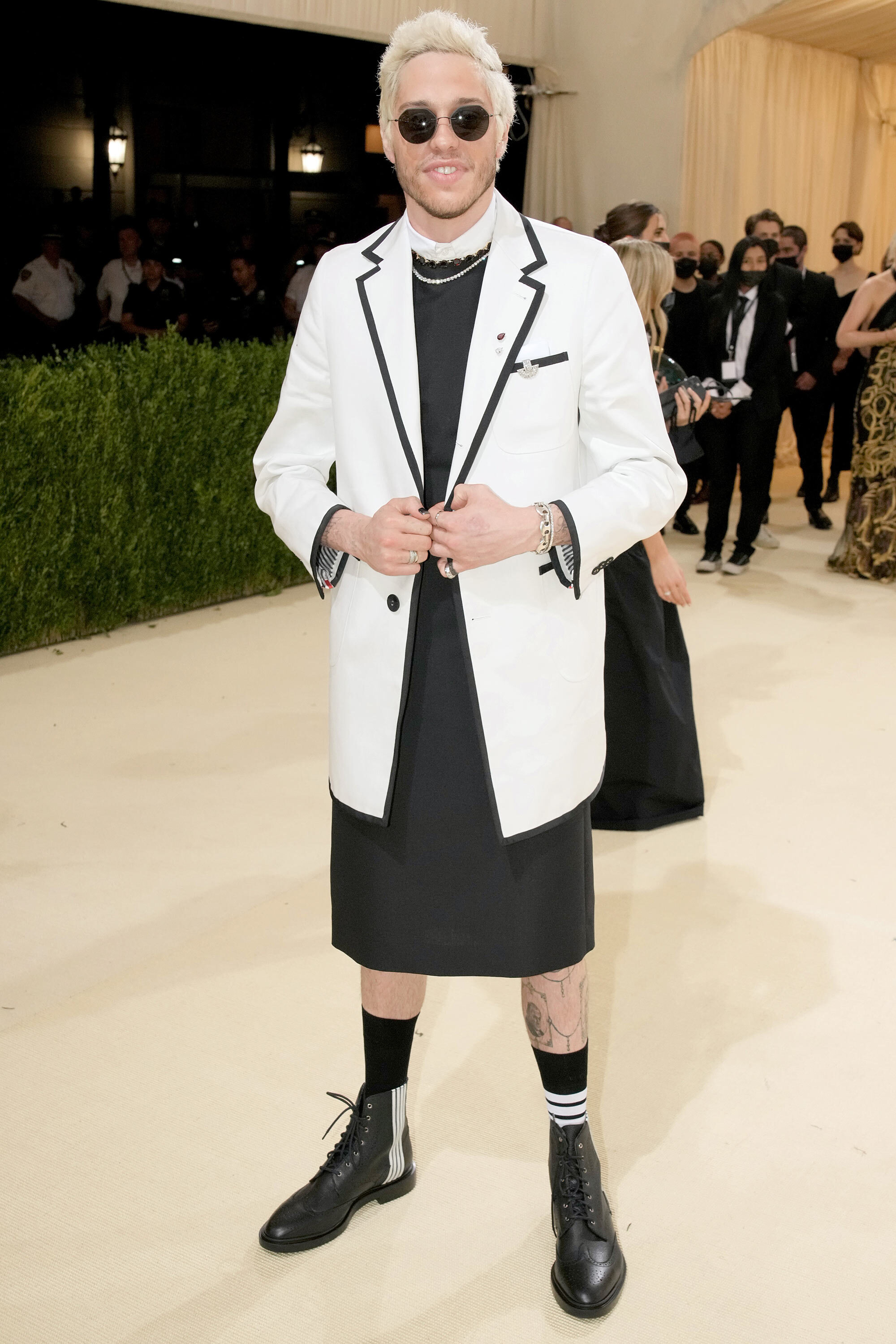 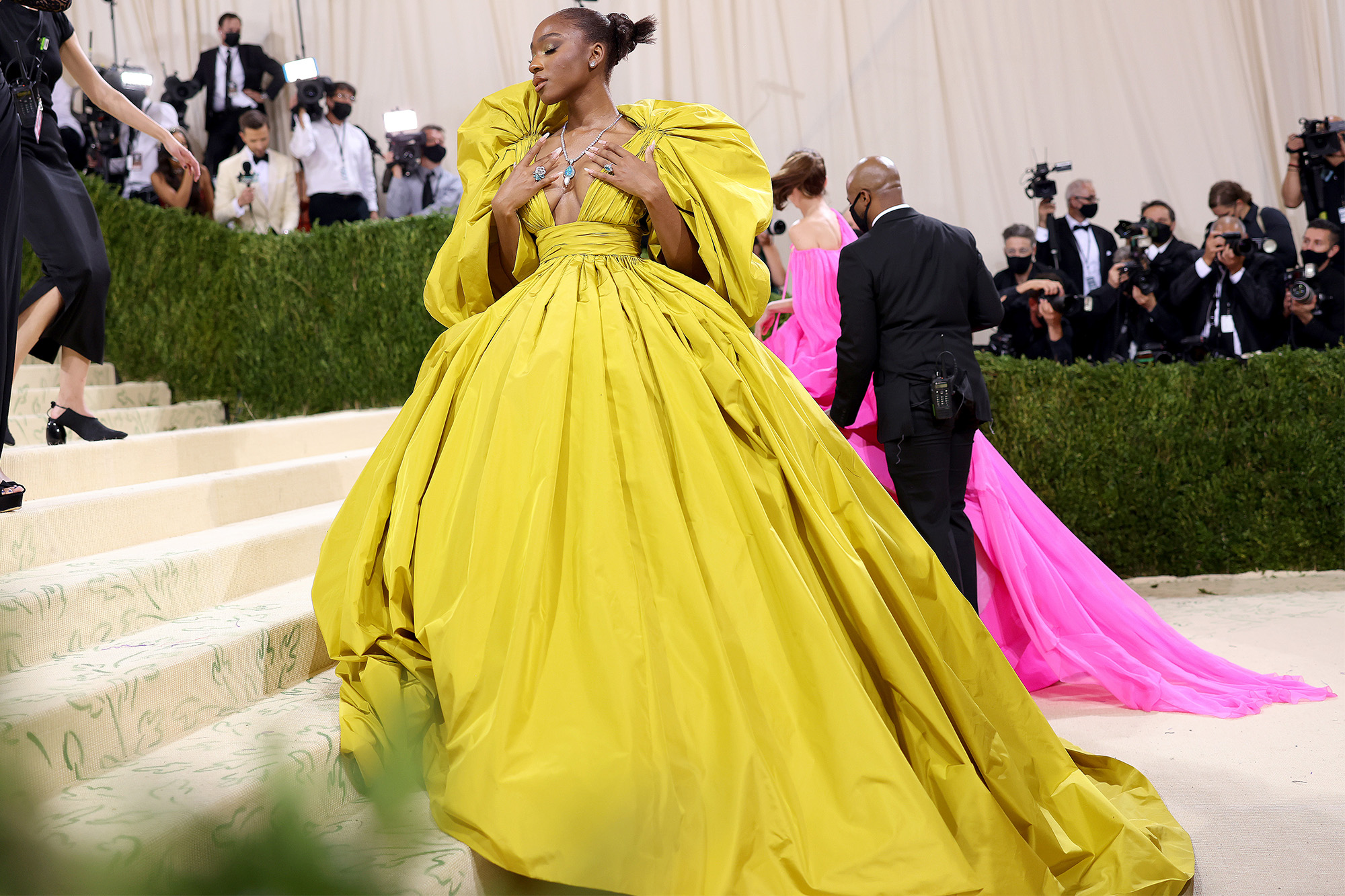 The “Wild Side” hitmaker was the belle of the ball in this yellow Valentino gown. 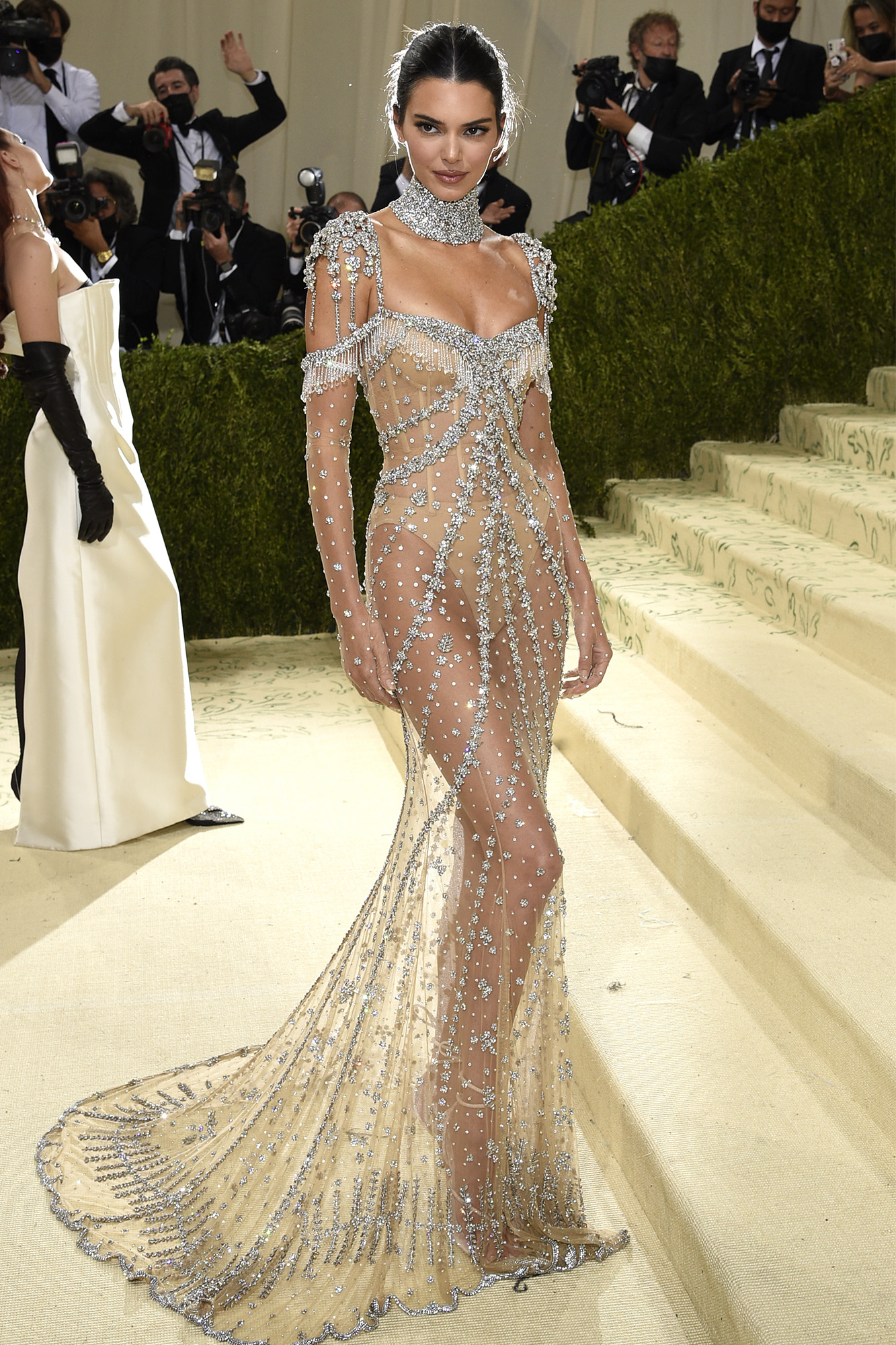 From “My Fair Lady” to “My Bare Lady.” The catwalker’s sparkly, sheer Givenchy look was inspired by none other than America’s most beloved fashion icon, Audrey Hepburn. 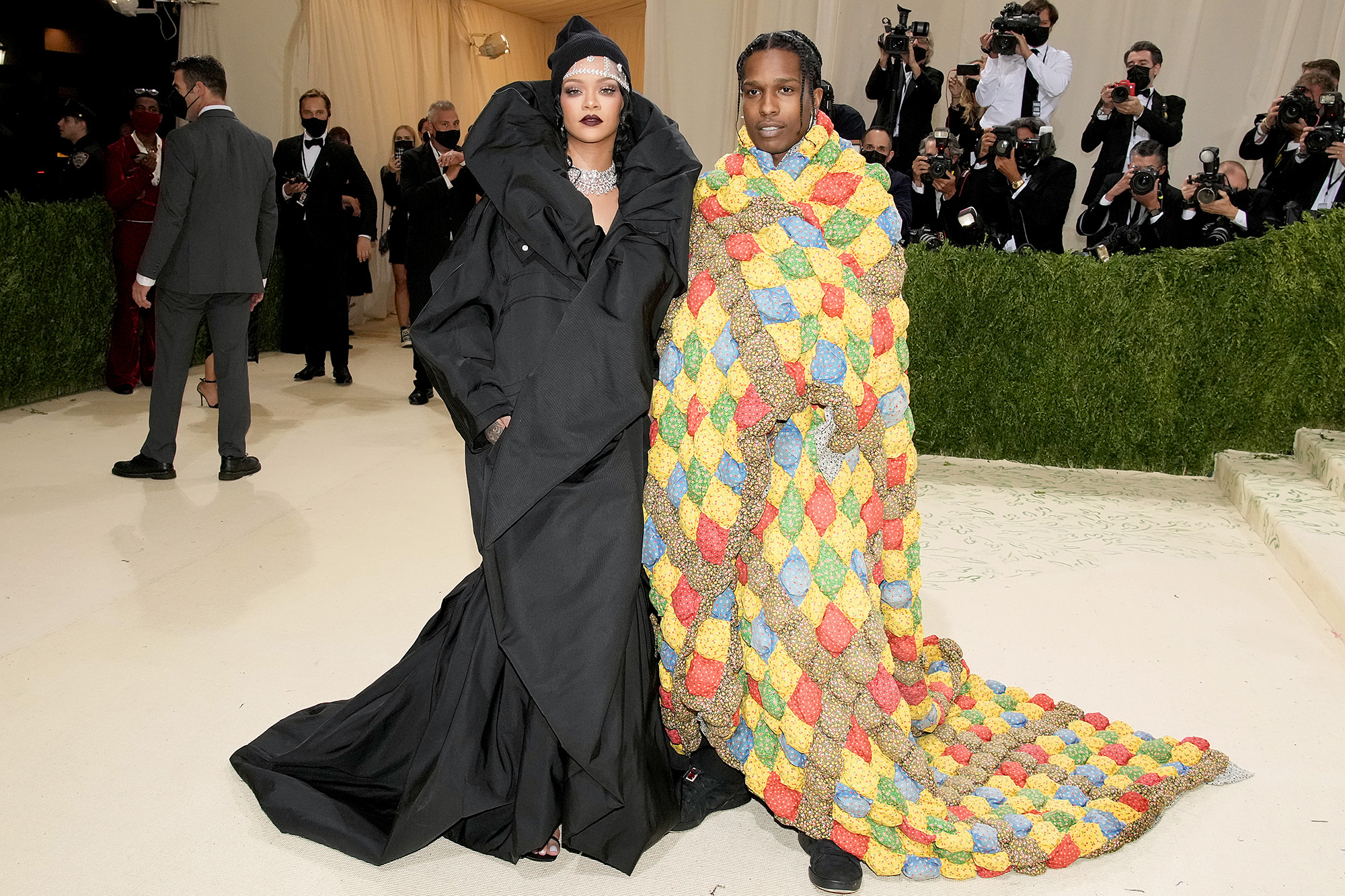 Last but never, ever least, the bad gal’s black Balenciaga beanie and matching ruffled overcoat were a study in effortless red-carpet style that only Rihanna herself could pull off.

My lockdown lover wants me to move 400 miles away