Malthouse Theatre looks to 2023 with a sense of renewal, undergirded by a respect for its past. The company now boasts a digital archive of its history, its programming continues to push the latest theatrical trends, and the heritage-listed venue should complete significant renovation later this year.

The last includes urgent roof replacement. Artistic director Matthew Lutton confesses his team has had to move their office to “avoid falling debris and, between you and me, a lot of bird shit falling onto our desks”. 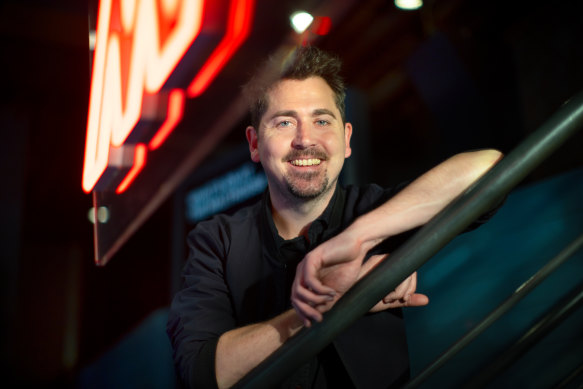 Audiences should experience quality of life improvements, too, in the first major refurbishment in almost two decades.

A $4.6 million grant from Creative Victoria is funding better toilets and expanded foyer space, a greening of the outdoor area, and the installation of permanent fixtures there, from a tech booth to dressing room, facilitating an expanded al fresco summer season at the Outdoor Stage (an innovation that proved both necessary and popular during the pandemic).

Meanwhile, Stories of M went live in April, offering an attractive and accessible digital history of the company over 46 years. There are essays from theatre historians, and an internal search engine that lets you browse a vivid and comprehensive collection of records, including documents and photographs from over 650 productions.

“It’s an amazing resource because we forget our history, and we must fight that amnesia,” says Lutton. “Stories of M is a way to make people conscious of and curious about the past, and for artists, it helps to inform their current practice … being aware of the lineage and the performance legacy they’re building on.”

Such engagement is certainly discernible in the upcoming season. The company has championed collaboration between Chinese and Australian artists from its early years under Carrillo Gantner and 2023 continues the tradition.

Acclaimed Beijing-based theatre director Wang Chong will team with The Rabble’s Emma Valente to produce Made in China 2.0, a solo work blending pop culture lecture and artistic manifesto. The show will be created entirely in Melbourne and immediately tour to Boston’s Emerson Paramount Centre – in what Lutton cheekily describes as “an out-of-town tryout” – before opening at the Malthouse in March.

Classic cinema has regularly inspired Malthouse productions and 2023 brings us the eerie masterpiece of German expressionism, Nosferatu: A Symphony of Horror, reimagined by Keziah Warner in a Tasmanian mining town. 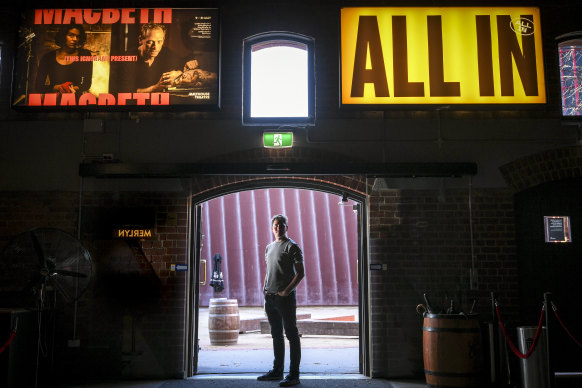 Matthew Lutton at the Malthouse Theatre in 2020.Credit:Eddie Jim

Delayed from 2022, British playwright Jasmine Lee-Jones’ seven methods of killing kylie jenner puts the commodification of black women centre stage, as two young gadflies create a social media storm. And Christos Tsiolkas’ Loaded – made into compelling audio drama during the lockdowns of 2020 – should be a highlight under the direction of Stephen Nicolazzo.

Another notable queer offering is This Is Living, a five-act naturalistic drama from Ash Flanders, in which tensions flare between a gay couple and their friends on a Hepburn Springs getaway.

In the interests of nimble and responsive programming, three further shows have been announced but not scheduled or released for sale.

Fans of immersive theatre will be keen to see Hour of the Wolf. It will build on the success of 2021’s Hamlet labyrinth, Because the Night – a project more ambitious than, and just as exquisitely designed as, Punchdrunk’s latest show The Burnt City (currently selling out in London), even if the storytelling fell short.

“Because the Night was a step forward,” Lutton admits, “but I’m very keen on making [immersive theatre] narratively satisfying. You’ve got to embrace a nonlinear path, to unlearn how you construct stories and encourage fragments to accumulate and intersect.”

To that end, Lutton has engaged a dramaturge working in sandbox video games and obtained software with specialised algorithms for interactive script-testing.

It’s the sort of experiment that should excite Malthouse audiences, which Lutton says tend to be younger, progressive and diverse.

He is proud to serve a melting pot of often marginalised voices, not just through programming but also events such as Vibe Nights, where “the community that created the show takes over the building” mid-season.

“Recently, during K-Box, we had an evening with brash K-pop performances and moving testimonials from Korean adoptees,” Lutton says. “We hope these informal events welcome in communities worried that our theatre companies are too institutional. Or too white.”

More on the upcoming Malthouse Theatre season can be found here.