Olivia Wilde paid homage to Dolly Parton this Halloween, giving her social media followers a sneak peek of the prosthetic boobs she wore beneath the look to emulate the country star’s ample chest.

“BTS Dolly boobs,” Wilde, 37, captioned a clip of herself bouncing around her room in the prosthetic, which she wore atop a burgundy sports bra.

The preceding and following videos show the actress wearing a curly blonde wig and colorful makeup, heels and a yellow button-up shirt tied at the waist. She also placed a flower in her hair, completing the ensemble.

In one clip, she hops on a stationary bike in her costume, captioning the video, “In my mind this is how she works out.” 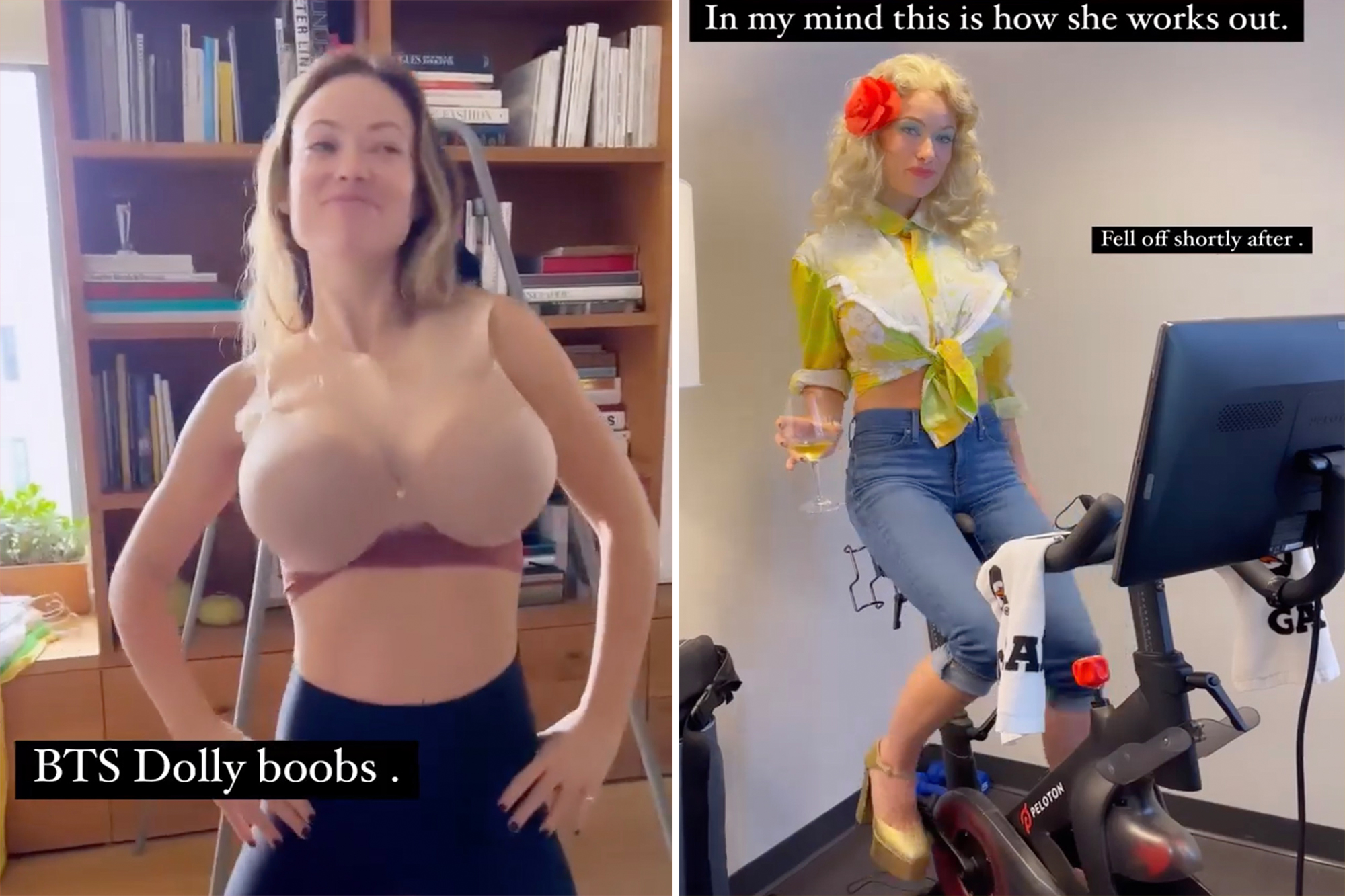 The “Don’t Worry Darling” actress was later spotted at boyfriend Harry Styles’ show in the look, as a fan recorded the star dancing beside the stage while he performed.

Wilde has been snapped several times wearing the former One Direction singer’s gear, wearing a black “Treat People With Kindness” sweatshirt ($54.99) from his merchandise line just last week during a coffee run to Starbucks.

'The Young and the Restless': Courtney Hope Talks About Sally and Adam's Love Scene

Lucy Mecklenburgh house: Inside the new mum’s stunning Essex home as she gives it a makeover

Cafe stuns customers by adding £3.50 fee to orders if you wear a face mask