Croc a doodle do! Shoppers left horrified after Balenciaga and Crocs team up to release VERY peculiar new version of the clogs with a stiletto heel

The luxury Paris-based fashion house has teamed up with Crocs to create stiletto clogs. combining the classic resin shoe with a sturdy elevated heel in a variety of bright colours.

It is unclear how much the shoes, which will be released in 2022, will cost, however, a previous Balenciaga and Crocs collaborations set shoppers back £600, rather than the £39.99 a regular pair of Crocs usually costs.

They were met with mixed reactions online where some Twitter users said the shoes were ‘painful’ and unnecessary, and others said they couldn’t wait to get their toes on a pair. 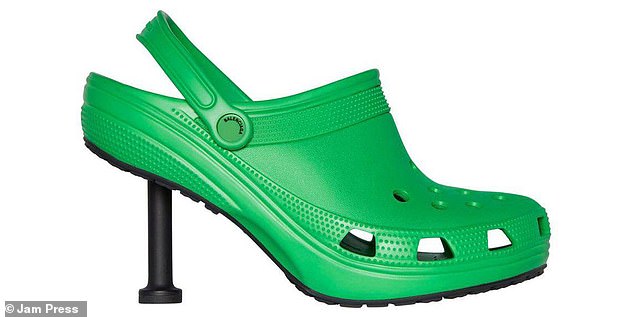 Balenciaga and Crocs have announced their new collaboration. The two brands have created a heeled clog which will be released next year, pictured

The ‘Balenciaga Crocs 2.0’ were announced on Sunday, to be released next year, and their price is still to be confirmed.

They are available in a range of colours. The same collection also includes rain boots with a platform sole, for those seeking something a bit more sturdy.

Online, people had mixed feelings about the novelty shoes, and many were not convinced by the collaboration.

‘I mean… wtf Balenciaga and Crocs are thinking they are doing with this,’ one person wrote. 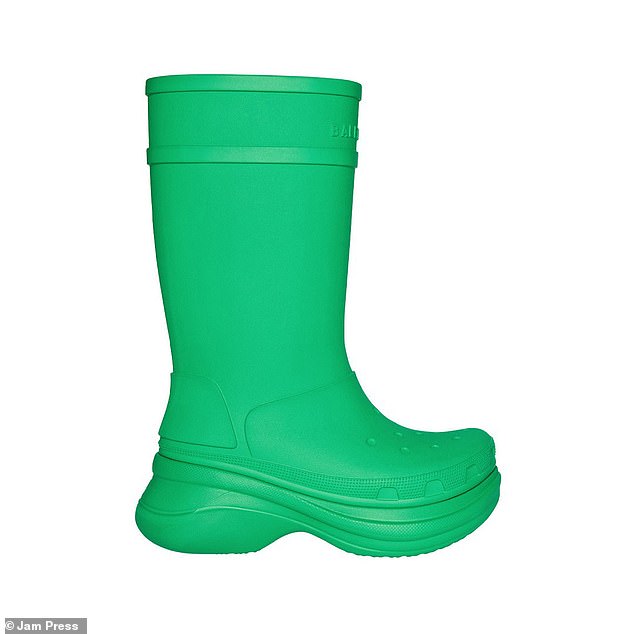 Platform rain boots will also be released next year as part of the collaboration. Their price is also yet to be confirmed

‘I love crocs but a Balenciaga x Crocs collab is what we DON’T need,’ added someone else.

‘What the f is wrong with people at Balenciaga? Can’t decide whether it’s a joke or just making fun of people who buy these,” another user said.

‘Please don’t. This is painful,’ commented someone else.

Several others simply tweeted “no”, while others shared gifs to show their distress at the footwear. 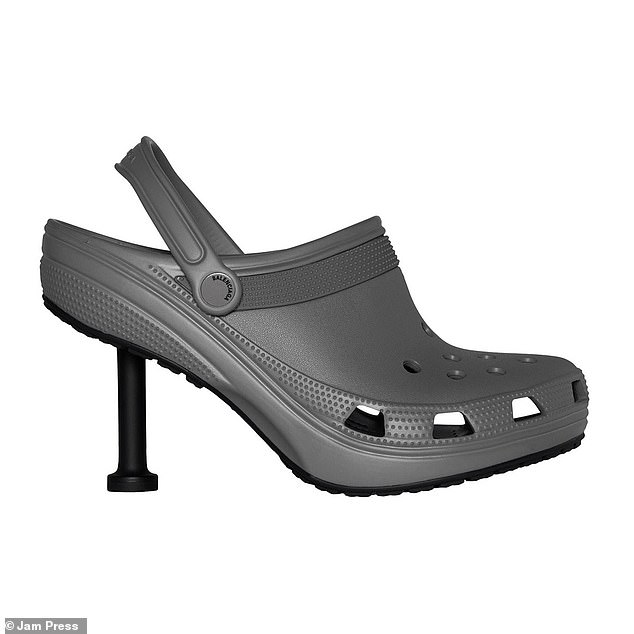 The shoes will be available in several colours, included black, and their price is still unknown ahead of their release next year

However, while many people were baffled by the design, some users are already wondering how to get their hands on a pair.

‘I need those croc heels ASAP,’ one person said.

‘Anyone with information on how to get the Balenciaga crocs will be rewarded handsomely,’ another person wrote.

This is not the first time Balenciaga and Crocs have collaborated.

In 2017, Demna Gvasalia and Christopher Kane even called the brand’s iconic footwear the ‘world’s comfiest shoes’.

‘We were inspired by Crocs and we worked with them on a Balenciaga reinterpretation,’ Demna told French Vogue in 2017.

‘We’ll see if this works in six months’ time in the stores.’