Waste not, want not! Social media users share their genius ideas for reducing, reusing and recycling – from resending the same birthday card to making an ice cream cone out of a banana leaf

With two billion tons of waste dumped every year around the world, people have started to re-think what can be reused or recycled.

Many are becoming more aware of their environmental impact as rubbish sent to landfill represents a significant amount of greenhouse gases which have contributed to climate change.

People from around the world have shared their best zero waste ideas on social media, with Bored Panda collating some in an eye-opening online gallery.

Among the small but simple things people can do is reuse a birthday card, with one set of brothers sending the same card back and forth since 1973.

Here, some of the best examples… 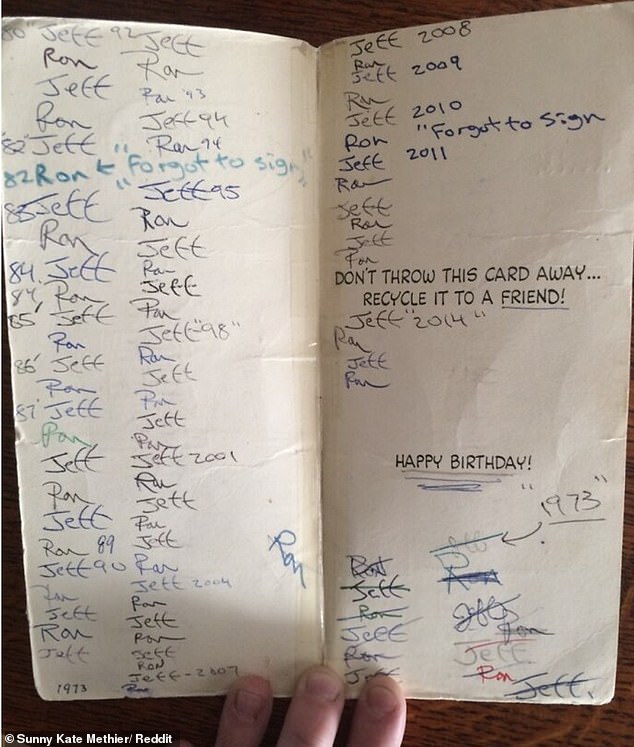 In an online gallery, Bored Panda collated some people’s very clever and some unusual zero waste tips, including brothers Jeff and Ron Methier, from Arizona, who have been exchanging the same birthday card since 1973 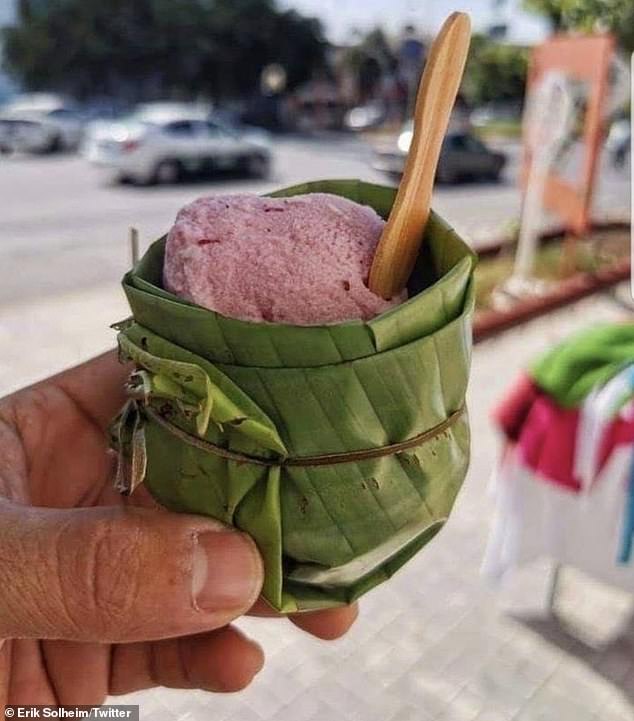 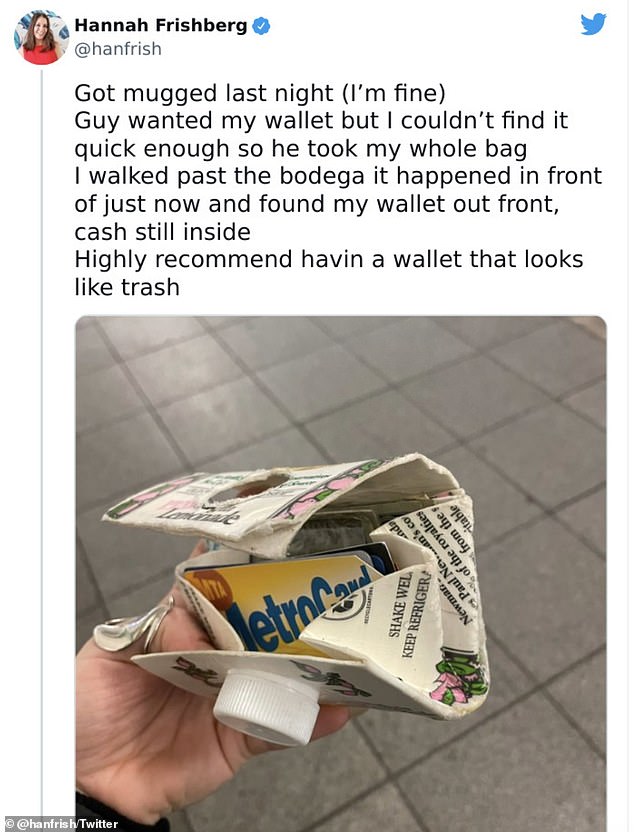 Win win! Hannah Frishberg, from New York,  shared her recycled juice carton purse on Twitter after she was ‘mugged’ and the thief mistook her environmentally friendly wallet for rubbish so they threw it on the ground where she later retrieved it 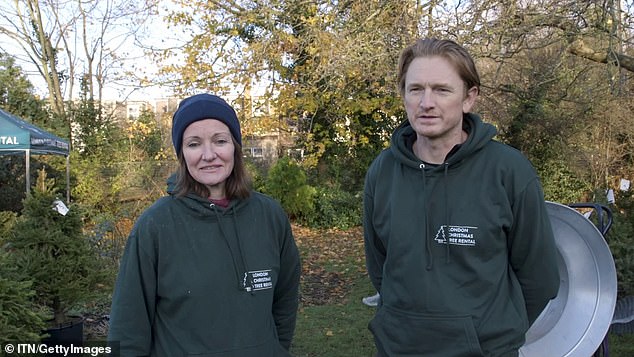 Jonathan Mearns and Catherine Loveless, from London Christmas Tree Rental, started renting Christmas trees to reduce the number that ended up in landfill 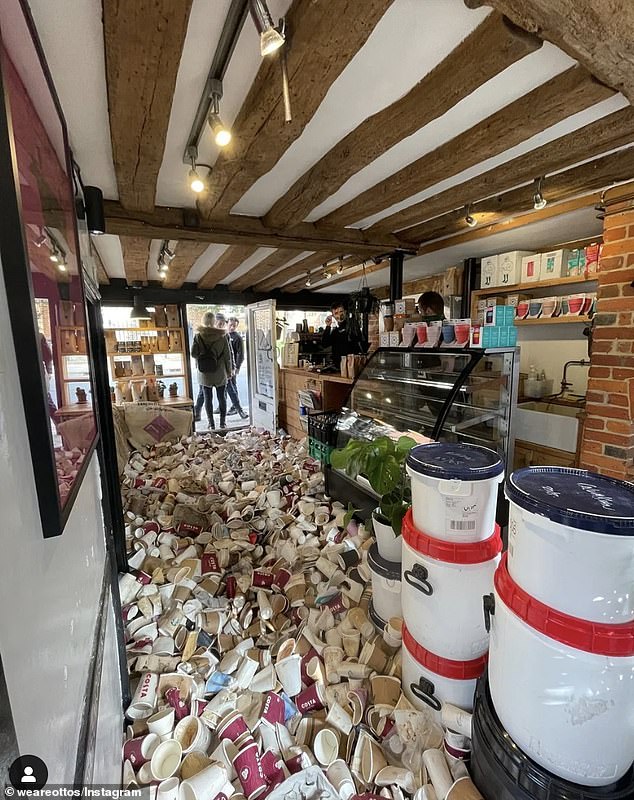 Shocking! Otto’s Coffee Shop in Sevenoaks, Kent made the decision to only serve coffee to customers who bring their own re-usable cups, to illustrate why they filled their shop with disposable cups 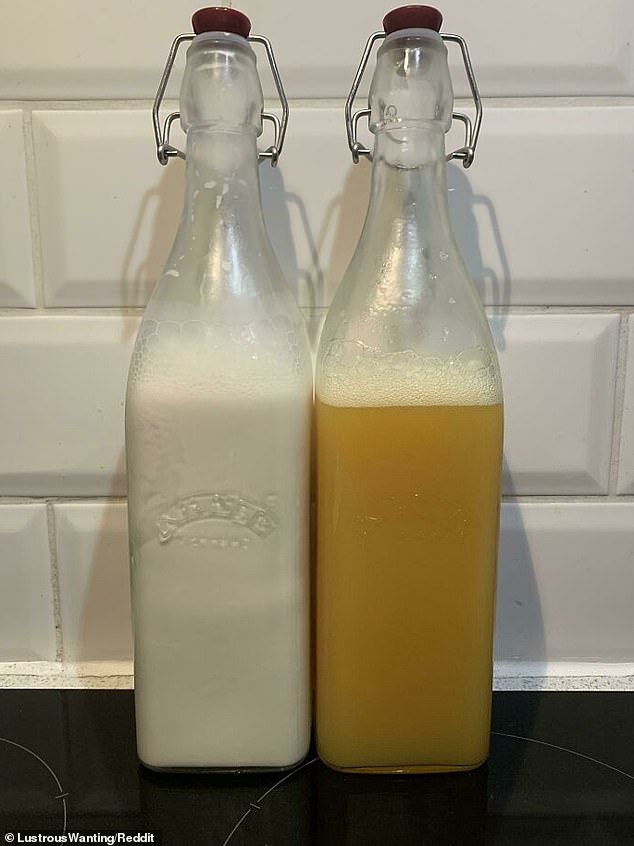 Another person, from an unknown country, has started making their own oat milk and fruit juice and they store it in plastic bottles ready to be re-used 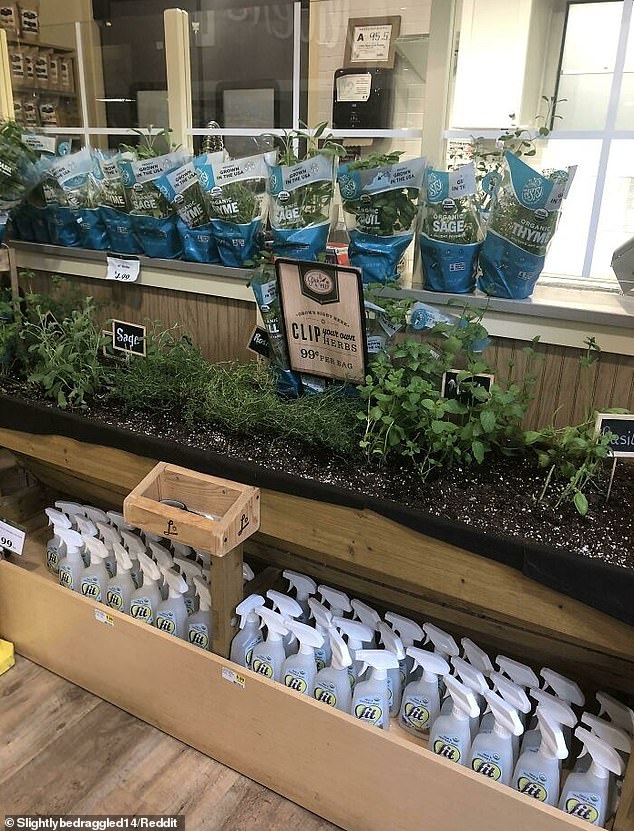 Lowe’s in Winston-Salem, North Carolina, offers ‘clip what you need herbs’ to customers, instead of selling individually plastic wrapped herbs 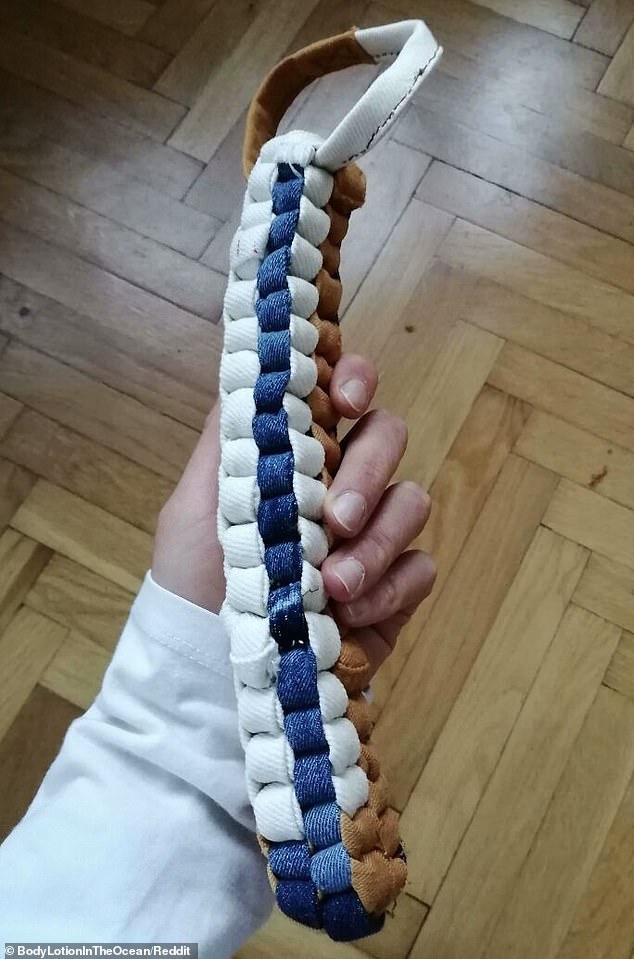 Paw-fect! This savvy dog owner made her pooch a chew toy with left over fabric after shortening her jeans 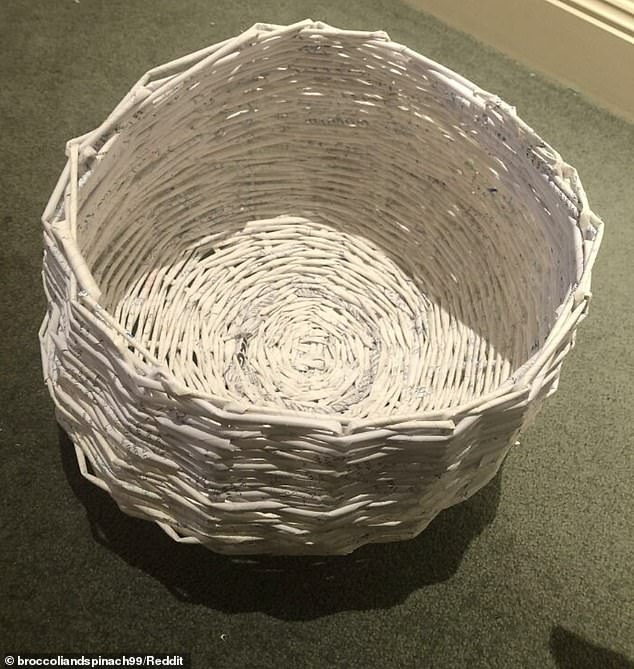 Basket of knowledge! A student took to Reddit to showcase their amazing basket weaving skills- all made from their study notes 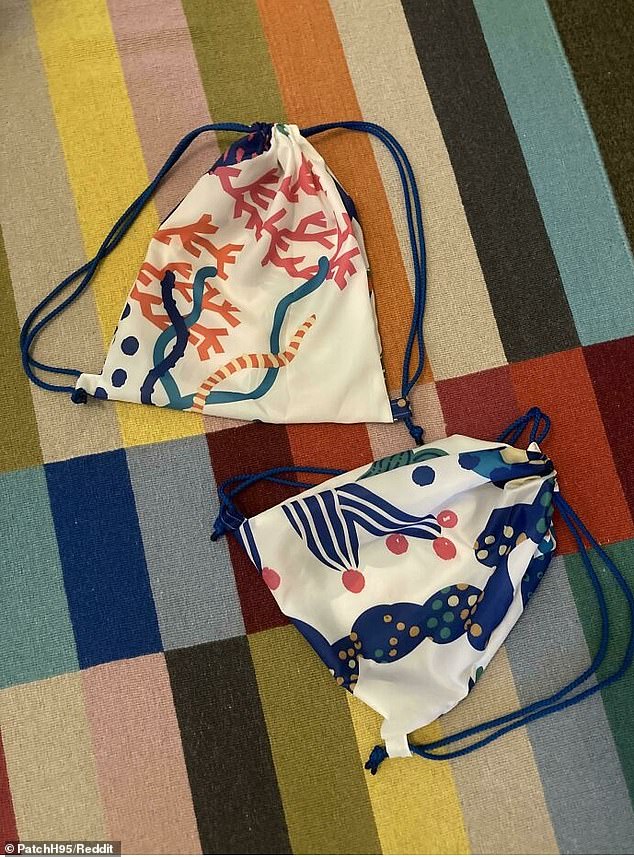 Skills! This woman, from the UK, decided to re-sue their old shower curtain and sew two gorgeous beach bags 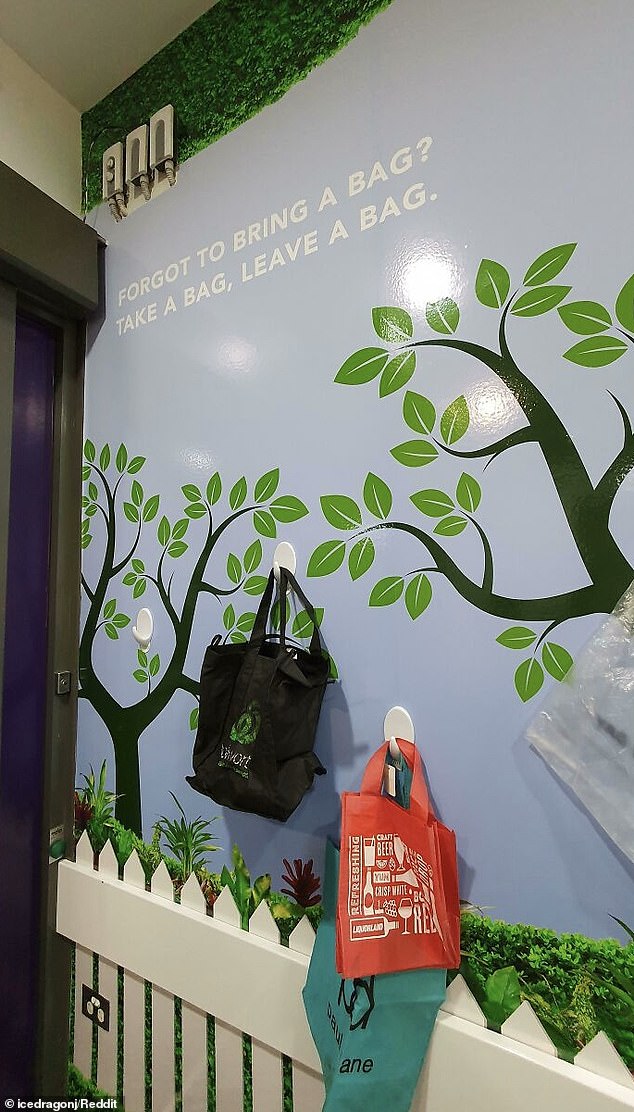 Clever! This Reddit user’s, from Australia, local supermarket added a bag wall recently near the main entrance for people to leave a bag or take a bag 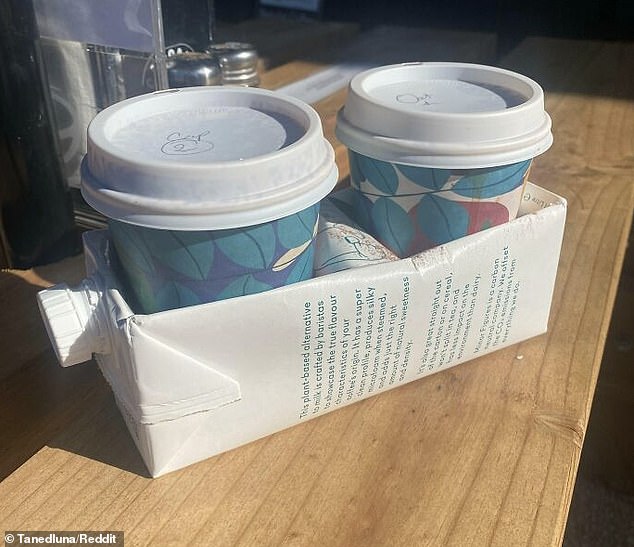