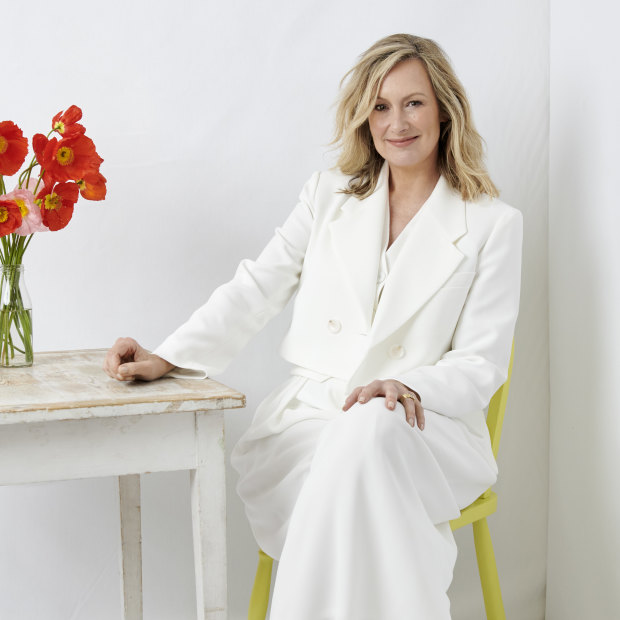 Melissa Doyle is no stranger to labels. There are the obvious: journalist, wife, mother. Then there’s the one she can’t shake.
“I read it just last night – ‘former Sunrise host’ – and I think, ‘Is that what I am forever?’ I’m super proud of it. It was an extraordinary part of my career, but you do kind of go, ‘I’ve done a few other things, too.’

“I left Sunrise over nine years ago and I still get comments on social media ‘We miss you on Sunrise’, which is lovely, but you realise that people still see you in a certain way.

“I’m sure there are actors out there – not that I’m likening myself to one – but those who’ve had a defining role. I mean, Rachel from Friends will always be Rachel from Friends, whereas in real life Jennifer [Aniston] has done so many other amazing things. But I take it as a compliment.”

As proud as Mel is of her 11-year reign as the “Queen of Australian brekky TV”, this neat little label doesn’t quite cover the magnitude of a career spanning more than three decades across TV, radio and print, not to mention additional flagship presenting roles for Today Tonight, Sunday Night and This Is Your Life.

But Mel’s illustrious career didn’t give her immunity to the challenges the last few years have thrown at us all.

In mid-2020, during the COVID-19 pandemic, Mel found herself in a “discombobulated” state: she’d just turned 50, her eldest child Nick was about to fly the coop to study in the United States, and she had lost her
job at Channel Seven after 25 years.

“I was always adamant that my job didn’t define me, that I was much more than what I did,” she says. “But when it changes, you realise that so much of yourself is wrapped up in your job. It’s a huge part of who you are, especially if you’ve been doing it a long time. You go to a party and meet someone and the first thing they say is, ‘What do you do?’ It’s part of how we relate to one another, so it took a bit of adjustment.

“Loss of identity is something we all experience at one point – and let’s be honest, a hell of a lot of people did over the past few years. But it can also be a gift. Change is a good thing. It lets you explore other things. Maybe it’s all part of the bigger picture.” 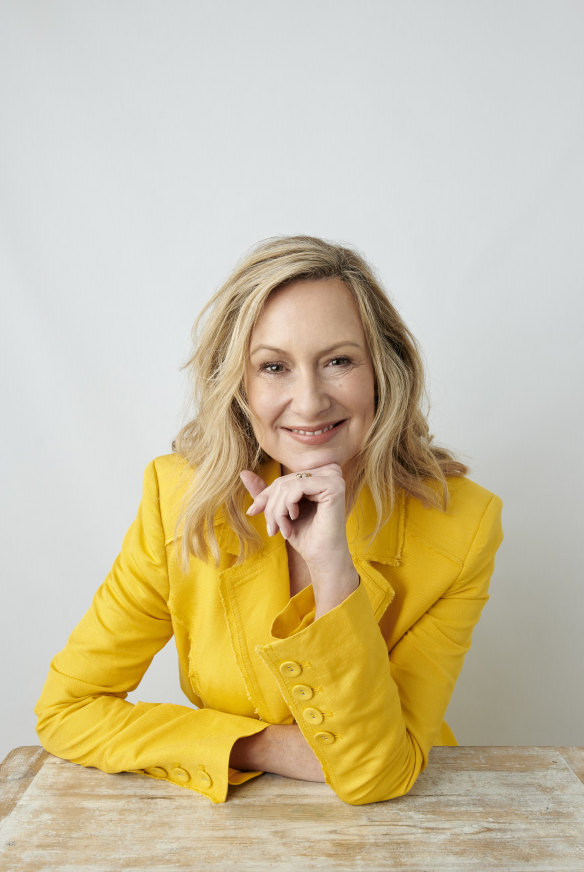 What’s abundantly clear is that Mel’s mind runs at a hundred miles an hour, and she admits she’s always thinking about the next story. Along with her trademark sunny disposition, there’s a dogged determination that comes with being a perpetually curious journalist.

During those early lockdowns, when most of us were concocting Zoom quizzes or making impressive dents in our wine cabinets, she was ready to “drive her family crazy” with her next “all-consuming” project: a book on resilience. The finished product, 15 Seconds of Brave: The Wisdom of Survivors, is a reminder that at the root of Mel’s many achievements, she’s a brilliant storyteller. It features eight survivors’ stories and how they dealt with complex and harrowing issues that include insurmountable grief, alcoholism, crippling depression, and becoming paraplegic.

You’d be forgiven for thinking the book could be a particularly gruelling exercise in toxic positivity; instead, it manages to achieve a balance between heartbreaking and heartwarming while including tangible coping mechanisms for everyday life.

Something that’s immediately apparent is that her subjects aren’t
just case studies to Mel – they’re her friends. “I have this habit when
I interview people of ‘keeping’ some of them. When they’ve shared a harrowing experience, I find it hard to just say thanks very much and walk away. And, you know, some of them came to me through Sunday Night
and were tough interviews to do. I felt a duty of care in the aftermath of them sharing everything.”

Among the exceptional people featured are Danny Abdallah, the father who lost three of his children and niece to a drunk driver; Grace Akallo, a former Ugandan child soldier; and Kat Barlow, a beautifully sanguine mother whose son, Noah, has a rare terminal disease.

“I have this habit when I interview people of ‘keeping’ some of them. When they’ve shared a harrowing experience, I find it hard to just say thanks very much and walk away.”

Mel explains that if these survivors can get through the worst experiences imaginable, then surely we can apply their attitudes and methods to areas in our own lives when we feel off-kilter.

Her own motto for life’s setbacks is simple: “control the controllable”. But she also has her secret weapon – the unwavering support of her family. 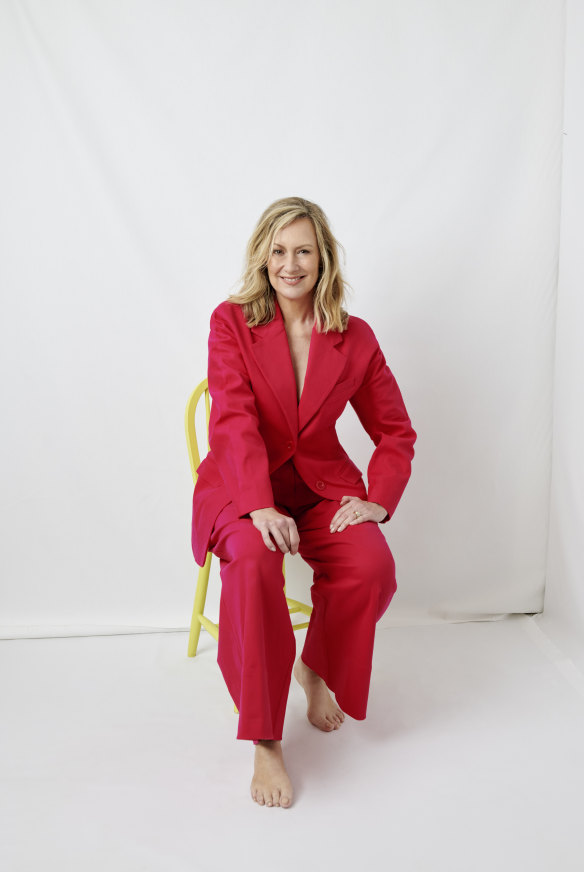 Mel met her husband, John Dunlop, when she was just 23 and they’re now in their 27th year of marriage, with two grown-up children, Nick, 21, and Talia, 18. While Mel says they don’t overanalyse matters, it appears good old-fashioned compatibility is the linchpin to their successful marriage.

“John is the steady, sensible one. I’m the one with 400 million ideas and am constantly going ‘Oh my god, I’m going to do this’ and ‘Let’s try that’. He just looks at me with that look like, ‘Okay, just sit down for a minute, dear.’

“He knows when the bills are due and where the keys are and reminds me about the important things in life when I forget. I’m so grateful to him. There’s no way I could have got up at stupid o’clock for so many years, or moved onto Sunday Night and travelled the world, or all the things I’ve done in my career without him supporting me 100 per cent.”

They are a tight-knit family and, like many mothers, Mel is discovering the double-edged poignancy of an empty (or at least emptier) nest since Nick left home in late 2020. She says her feelings are reminiscent of the kids starting school. But there is also so much joy to be had in Mel’s evolving relationship with her children.

“It’s funny; you raise them to fly the nest but forget to get yourself ready.”

“We just got off the phone to Nick and he’s doing well,” she says. “It’s hard having him living on the other side of the world, but thank goodness for FaceTime. Talia is never allowed to leave – ever. She’s at uni in Sydney so she’s still at home. It’s funny; you raise them to fly the nest but forget to get yourself ready.

“When they start school, it’s the same. You spend all this time getting them ready, but I remember dropping them off and bursting into tears. It’s the same with Nick leaving home. We were so excited and kept making sure he was on top of it and enthused and he went off, fist pumping the air and John and I looked at each other and went, ‘Oh my god!’ It’s an odd feeling.

“I’ve loved the changing relationship [with Nick and Talia], the redefining of it all. Now they’re able to have different conversations and they’re both lovely young humans, so the fact they’re mine is a bonus.” 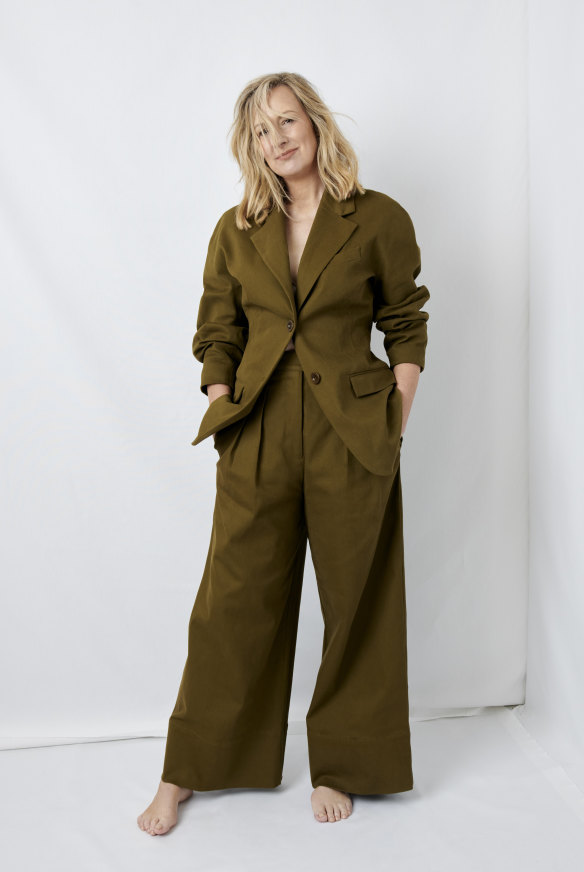 With her profile, Mel has lived over half her life in the public eye, but says she largely manages to avoid being negatively affected by it.

“All my friends are from my life in other areas – I don’t socialise in the flash circles. They’re from school or uni or mother’s group. I feel like I just lead a very normal life.

“I will get upset if something’s written that’s untrue or is trying to poke a bear, but I’ve also got to the point where I know the truth and I know the people that matter in my life – and if they know the truth, that’s all that matters. That probably sounds a bit flippant, but I value the opinions of those who matter to me and if someone else wants to make some dumb comment then, whatever.”

Another topic that has “lit a fire” within Mel in the past few years is the subject of ageing. While she has a talent for capturing the zeitgeist, she says her ongoing projects reflect how she’s feeling at that given time.

“Everyone kept saying to me, ‘How do you feel about turning 50?’ And I thought, ‘What do you mean? I feel fine.’ Everyone made such a big deal
of it, like I was going to wake up the next day different.

“Being a journalist, I couldn’t help myself, so I thought let’s create a podcast,” she says referring to Age Against the Machine, made with her friend Naima Brown. It’s also the topic of her next book, out next year.

Mel says she’ll be happy in life as long as she’s telling stories. “I like being busy. I’d be agitated if I had to spend a day doing nothing. I love learning about new people and challenging myself. That keeps my brain ticking and keeps me engaged so I will always be telling stories – who knows what will come next.”

Reflecting on her career, she says, “I hope more than anything I stuck to my integrity.” It’s safe to say that integrity is a word that’s synonymous with Mel. And being a storyteller with integrity is not a bad label to have.

15 Seconds of Brave: The Wisdom of Survivors (Penguin Random House) by Melissa Doyle is out November 1.