Photographer mother, 29, shoots her OWN son’s birth, balancing the camera on her stomach to capture incredible images of the moment he came into the world and took his first breaths

A mother-of-one shared stunning images of the moment she gave birth to her son, revealing how she snapped the photos herself while pushing her child out into the world.

29-year-old wedding photographer, Megan Mattiuzzo, wanted to capture the moment her son took his first breaths from her perspective as she lay down on the bed in the hospital during labor.

Despite having several friends who offered to take the photos for her the photographer, from Hamburg, New York, was adamant that she wanted the photo to be taken from an angle only she could capture it at. 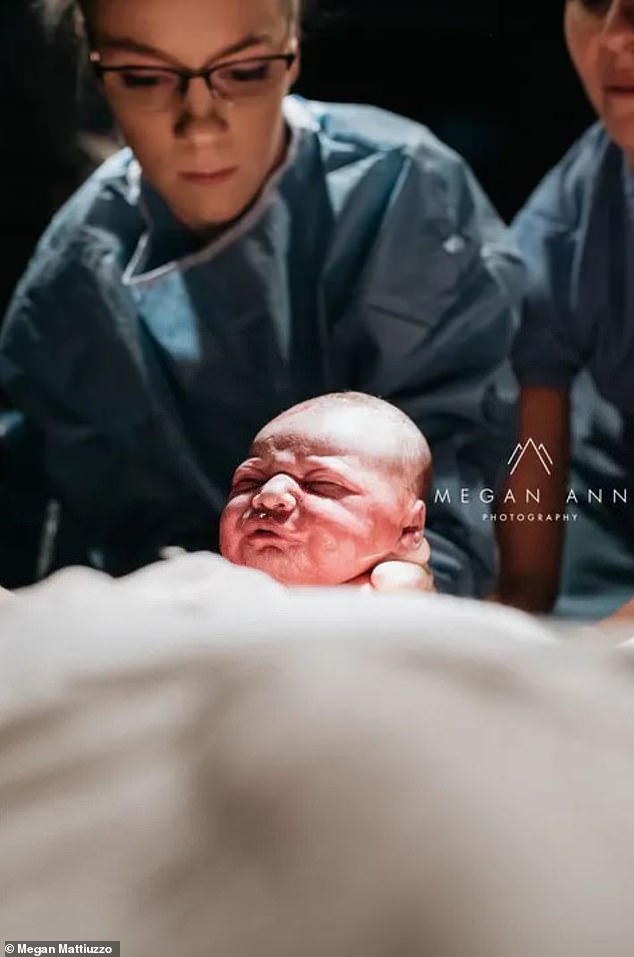 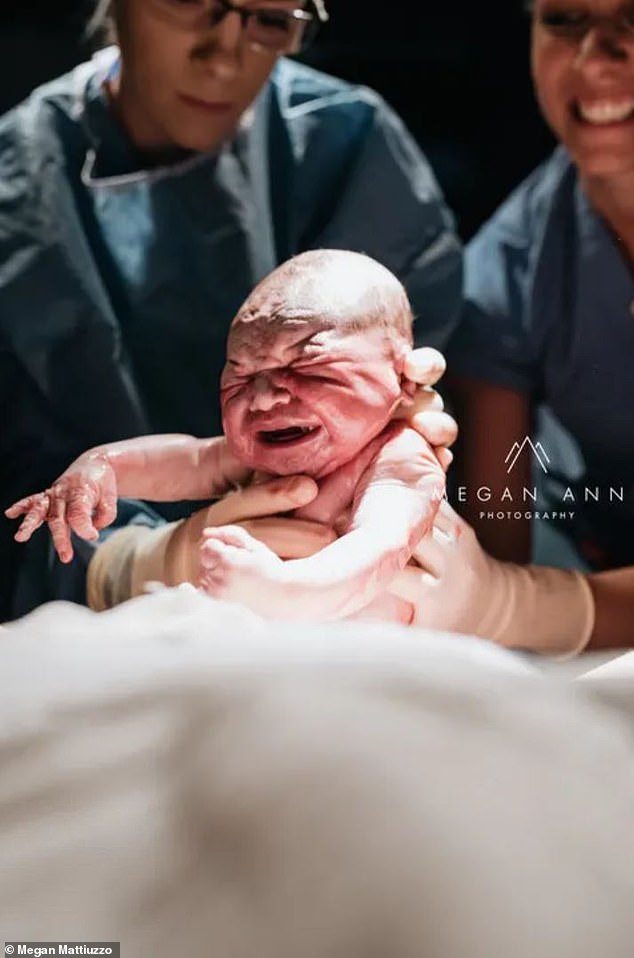 Wow! The 29-year-old photographer balanced her camera on her stomach and looked in the view finder in her camera to take the photos as her son was delivered 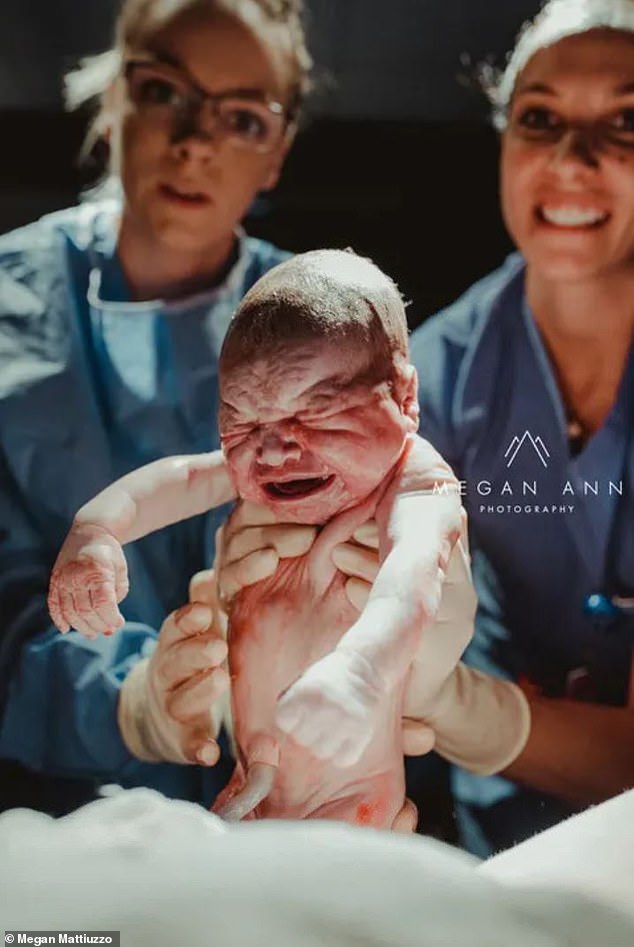 Special: Megan, from Hamburg, New York, said she wanted to capture the unique photos from an angle only she could capture them from in order for them to be even more special

The new mother told Buzzfeed News that she was eager to capture the moment her son took his first breaths.

She said: ‘I wanted one photo and it would be from my perspective from what I’m seeing: my son’s first breaths and what he’s seeing in the world.

‘They all said they thought I was crazy,’ she said, explaining that friends had offered to take the photos for her so she didn’t have to do it while also giving birth.

And eager to capture the photos herself, Megan ensured she was well prepared for when the special moment arrived.

The 29-year-old made sure she had adjusted her camera’s settings to suit the lighting of the hospital room.

She had her husband hold the camera for the majority of her labor, which she described as ‘very intense’.

Megan explained: ‘My epidural wasn’t a hundred per cent effective. The left side of my stomach didn’t take [and the] labor was very intense.

‘At one point I looked at my husband and said. “I don’t know if I can do this,”‘ she added.

However, the difficulty of labor didn’t stop Megan from capturing the special moment.

She explained that it was during the last ‘push’ that she took the camera from her husband and prepared to shoot the photos.

She said: ‘About an hour into my pushing, my doctor said, “This should be your final push,” and I tucked my chin to my chest, I balanced my camera on my stomach, I looked in my view finder, and started shooting.’ 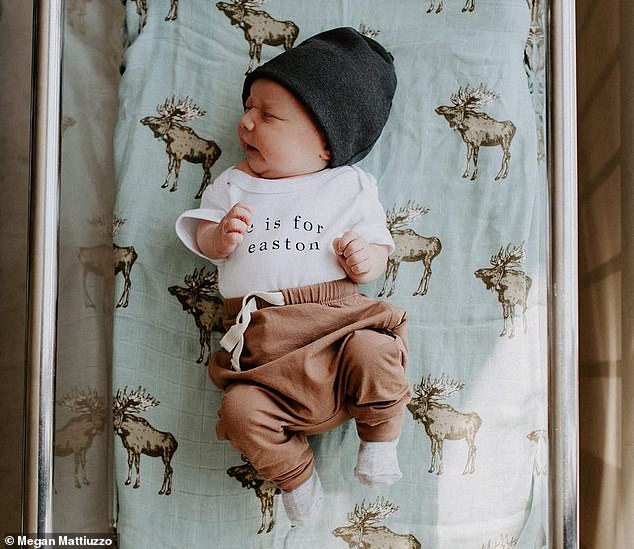 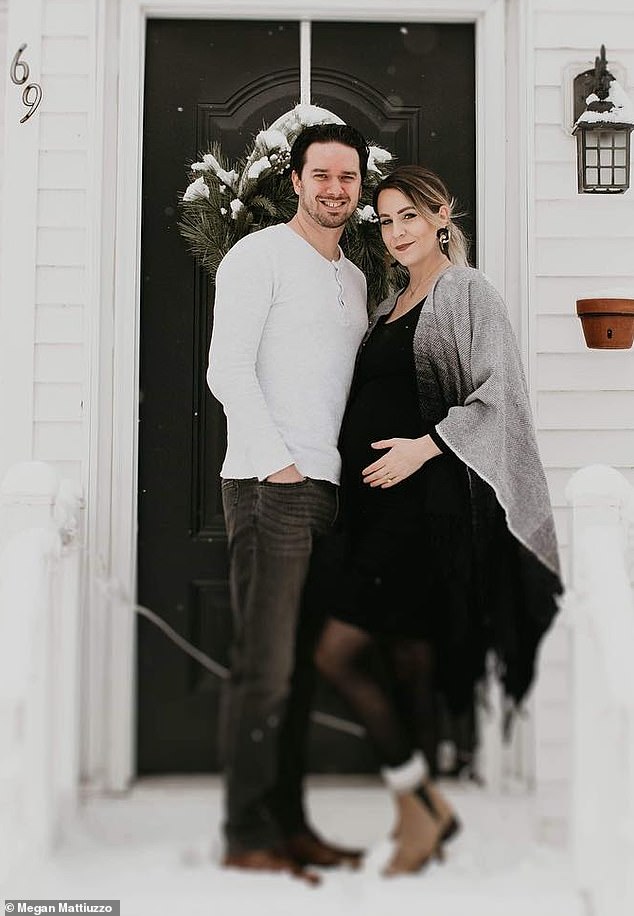 Happy: Megan (pictured with her husband) said her husband held the camera during her labor until she was ready to capture the photos during her ‘last push’, when she took it from him 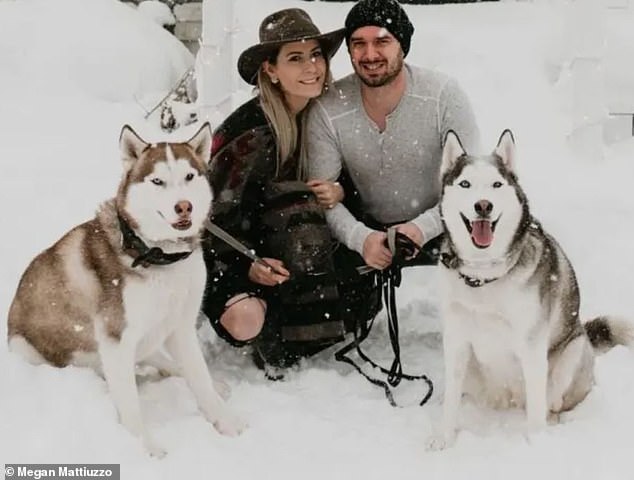 Sentimental: The new mother and photographer said she is glad she managed to take the special photos, despite struggling through an ‘intense’ labor

And although it was hard to shoot photographs while delivering her baby, Megan said it was helpful to have something to take her mind off it.

She said: ‘The focus went away from the pain. It’s your son, it’s your child. Seeing him… I can’t describe the feeling.

‘You go nine months not knowing what they look like, who they are. And then to see finally see a healthy baby, you’re just overwhelmed with happiness,’ she added.

The impressive photographs perfectly document the newborn’s first few seconds as he was delivered and then held by midwives.

Speaking about the photos she captured, Megan said: ‘First you see the top of his head…then his hands…it was amazing.’

She added that the moment resembled a ‘Simba moment’ – referring to a scene in Disney’s The Lion King.

She explained that after capturing the images, she gave her husband back the camera so she could hold the baby.

Megan said she is glad she stuck to her plan and took the photos, as she now treasures the precious photos.

Megan shares her work, most of which consists of wedding photography, on her website and Instagram page.