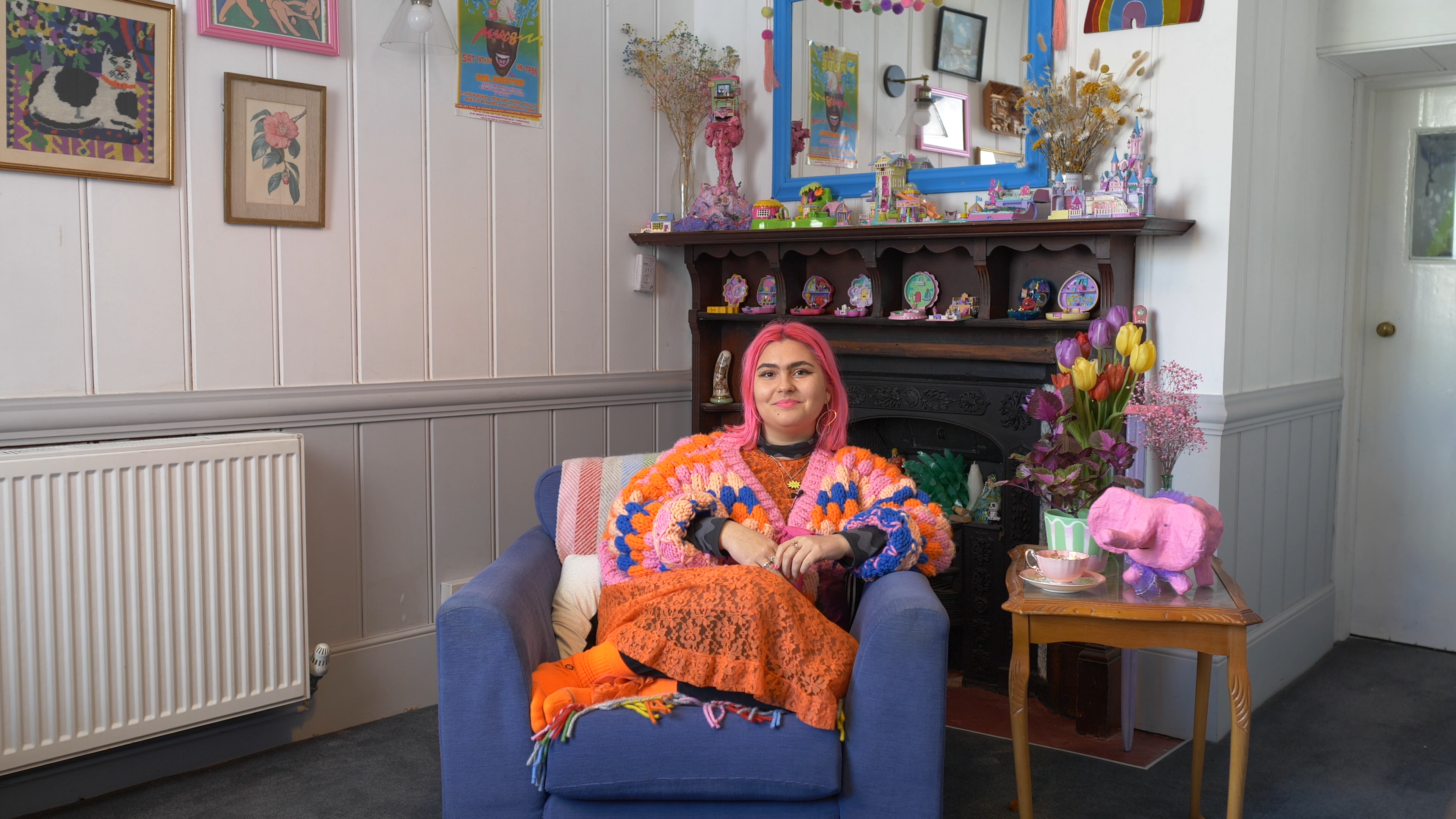 As I was walking along the beach last summer, I spotted a friend up ahead.

But she wasn’t just a friend – she was someone my partner of four years had been dating for the past few months.

Rather than panic or shy away, I ran up to her, gave her a big hug, and we spent the rest of the walk catching up together. We talked about what we’d been up to over the summer, how I was settling into the town – having recently moved – and making future plans to hang out together soon.

Often, depictions of non-monogamy are sensationalised, but the reality is that dating multiple people looks and feels pretty normal for me.

Non-monogamy isn’t new. There are countless examples of it in human history and across nature too – of the roughly 5,000 species of mammals, only 3-5% are known to form lifelong pair bonds.

And over the past few years, I’ve noticed a cultural curiosity about non-monogamy. Whether it’s the questions I get in my DMs from followers when I post about my relationship style, the number of people who want to come to my non-monogamy talks, or the fact it’s coming up in conversation more and more with my monogamous friends. Yet there’s still a whole host of misconceptions and assumptions that people make about it.

I’ve been non-monogamous for six years. I’m not anti-monogamy. It’s worked for me in the past and it’s a beautiful, valid relationship style. But it’s just one of many ways of doing things, and I wish we weren’t raised to see monogamy as the default way to form romantic and sexual connections.

Besides the occasional derogatory joke on TV about swingers, growing up I had no idea non-monogamy existed.

After ending a relationship in 2016, I downloaded a whole range of apps on a whim, and while I didn’t last long on most of them, there was something about the people on Feeld that drew me in. I found it to be a much more open-minded space than the others.

Six years ago, I matched with a cute person and in his profile, it said that he was polyamorous. I had to look up what that word meant, and thought it sounded interesting.

I was single at the time and was looking to date casually. Through hanging out with him and meeting his partners, I got to be a fly on the wall, observing some of the dynamics and asking questions.

I went round for tea when he moved in with his nesting partner – the person he spent the majority of his time with – and being full of questions about how cohabiting was working when they had multiple partners.

They had a spare bed (a luxury in London), which enabled them to have other partners over much more easily, and they were making sure they carved out enough time for the two of them to bond in the house, as well as spending time with the other people in their lives.

Learning from people within the community really helped to destigmatise my attitudes to non-monogamy, because I could just see it as something that clearly really worked for them. Why couldn’t it work for me?

The first few dates I went on with polyamourous folks were exhilarating, but also unnerving. I was having to unlearn so many of the traditional messages I’d learnt about love.

We’re given a pretty clear script of what relationships are ‘meant’ to look like, and it felt strange to be venturing into uncharted territory. I also put pressure on myself to be an expert on all of this straight away – looking back, I wish I’d allowed myself to acknowledge how nervous I was, safe in the knowledge that my confidence would grow over time.

In the years since, I’ve explored a few different relationship styles and landed on something that really suits me. I have a nesting partner who I live with, and we’ve been non-monogamous from the beginning of our relationship in 2018.

I also have a couple of other partners and sexy friends who I really care about, and who bring a lot of joy into my life. There’s a casualness to these connections, yet they’re committed. Some of these sexy friends are people I’ve known for years, where we’re committed to being in each other’s lives for the long term.

Because I’m not looking for that ‘one person’ to complete me, I find that I’m able to appreciate people for who they truly are in non-monogamous dating, rather than trying to fit them into a box that isn’t right for them.

Most of the people I’m romantically and sexually involved with know each other, and without wanting to oversimplify it, all of this feels really normal to me.

I rarely experience non-monogamy-related drama – like deception or boundaries being violated – because we’re all pretty good at communicating how we’re feeling and what we want from each other. And over the past six years, it’s been really liberating to build relationship styles and dynamics that really truly work for me, rather than feeling like I have to follow a script of what a relationship ‘should’ look like.

Sure, there were mistakes made along the way. I found the first few years tough, because I was trying to dismantle all the cultural assumptions that emphasise monogamy that I’d grown up with – particularly jealousy – as well as having to justify my relationship style to some of the more sceptical people in my life.

And I found myself in the midst of a love triangle early on, because none of us had learnt how to communicate about our feelings and expectations yet. But I’ve learnt from these mistakes, and they’ve helped me to feel a lot stronger about who I am and what I want out of my relationships.

Initially, the biggest assumption I made was that the most important connections would be the people I was dating or sleeping with

I’ve also had some difficult conversations with mutual friends who’ve demanded I justify myself, and accused me of being selfish/greedy/terrified of commitment.

Early on, I tackled these conversations head on, determined to show them that this truly works for me. But at some point, I stopped feeling the need to defend myself because some people just aren’t going to get this.

And of course lockdown didn’t help, when I found myself stuck on the other side of the country from one of my lovely partners, and disconnected from my wider non-monogamous community.

But I can honestly say that after a few years of trial and error, I’ve found my groove and non-monogamy is an established part of my life.

Nowadays, the biggest challenge I face is time management, because I’ve made connections with lots of truly amazing people but only have so many hours in the day to hang out with them!

Initially, the biggest assumption I made was that the most important connections would be the people I was dating or sleeping with. Of course these are important, but what I wasn’t expecting was the platonic relationships I would form within this community and just how special they’d be to me.

Take one of my closest friends. Because we’re both non-monogamous, there’s a level of understanding and support that we provide for one another that I might struggle to get from monogamous friends.

She understands and can empathise with my lived experiences so well, because she’s been through really similar stuff. To have people who really get what you’re going through – and who’ll listen to your problems without judgement – makes a huge difference, especially in the early days when you’re figuring out how non-monogamy might work for you.

Like with queer communities, the concept of a chosen family is really important when it comes to non-monogamy.

The key is, there are as many ways to do non-monogamy as there are relationships. These kinds of conversations benefit all of us, whatever your relationship style.

Every single one of our relationships are different and non-monogamous or not, it’s so important to remember that we can tailor them to work for us.

But the pillar stones of any relationship remains the same – it’s all about healthy communication, facing the challenges with compassion and being curious.

You can listen to Ruby’s podcast here.

John Stamos Gives Tour of His $5.8 Million Home With Help From His Son