RAF veteran, 100, who fought the Nazis reveals how men posing as water workers stole priceless war medals and thousands in cash from his home and says ‘I thought they’d have more respect for my old age’

A 100-year-old RAF veteran who had his war medals stolen said the robbery was a ‘terrific shock’ for him and his wife.

Jan Stangryciuk, who lives in Ealing, West London, discovered his war medals were missing after he let three men posing as workers from a water company into his house.

Mr Stangryciuk also realised the men had taken thousands of pounds in cash he had saved for a trip back to Poland, as well as jewellery with sentimental value. 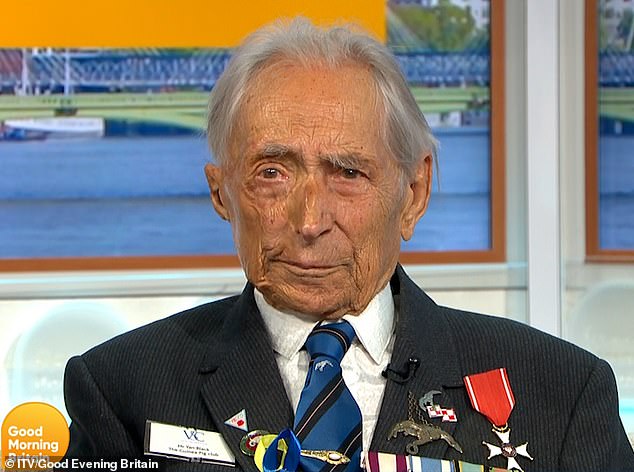 Jan Stangryciuk, 100, originally from Poland but now living in Ealing, West London, was the victim of a heartless robbery 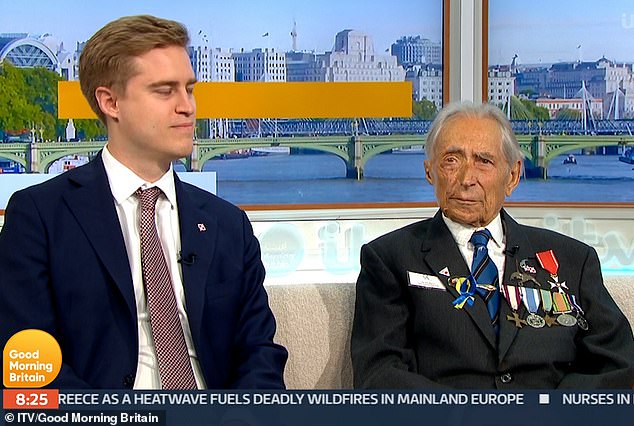 George Byczynski, a friend of the war hero who met him through the Polish community, has set up a GoFundMe page to raise money for Mr Stangryciuk and his wife

Speaking to Ranvir Singh and Ed Balls on Good Morning Britain, Mr Stangryciuk, originally from Poland, said he let the men into his house thinking he could trust them.

The war hero, who brought his telegram from the Queen for reaching his 100th birthday to the studio added he had been saving money at home, which had now been stolen.

Mr Stangryciuk said: ‘I wanted to have a few pounds saved and of course it was a shock for me that such a thing happened.’

He added: ‘I thought the people who committed the crime probably should have more respect for my old age.’

Jan was born in Eastern Poland in 1922 before moving to Argentina with his family at the age of 12. While living there, he volunteered for the Polish armed forces. 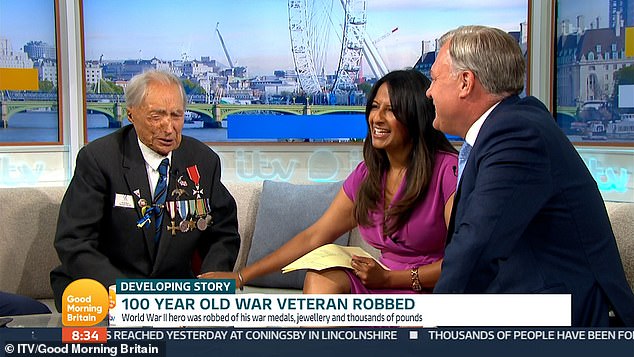 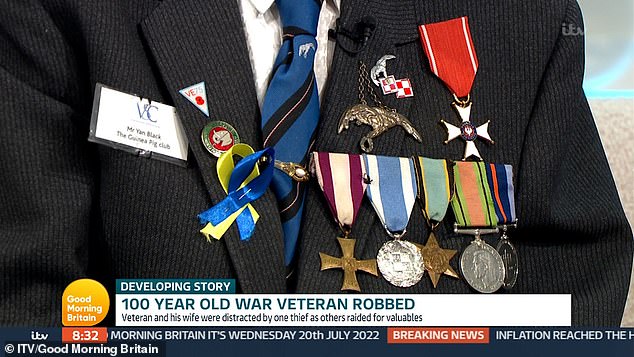 In 1942 when he was 20 years old Mr Stangryciuk arrived by ship to Belfast where he joined the RAF.

While training, one of the veteran’s flights crashed. Despite his best efforts to save the crew, Mr Stangryciuk was the only survivor.

The war hero was left with horrific burns which left him in hospital for months, and underwent 20 operations to reconstruct his face.

Despite the trauma of what he had lived through Mr Stangryciuk remained strong – but terror struck once more last month when he and his wife were robbed.

Since the traumatic incident Mr Stangryciuk’s friend George Byczynski, who met him through the Polish community in West London, has rallied support for the veteran and helped raise more than £13,000 to replace the money that was stolen.

Describing Mr Stangryciuk as a ‘living legend’ he said the war veteran was an ‘incredible person’.

Speaking about what happened to his friend, he said: ‘There are a couple of bad apples but when you go on the fundraiser on GoFundMe page then you see over 400 that were putting in money to help.’

As he told his story to the GMB presenters, Mr Stangryciuk thanked them for their interest in his story and for taking the time to speak to them.

He added: ‘I’m used to surviving in difficult days and I still try to do that.’