Prince and Princess of Wales’s friends are ‘sickened’ by the portrayal of ‘stony-faced’ Kate in the trailer for Prince Harry and Meghan’s Netflix docuseries, royal expert says

Friends of Prince William and Kate Middleton have said they are ‘sickened’ by the way the couple have been portrayed in the trailer for Prince Harry and Meghan Markle’s upcoming docuseries, The Mail’s Richard Eden has revealed.

Speaking to Mail+, the expert said he was personally ‘appalled’ by the trailer, which was released by Netflix today, which he said was ‘everything we feared’.

The one-minute clip showed a host of never-before-seen pictures of the Duke and Duchess of Sussex, as well as a black and white picture of a stony faced Prince and Princess of Wales taken during the Commonwealth Day Ceremony at Westminster in 2020.

Richard said Harry and Meghan, who are based in Montecito, California, deliberately aimed to ‘upstage’ his older brother and his wife, who are currently in the US visiting Boston ahead of William’s glitzy Earthshot Prize reception tomorrow night. 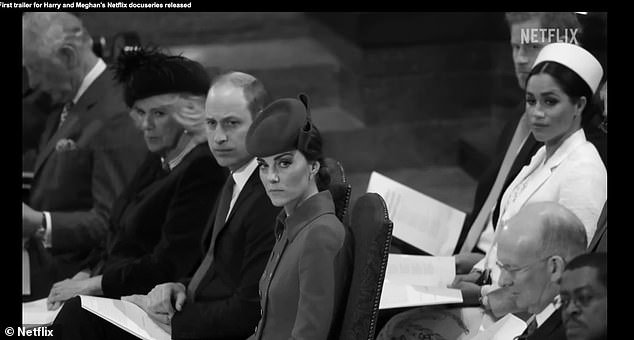 Friends of Prince William and Kate Middleton have said they are ‘sickened’ by the way the couple have been portrayed in the trailer for Prince Harry and Meghan Markle’s upcoming docu-series, Richard Eden has revealed

‘I was appalled when I watched this trailer, frankly, It’s everything we feared, it really is,’ Richard told Mail+.

‘I’ve heard from Friends of Prince William and Catherine today, and they’ve been frankly sickened by what’s appeared in this video. 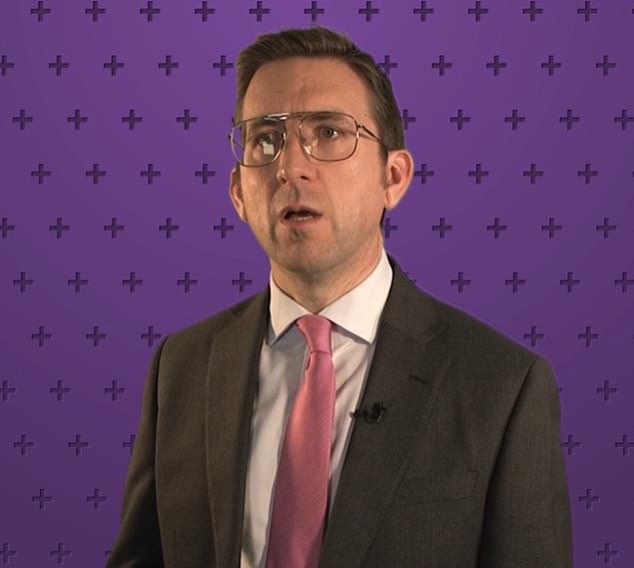 Speaking to Mail+, the expert said he was personally ‘appalled’ by the trailer, which was released by Netflix today, which he said was ‘everything we feared’ 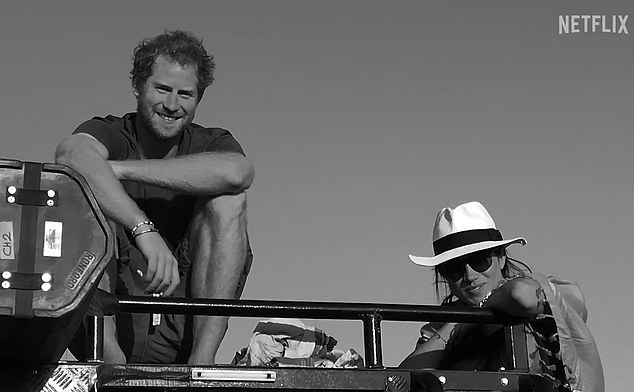 A photo of Harry and Meghan aired today that shows the couple together on holiday, possibly during a safari 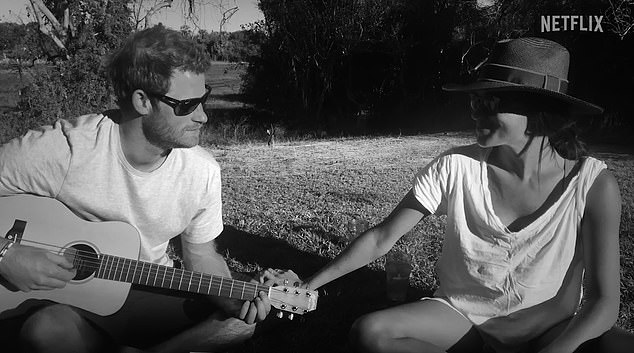 ‘The use of William and Catherine and the image and the way it’s presented, my goodness,’ he added.

He said he was particularly shocked about the juxtaposition of footage of Meghan crying, and a picture of a ‘stony faced, stern image of Catherine at Westminster,’ which was taken on Commonwealth Day in March 2020.

‘Remember, this is a service that Omid Scobie, Meghan’s cheerleader, wrote about,’ Richard pointed out.

‘He said that Harry and Meghan had been left that William and Catherine had refused to make even eye contact with them that day and this seems to be referring to that.’ 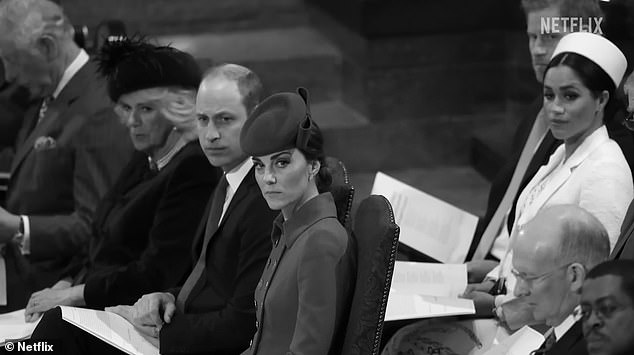 The expert went on to say friends of the Prince and Princess of Wales have pointed out that the team behind the docuseries ‘seem to have gone to great lengths to find the one unflattering image of Catherine for this trailer.

‘I mean come on, Meghan is meant to have given up acting but she seems to be back acting again for this reality show or documentary series.

‘We don’t just see her in tears at one point. That’s not enough: not one single tear dripping down her cheek. No, no, she has to tub her face to emphasize these tears, ‘ he went on. 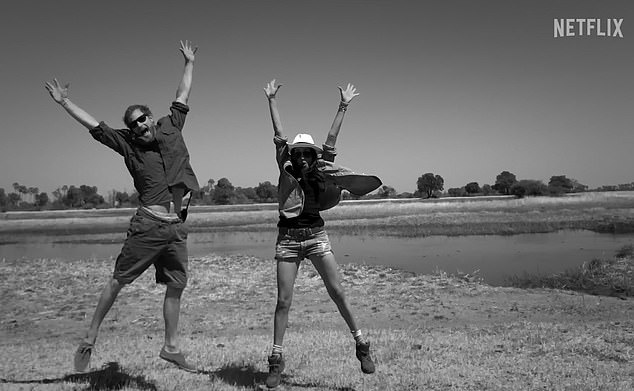 ‘This could be an Oscar winning performance.’

Richard also commented on the timing of the trailer’s release, which coincides with William and Kate’s visit to Boston.

‘The timing of this trailer could hardly be worse,’ he said.

‘We’ve got William and Catherine going on their big American visit. They’ve got the ceremony for the Earthshot Prize on Friday. And the day before comes this curtain racer comes this trailer, which of course will attract huge interest and be watched around the world. 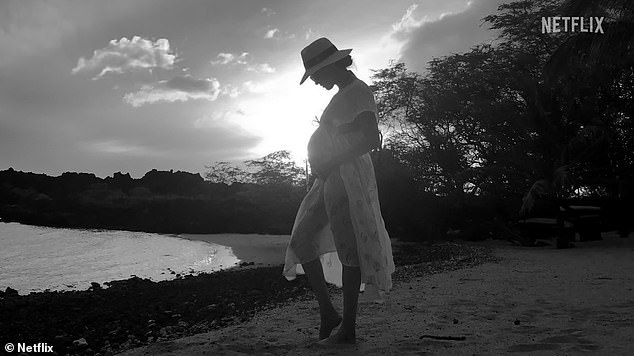 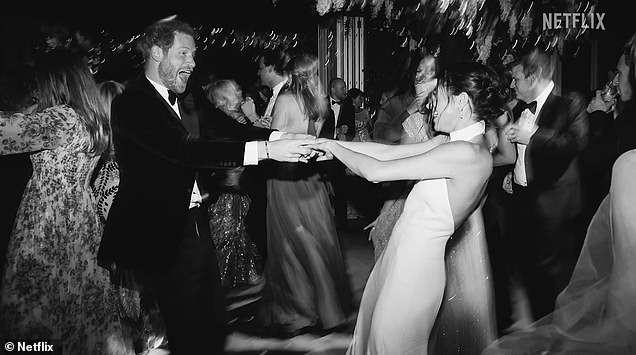 In one previously unseen photograph from their wedding, the Duke and Duchess can be seen dancing together

He added the day of the release was no accident on Harry and Meghan’s part.

By Jack Wright for MailOnline

The Prince and Princess of Wales released a snazzy new Instagram video from their US tour just minutes before the Duke and Duchess of Sussex’s trailer for their bombshell Netflix documentary series dropped today.

Prince William and Kate Middleton shared a short video which showed the royal couple enjoying an NBA game between the Boston Celtics and Miami Heat at the end of the first day of their visit to the States.

The video shared on their official Instagram account was captioned: ‘Baskets in Boston… Fantastic to celebrate the arrival of #EarthshotBoston2022 in the city and meet members of the community doing amazing things to protect and restore our planet.

‘It’s a deliberate attempt to upstage [Kate and William] and the use of their images in it really rams that point home, you know, this documentary series is meant to be about Harry and Meghan. Yet, they’re featuring William and Catherine in the one minute trailer.

‘I think the royal family will be waiting nervously to see what’s in it next week, you know.

‘The trailer is deliberately meant to whet the appetite of the public and that’s what it’s doing and they’re certainly hinting at, you know, a lot of controversy, a lot of scandal.

‘It’s “see behind closed doors,” that’s what they are emphasising in this trailer. I think there’s going to be a lot of nerves in the palaces this evening,’ Richard concluded.

The explosive trailer for Harry and Meghan’s $100million (£88m) Netflix docuseries dropped today, with the couple sharing an intensely personal reel of never before seen photos including several of the Duchess crying.

In a hint of fresh attacks on the Royal Family, Harry is heard saying, ‘no one sees what goes on behind closed doors’ just before an image flashes up of Meghan holding her head in her hands while speaking on the phone.

In another photo, Meghan, 41, is seen sitting next to Harry, 38, on a sofa, with the Duchess holding both hands up to her face while he looks exasperated. The other black and white snaps provide an intimate snapshot of their life, and include Meghan cradling her baby bump, Harry playing the guitar and the couple dancing at their wedding.

Today, the Prince and Princess of Wales released their own snazzy new Instagram video just minutes before the Netflix trailer dropped.

The Sussexes’ one-minute-12-second clip opens with a producer asking ‘why do you want to make this documentary?’ before several dozen photos flash up of Harry and Meghan sharing time together, along with one image of the Prince and Princess of Wales.

Harry is heard saying, ‘no one sees what goes on behind closed doors’, before viewers see a photo of a distressed Meghan talking on the phone.

‘I had to do everything I could to protect my family’, the Duke adds later.

The trailer finally cuts to his wife, who says: ‘When the stakes are this high, doesn’t it make sense to hear our story from us?’

The Sussexes have been paid a rumoured $100million (£88million) for the fly-on-the-wall series, which has left the Royal Family braced for more damaging accusations from the couple. 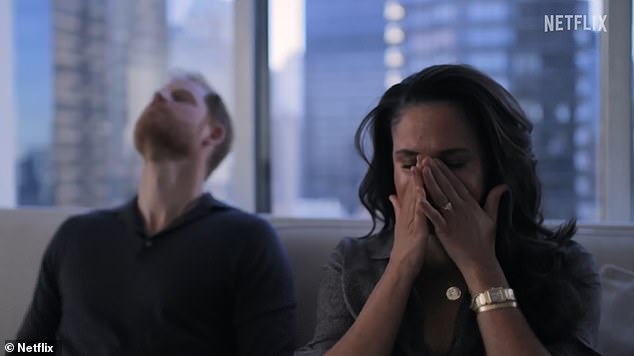 In another image, Meghan is seen sitting next to Harry on a sofa, with the duchess holding both hands up to her face while her glum-looking husband has his head tilted backwards

Netflix said today in a statement: ‘At its core, their relationship looks like many others: they met, had a whirlwind romance, fell in love, got married, had children, and built a life based on shared values and mutual support of each other’s work and ambitions.

‘But the Duke and Duchess of Sussex are no ordinary couple. Theirs is one of the most high-profile love stories in history, and even the most plugged-in fans and followers of their story have never heard it told like this before.

‘Harry & Meghan is an unprecedented six-part documentary series that explores the span of their relationship, from the early days of the couple’s courtship to the challenges and controversies that prompted them to step back from the royal family.

‘The series includes interviews with family and friends who’ve never spoken publicly about the couple’s relationship before, as well as historians and journalists who dissect how media influenced Harry and Meghan’s relationship with the royal family and the Commonwealth at large.’

The timing is awkward for the Prince and Princess of Wales – whose US tour was overshadowed by ‘racist’ comments made by Lady Susan Hussey at an event hosted by Queen Consort Camilla.

Ngozi Fulani said she felt ‘interrogated’ by Lady Susan about what country she came from, despite being born in the UK and stating multiple times that she was British. Officials said they were taking the incident ‘extremely seriously’.

As the Sussexes unveiled their glitzy publicity push, William and Kate’s troubles deepened today as one of the UK’s leading lawyers claimed that Lady Susan Hussey also asked him about his heritage at the same function.

Nazir Afzal, 60, Chancellor of the University of Manchester and ex-chief prosecutor of the CPS under Sir Keir Starmer, reacted to the row by declaring: ‘Racism is never far away’.

Ms Fulani has made headlines around the world after Buckingham Palace was engulfed in a toxic race row that saw the late Queen’s chief lady-in-waiting – and also Prince William’s godmother – resign after asking her ‘which part of Africa are you from?’

Mr Afzal tweeted: ‘I was at the Buckingham Palace reception at which Lady Hussey questioned the heritage of a brilliant DV expert Ngozi Fulani. She only asked me my heritage once & seemed to accept my answer – Manchester currently!’.

The Royal Family will be braced for further negative headlines when the Sussexes’ Netflix show airs, reportedly next Thursday.

Prince Harry and Meghan Markle announced their deal with Netflix just six months after setting up home in California in March 2020, saying they wanted to provide ‘hope and inspiration’ by teaming up with the streaming goliath.

The Duke and Duchess said their company, unnamed at the time but now known as Archewell Productions, would make documentaries, feature films, scripted shows and children’s programming. It’s previously been reported that the Duke and Duchess were ‘at odds’ with the production staff on their Netflix docuseries because the ‘panicked’ couple wanted to make ‘such extensive edits’ that the team believe the project could be ‘shelved indefinitely’.

Jane Fonda has no interest in getting married again