The water that flows through the Royal National Park’s Camp Gully Creek is usually sparkling, but it is now black and murky and the river bed is coated in sludge after a pollution incident involving a local mine.

Local trail runner James McCormack was jogging past the Hacking River last week when he noticed a black substance floating atop the water. 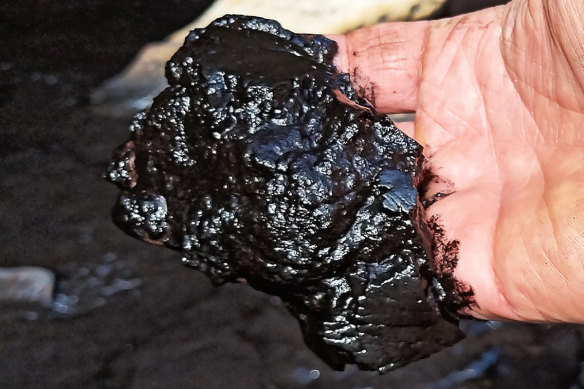 “There’s this inky black water flowing quietly through otherwise pristine rainforest and mossy boulders,” said McCormack, who is also the editor of Wild Magazine, an adventure and conservation publication.

McCormack went to investigate the source of the sludge and said it was coming straight out of a mine. He reported the issue to the NSW Environment Protection Authority, which is now investigating the matter.

The Environment Protection Authority said it had located black, fine-sized coal particles in the Camp Gully Creek which had come from the Metropolitan Colliery mine at Helensburgh. The creek is a tributary of the Hacking River

The agency issued the mine with a prevention notice on Friday.

Peabody Energy has previously been in hot water twice this year. In June, the mine was fined $15,000 for polluting a local waterway in Helensburgh and, in August, an overflow event resulted in the Environment Protection Authority imposing a licence condition on the mine which required them to do an ecological evaluation to identify options for removal of coal materials from Camp Gully Creek. 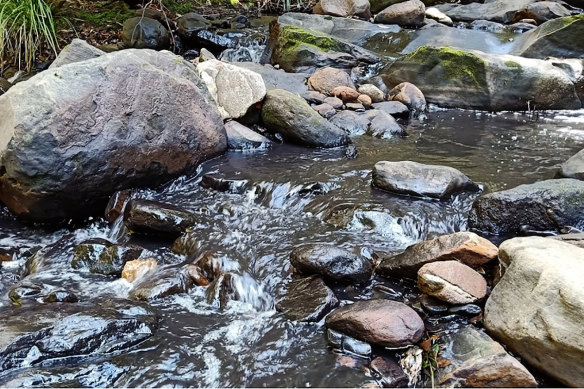 The Environment Protection Authority and mine are working together to clean up the area.Credit:James McCormack, Wild Magazine

A spokesperson for the agency said its officers have collected water samples and are conducting further assessments after the most recent incident to determine the ecological impact on the creek.

“The EPA will take regulatory action if the investigation identifies any breaches,” the spokesperson said.

Clean-up of the site began this week and the Environment Protection Authority is seeking additional information to ensure any methods to return the creek to its usual state have minimal impact on it and the surrounding areas.

NSW Greens MP Sue Higginson visited the site on Friday and said where the Hacking River and Camp Gully Creek met was a “horrifying” site.

“We walked through the forest, not far from off the road and when we got to the banks of where the Hacking River confluences with the creek … we were watching this sort of black, cloudy murky water from the creek flowing straight into the Hacking River,” she said. “It was quite alarming really.”

“It was sludgy, black and it was everywhere. It seemed wrong. I picked up stones out of the creek and they were coated with this black, sludgy stuff.”

Peabody Energy said the company took its environmental responsibility seriously and that it had taken immediate action to rectify issues following events earlier this year.

“From January to the end of July this year, the mine has received almost 2500mm of rain, nearly double the expected annual rainfall in just seven months,” the spokesperson said. “Peabody continues to work closely with the Environmental Protection Agency to address the impacts of further heavy falls received at [the] site recently.”

“Following an independent review of surface water management, a comprehensive program of civil works is underway to improve management of excess stormwater and we have engaged external environmental experts to identify impacts to local waterways and advise on practical remediation measures.

“Our own environmental team has already carried out remediation work in the immediate vicinity of the site and we are committed to undertaking any further activities that may be required in nearby waterways to improve environmental outcomes.”

NSW Environment Minister James Griffin said he had spoken with the mining company involved to express his concerns and desire to ensure remediation occurred urgently.

In a separate issue, heavy rain over the Hacking River catchment earlier this year postponed the reintroduction of 10 platypuses, which was set to occur last month. Dr Gilad Bino, a researcher at the University of NSW who is involved with the platypuses’ release, said the animals were susceptible to water variability. Bushfires and droughts over the past three years had impacted their species.

The Department of Planning and Environment is investigating the impact of heavy rain in the area by way of water quality testing and macroinvertebrate sampling. The department plans to release the platypuses in the coming months when conditions are more favourable.

Most Viewed in Environment

275 charged and 400 investigations: What we know about the “unprecedented” Capitol riot arrests